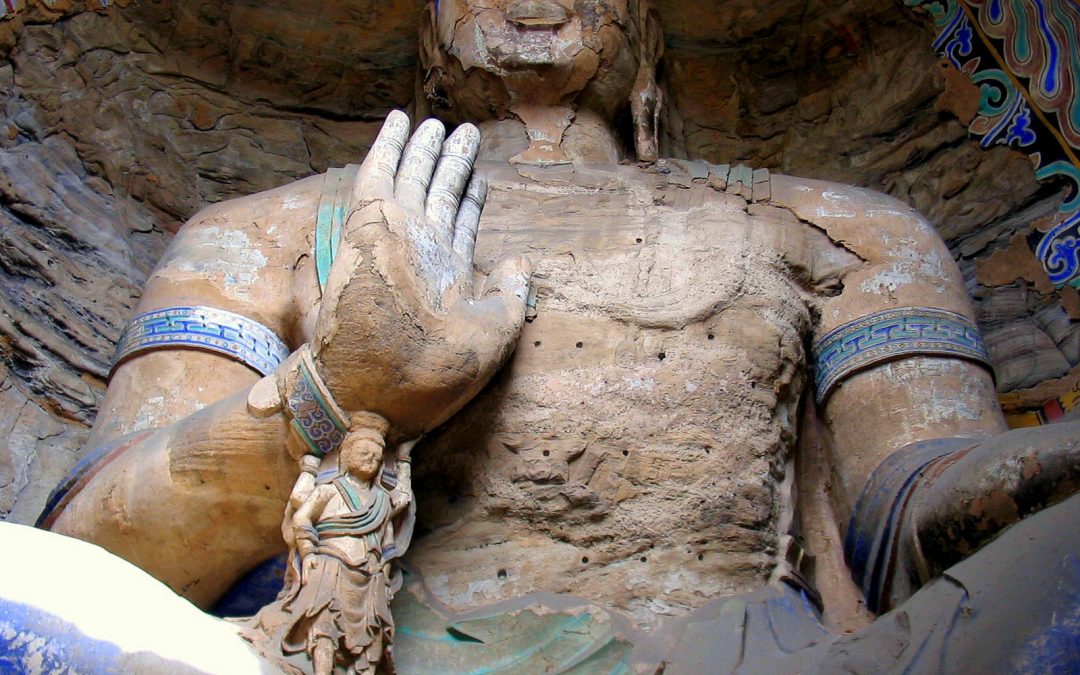 “The Buddha in grotto 13 is suffering from various levels of decay, as is the colourful plaster on the backing of his cave, most of which is gone – a little to the original is visible in the top right of this image. During carving, the large right arm of the Buddha needed support hence the need to carve a smaller Buddha.” 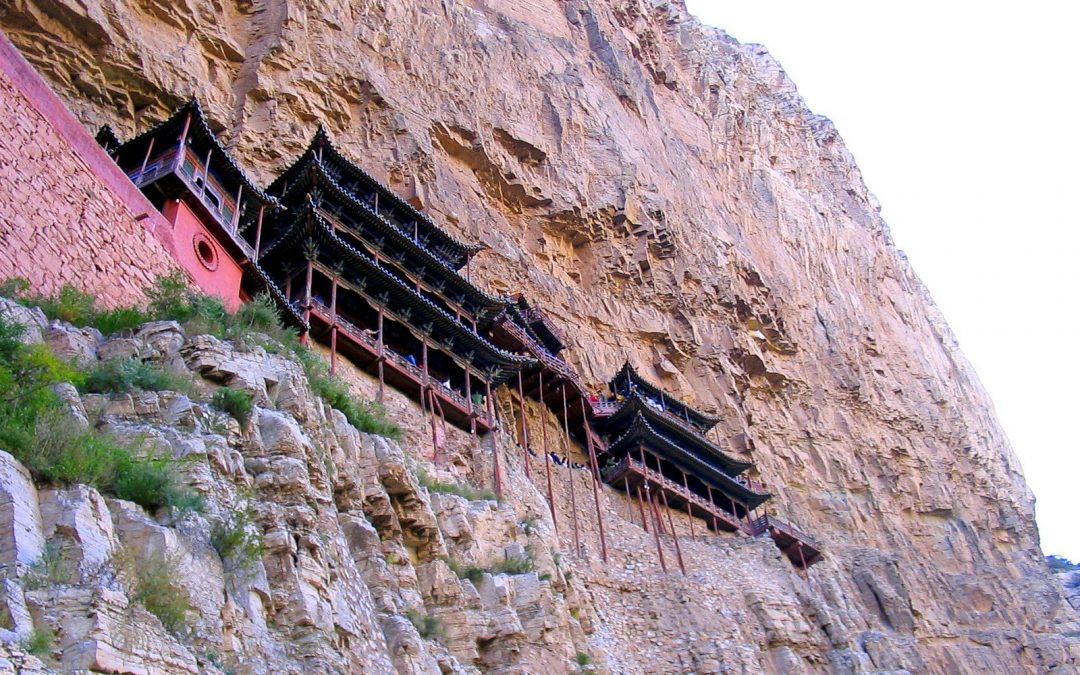 “The 50m-high structure is propped up on long oak stilts anchored to the ledges below & supported by crossbeams with the main supportive structure hidden inside the bedrock.” 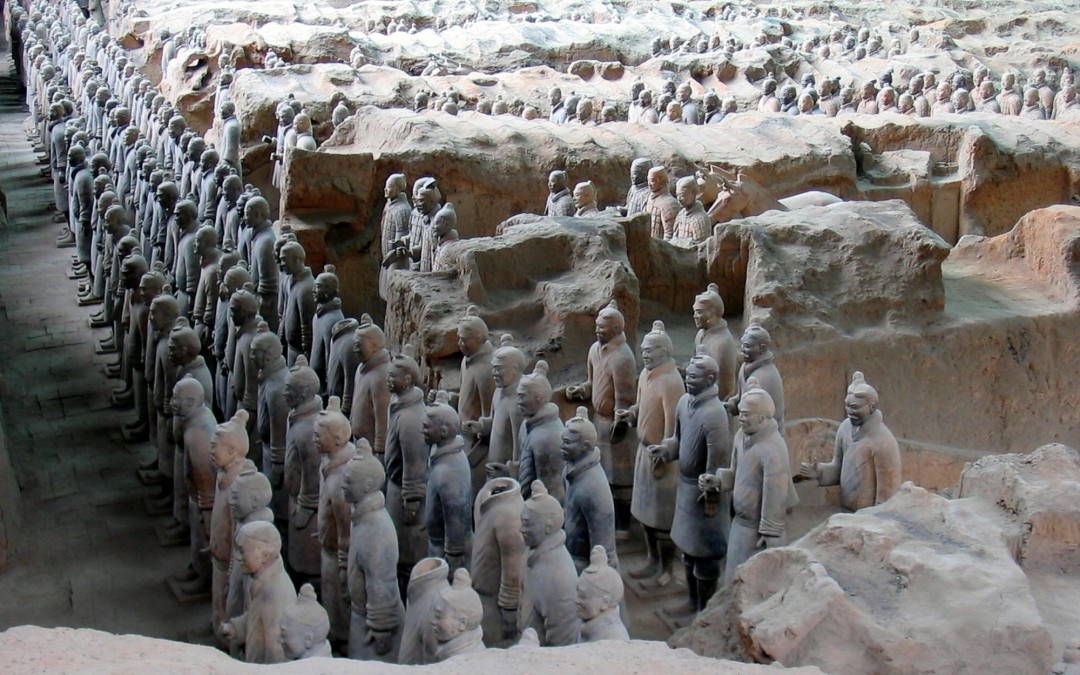 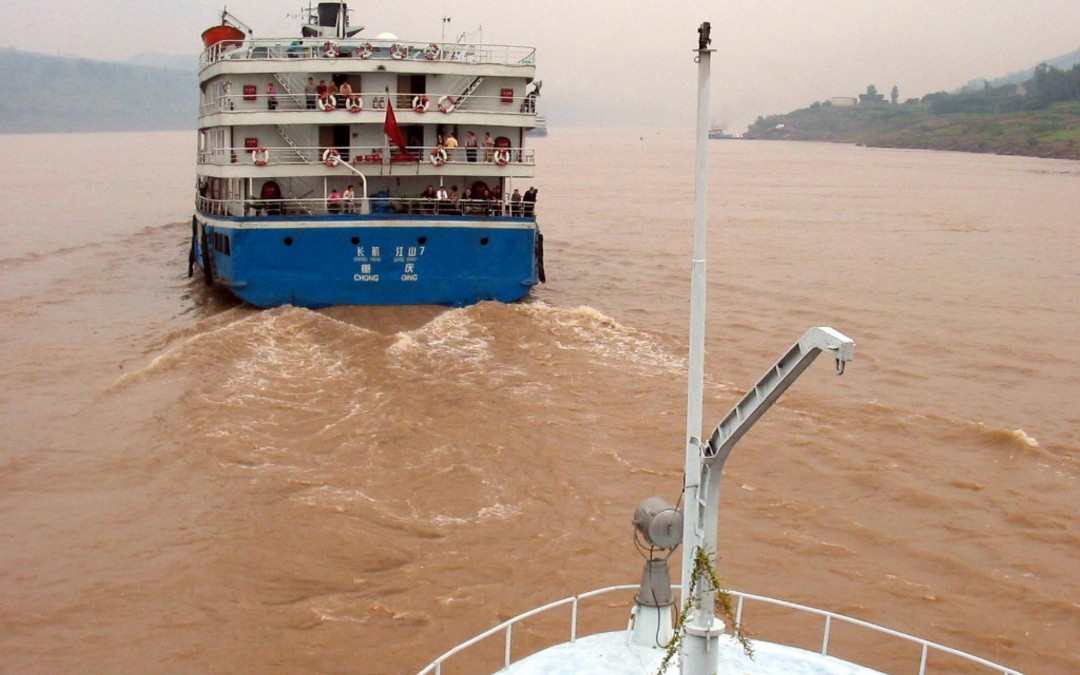 “It wasn’t easy, but I eventually secured a basic berth in an even more basic 6-berth dorm on a public ferry that I shared with 5 Chinese travellers, none of which had so much as a word of English. It was an interesting time.” 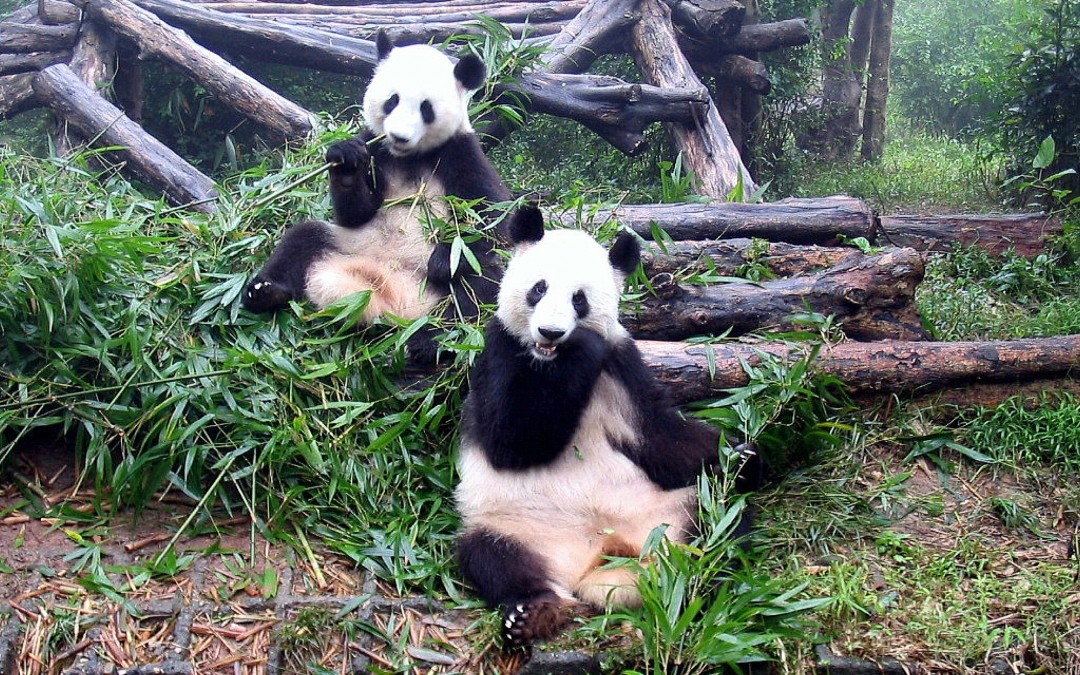 “…odd creatures; bear like, with carnivore’s teeth and a digestive tract poorly adapted to their largely vegetarian diet, very like the Australian Koala which, of course, isn’t a bear at all.” 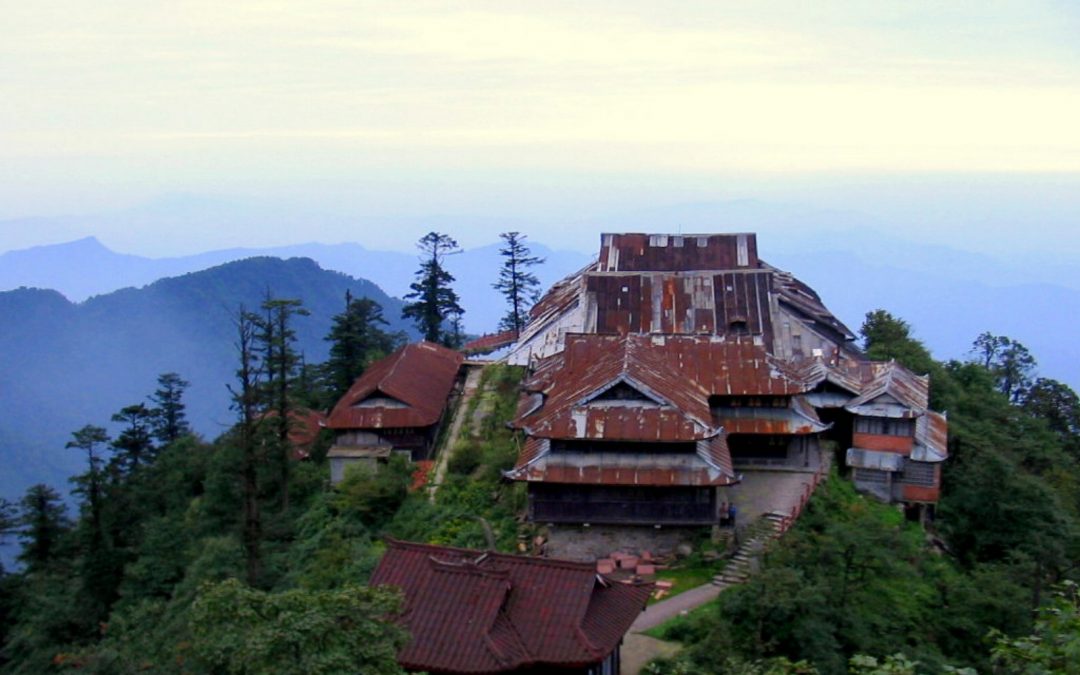 “I spent a bit of time at the summit attempting to appreciate the views, if not adequately photograph them, and cursing all those high heel-wearing day trippers I saw getting off the cable car. Oh China.” 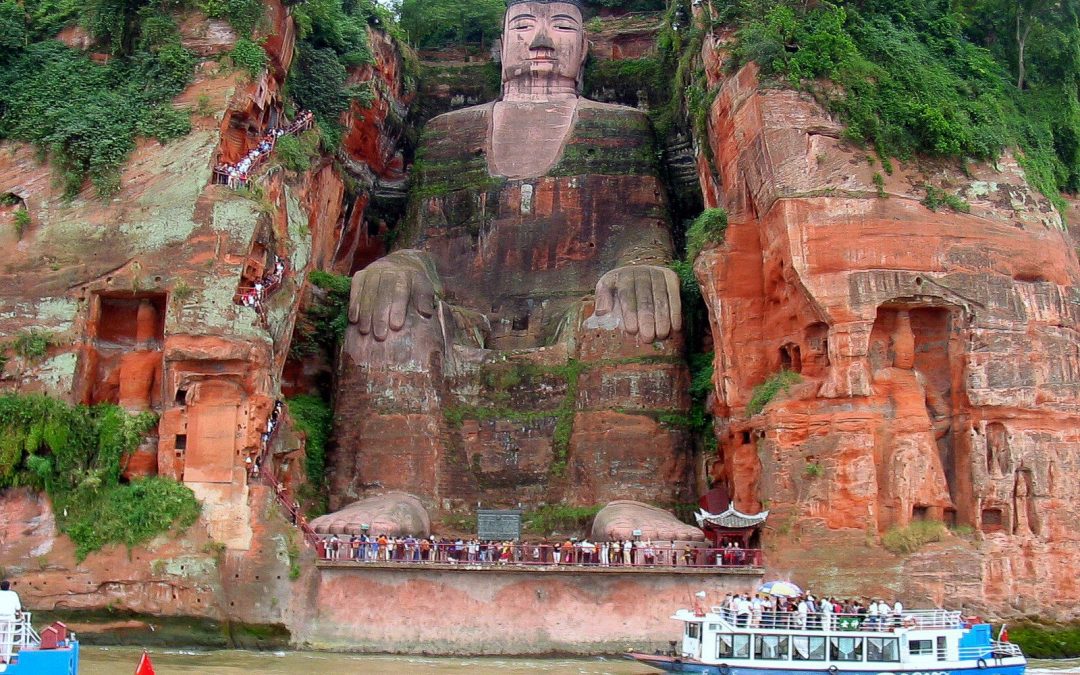 “He sits with his hands on his knees looming over ships that pass beneath and when seen from the water is really an impressive sight.” 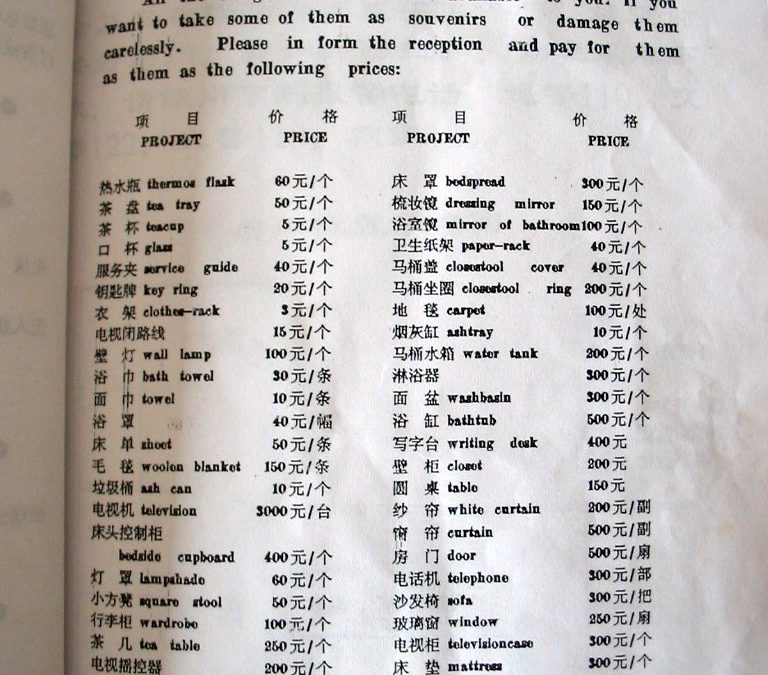 A Chinese room service menu with a difference. Everything may have its price but it is stuff like this that is actually priceless. 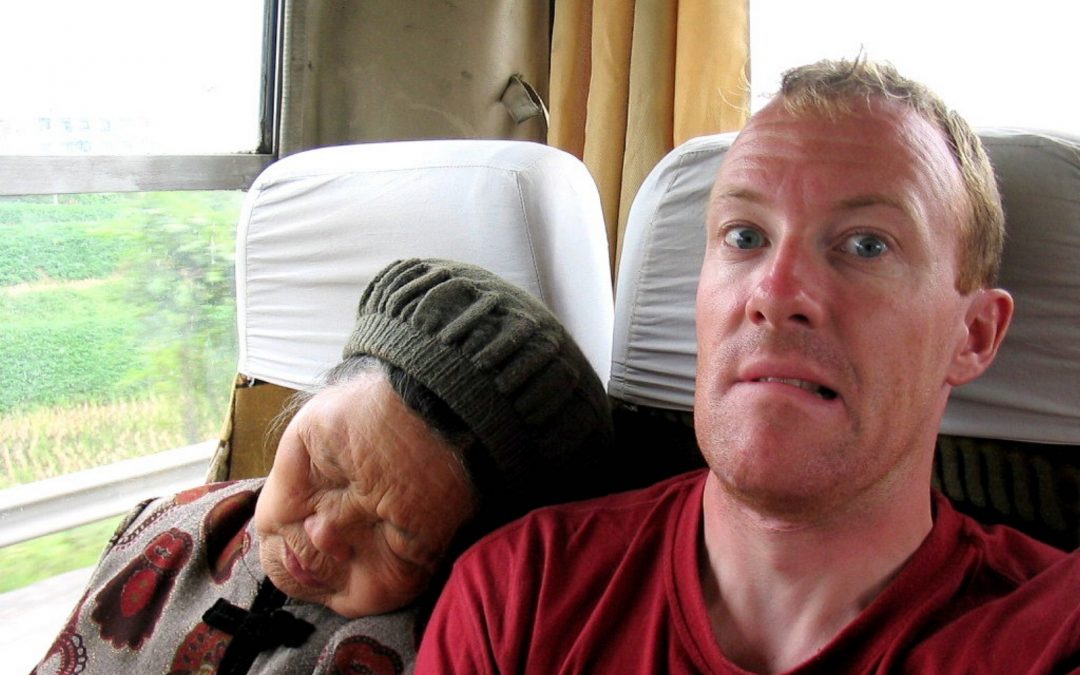 “I couldn’t believe she slept at all, but she did. Hardy folk, these Chinese.” 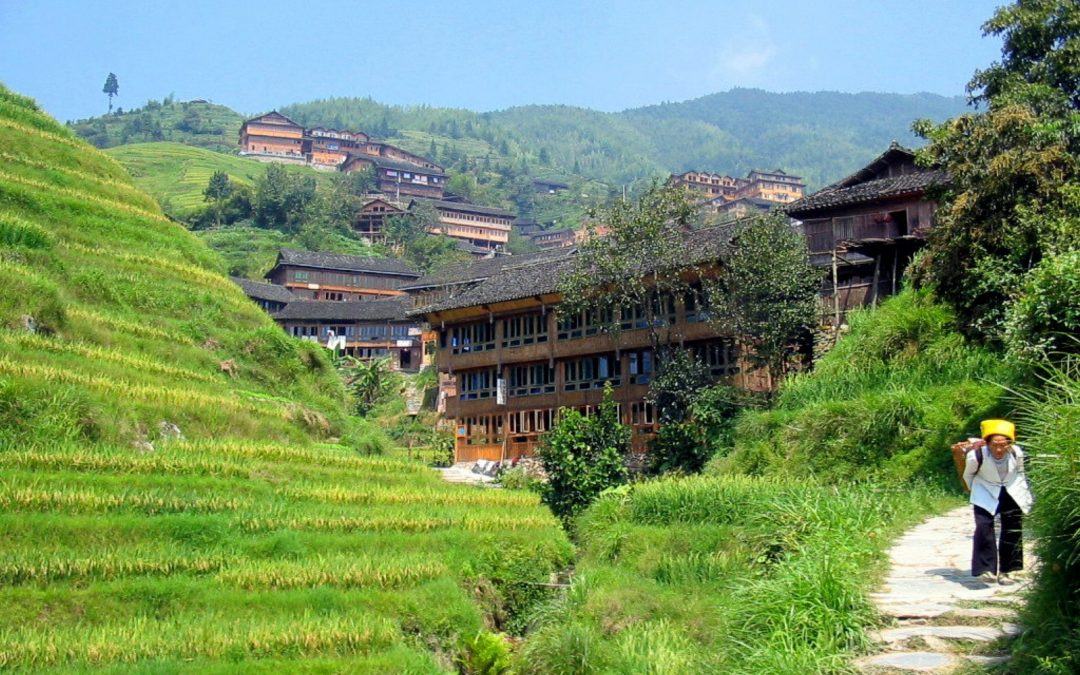 “… every cloud has a silver lining, or two silver linings in this case, as I was reacquainted with my essentials & I got to spend one more night of solitude among the the extreme stepped rice terraces of the Longji mountains.”