“…odd creatures; bear like, with carnivore’s teeth and a digestive tract poorly adapted to their largely vegetarian diet, very like the Australian Koala which, of course, isn’t a bear at all.”

Chengdu, the capital of Sichuan province in Central China, is about 2 hours & 140 kilometres north of Emei Shan, my previous stop on my mini Sichuan loop. It’s a city popular with transit travellers who come here to organise onward travel to Tibet – there are numerous hostels in the city & a sufficient number of agents to deal with the demand. It’s a big city, the 5th most populous in China, a city famous for its teahouses, its prosperity, its avant-garde lifestyle, its fiery Sichuan cuisine, and as the first place in the world to widely use paper money – that was around AD 960. It’s also a rather historic place – it was the first Chinese city to adopt the economic reforms in the late 1970s (hence its present-day prosperity) & the city was the last stronghold for the Kuomintang, the Chinese Nationalist Party who, in 1949, lost the Chinese Civil War and retreated to Taiwan where they remain to this day.

Chengdu || Has Pandas Too
All that is well & good, little titbits on Chengdu I picked up after arriving in the city. But even before I arrived I knew the city as the location for the Giant Panda Breeding Centre, the official & more convoluted titled being the Chengdu Research Base of Giant Panda Breeding. Indeed it was the only thing I knew of Chengdu prior to arrival & the chance to ogle at the endangered black-eyed symbol of China was the primary (only) reason I found myself here. And as it turned out that was reason enough. 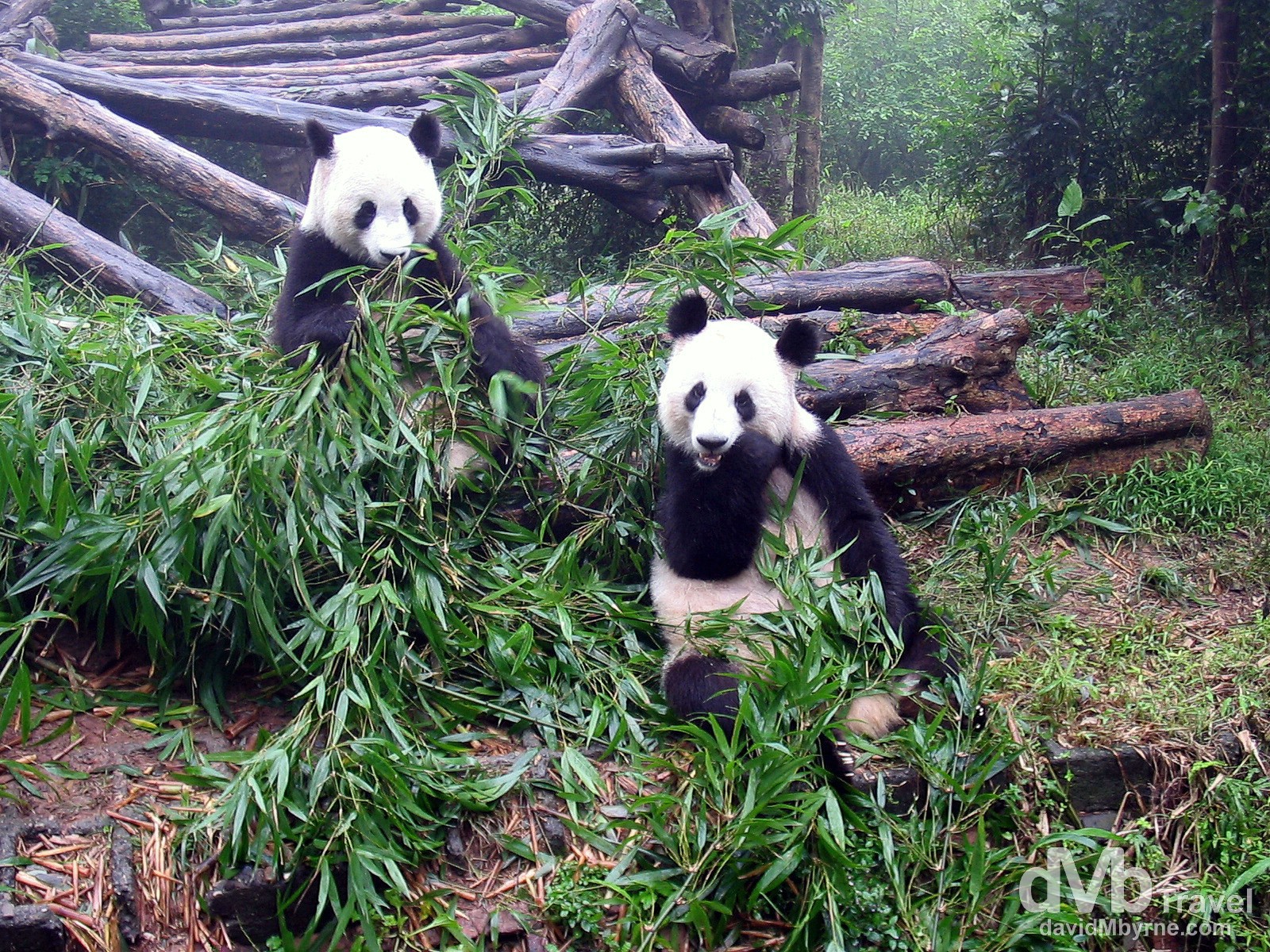 Giant Pandas are uber cute but equally odd creatures; bear like, with carnivore’s teeth and a digestive tract poorly adapted to their largely vegetarian diet, very like the Australian Koala which, of course, isn’t a bear at all. At the Chengdu Research Base of Giant Panda Breeding (

Chengdu Research Base of Giant Panda Breeding
The black-eyed logo for the WWF & a symbol for endangered species worldwide, the giant Panda is one of the definitive symbols of China. Their endangered species status is, of course, largely as a result of human encroachment & the vagaries of the favoured food, fountain bamboo, which periodically flowers and dies over huge areas. Today only an estimated 1,000 of these amazing creatures survive in the wild, in pockets of high altitude forest in south-western China. Thankfully the Chinese government is taking their plight seriously and has set up various breeding centres around the country with this one on the outskirts of Chengdu being the largest of the lot. 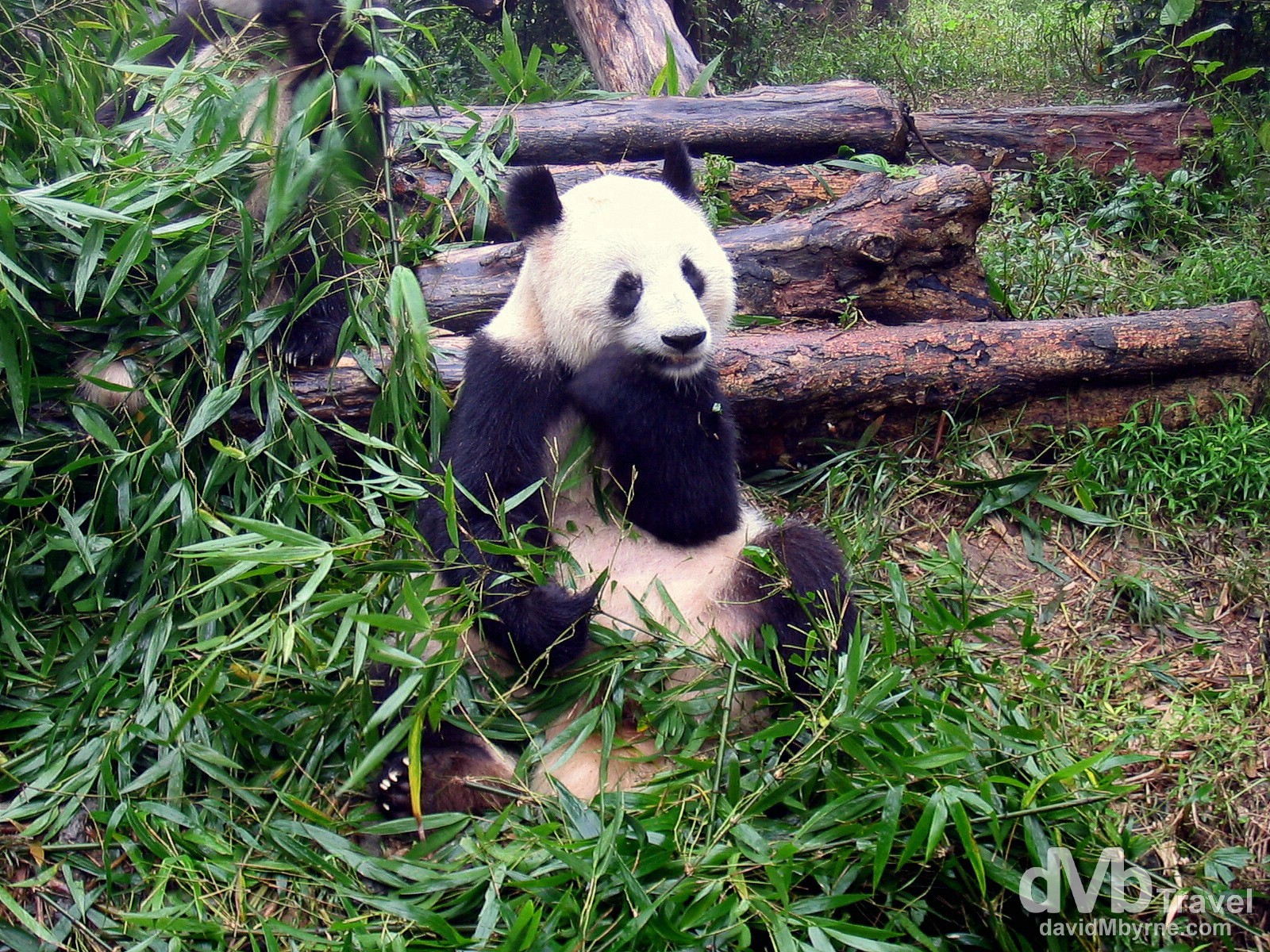 The Research Base is on the outskirts of Chengdu. All accommodation options in the city offer transport to & from the base, or you can, and as I did, take local transport via bus or moto pedicab. However you get there you’ll eventually be face to face with some of the most adorable creatures on the planet. The entrance fee grants you access to the viewing platforms where you can peer at the pandas as they slowly chew on bamboo or sleep, which is pretty much all they do. The main purpose of the base is, of course, panda breeding, not as straightforward a process as it could/should be – Giant Pandas are not particularly sexually active creatures & the male’s penis is, emm, a bit on the small side meaning pregnancies are not very common. And even if conception is a success the survival rate for cubs that are born is very low, especially in the wild. All of this means that a panda birth can be big news in China and sometimes it even makes news around the world.

The museum at the Chengdu Research Base of Giant Panda Breeding does a great job at educating its visitors about the Giant Pandas and their plight. I really liked the neat chart on display tracking the location of all the Giant Pandas on loan by the Chinese government to various breeding centres & zoos around the world – Rent-A-Panda is a very, very lucrative business by all accounts. And if all of that is not enough for you (it was for me) then there’s always the option to have your picture taken while holding a baby Giant Panda (no such photo opportunities with adult Giant Pandas). At RMB 400 (€40) a pop, it isn’t a particularly cheap thrill but it is certainly something that not many get to do and the money raised helps to fund research activities at the supposedly funding-starved centre. 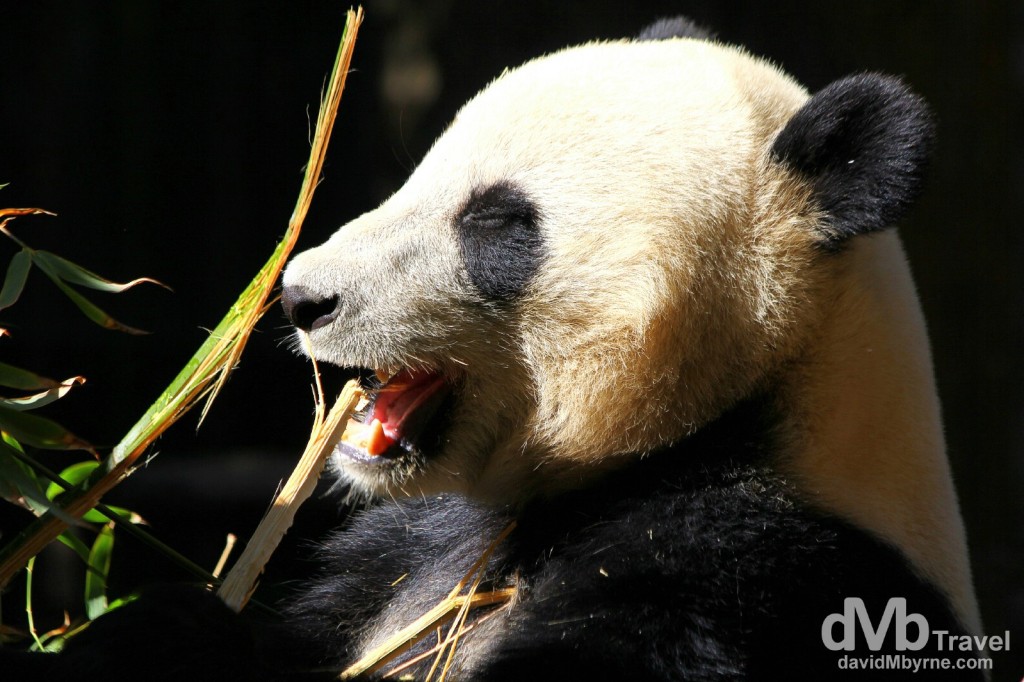 Moving On
Completing a loop of Sichuan saw me returning to Chongqing to embark on a multi-day cruise down the Yangtze River, Asia’s longest river.