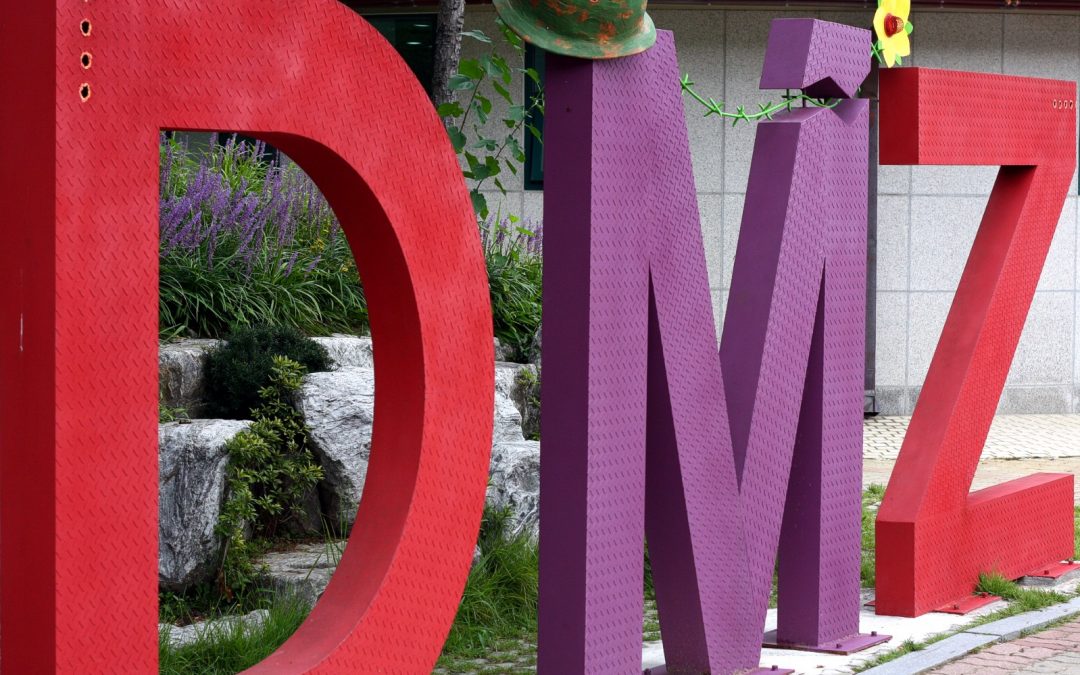 ”A poignant bridge to nowhere; rusting Korean War remnants; a polished but deserted train station; infiltrating The Third Infiltration Tunnel; & trying to espy the illusion of activity in a North Korean propaganda village.”