Clinging Perilously To The Side Of A Sheer Cliff Face Near Heng Shan, One Of China's Five Great Mountains

The Hanging Temple of HengShan, also known as the Hanging Monastery or Xuankong Temple, is a temple built into a rock cliff face & clinging perilously 75 metres (246 feet) above the ground near HengShan (Mount Heng) in Shanxi province, China. Built more than 1,600 years ago, the temple is notable not only for its stunning location on a sheer precipice but also because it is the only existing temple in China to worship the three Chinese traditional religions: Buddhism, Taoism, and Confucianism, although some may class the latter two as beliefs as opposed to pure religions. 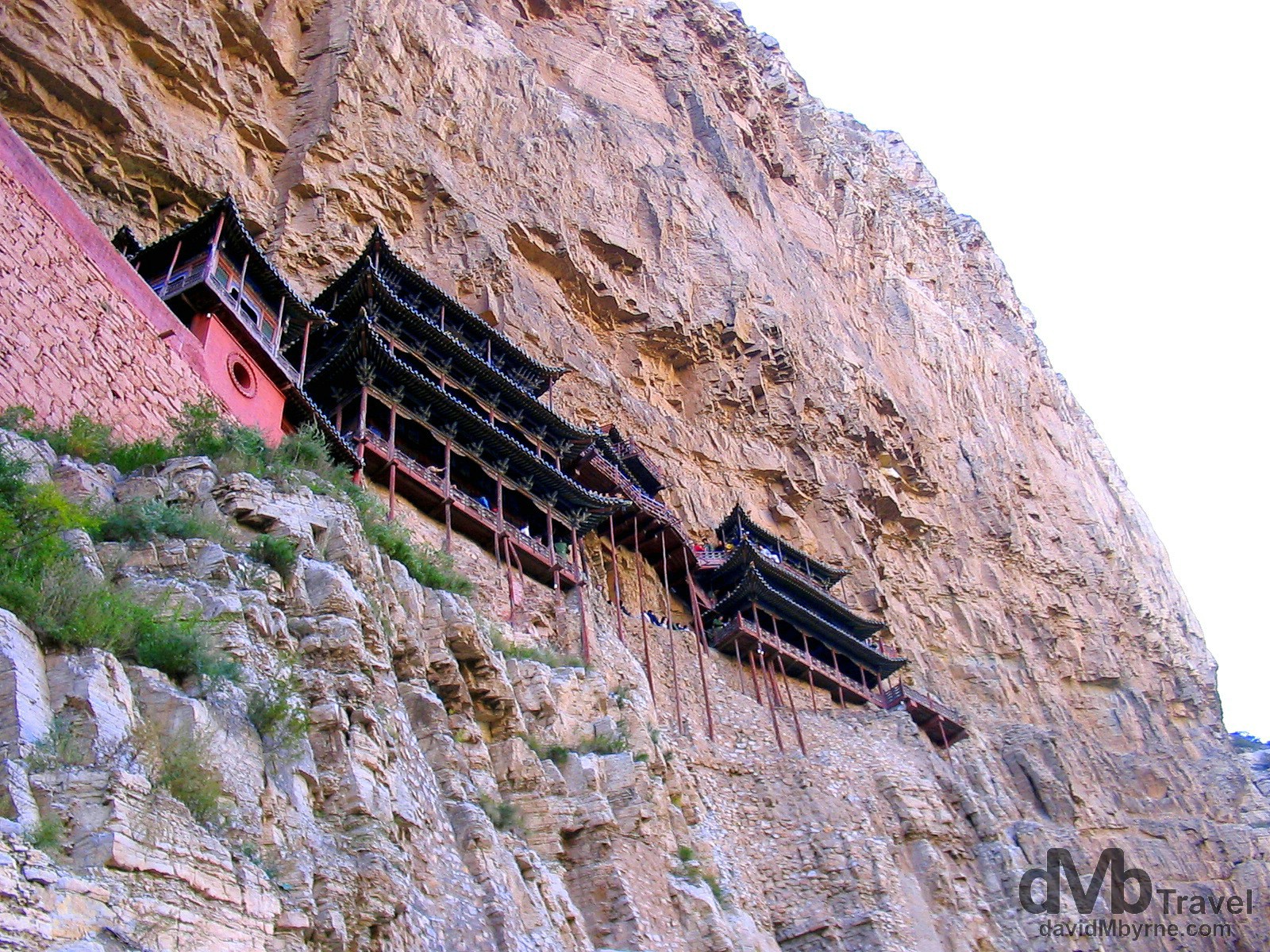 According to the history of HengShan, construction of the original temple was conducted by only one man, a monk named Liao Ran, with many repairs and extensions over the years giving the temple its present look. The 50m-high structure is propped up on long oak stilts anchored to the ledges below & supported by crossbeams with the main supportive structure hidden inside the bedrock. The main body of the monastery is also in the bedrock, with only its exterior overhanging the cliff face. The temple is really quite the sight. It’s also best appreciated from a distance. The swarms of tourists who slowly snake around the structures tight, one-way walkways and stairways turn the whole experience of visiting into a bit of a claustrophobe’s nightmare. The Hanging Temple of Heng San ( 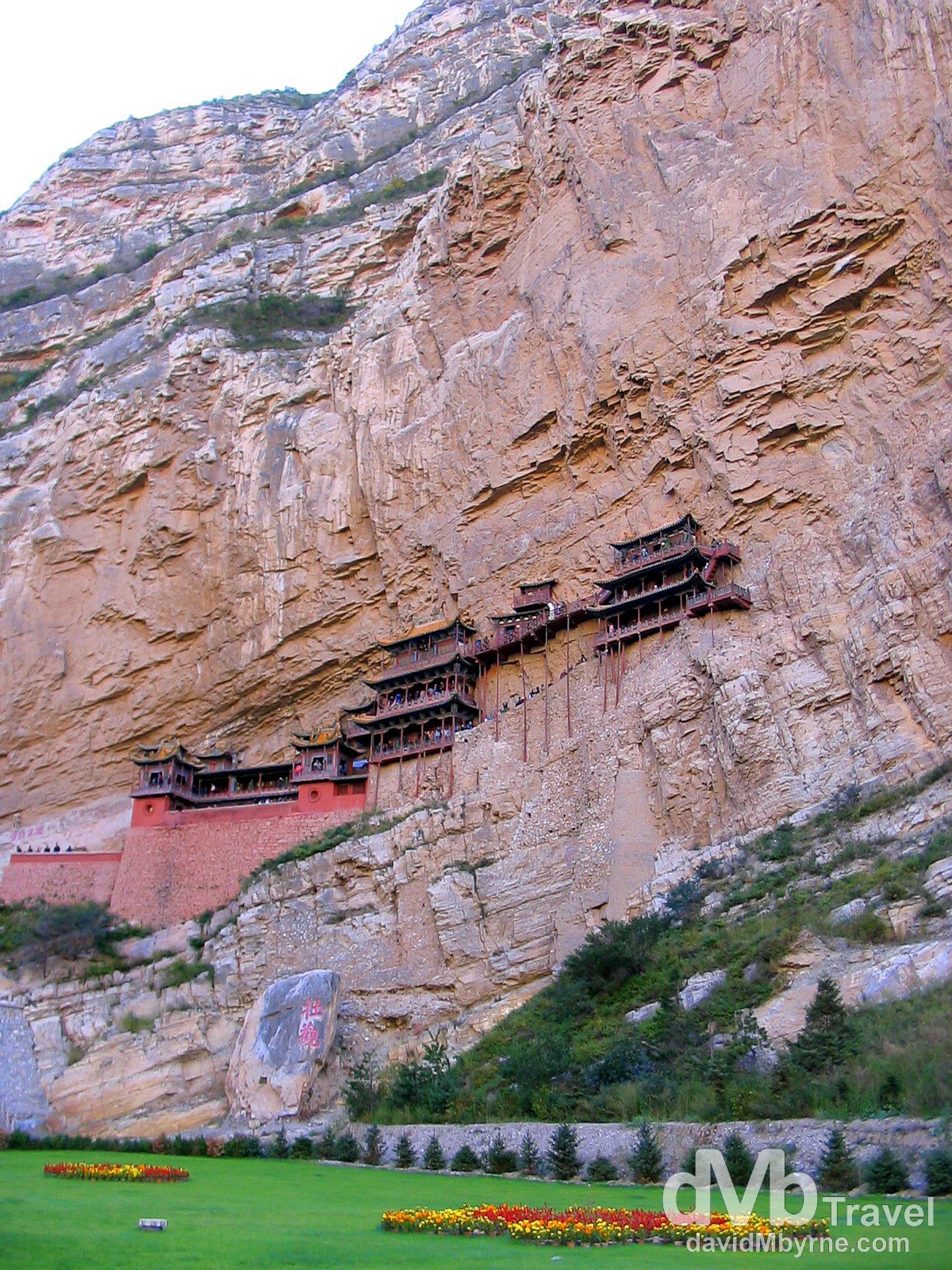 The Hanging Temple is built into a cliff near HengShan (Mount Heng), one of the Five Great Mountains of China, 5 peaks that are among the best-known natural landmarks in Chinese history, peaks that since the early periods in Chinese history have been the ritual sites of imperial worship and sacrifice by various emperors. Although these five mountains are not traditionally canonized as having any exclusive religious affiliations, many of them have a strong Taoist presence, thus the five mountains are also grouped by some as part of “Sacred Taoist Mountains.” The Hanging Temple of HengShan, Shanxi province, China. October 2, 2004.

Moving On
Nearby is the UNESCO-listed Yungang Grottoes & the dirty, dusty city of Datong, the country’s coal capital.

In Context || Part of #China2004
This posting was filed as part of a 13-stop, 6-week loop of the country, a first visit to China. All posts from that trip can be viewed here.