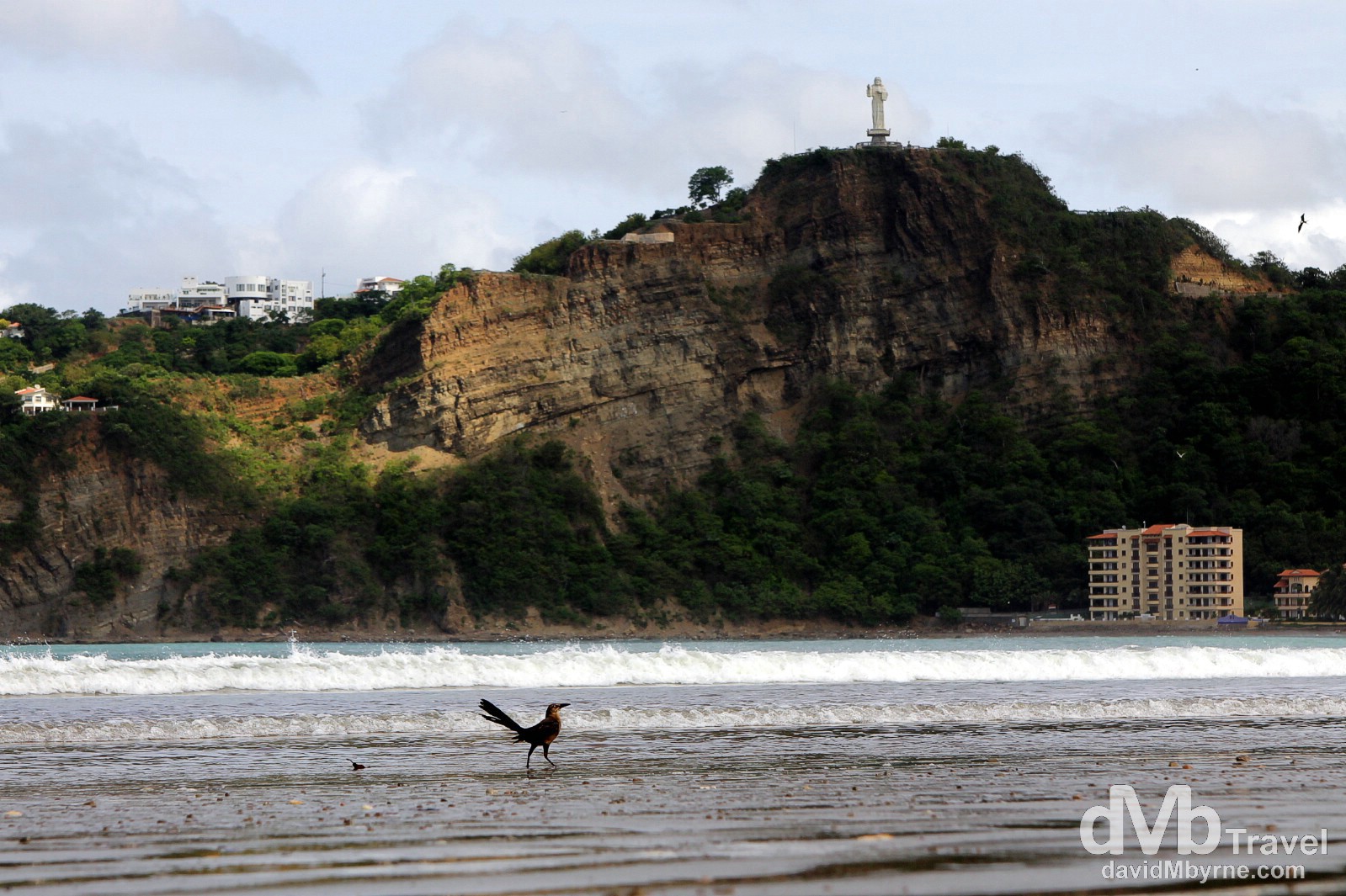 Colonial towns. Lakes. Volcanoes. Photogenic colonial towns, lakes & volcanoes even. So far I’ve had them all in Nicaragua. All that was missing was a beach and for a country with both Caribbean & Pacific coasts that’s a pretty big omission. So, I decided to spend my last two nights in the country in the Pacific town of San Juan Del Sur, not too far from the border with Costa Rica, my next stop. 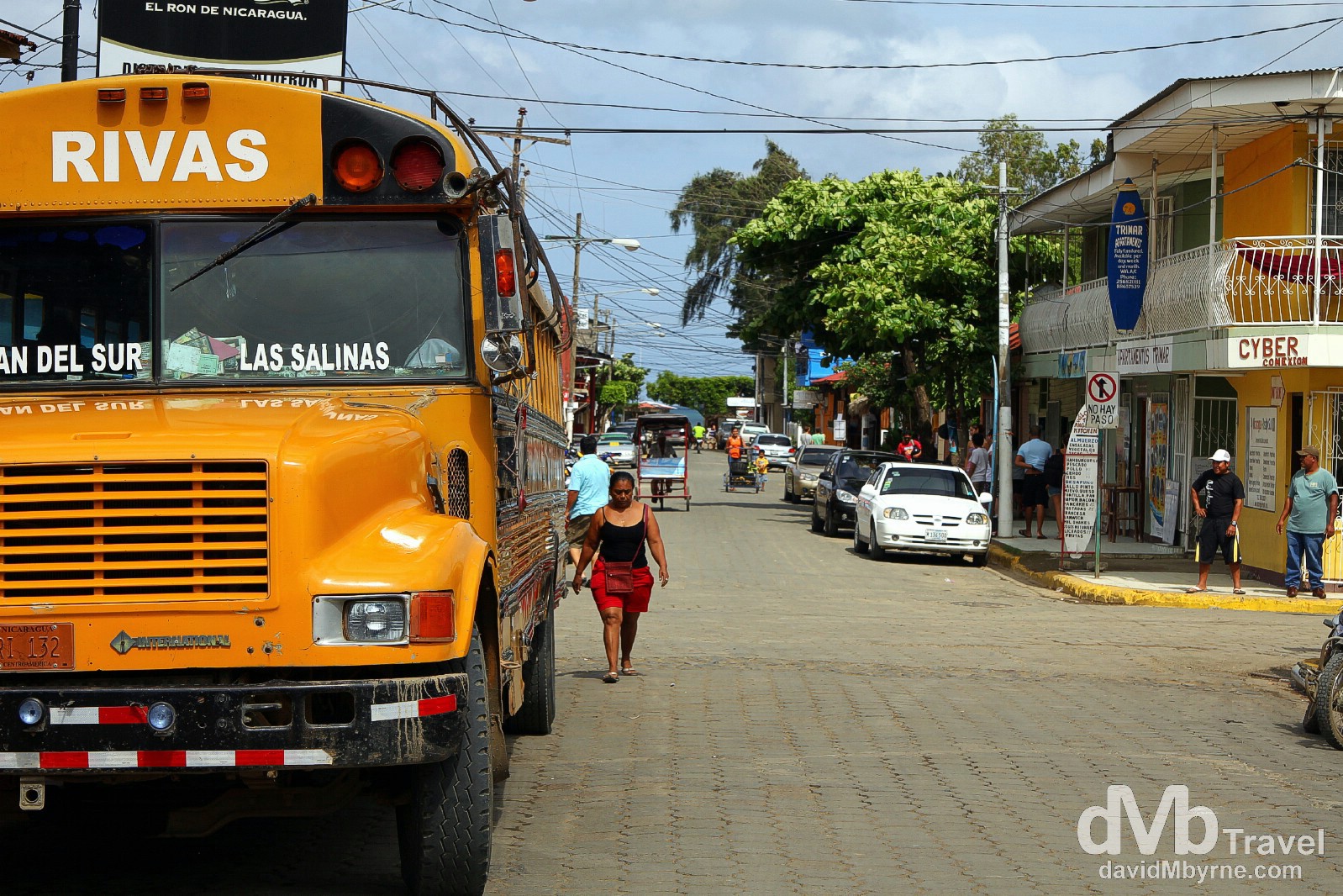 The bus to Rivas parked in San Juan Del Sur, somewhere firmly on the Central American traveller’s circuit. Indeed, it’s the most touristed destination in Nicaragua. I’m certainly not alone here having come from the seclusion of the slopes of the Maderas volcano on Isla de la Ometepe in Lake Nicaragua. Oh yes, there are tons of other like-minded backpackers enjoying the usual backpacker comforts – the guest houses, the bars, the English-menu cafes & restaurants, the laundry service, the ubiquitous free Wi-Fi, the travel agents. It ticks a lot of traveller boxes & it’s a nice place to spend a few days, days that just happen to be my last few in the country (and needless to say for a lot of south-to-north travellers San Juan del Sur is their first stop in Nicaragua). San Juan Del Sur (

The Missing Ingredient
As nice and laid-back as San Juan is, there is something missing. My guidebook bills the town as a

A golden sand-fringed, half-moon of a cove, hemmed in by stunning cliffs and filled with boats in repose. 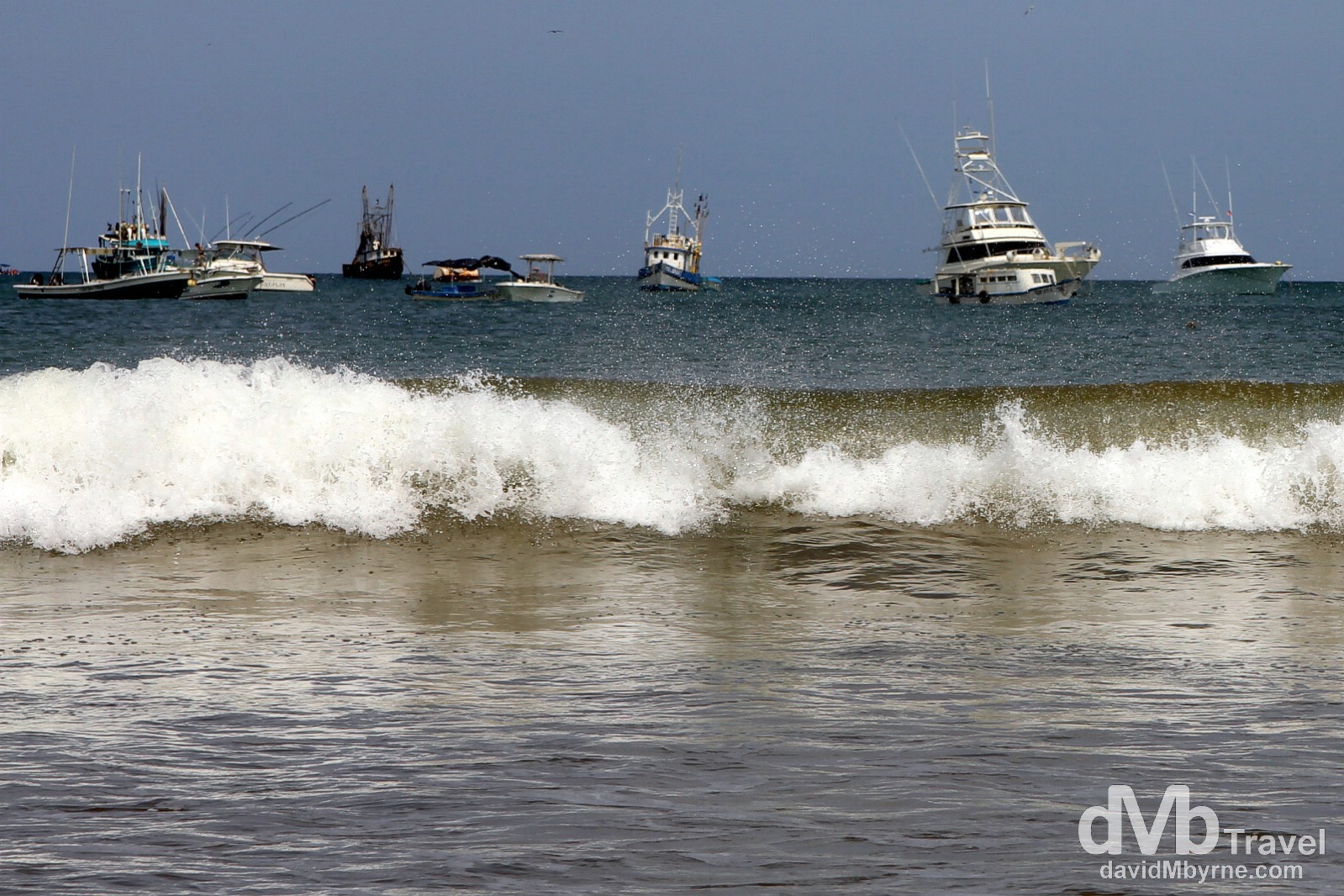 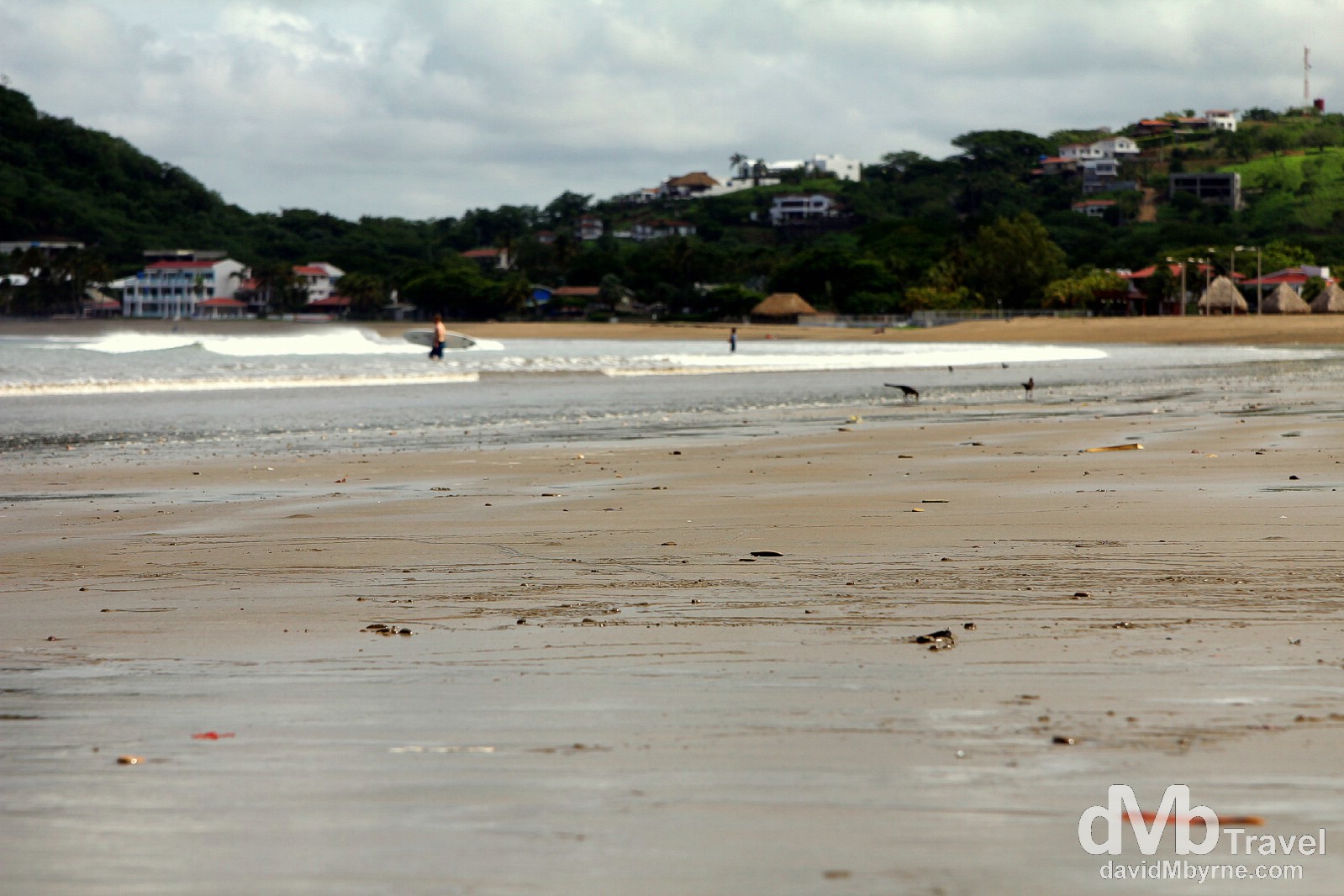 Tonight is my second night here in San Juan del Sur, my ninth & last in Nicaragua. Tomorrow I’ll cross over into Costa Rica, the so-called Switzerland of Central America (no warring past, adverse poverty or illiteracy there I hear). Unlike Honduras before it, Nicaragua will be a hard act to follow. A very hard act to follow. The Land of Lakes & Volcanoes has been a real treat.

In the last nine days I’ve pointed my camera at more beautiful churches than I care to remember; I’ve felt the earth move; I’ve seen a few gamecocks fight to the death; I’ve spent two quiet nights away from pretty much everything, except my thoughts, on the slopes of a volcano in the middle of Central America’s largest lake; & when all is said and done I’ll have spent two nights wondering who has stolen all the sand off Nicaragua’s most famous beach. It has been eventful. It has been photogenic. Muy photogenic.

Admittedly I saw only a small portion of Central America’s biggest country, but the route through the regions that I did visit – the volcanic, colonial northwest & the southwest – offered up a lot in the limited time I had in the country, and certainly enough to make Nicaragua my favourite Central American country thus far & one that’s unlikely to be topped.