The Brutal Blood Sport of Cockfighting, Said To Be The World’s Oldest Spectator Sport

A cockfighting bout in progress in Leon, Nicaragua. June 16, 2013

Rooster/Gamecock fighting. How the (male) locals in Leon, Nicaragua, like to spend their Sunday afternoon. This isn’t exactly on the tourist trail but I never felt unwelcome, even with an SLR in tow. On the contrary. Cockfighting is said to be the world’s oldest spectator sport, stretching back some 6,000 years to Persia. While banned in Europe & North America, today it is still a popular spectacle in large parts of Asia & most parts of Latin America. It’s especially popular here in Leon, advertised widely & passions run high during the cockfighting sessions. 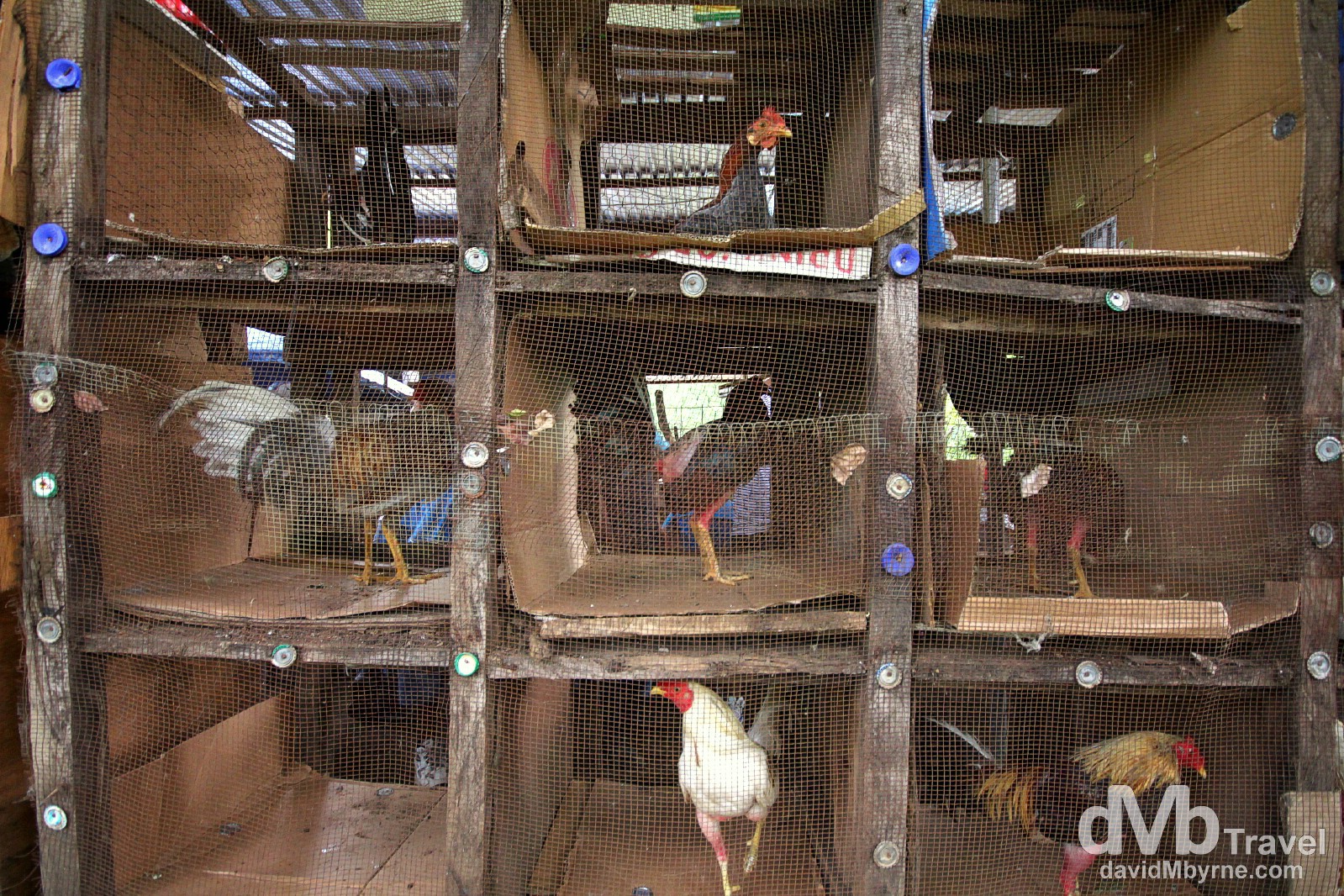 Gamecocks waiting for their turn. Leon ( 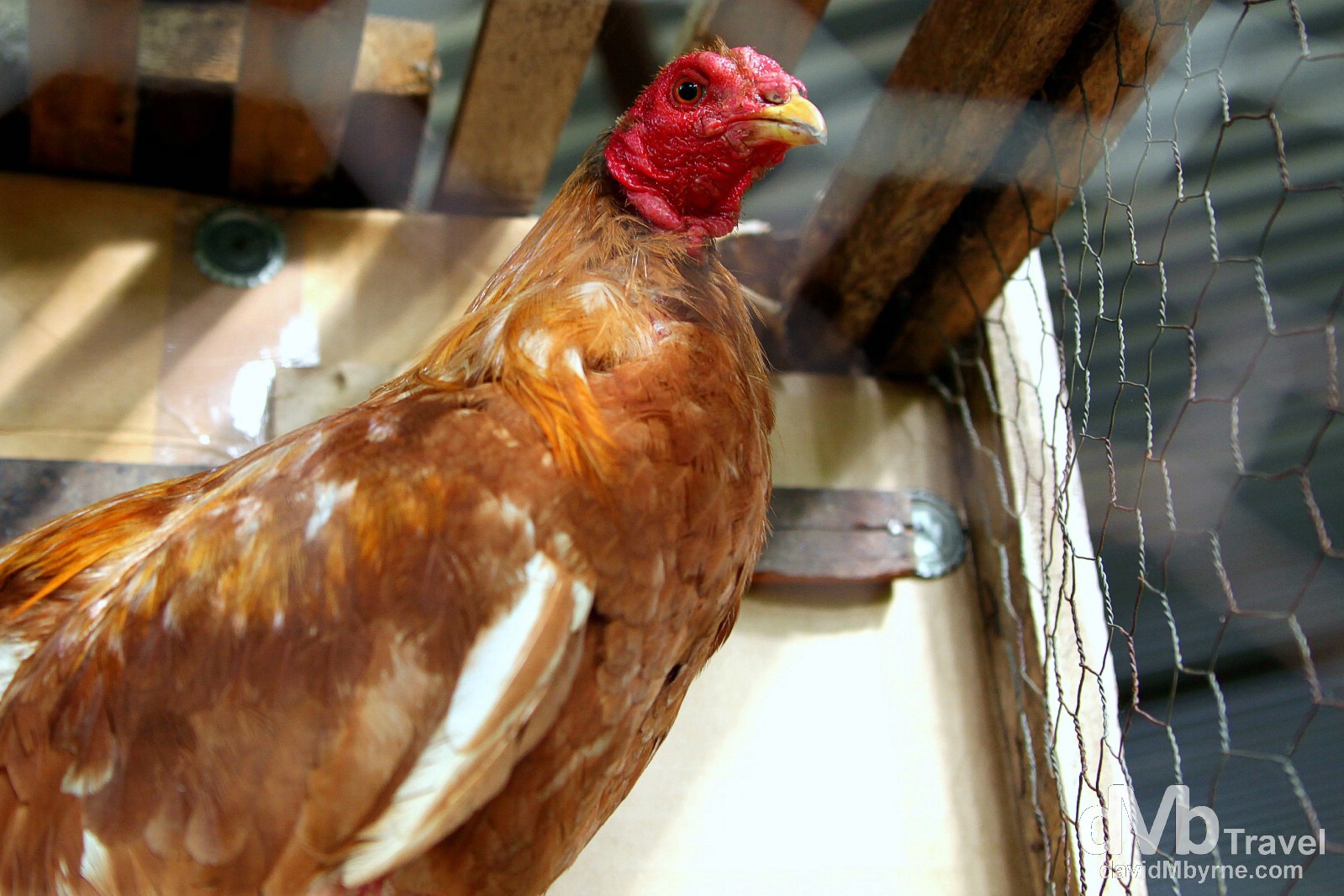 A pre-bout picture of a gamecock waiting its turn. Fighting roosters, who possess congenital aggression toward all males of the same species, are reared as such from birth, especially conditioned for increased stamina & strength – once in the cockpit, as the rooster/cock fighting arena is known (seriously), they need an abundance of both. Leon, Nicaragua. June 16, 2013. 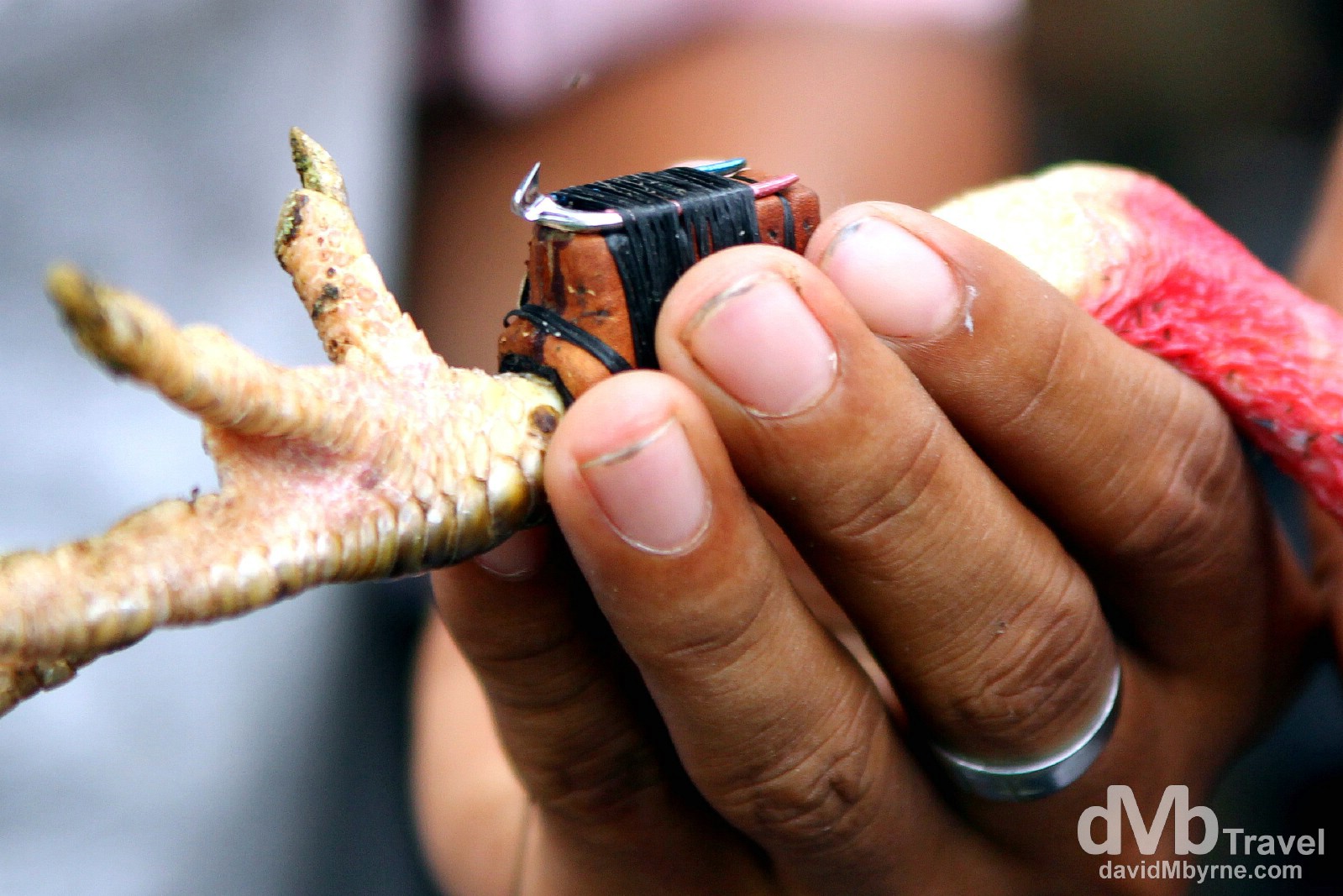 The weapon of choice. Gamecocks are equipped with metal hooks tied to their leg in the area where the bird’s natural spur has been partially removed. Gamecocks are trained to attack on sight with the objective to slash the main vein in their opponent’s neck. All bouts are to the death although severely injured gamecocks may live (but never fight again). Leon, Nicaragua. June 16, 2013.

The Bout
There is frantic, last-minute betting by those surrounding the cockpit; the 15-minute timer in the centre of the cockpit is reset; the referee rings the call-to-order bell; & there’s a bit of last-minute jostling by the gamecock owners/handlers followed by the opening salvos of the bout. Bouts are for a maximum of 15 minutes or until one gamecock dies, whichever comes first. If no gamecock dies then there is no winner which, & while I understand the logic, seems a bit strange to me. 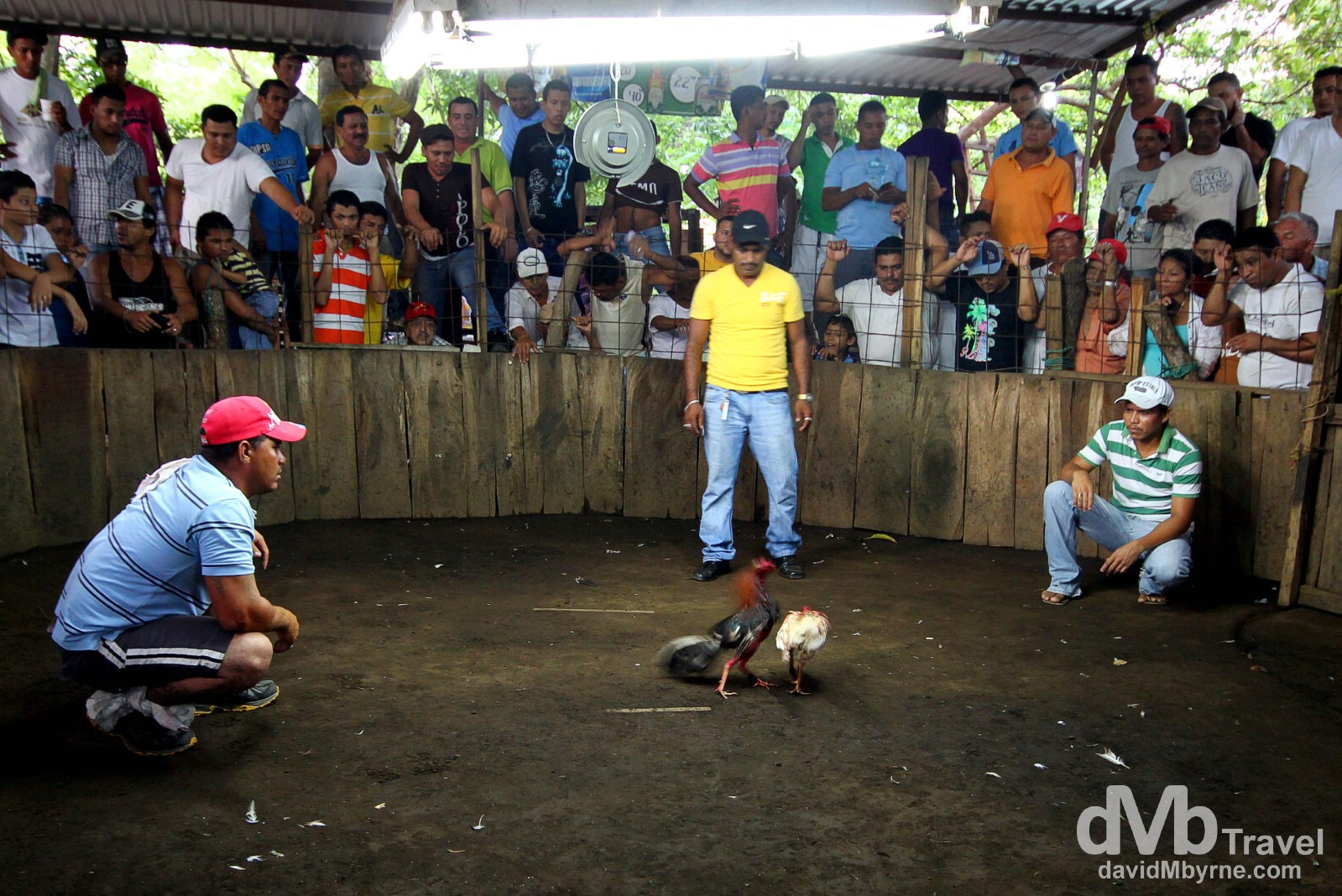 This is the only one of the 8 cockfights I witnessed this afternoon that I had a flutter on, wagering 200 Nicaraguan Cordobas (€6) on ‘blanco’ (white). It lost but, and insofar as I could tell, didn’t die. Gamecock Fighting in Leon, Nicaragua. June 16, 2013. 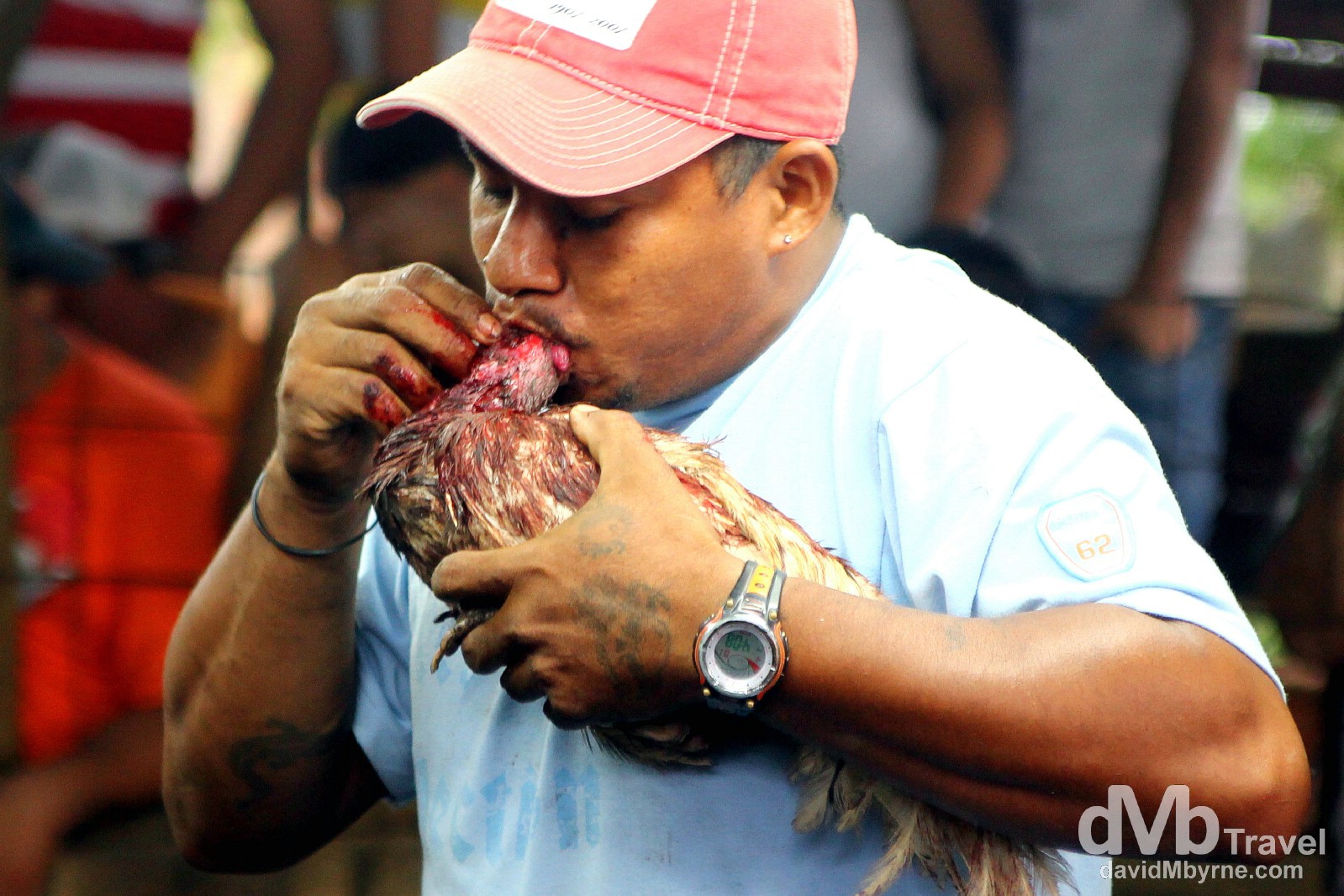 Gamecocks fight to the death & injured combatants receive little in the way of support if they get in trouble (there was no sign of a white towel anywhere). During the bouts, the owners/handlers – who raise fighting cocks from birth, who take great pride in their steeds success, & who stand to benefit financially from each bout – do their best to nurse their ailing warrior in a bid to get as much effort from them as possible, going so far as to siphon blood from their respiratory tract to avoid them suffocating. It is the rather disgusting gamecock kiss of life, one that seems to do little beyond prolonging the inevitable. Leon, Nicaragua. June 16, 2013. 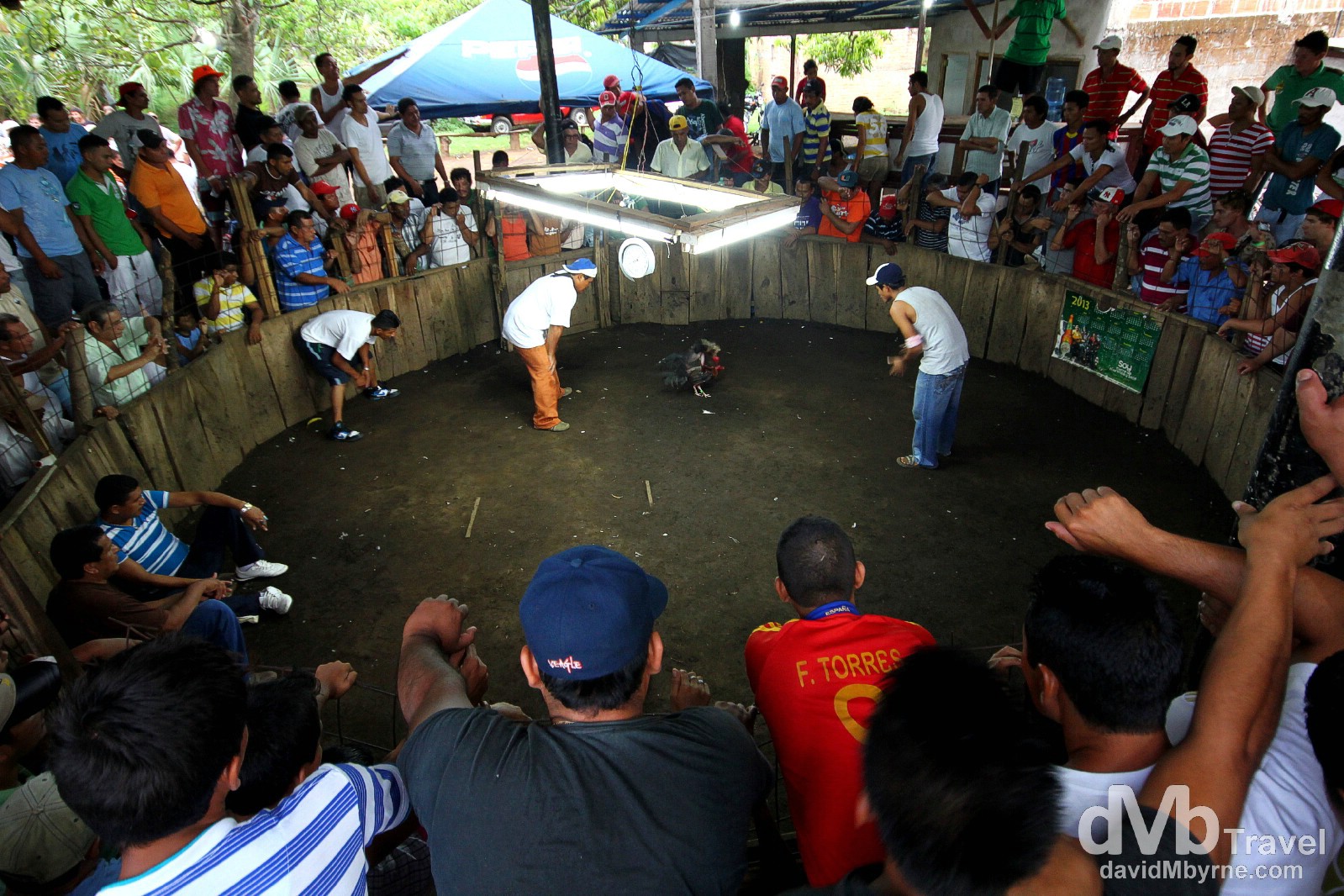 Overlooking the frantic cockpit during a cockfight in Leon, Nicaragua. June 16, 2013. 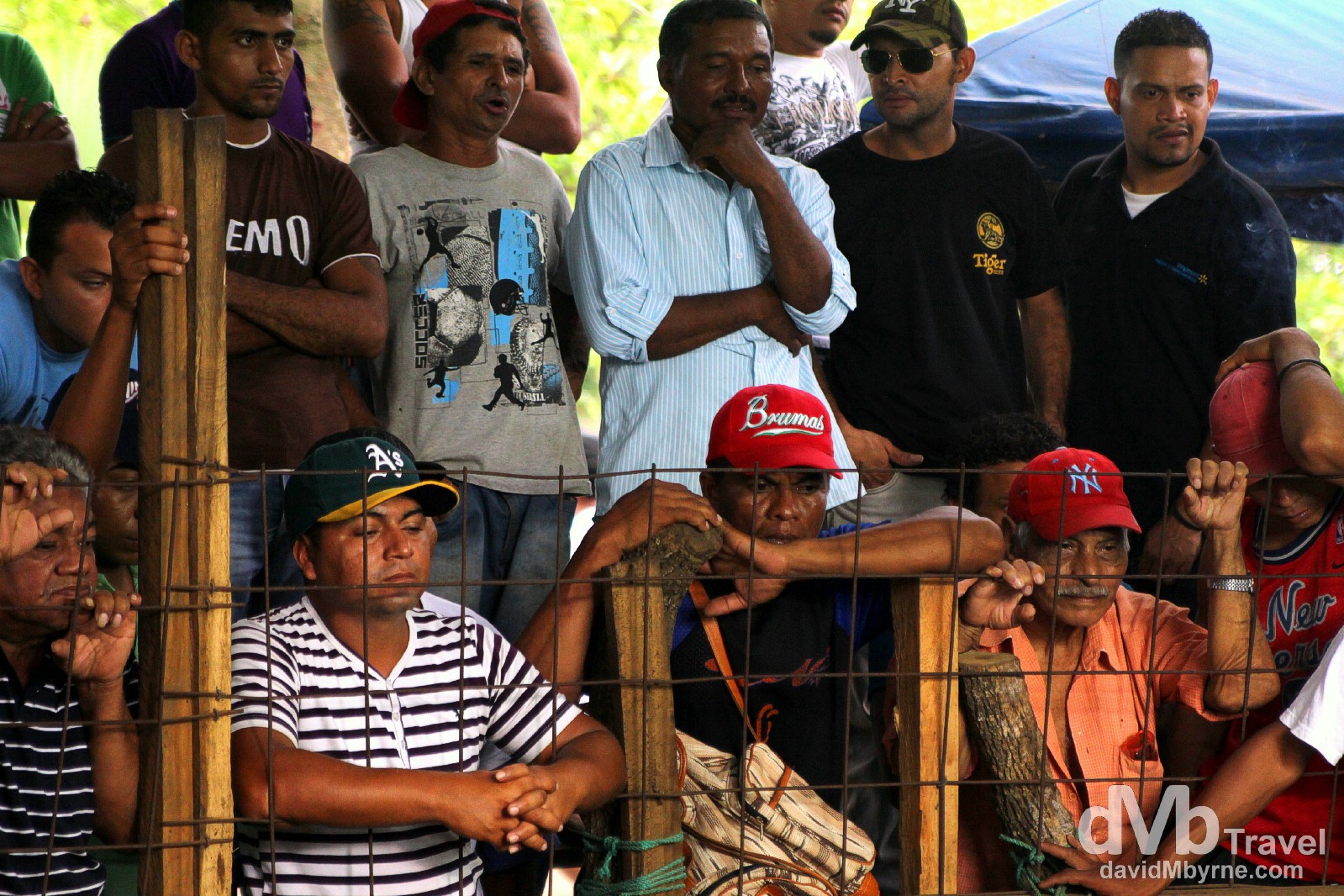 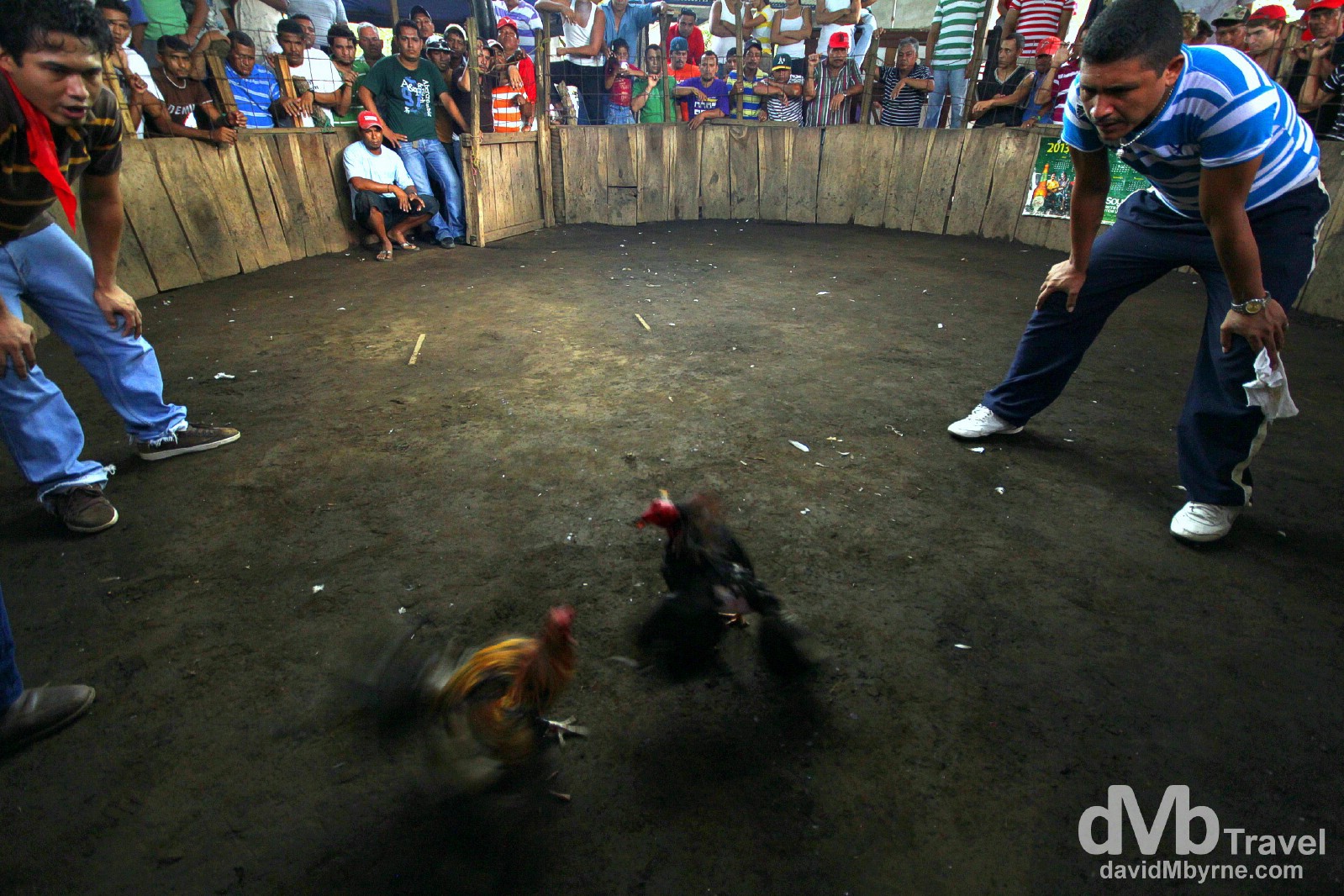