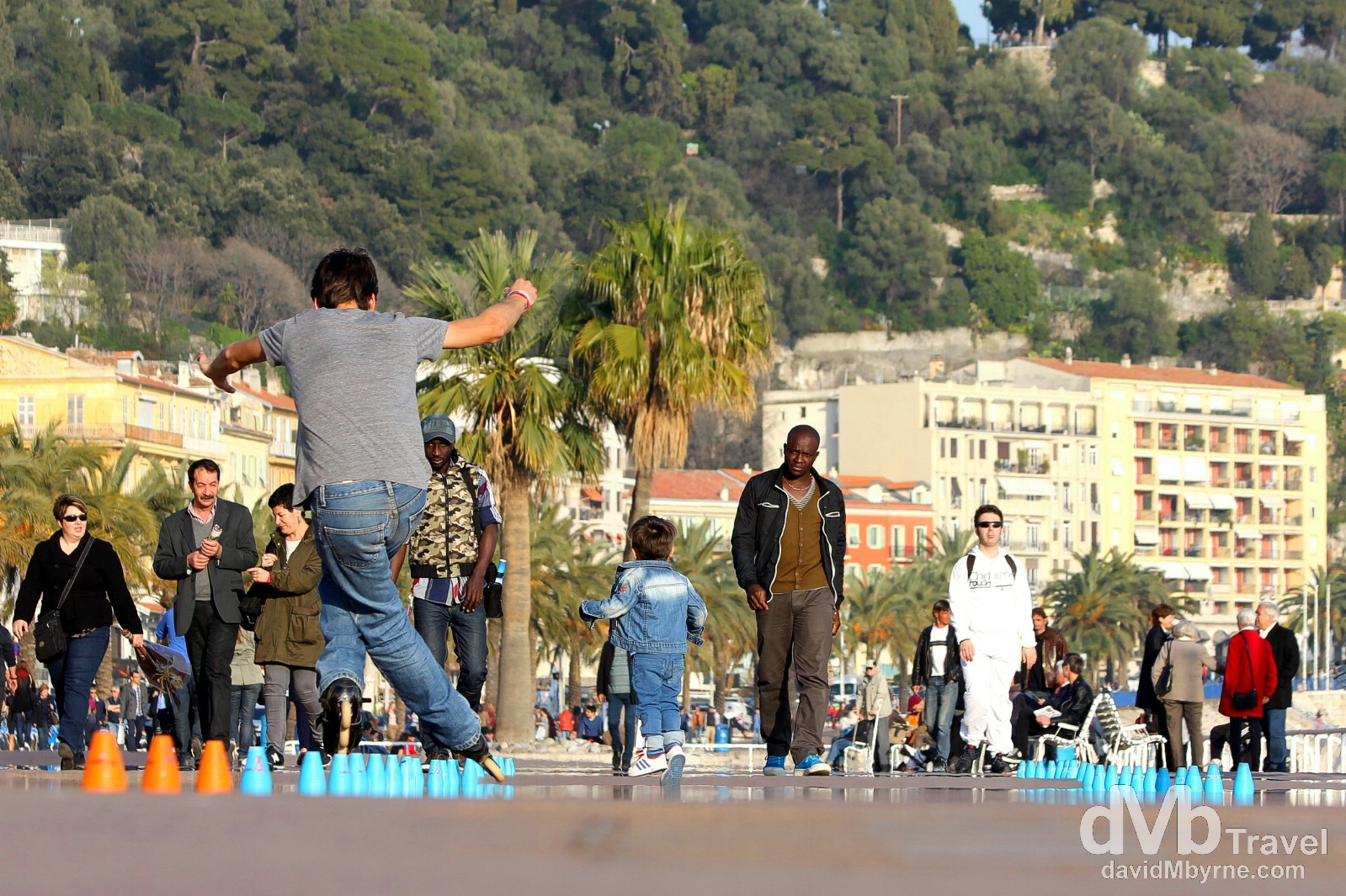 So much for Sunday being the day of rest. Today brought to an end my time on France’s Côte d’Azur, or the French Riviera as it’s known in English. I found myself hoofing it through the centre of Nice at 6:30 a.m. this morning en route to the city’s train station with pretty much only the birds to keep me company – everyone else had the good sense to still be in bed. 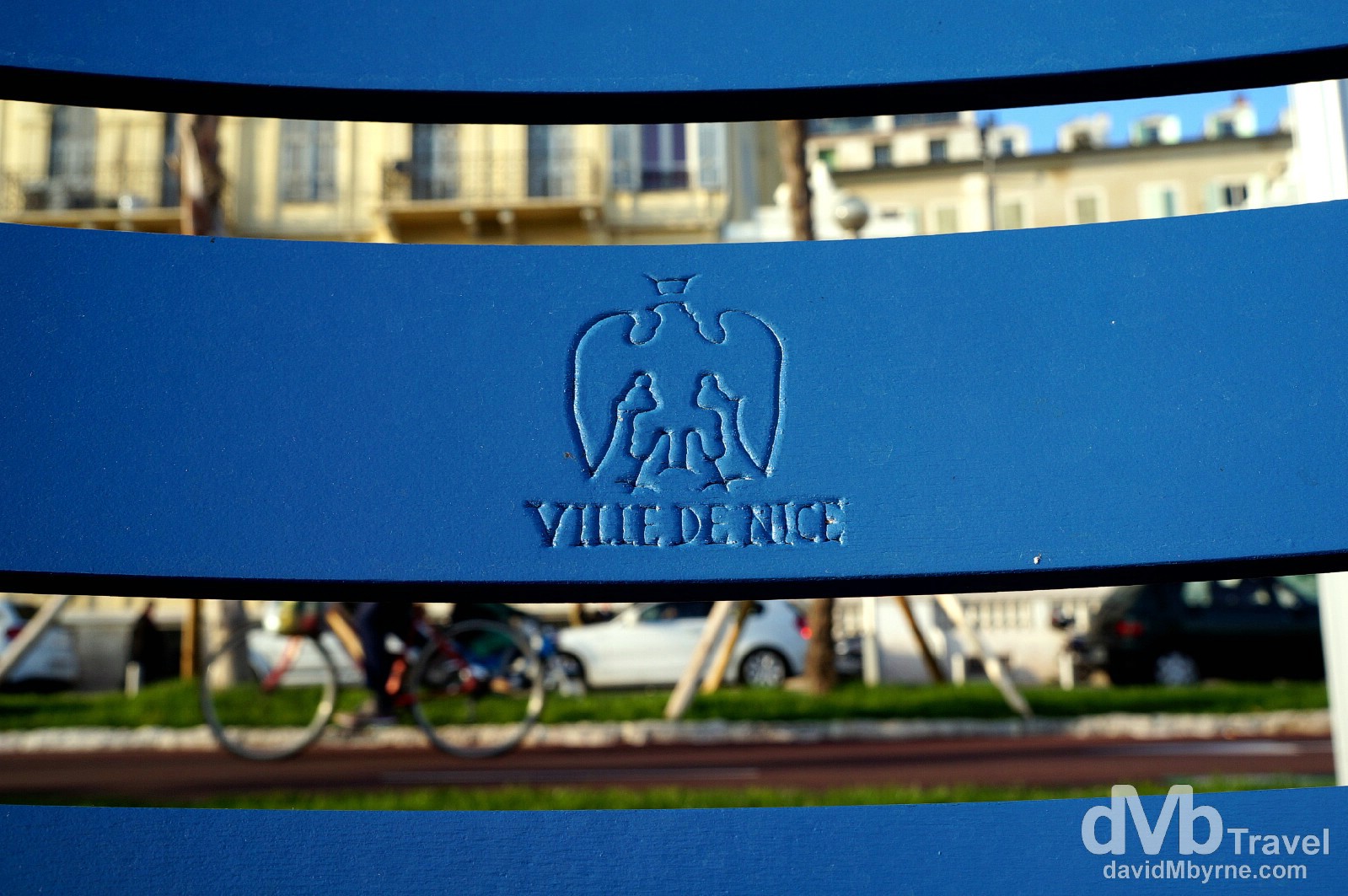 This morning was just the latest stupidly early start & I was dealing with the aftereffects of the latest, & last, Nice Irish Bar night out. But exhaustion aside life was/is good here on the Côte d’Azur with its sunshine & glitzy, celebrity set lifestyle. I spent the last three days savouring Nice, Monaco & Cannes, walking countless kilometres & taking countless pictures in the process. But it’s time to move on. Next up a return to Italy. 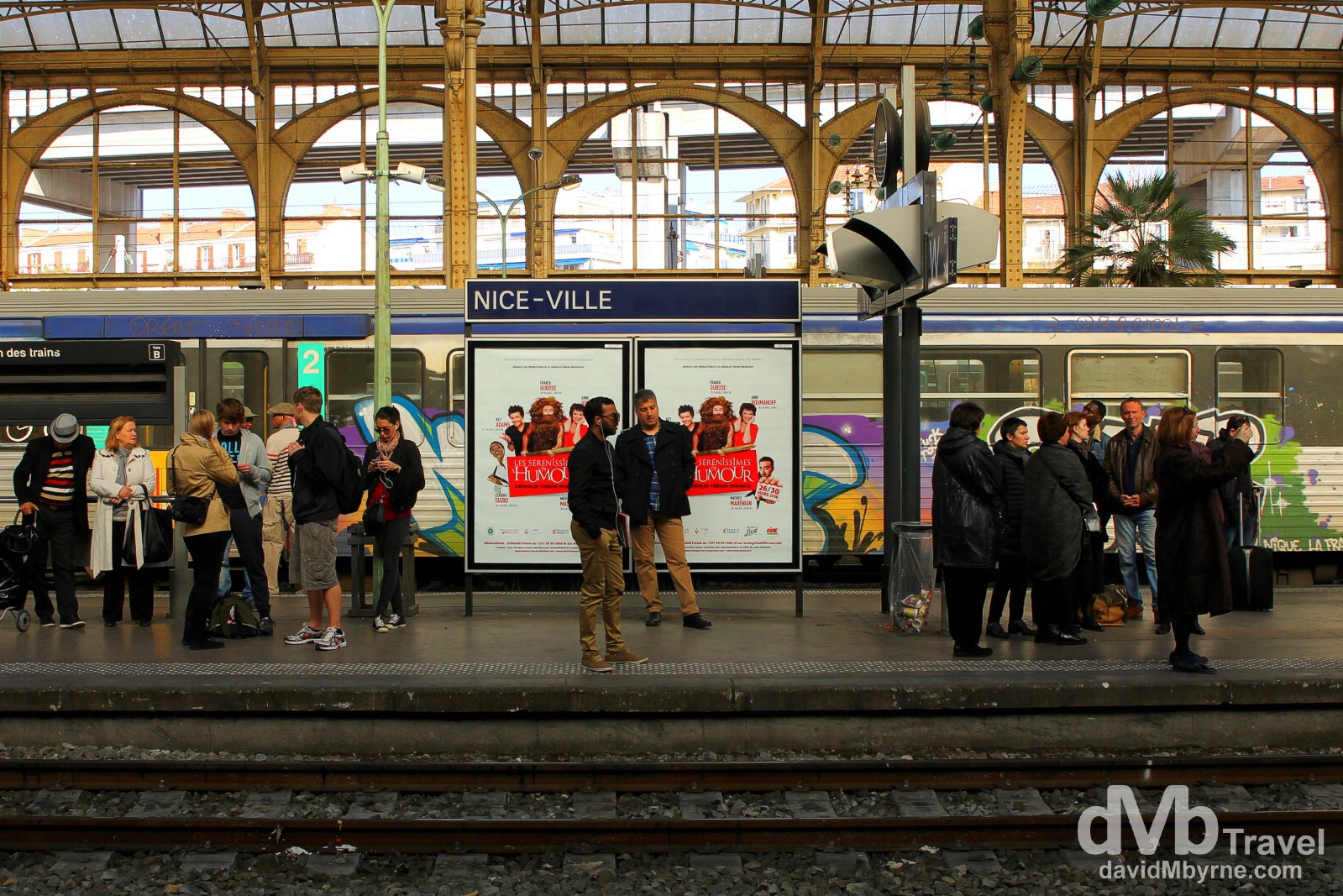 On the platform of Gare Nice Ville train station waiting for the train to Monaco. Nice, Côte d’Azur, France. March 14, 2014.