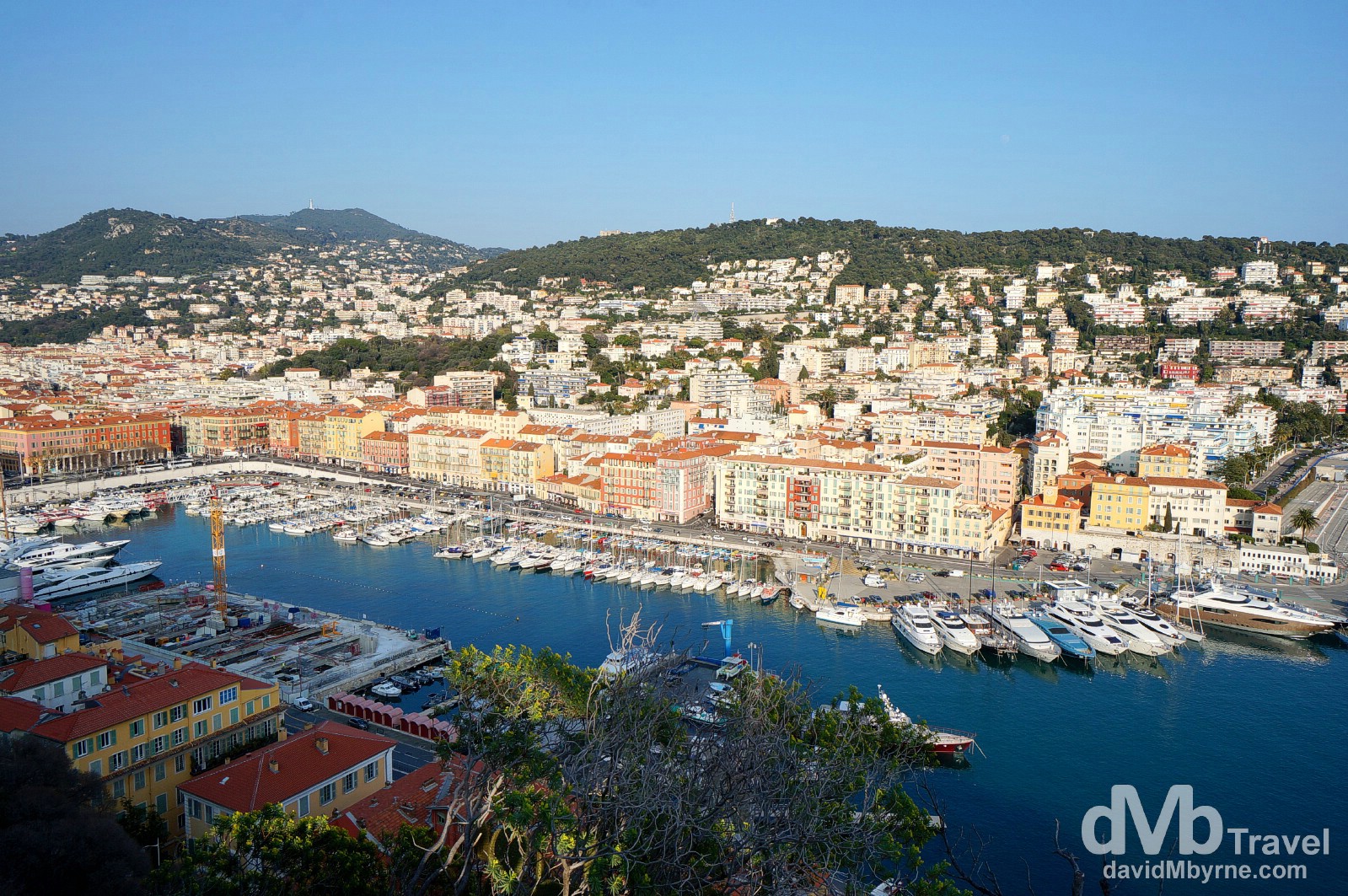 Nice is nice. Sorry, that’s lame – & truth be told I’ve been wanting to type that for a while – but that’s all I’ve got thus far from Nice on the French Côte d’Azur, known throughout the English speaking world as the French Riviera. I’ve been out all day in the sun drinking with my buddy Neil. Beer & rosé wine. I drink beer but I don’t normally drink rosé. It’s very feminine but it’s going down well here on the Côte d’Azur.

Neilo has been looking after me. He’s housing me, too. I’ll probably impose on him until Sunday, maybe Monday, Saint Patrick’s Day for 2014. Either way I’ll definitely be here on Saturday when we both plan on watching Ireland vs. France in the rugby. I’ve (we’ve) already checked out the local Irish bar. It’s just around the corner. Ma Nolan’s it’s called. It’ll do. It has at least one big screen and a promise to screen the game. Oh yes, it’ll do alright. Should be fun.

Bassin Lympia of Nice Port. This is the area of the city I’m calling home as seen from the Parc du Chateau, a hill separating the port district of Nice from Vieux Nice (Old Nice) & the modern city centre fronting Baie des Anges, the sweeping bay fronting the city. Nice (

Tomorrow I’m paying a visit to Monaco, 20 minutes east of here via train. I’m going to go (extraordinarily rich) people watching & spend a few hours faking it, pending I have money to burn. I can pull that off. Easy peasy. I might even take a few more pictures while I’m at it.