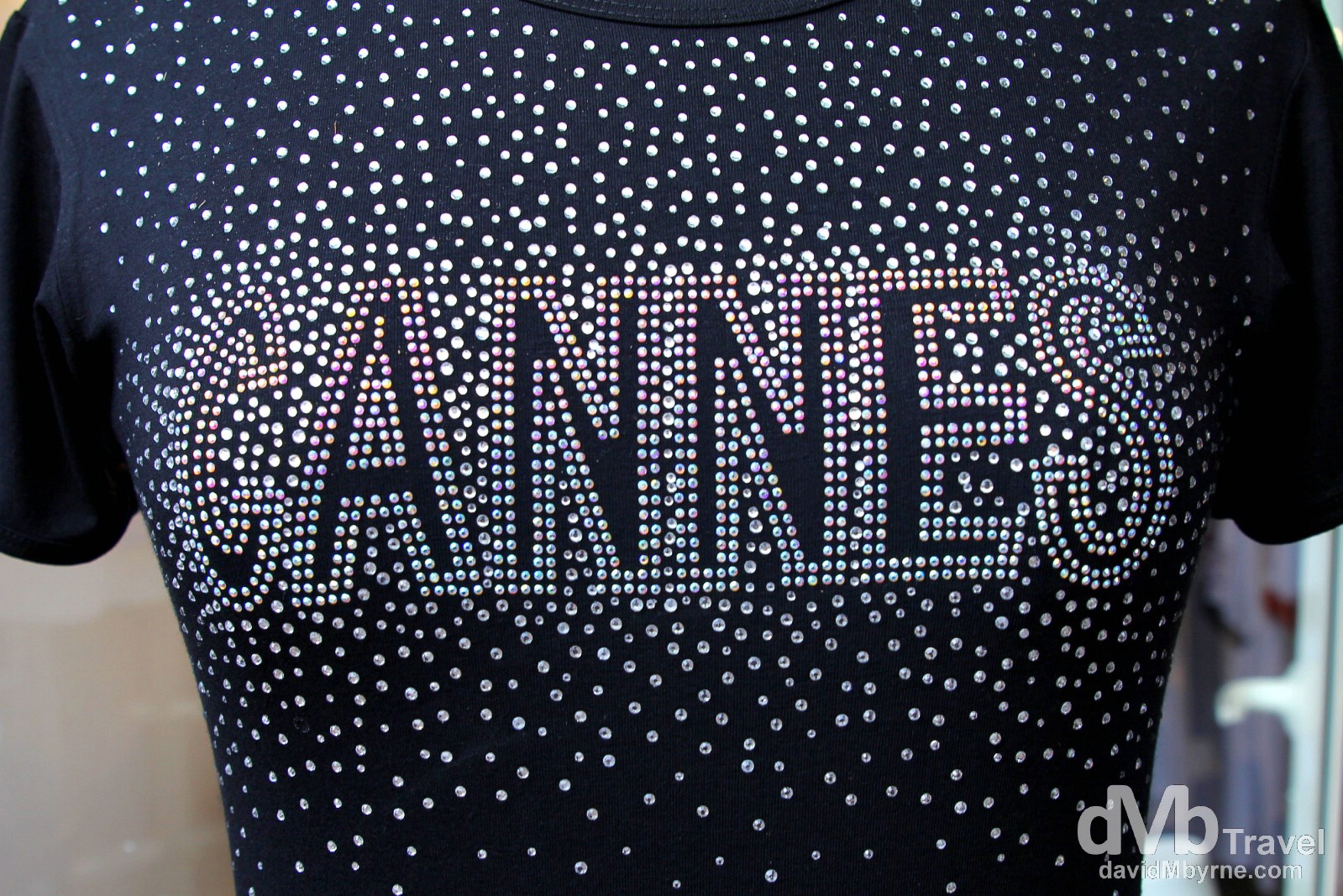 Glitzy Cannes on France’s Mediterranean Côte d’Azur, known in English as the French Riviera, is a destination de rigueur for the celebrity set. A favourite hangout of royalty & artists in days gone by, today the town is famous for the film festival that has been held here since 1939, and continuously every year since 1946 after an interruption for WWII. The Cannes Film Festival attracts some 30,000 people from the film industry and for 12 days in May turns the town into the centre of the cinematic universe. But outside of festival weeks and the busy summer months the town is just another nice, laid-back French Riviera town fronted by glistening seas & backed by lush hills. Yes, the buzz & glitz may be here all year but the crowds are not. I paid a visit to the town from my base in nearby Nice during my recent visit to the Côte d’Azur & here I group together a pictorial look at 5 things to do should you find yourself in Cannes, very few of which will cost you money, my favourite kind of to-do.

Check Out The Architecture 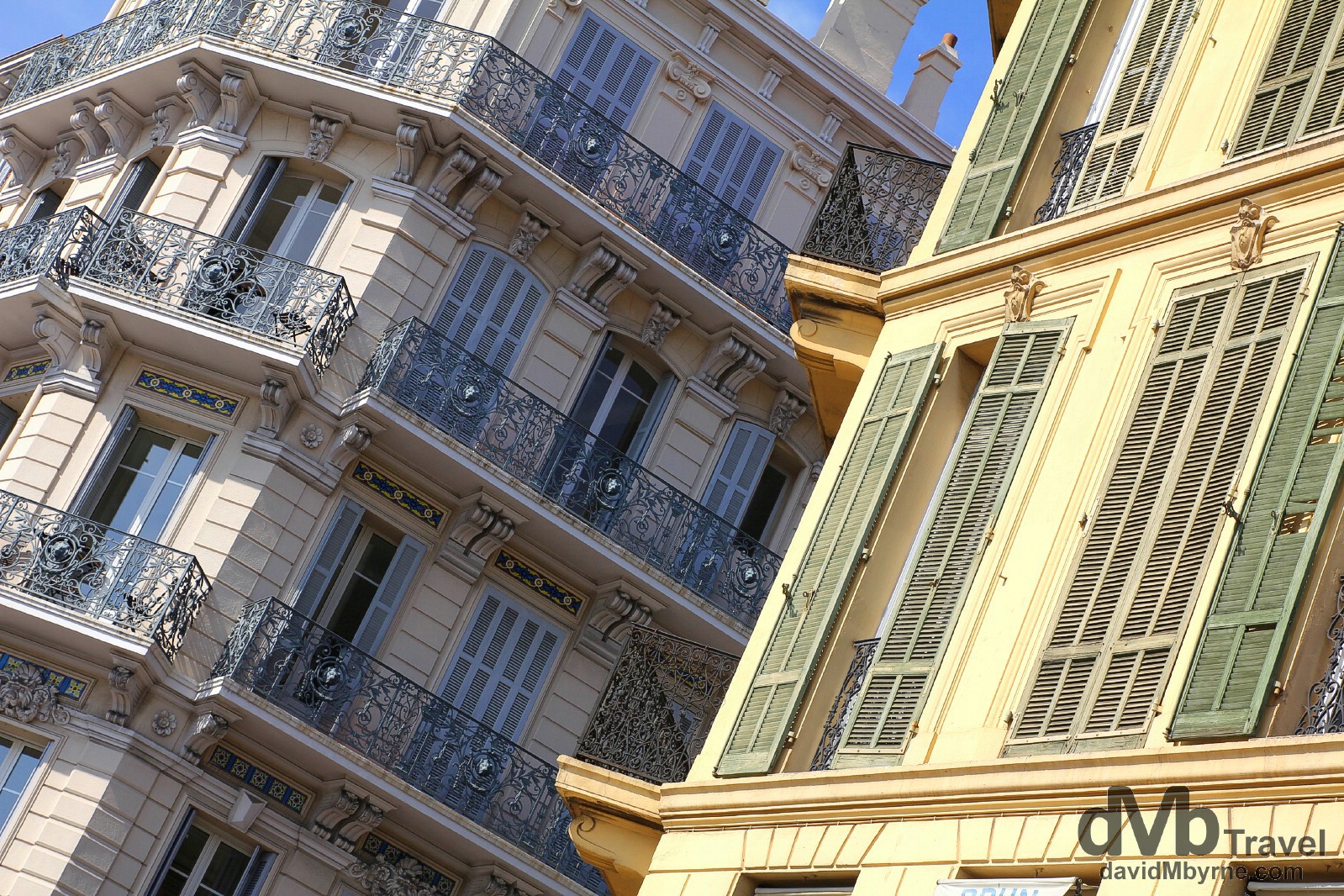 Cannes has some fine buildings, like these on Rue Felix Faure. Cannes ( 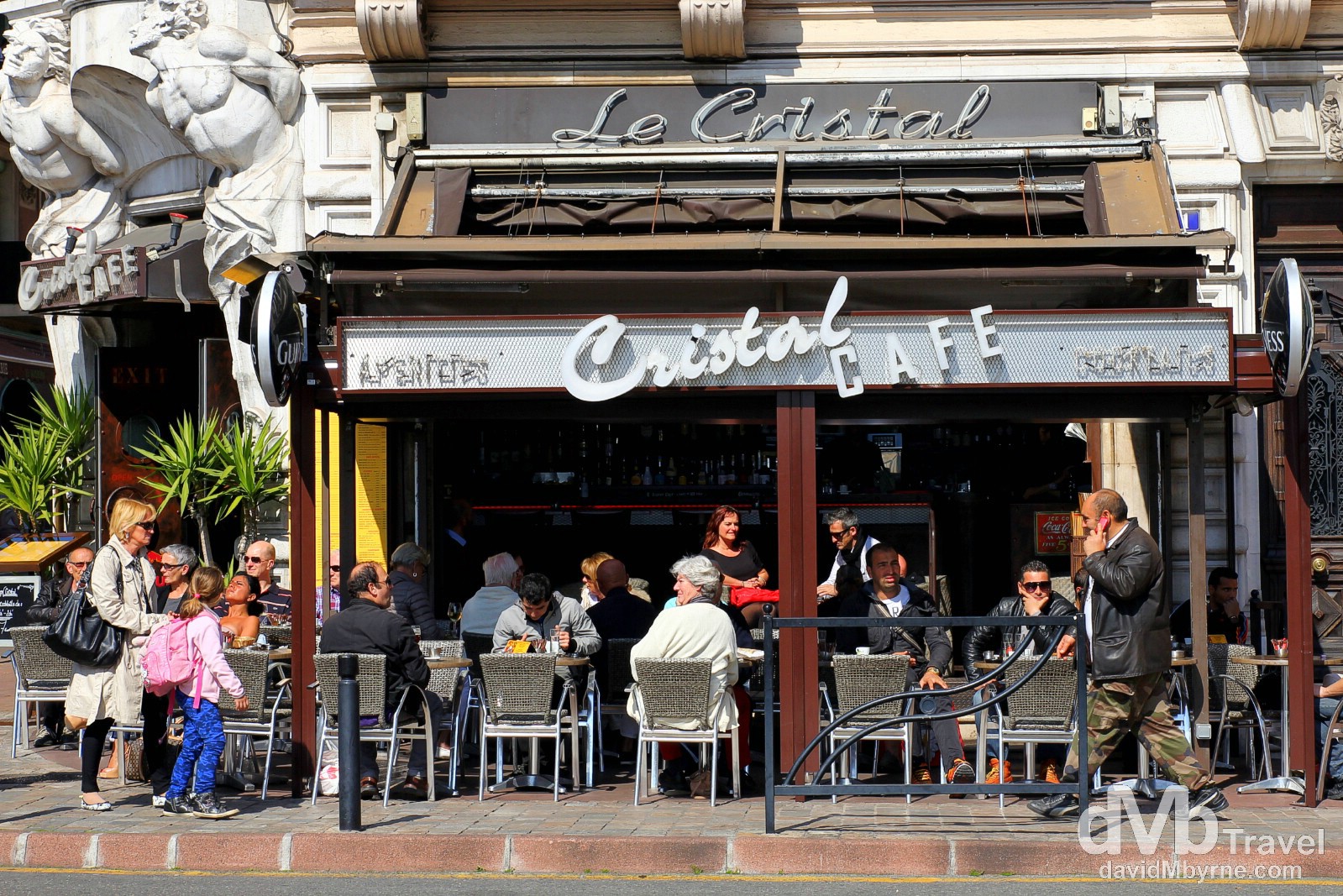 Hang out celeb spotting in one of the many town cafes. Sightings are pretty much guaranteed during the 12-day Cannes Film Festival in May, assuming you can handle the crowds. Le Cristal Café, Cannes, Côte d’Azur, France. March 15th, 2014. 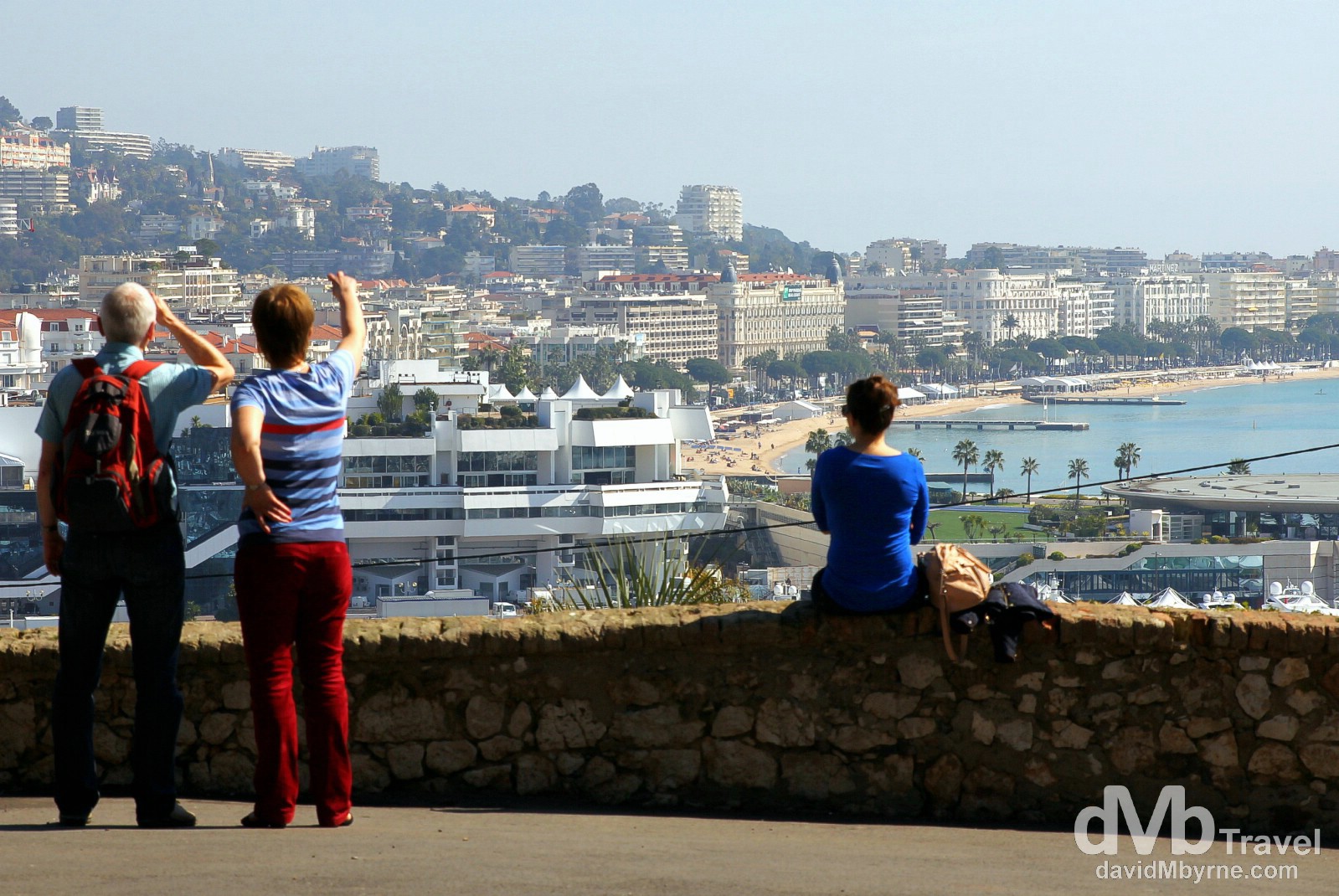 The Le Suquet Quarter, Old Town Cannes, is where you’ll find the Musee de la Castre and from where the views down over the Baie de Cannes & the Vieux Port (Old Port) are rather pleasing. Le Suquet, Cannes, Côte d’Azur, France. March 15th, 2014.

You also can, and should, wander around the tight residential lanes of the Old Town. When doing so you’ll probably forget you’re in glitzy, glamorous Cannes, at least until you reemerge from the Old Town area. 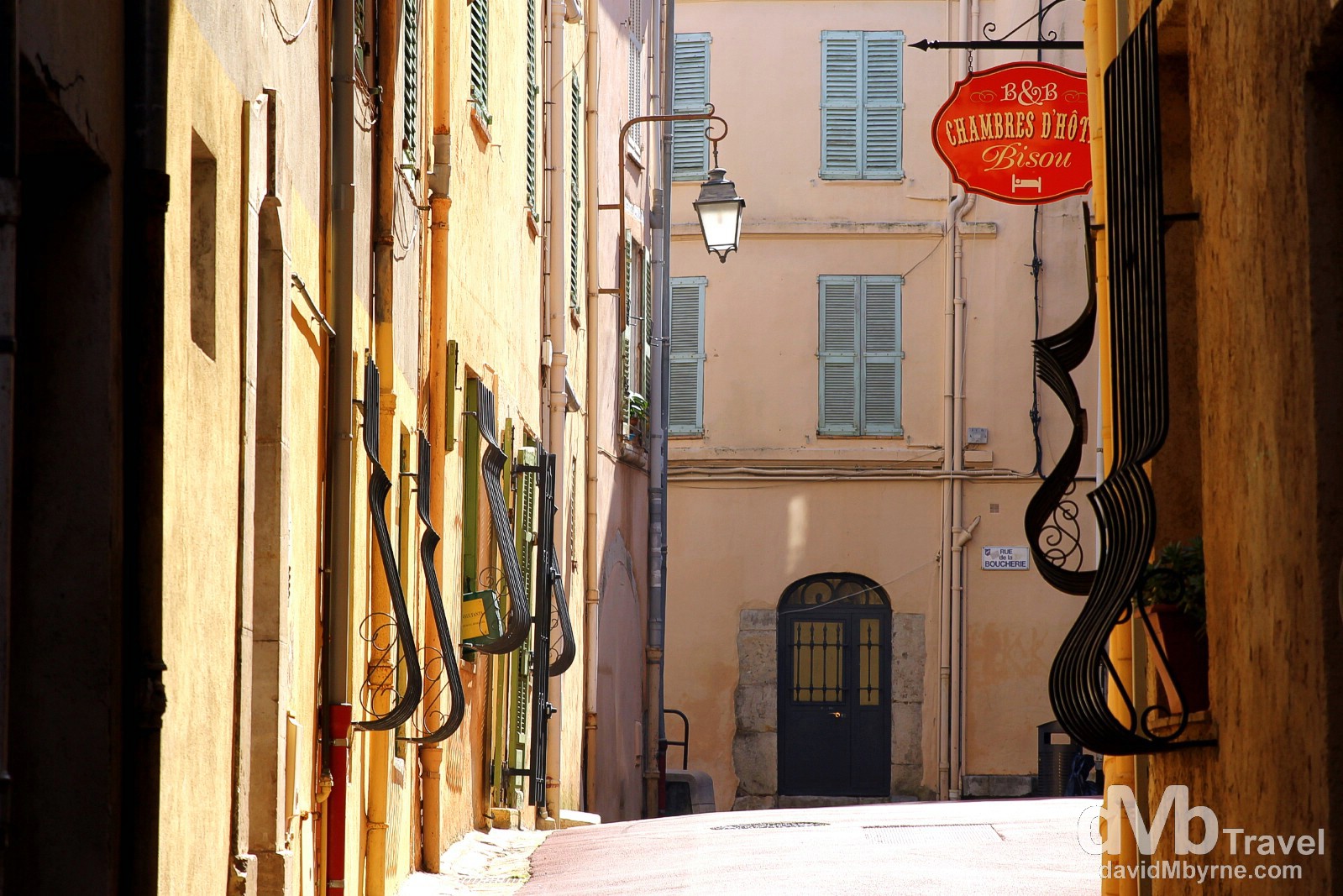 Visit the awesome local arts & crafts market in the pretty Square Lord Brougham beside Hotel de Ville and fronting Vieux Port, assuming, of course, the market is on when you’re in town. If not then the square, with bandstands & well pruned trees, is a nice place to hang out and have lunch. 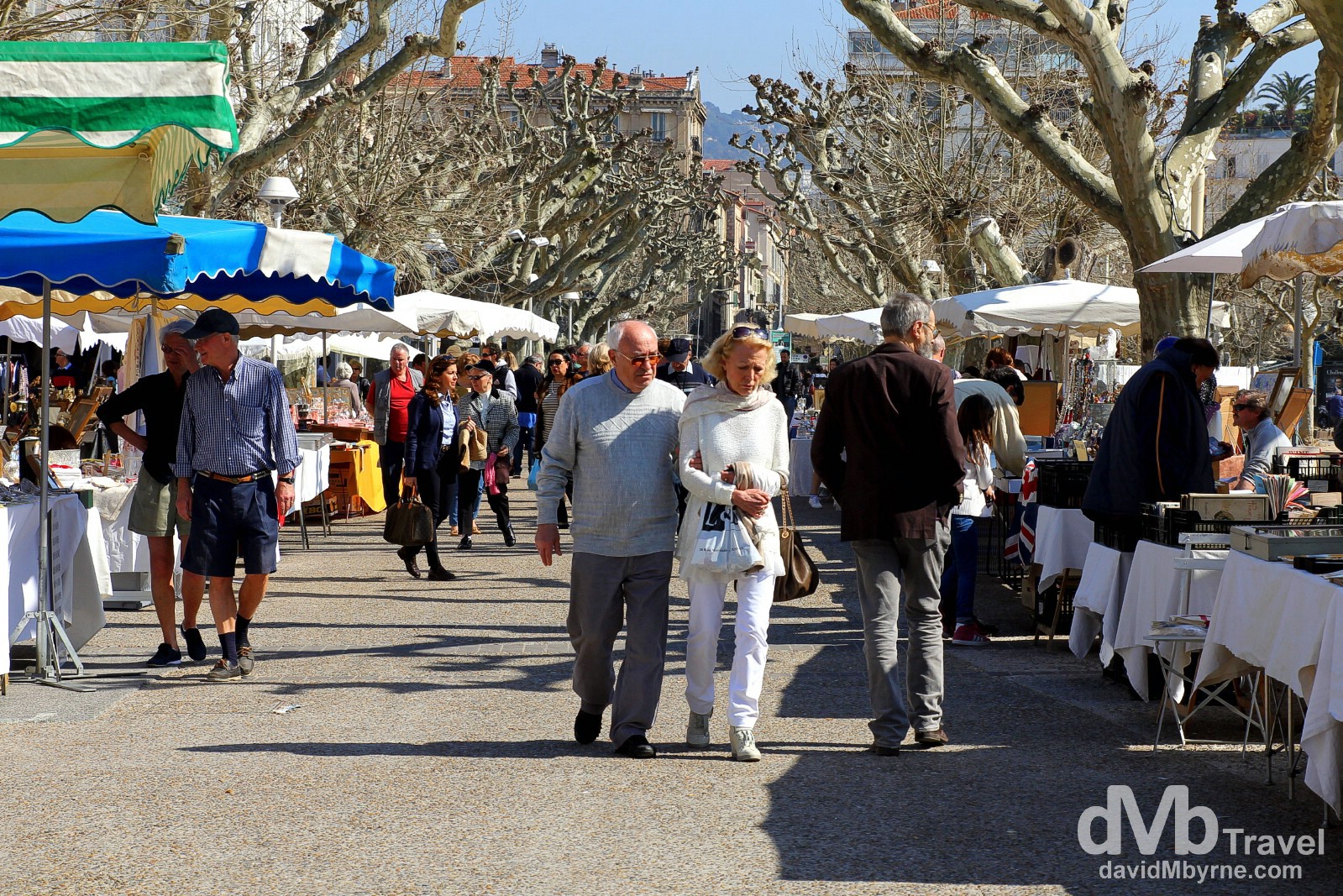 Walk along the palm tree-lined waterfront Promenade de la Croisette. On one side you can ogle at rich people on sectioned off sandy beaches (all tied to the nearby 5-star hotels) or in one of the many posh eateries lining the beach, while on the other side you can ogle at more rich people entering fancy, iconic hotels like the Carlton & shopping in expensive stores. 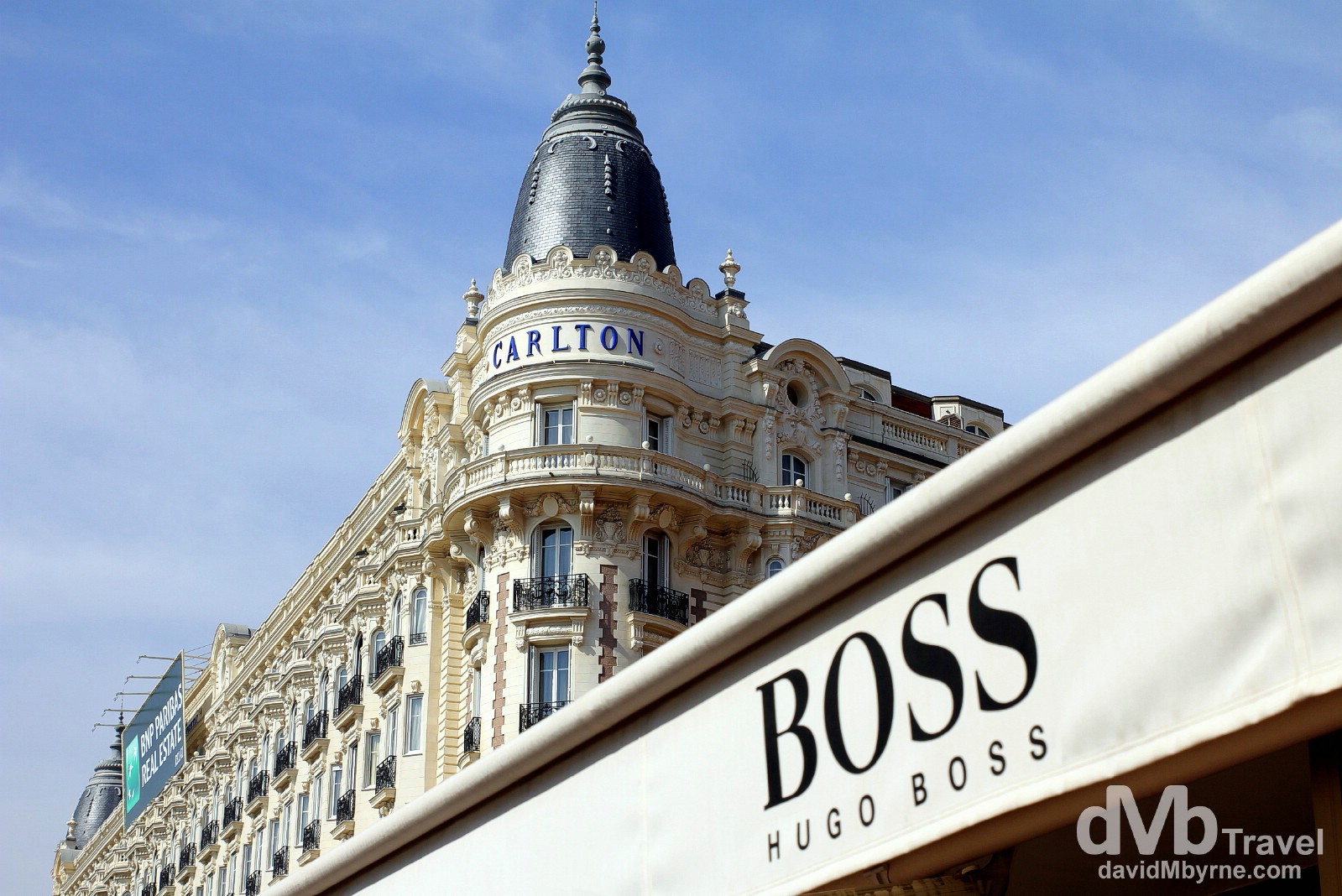