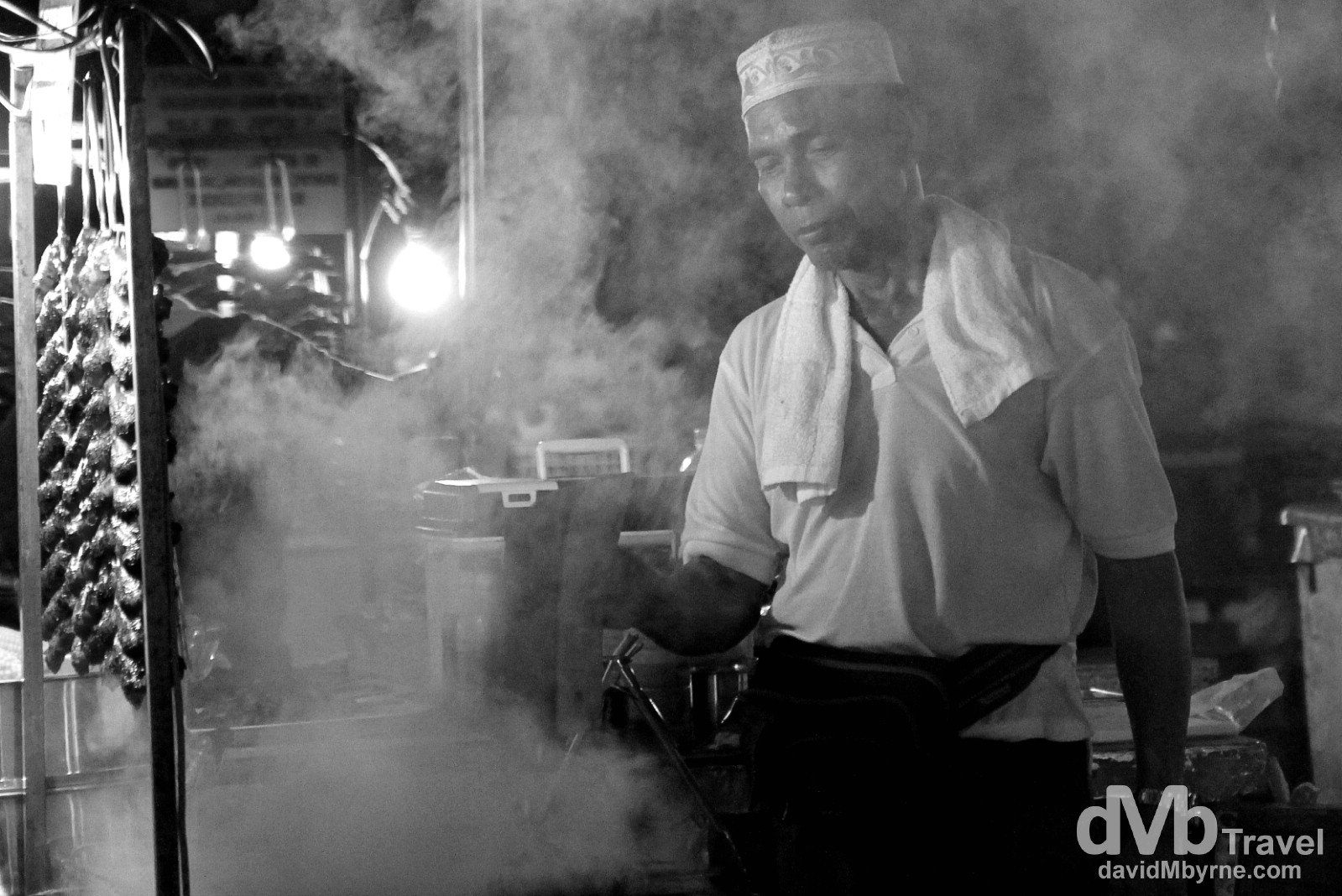 If I’m being honest I wasn’t really expecting much out of Sabah, the northernmost of the two Malaysian states found on the island of Borneo, the third largest island in the world (after Greenland & New Guinea). It’s a place that conjures up images of the unknown; it is synonymous with dense, unexplored jungles & undiscovered wildlife. Sabah has two main attractions, Mount Kinabalu & the Orangutan Rehabilitation Centre in Sepilok, both of which are well-known (well-known by Borneo standards at least). They didn’t disappoint which I guess means Borneo didn’t disappoint either. I spent eight nights in total here, time split between torturing myself on the aforementioned mountain & standing sweating profusely in a Borneo jungle pointing my camera at orangutans. I also skulked around a few markets, visited a touching war memorial, & went snorkeling. It was fun. Hot & sweaty fun. Here’s a selection of pictures from my 8 nights on Sabah, Malaysian Borneo.

Aside from the one night I spent on Mount Kinabalu & the two nights I spent in Sepilok looking at orangutans, rest of my Sabah time was spent in Kota Kinabalu (KK), the Sabah capital. It’s a nice enough place – there just isn’t all that much to see or do. Oh, and it’s hot. Very hot. I took cover most days, sheltering from the daytime temperatures so photo opportunities in the city itself were limited. Any pictures I did capture in KK seemed to be in or around markets, especially the evening Food Market on the Kota Kinabalu waterfront. It’s a hive of steamy activity & a great place to bring a camera. Food Market, Kota Kinabalu ( 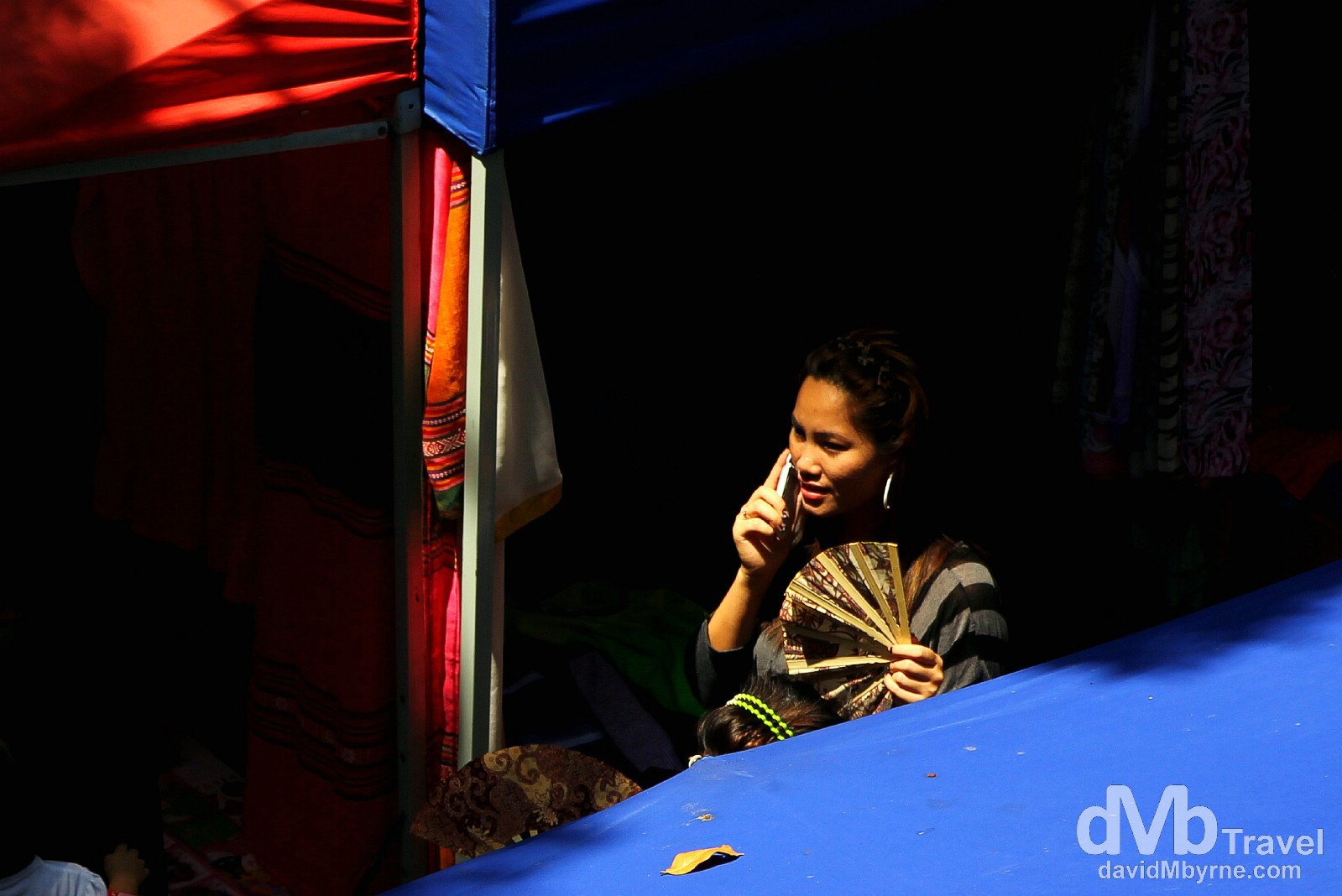 Jln Gyan street in Kota Kinabalu gets turned into a craft market every Sunday morning. It’s one of, if not the biggest event of the KK week. My guesthouse overlooked the street which enabled me to capture this picture of a women walking a path through the market stalls. Jln Gyan Sunday Street Market, Kota Kinabalu, Sabah, Malaysian Borneo. June 24th 2012. 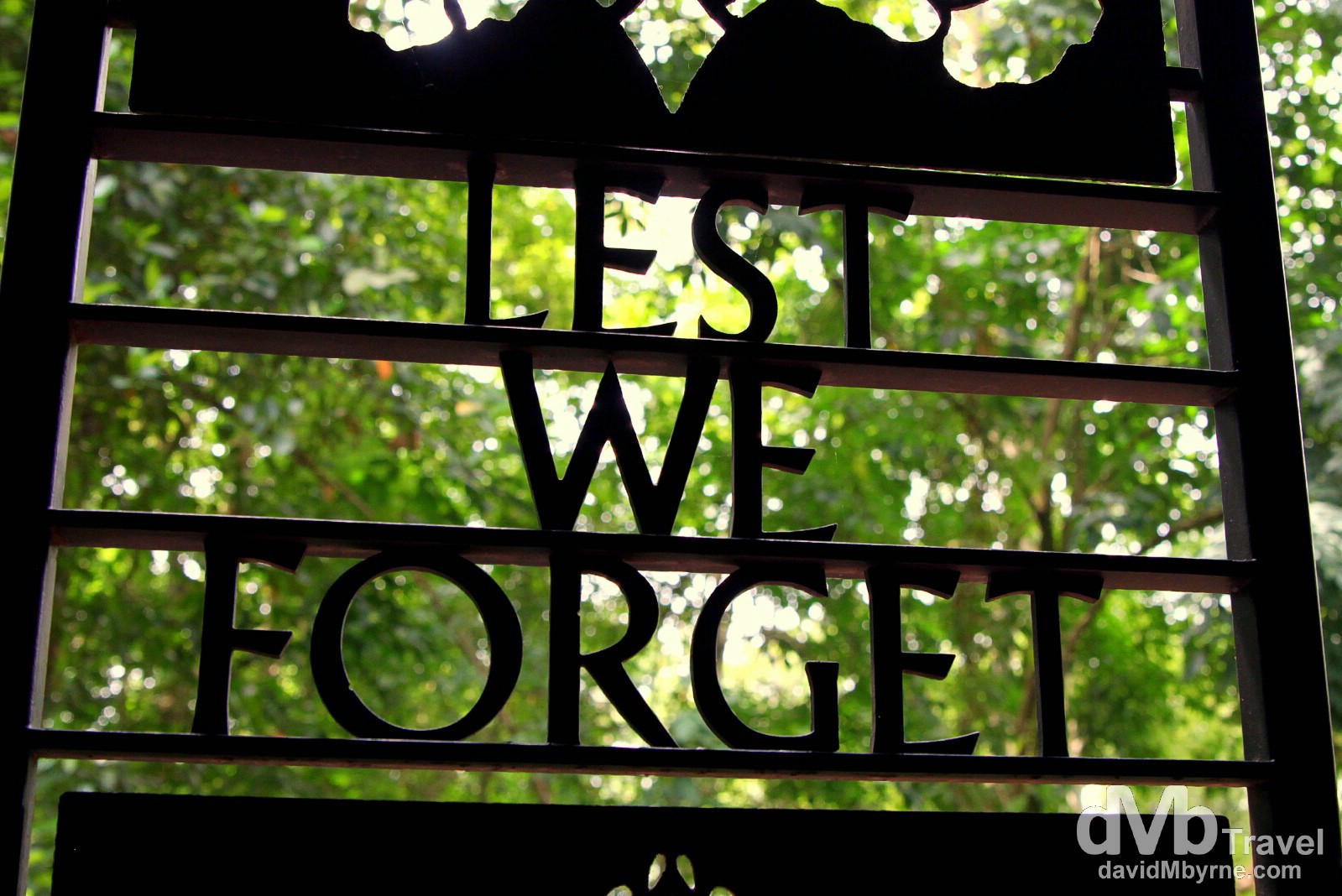 As someone interested in war history, the Kundasang War Memorial in Sabah was a real, not to mention totally unexpected highlight. The Japanese were here as part of their World War II campaign, leaving quite a mark emotionally on successive generations of island inhabitants. The beautifully poignant memorial commemorates the brave Australian and British Prisoners of War who died in Sabah at the hands of the brutal Japanese during the infamous death marches of World War II; the small museum here highlights their plight in an emotive & thoughtful way. The memorial is set in peaceful, wooded surrounds with the Australian Government in particular sparing no expense in their funding for the memorial, somewhere that is very high on the list of war memorials that I have been lucky enough to visit around the world over the years. Kundasang War Memorial, Sabah, Malaysian Borneo. June 26th 2012. 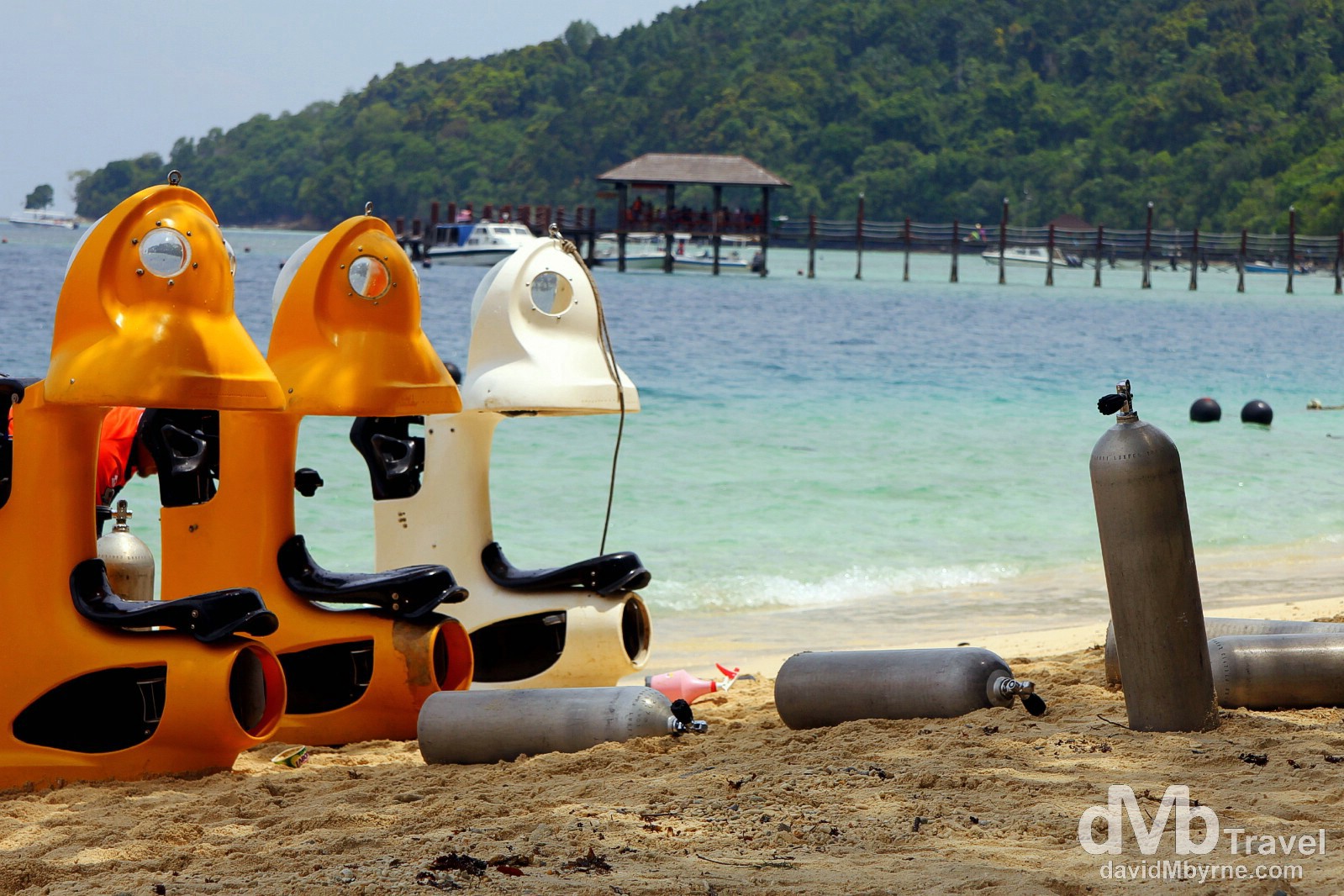 Manukan Island is one of the islands of Tunku Abdul Rahman National Park just offshore from Kota Kinabalu, Malaysia’s first maritime national park. It’s a popular location for divers, especially SCUBA divers. You can snorkel here, too. I did, coming here specifically from the mainland to do so. That said is was something of a disappointment – the coral/reefs are almost non existent, having suffered terrible & irreversible dredging and/or bleaching. Manukan Island, Kota Kinabalu, Sabah, Malaysian Borneo. June 28th 2012.