The Largest Of Its Kind In The World, Set Among Virgin Borneo Jungle

Once the post-Mount Kinabalu hurt had subsided, it was time to drive the 6 hours from Kota Kinabalu, the capital of Sabah, Malaysian Borneo, to the east of the region to Sepilok. People come here, me included, to visit the Sepilok Orangutan Rehabilitation Centre, a sanctuary that started in 1964 for the rehabilitation of orphaned baby orangutans. Today the 4,500 hectares of virgin Borneo jungle designated to the reserve make it the largest reserve of its kind in the world. 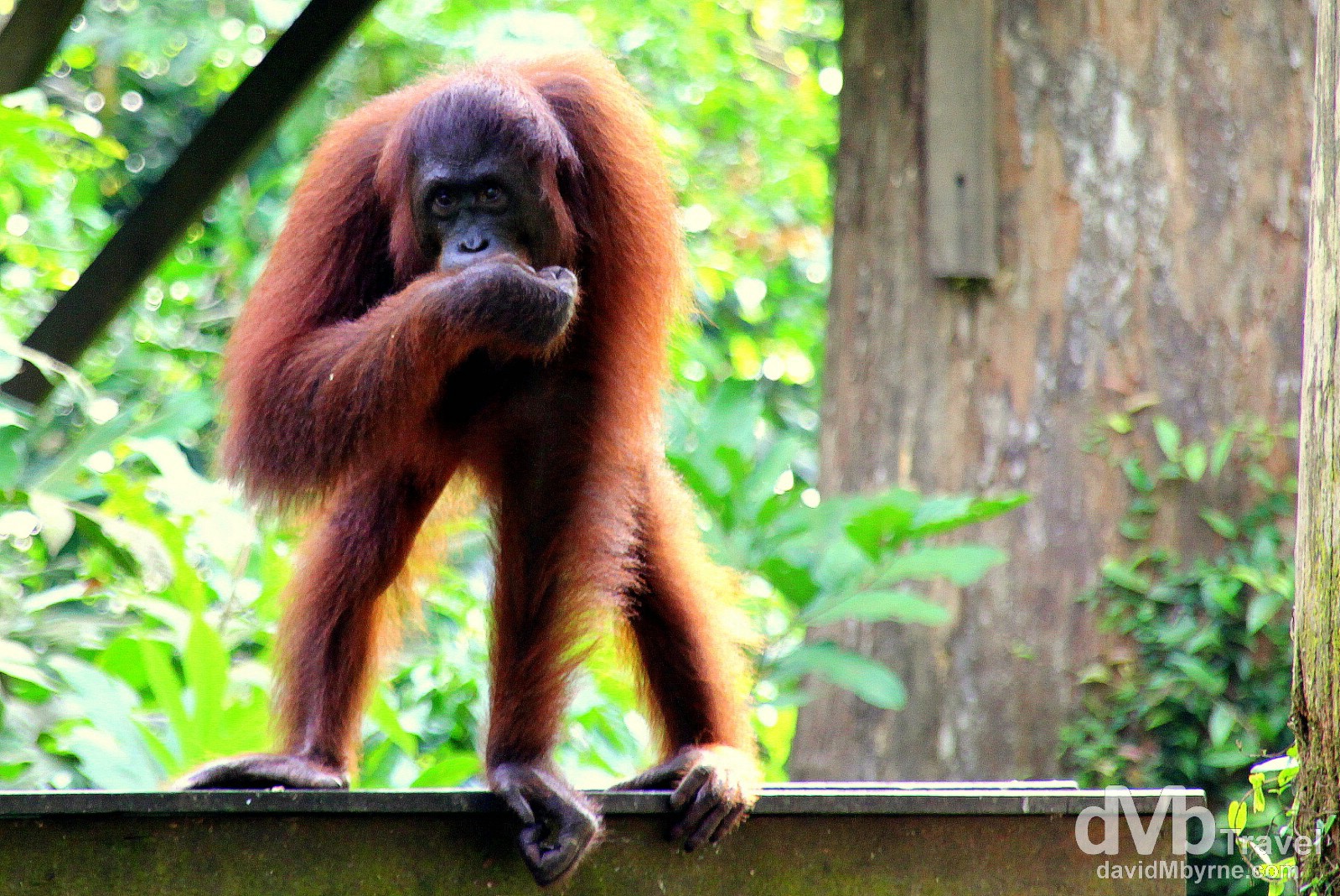 A resident at the Sepilok Orangutan Rehabilitation Centre (

). Gentle & shy in nature, sightings of these amazing creatures in the wild are very rare. Along with gorillas, chimpanzees and baboons, Orangutans are 1 of the 4 great apes but the only one to live outside of Africa – they are found only in the rain forests of Sumatra, Indonesia, & here in Borneo. Their distinctive hair is typically reddish-brown instead of the brown or black hair typical of chimpanzees and gorillas. They are the most solitary of the great apes with social bonds occurring primarily between mothers and their dependent offspring, who stay together for the first two years. Of course they are considered ‘endangered’ with – surprise surprise – human activities having decimated their numbers. Sepilok Orangutan Rehabilitation Centre, Sabah, Malaysian Borneo. June 26, 2012. 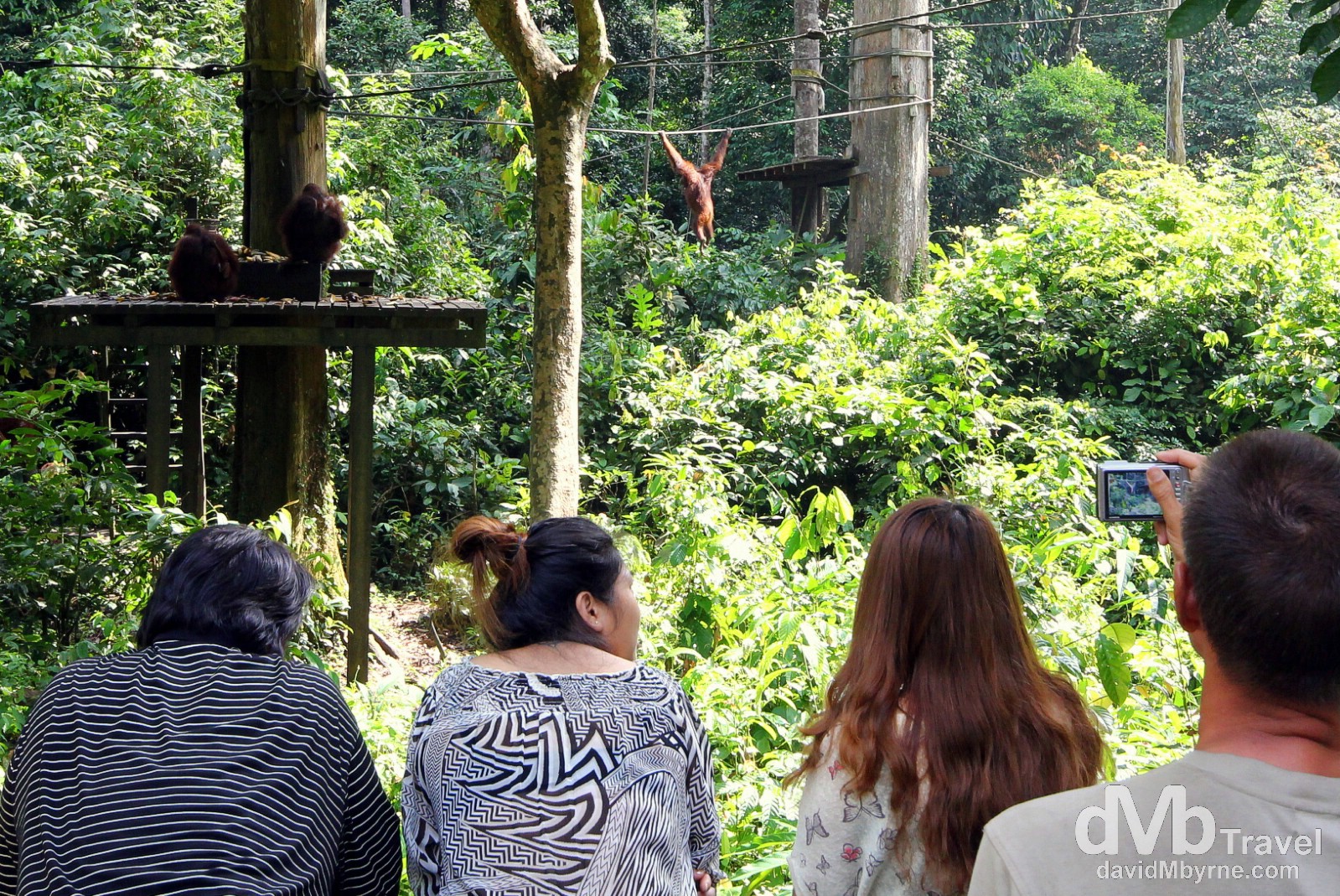 The viewing deck at the Sepilok Orangutan Rehabilitation Centre is a busy place. People congregate here twice a day to witness feeding time, when staff place food on the jungle platforms to entice the orangutans out from their jungle coverage; they can be heard & eventually seen swinging into view. No guarantees are given as to the numbers of orangutans that will appear (if any) but chances are good that at least one will appear to appease the camera-toting masses. Sepilok Orangutan Rehabilitation Centre Sabah, Malaysian Borneo. June 26, 2012. 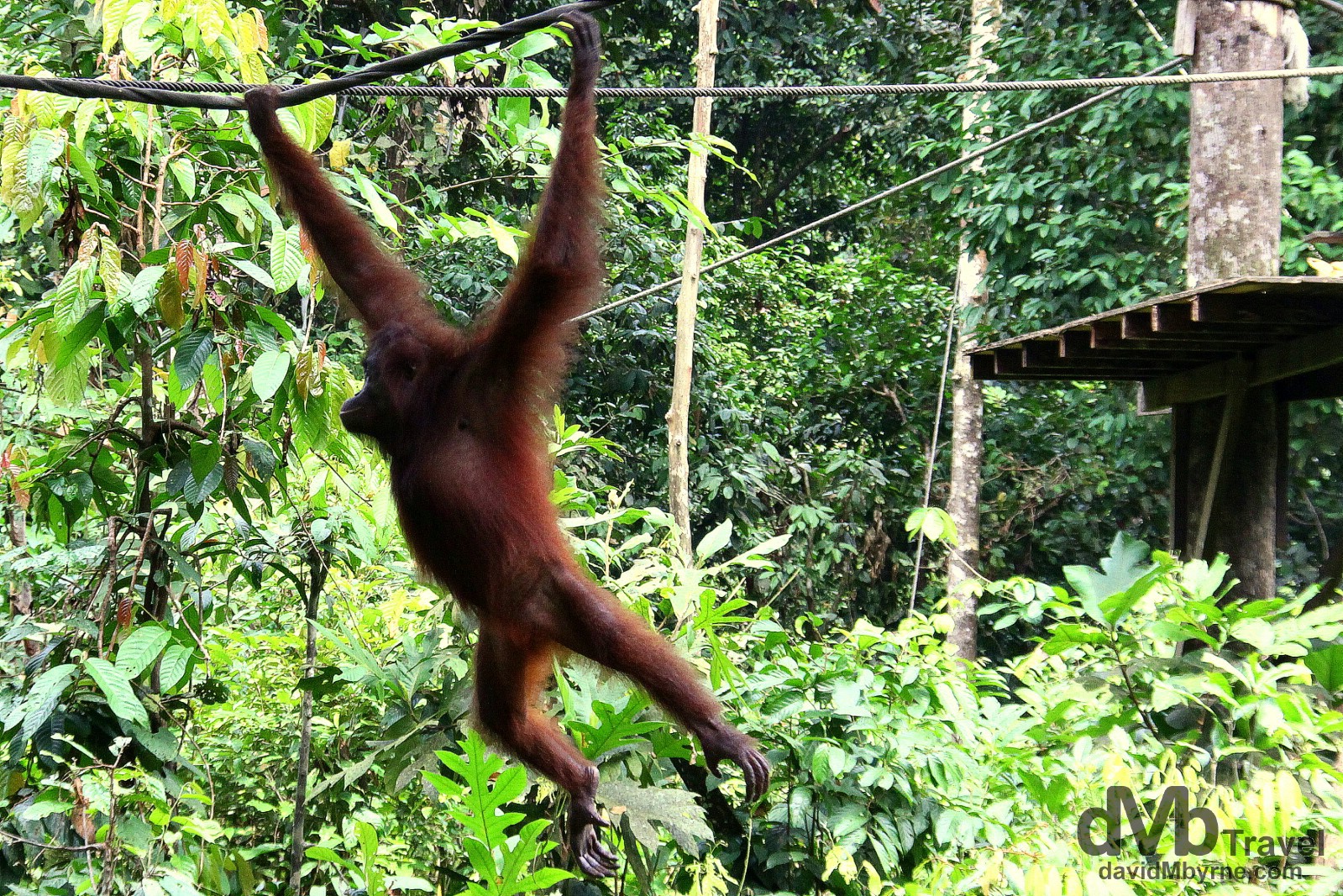