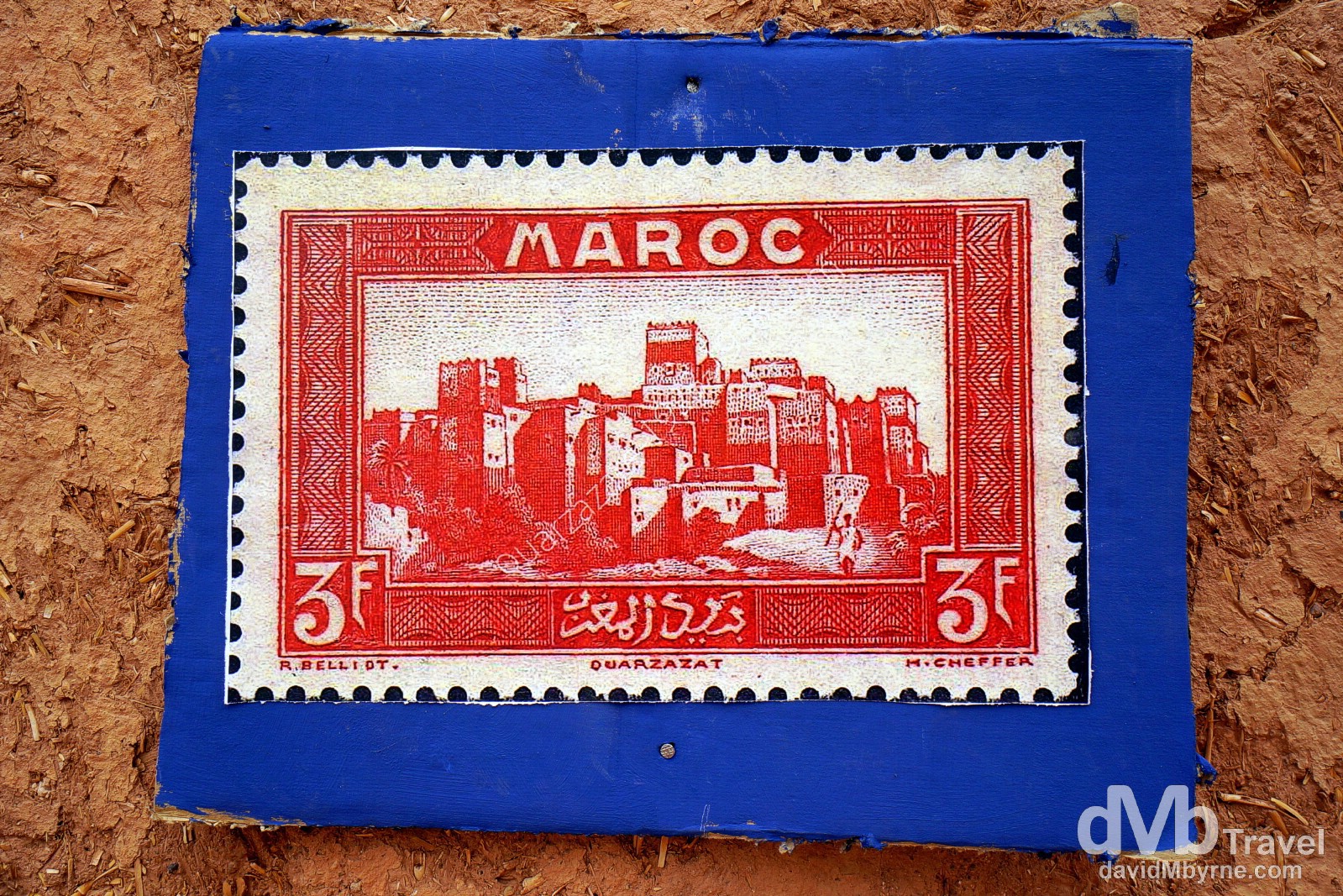 My Moroccan adventures continue. I’ve crossed over the Atlas Mountains into what is classed as the southern oasis, the Moroccan pre-Sahara. Yes, the Sahara dunes and the border with Algeria are not too far away & I’m slowly making my way there. The landscape of the Moroccan pre-Saharan southern oasis that surrounds me here in the town of Ouarzazate is one of a dusty & oppressively hot region of arid rock & scrub wasteland, a region the local Berbers call hammada. It’s a strikingly, not to mention surprisingly beautiful landscape, the sort of dusty red terra firma that I naively expected all of Morocco to look like pre-arrival. I’ll be spending my third night tonight here in Ouarzazate, still riding out the aching legs from my recent Jebel Toubkal assent (one more sleep and I’ll be right as rain I reckon), before continuing eastward in the morning & getting that bit closer to the desert.

Ouarzazate
Ouarzazate, one of Morocco’s new pre-Saharan towns, was created by the French as a Foreign Legion garrison in the late 1920s. A 5-hour bus ride over the Atlas Mountains from Marrakesh, safe to say there’s not a whole lot going on here & if it wasn’t for the town’s cafes, its Kasbah Taourirt & the nearby UNESCO listed Ait Benhaddou, then I wouldn’t have enjoyed doing absolutely nothing here nearly as much as I have done. 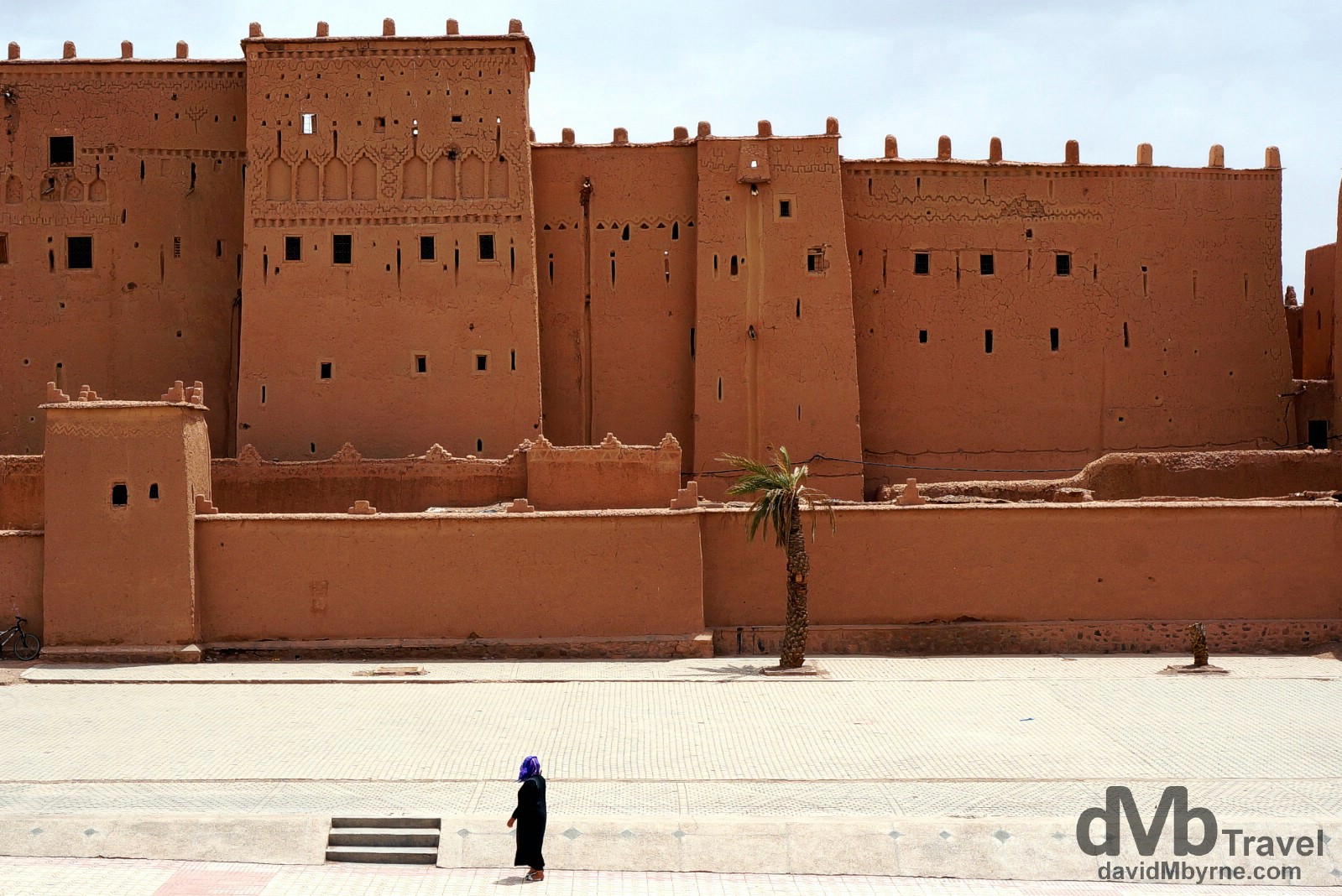 Walking in front of the walls of the Kasbah Taourirt in Ouarzazate, Morocco. May 13th, 2014

Kasbah
Here in Ouarzazate I got my first look at a Moroccan Kasbah, which in the southern oasis region is typically a fortified citadel, something like a castle where everyone could take refuge in times of trouble. Amazingly these imposing structures were built exclusively of straw & mud-clay bricks sourced from, & dried beside, nearby riverbanks. A unique development of the Berber populations, they are typically rectangular structures with turrets at each corner that are usually decorated with Berber motifs. Kasbahs are found throughout the southern region but especially the regions fertile date palm oases & valleys (no, it’s not all arid desolation around here). 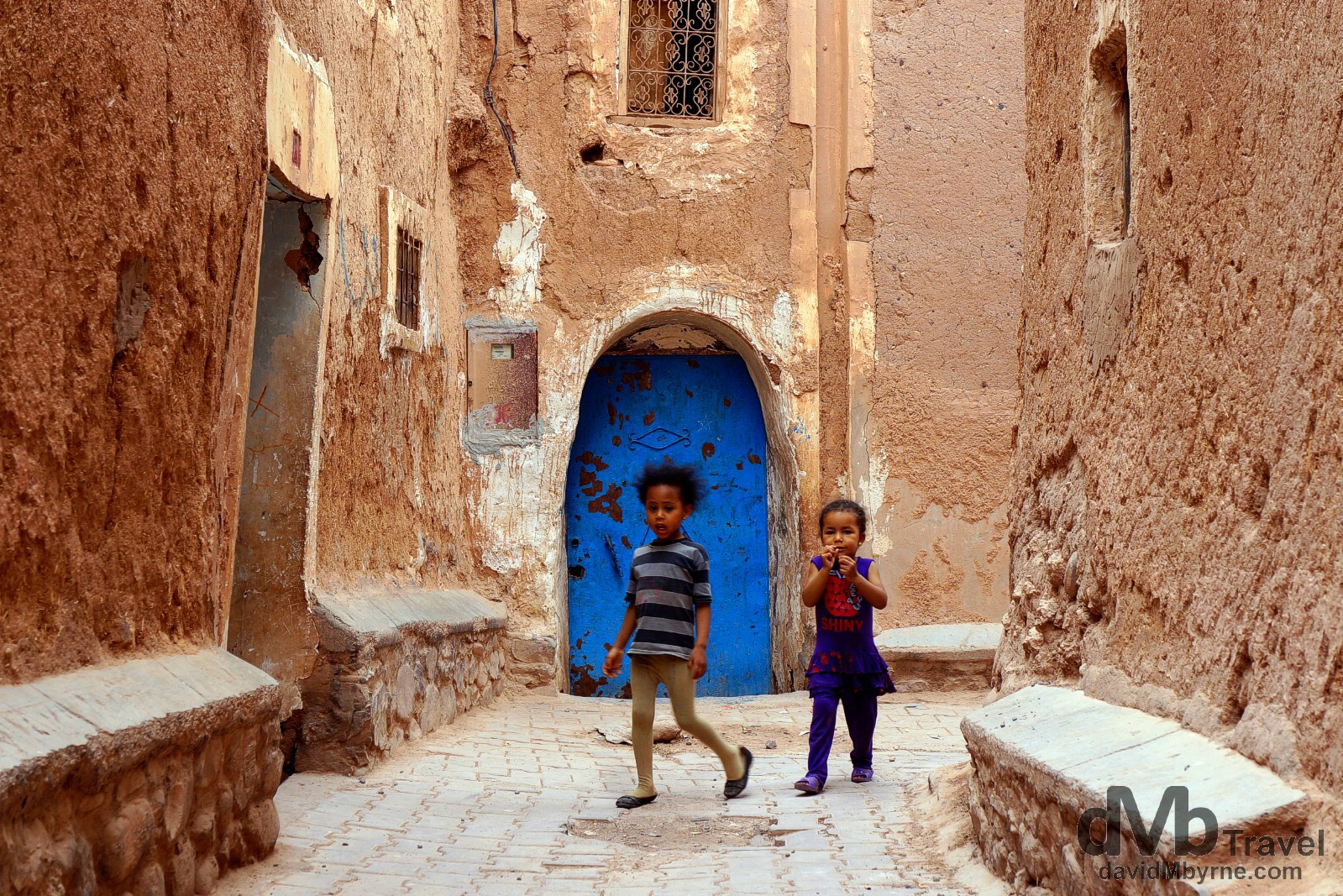 In the 1930s the Kasbah Taourirt in Ouarzazate the largest of its kind in the country. It was given into the care of the new government following independence from France in 1956 but quickly fell into disrepair – some of it has been washed away while UNESCO has taken it upon themselves to restore other areas (although it’s not a UNESCO protected/listed site). It might have fallen into ruin altogether if not for bagging a gig as a Hollywood backdrop – Star Wars, among other blockbusters, was shot within its walls. (The town of Ouarzazate, home to at least 2 movie studios & a Cinema Museum that got 30 dirhams of my money (€3), is nicknamed ‘Ouallywood’ – well-known movies like Laurence of Arabia, Gladiator, Kingdom of Heaven, Alexander, Babel, & The Mummy were all shot on location here). There is still a community living within the walls of Ouarzazate’s kasbah making it an interesting place to wander – one feels like they are stepping back in time. While poking around the lanes I captured this picture of kids who were briskly walking towards me to deliver a big ‘bonjour!’ Ouarzazate, Morocco. May 13th, 2014