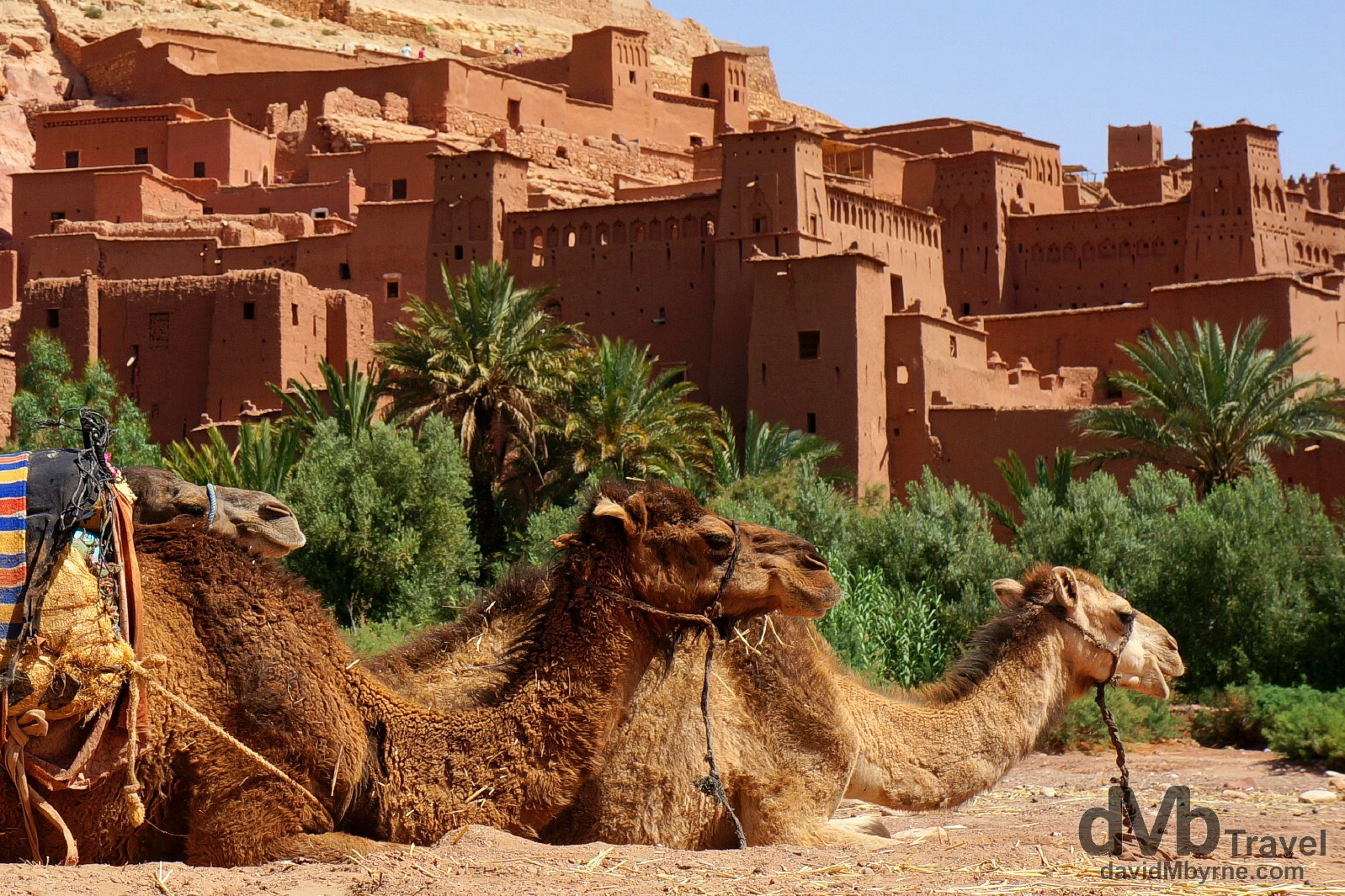 Kasbah, found throughout the Moroccan pre-Saharan southern oasis & especially in the regions fertile date palm oases & valleys, are typically fortified citadels, something like a castle where everyone could take refuge in times of trouble. Amazingly these imposing structures were built exclusively of straw & mud-clay bricks sourced from, & dried beside, nearby riverbanks. A unique development of the local Berber populations, they are typically rectangular structures with turrets at each corner that are usually decorated with Berber motifs. Probably the most famous of all Moroccan kasbah is the UNESCO-listed Ait Benhaddou, located about 30 kilometres northwest of my base in the town of Ouarzazate (& getting to & from Ait Benhaddou by sharing the back seat of a Cold War-era Mercedes with 4 other Moroccans was memorable). 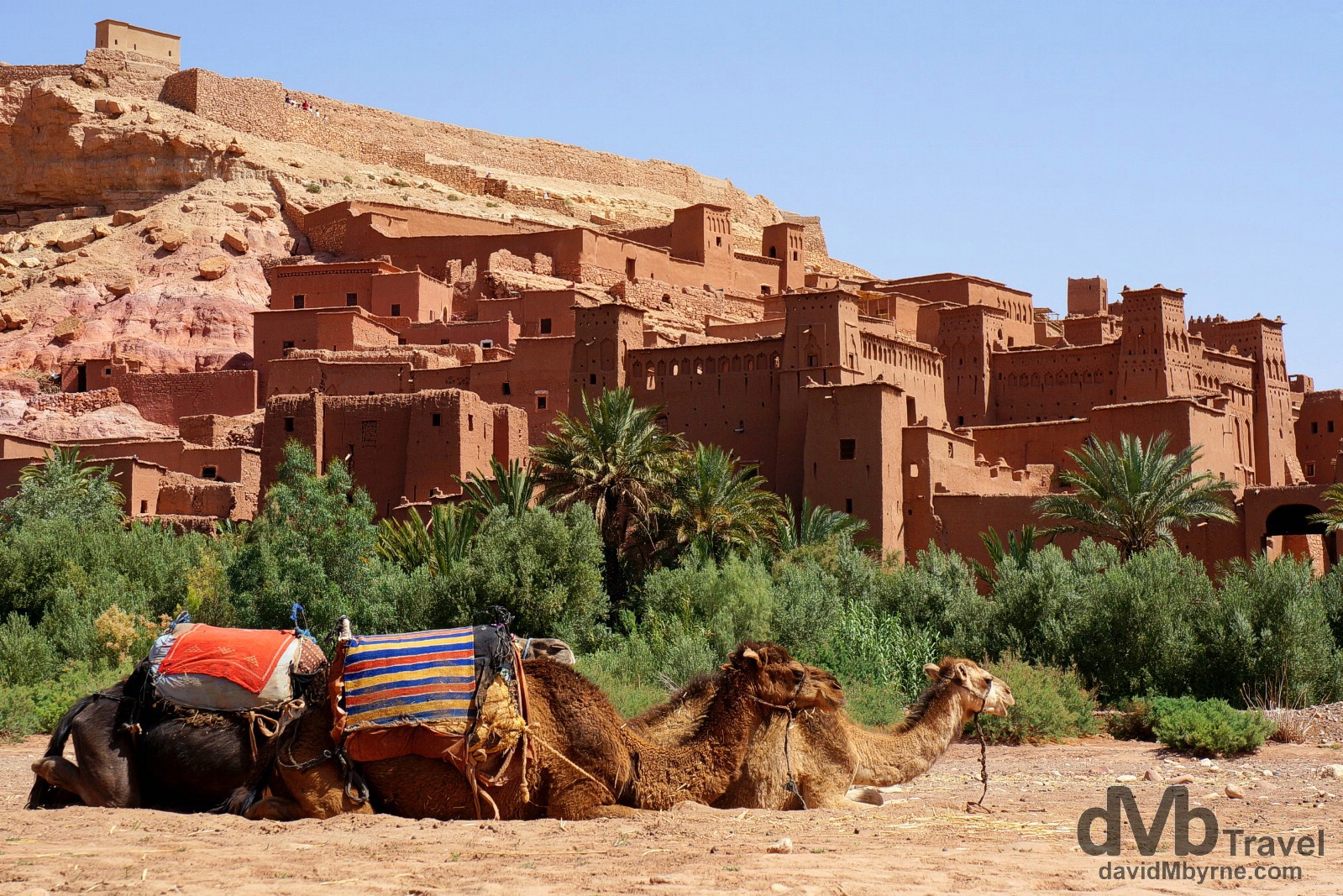 Ait Benhaddou’s strategic location, piled upon a low hillock in the Ounila Valley, saw it play a vital role in the old trans-Saharan caravan route between the old imperial cities of Morocco & out across the Sahara to places like Timbuktu & the regions of the former Sudan. The sites importance dwindled in the 20th century – after the then ruling French built actual roads – & the structure was left to crumble. Hollywood & UNESCO came to the rescue – Ait Benhaddou has been used as a backdrop for such movies as Laurence of Arabia (early 60s), Jewel of the Nile (80s), & most recently Gladiator (late 90s). Periodic Hollywood touch-ups mean this botoxed 11th century structure is looking OK for its age, so much so that UNESCO granted it a place on its list of protected sites in 2004 choosing it as the outstanding representative of the extraordinary mud-brick desert architecture of the Moroccan south.

The ksar, a group of earthen buildings surrounded by high walls, is a traditional pre-Saharan habitat. The houses crowd together within the defensive walls, which are reinforced by corner towers. Ait-Ben-Haddou, in Ouarzazate province, is a striking example of the architecture of southern Morocco.

– UNESCO commenting on Ksar of Ait-Ben-Haddou 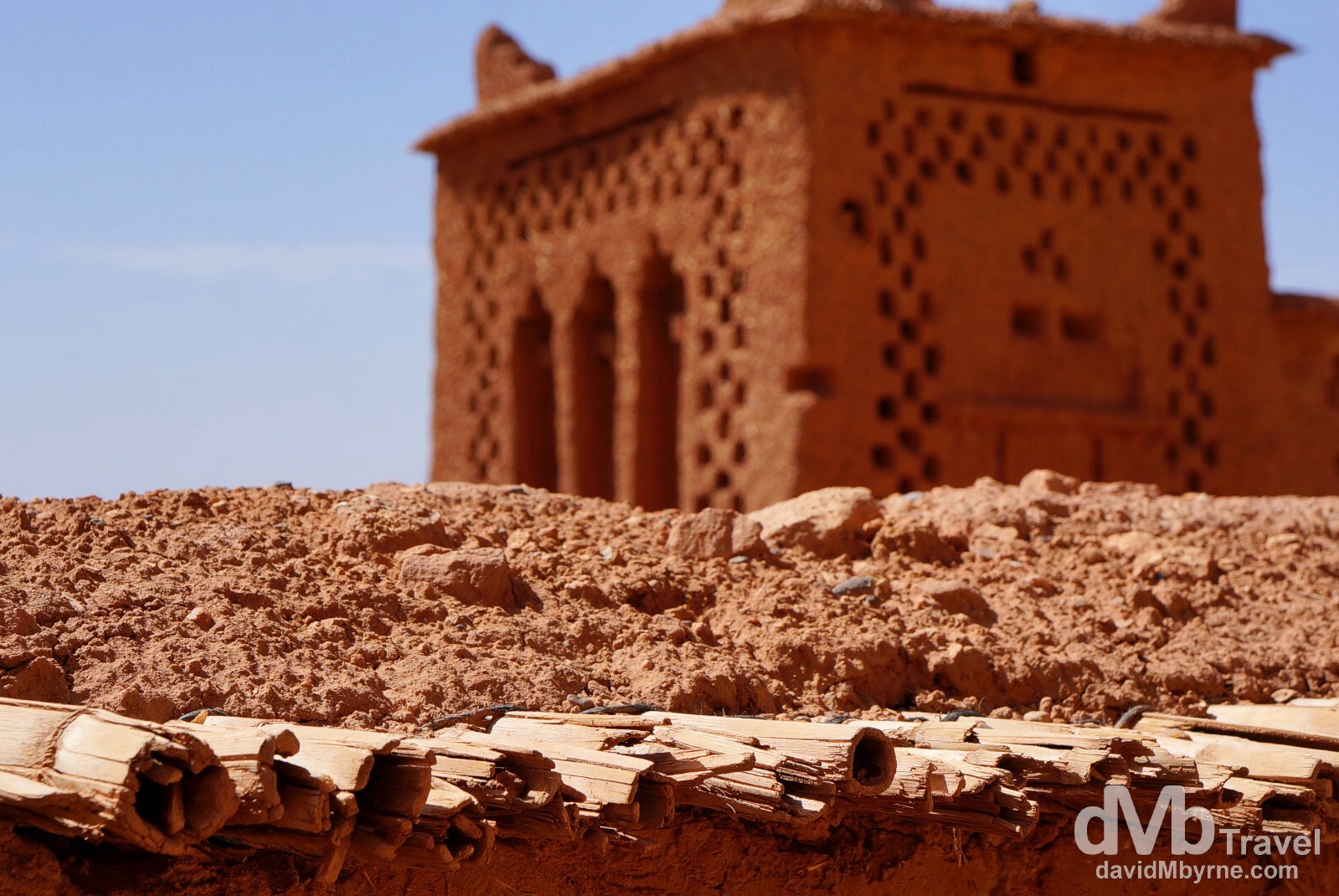 A section of the walls of the Ait Benhaddou. It’s rather astonishing that structures such as Ait Benhaddou can be made from materials such as mud bricks, straw & bamboo in the first place. It’s even more astonishing that they still stand today, the efforts of Hollywood & UNESCO aside. Seasonal rains do wash off some of the mud so constant upkeep of the buildings is required, a chore of epic proportions no doubt. Ait Benhaddou, southern Morocco. May 14th, 2014 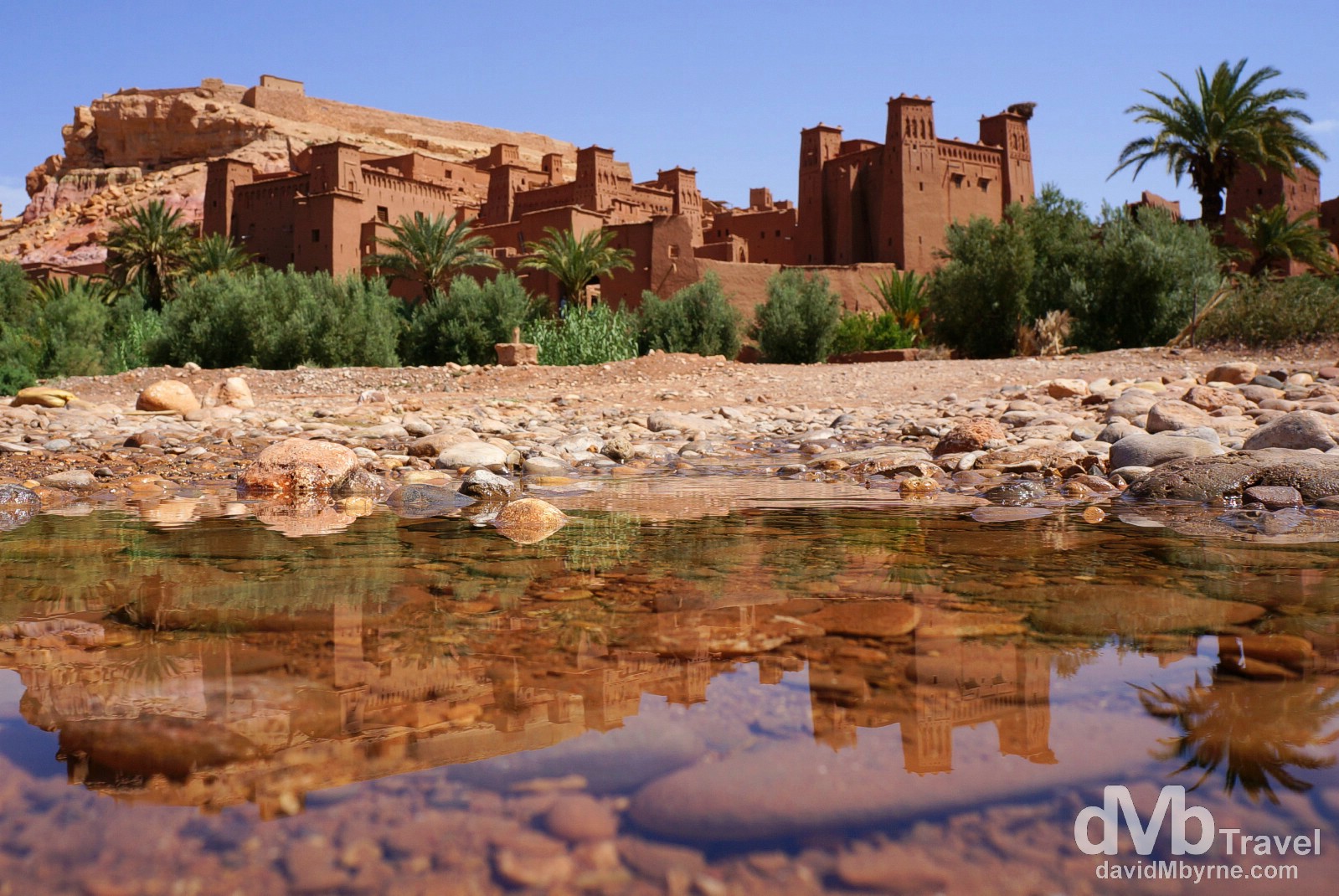 Reflections at UNESCO-listed Ait Benhaddou in southern Morocco. May 14th, 2014.