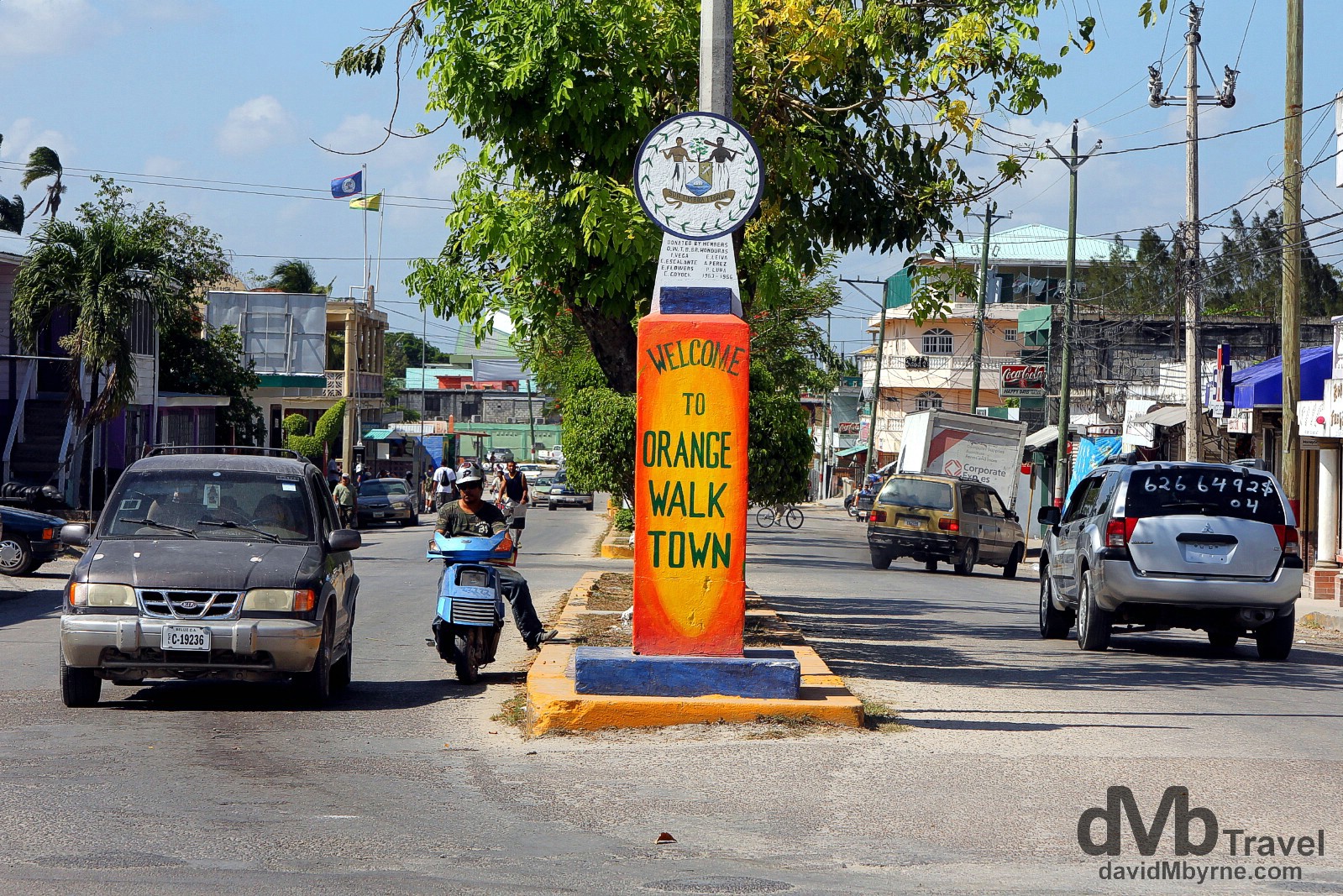 I had one of those travel moments today, a few minutes after stepping off the bus from Chetumal in Mexico & weighed down with my bags, when I found myself questioning what the hell I was doing here, here being a place called Orange Walk in northern Belize.

Orange Walk has a crumbling, dusty, lawless look to it, just like the rest of the country, or at least what I saw of it en route after passing over the border with Mexico. What I’m doing here is fulfilling a desire I’ve had to visit this region – Central America – for nigh on 9 years now.

Nine Years In The Making
I remember sitting in a café in Yangshou, southern China, way back in September of 2004 and been told by fellow travellers how Central America was the place to be. ‘The next SE Asia’ is what they claimed it to be. Not that I can remember much more of the conversation than that but something about what they said resonated with me and I’ve had Central America near the top of my bucket list ever since. It only took 9 years but I finally made it to the region.

By all accounts (emm, the 5-year-old .pdf version of Lonely Planet’s ‘Central America On A Shoestring’ that I have with me) Belize isn’t like the rest of Central America – it’s supposed to be more Caribbean, less Latin American. I’ll be the judge of how different it is to the other 6 countries in the region over the coming weeks, but I can already confirm that it – Belize – is nothing like Mexico, at least not the Mexico I saw (& again I’m amazed how on either side of a geographical demarcation line environments & its people can alter so much).

Firstly, the Belizeans, who seem an extraordinarily friendly bunch, speak English. Hey, I’ll have a go at butchering a language (of course I will) but having spent the last 3 weeks stumbling over Spanish with the locals in Mexico it’s a welcome relief, a respite if you will, to speak to the locals here in English. For that we can thank the Brits who were in control here until they hotfooted it in 1981 – & by the looks of it they forgot to build any nice buildings for the almost 200 years they were here (I thought building fancy buildings was the colonial British way of things).

Secondly, it’s expensive – BZ$45/€17 for the cheapest room in town is a lot more then I’d have paid for a room in Mexico.

Thirdly, & again unlike in Mexico, there doesn’t seem to be a lot to do here – that’s the case for Orange Walk for sure & Belize in general seems to struggle in this regard. But it is only my first night here so I’ll give the country a chance. Of course I will. 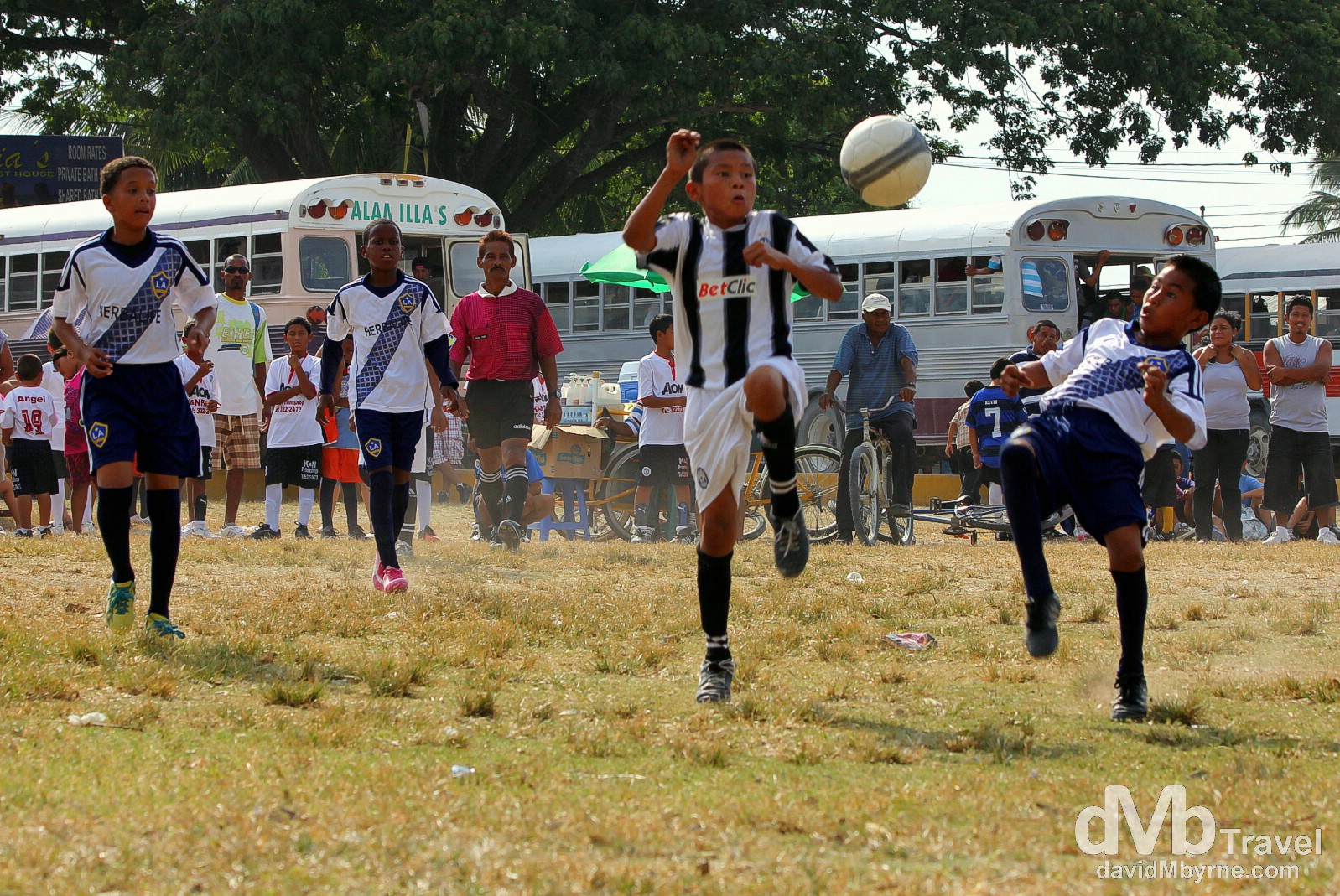 Someone found something to do in Orange Walk, Belize. May 10th 2013.

Lamani Mayan Ruins || The Orange Walk To-do
All that said, Orange Walk does offer an escape, a tour to the nearby Mayan ruins of Lamanai, a tour I’ve signed up for tomorrow. I’ll be honest – having gotten my fill of the  Mayan sites  in Mexico I’m not in much of a rush to view more Mayan ruins. But this tour is supposedly all about the trip there, a trip on a riverboat through dense jungle vegetation with the promise of wildlife on view – I’ve been promised, yes promised, crocodiles. Plural. The Lamanai tour is the reason I stopped here in Orange Walk which I deemed as good, or bad, a place as any to make my first port of call in Belize, not to mention Central America. So after a 9 year wait my Central American odyssey starts here, Orange Walk, Belize. Who’d have guessed it.