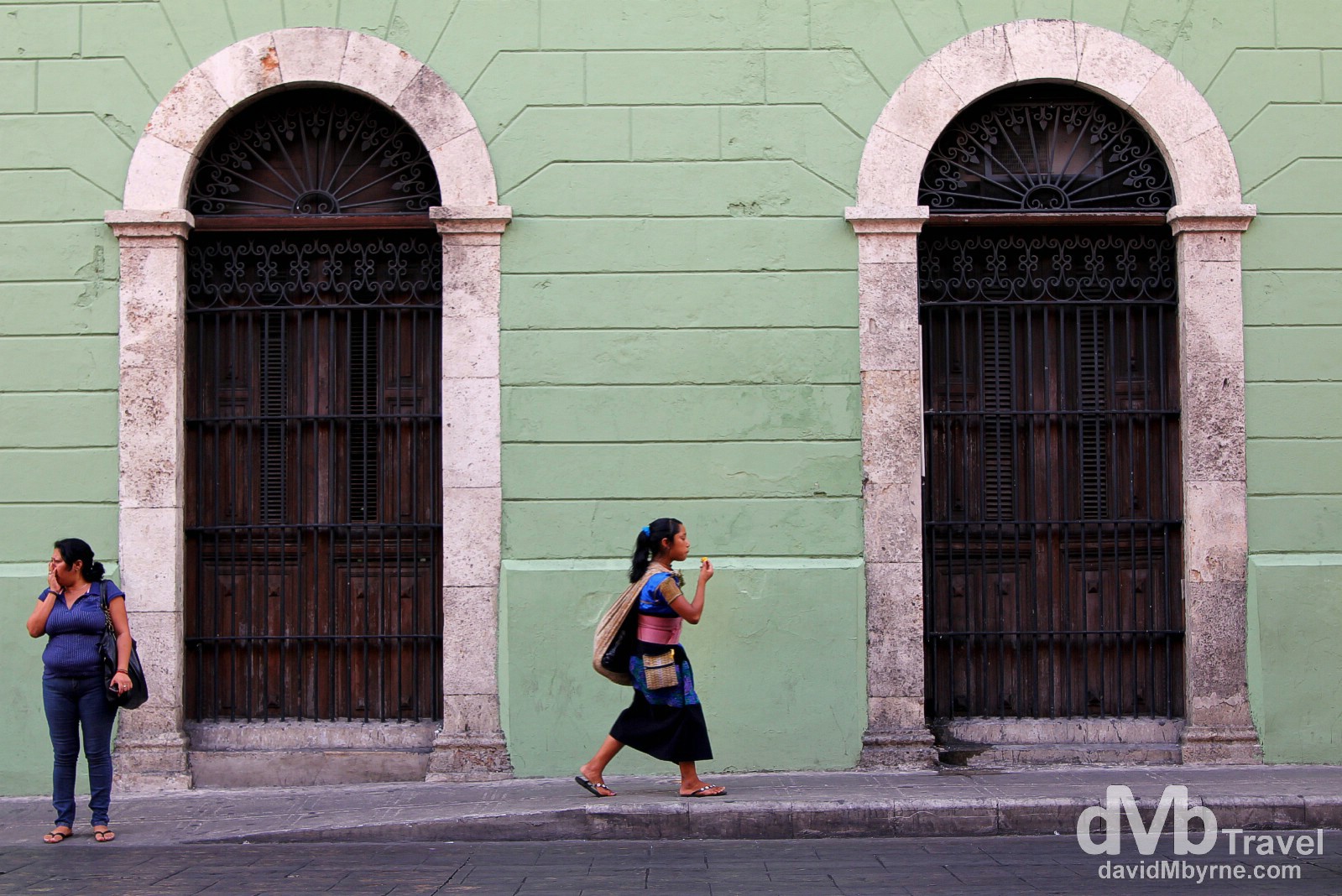 Oh boy. It’s hot here, here being Mérida, the largest city & capital of the steamy Yucatán Peninsula, the Mexican state occupying the northern part of the Yucatan, the Central American peninsula extending into the Gulf of Mexico between the Bay of Campeche and the Caribbean Sea. Arriving here from a much cooler Mexico City, which I did two days ago now, has added tropical heat & Mayan ruins to the colonial architecture mix. I’ll adapt no doubt but right now this Irish boy is struggling. And melting.

Tonight is my third and final night in Mérida, the beating heart of the Yucatan & another beautiful colonial town with the usual Mexican colonial town suspects – a fine array of buildings around its central plaza or square, the Zócalo, itself one of the nicest in Mexico. This is one Mexican city the Spanish didn’t need to rebuild, but only because they founded it in 1540 at the end of a 13 year struggle with the indigenous Mayan tribes who were inhabiting this stiflingly hot & arid part of the world. There’s not much to do here except sweat, walk the charming streets admiring the colonial architecture, & use the city as a base to explore the awesome nearby Mayan ruin at Uxmal, all of which I have done over the past few days. 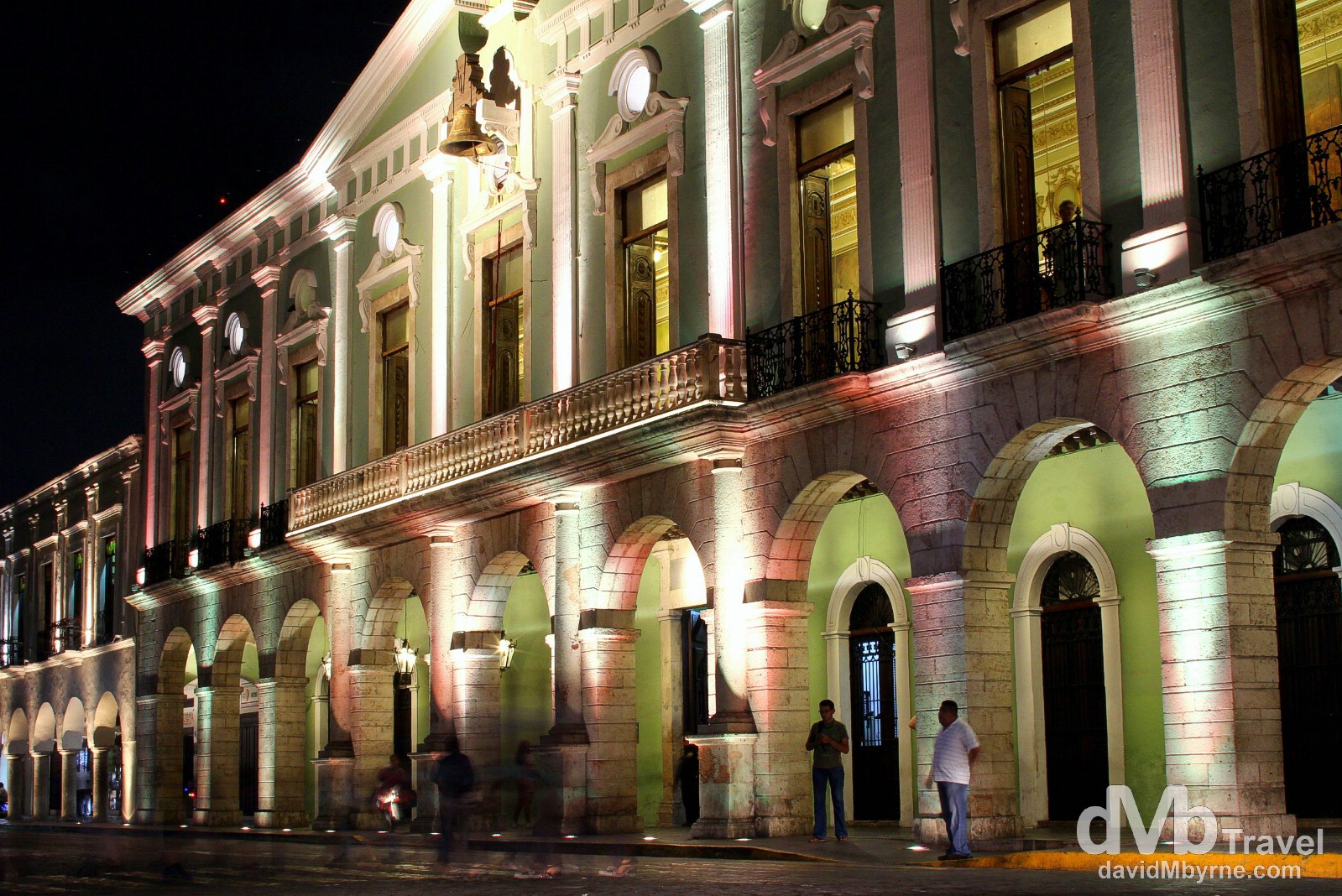 The Palacio de Gobierno is one of many beautiful buildings surrounding the Merida’s Zócalo. It was built in 1892 on the site of the palace of the colonial governors but today houses the state of Yucatan’s executive government offices. From the later 1800s to the 1920s, Mérida enjoyed prosperous boom times fuelled by henequen, a tropical American agave whose thick, sword-shaped leaves yield a coarse reddish fibre that was used in making rope. Prosperity brought with it progression – Mérida had electric trams and street lights before Mexico City & its wealthy inhabitants constructed avenues inspired by those in Europe. The demand for henequen died with the advent of synthetics and Mérida slowed, reverting to a sleepy provincial capital, the sort of place it is today. Mérida (

Mérida is not an ‘undiscovered Mexican gem’ like some of the tourist brochures claim. Simply put, it’s a tourist town, but a tourist town too big to feel like a tourist trap. 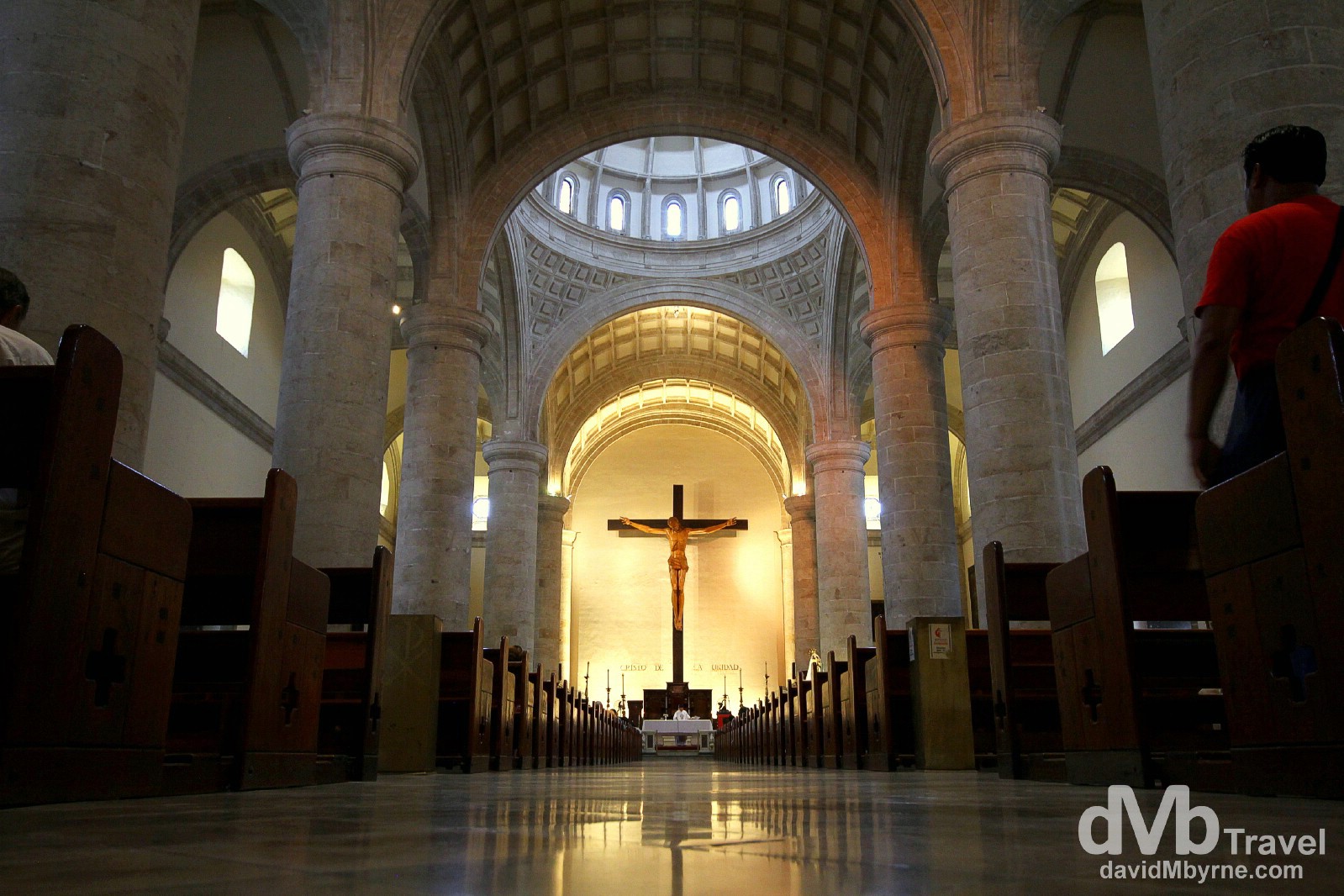 Although not immediately obvious, Mérida is a Mayan town, the first such town I have visited in Mexico. Mayan traditions & dress can be seen on a daily basis on the streets; it’s still a novel sight to me. I captured this picture while sitting in a café eating some quesadillas & sipping on a coke having returned to Merida from traipsing around the Mayan ruins at Uxmal. Calle 60, Mérida, Yucatán, Mexico. May 2nd 2013.

Maybe I just picked a good time to visit but to me Mérida seems like a pretty happening place. On most evenings there seems to something going. The streets around the Zócalo are always busy with locals out for a stroll to see and be seen. Various parks around the city host events, like the one I captured tonight, a Thursday night, in Parque Santa Lucia just around the corner from my hostel.