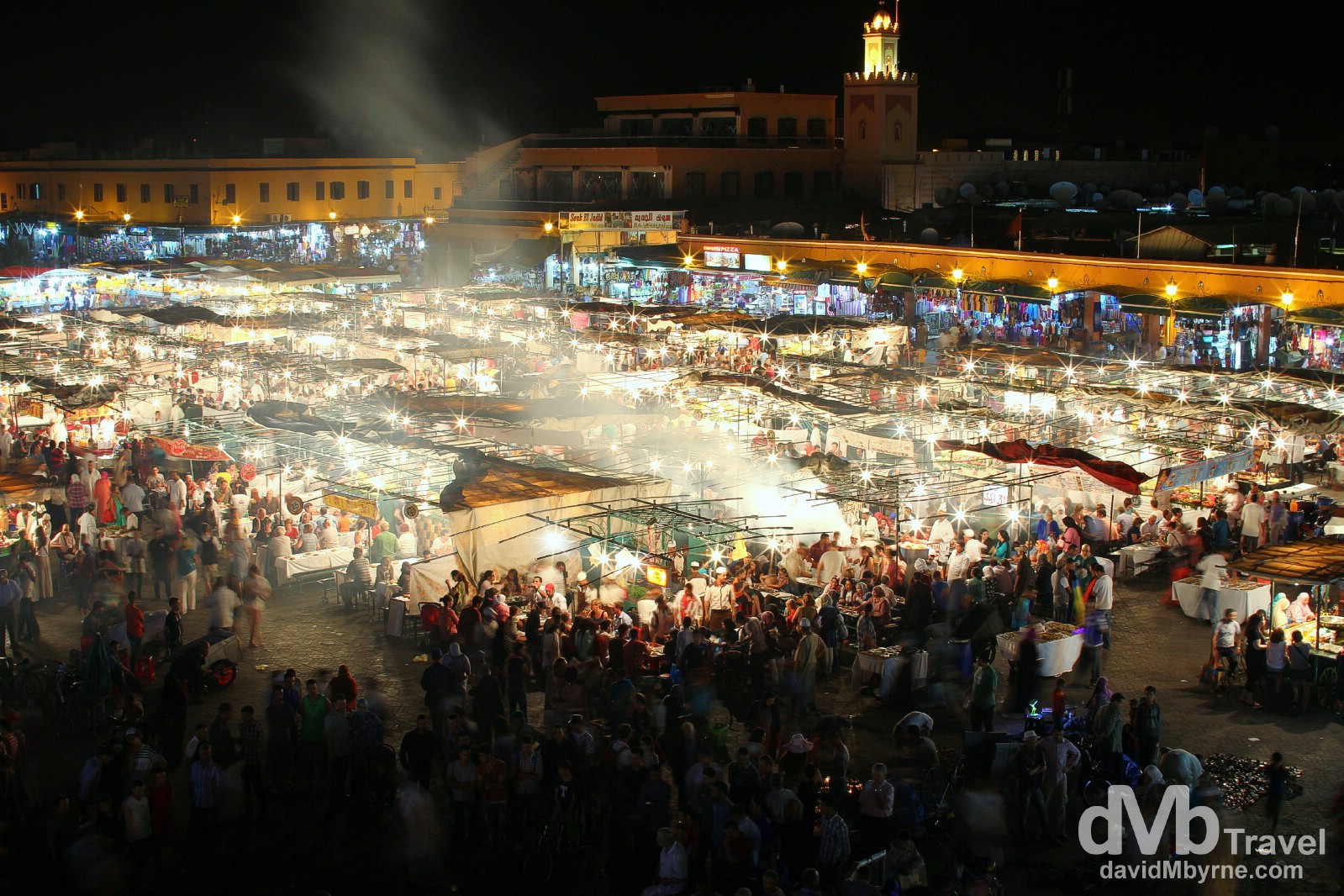 I‘m back in Marrakesh after my trekking exploits in Morocco’s High Atlas Mountains, back in the city for one final night before moving on for good tomorrow. After my initial visit to the city last week, I still had one picture I wanted to capture in Marrakesh – an after dark overview of Marrakesh’s famed UNESCO-listed main square, the Djemma El-Fna. So I hobbled down to the square on my tender legs earlier this evening armed with my 30mm Sigma lens, my go-to night time lens, and paid a visit to the veranda of the Café du Grand Balcon, one of the many cafe/restaurants overlooking the square but the one offering easily the best vantage point in which to take in the bedlam below. And given the fact that it was a Sunday night, the busiest night it seems of the Djemma El-Fna week, bedlam is exactly what it was. It was awesome.

The food stalls, which are erected & deconstructed nightly, in the centre of the Djemma El-Fna, Marrakesh (

The above shot is the shot I wanted to capture, & I was happy with it, even viewing it on the camera’s LCD screen. But then I found myself pointing my lens at other areas of the square which, given the activity below, was almost impossible not to do. 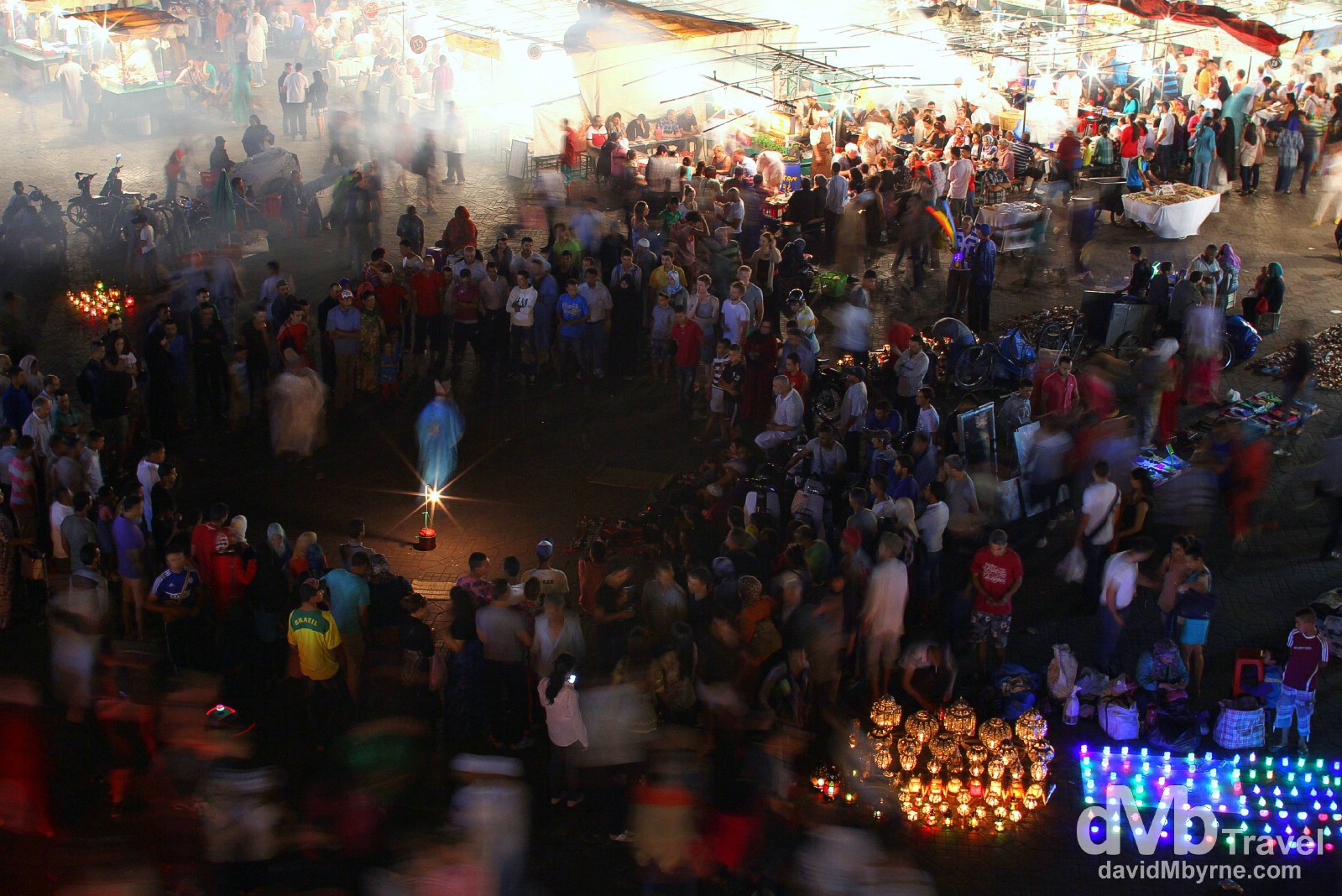 A performer with a captive audience in the Djemma El-Fna, Marrakesh, Morocco. May 11th, 2014

A square… really no more than an open space in the centre of the city, but the stage for a long-established ritual in which shifting circles of onlookers gather round groups of acrobats, drummers, pipe musicians, dancers, storytellers, comedians and fairground acts. However many times you return there, it remains compelling. 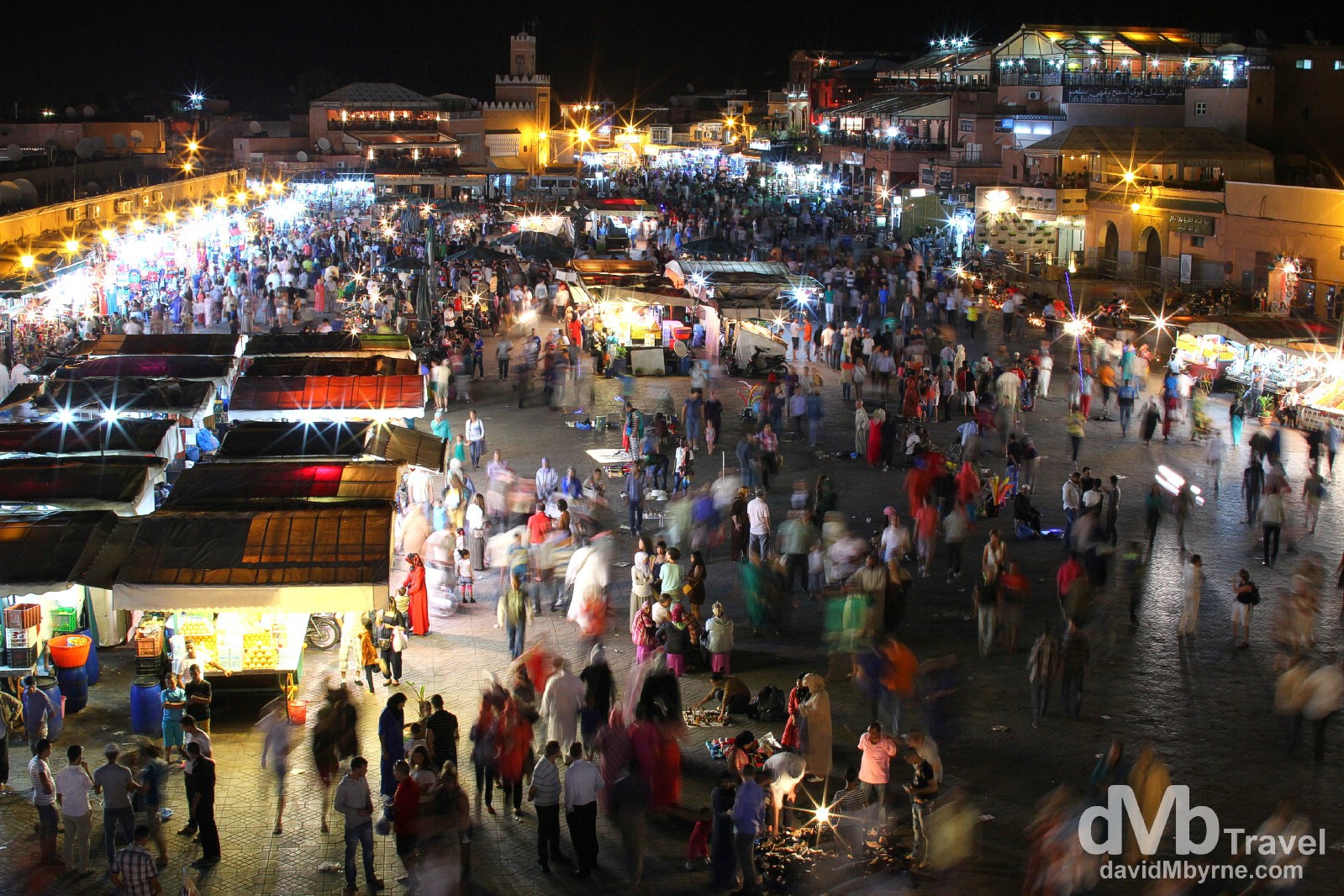 A section of the Djemma El-Fna in Marrakesh, Morocco, as seen from the veranda of the Café du Grand Balcon. May 11th, 2014 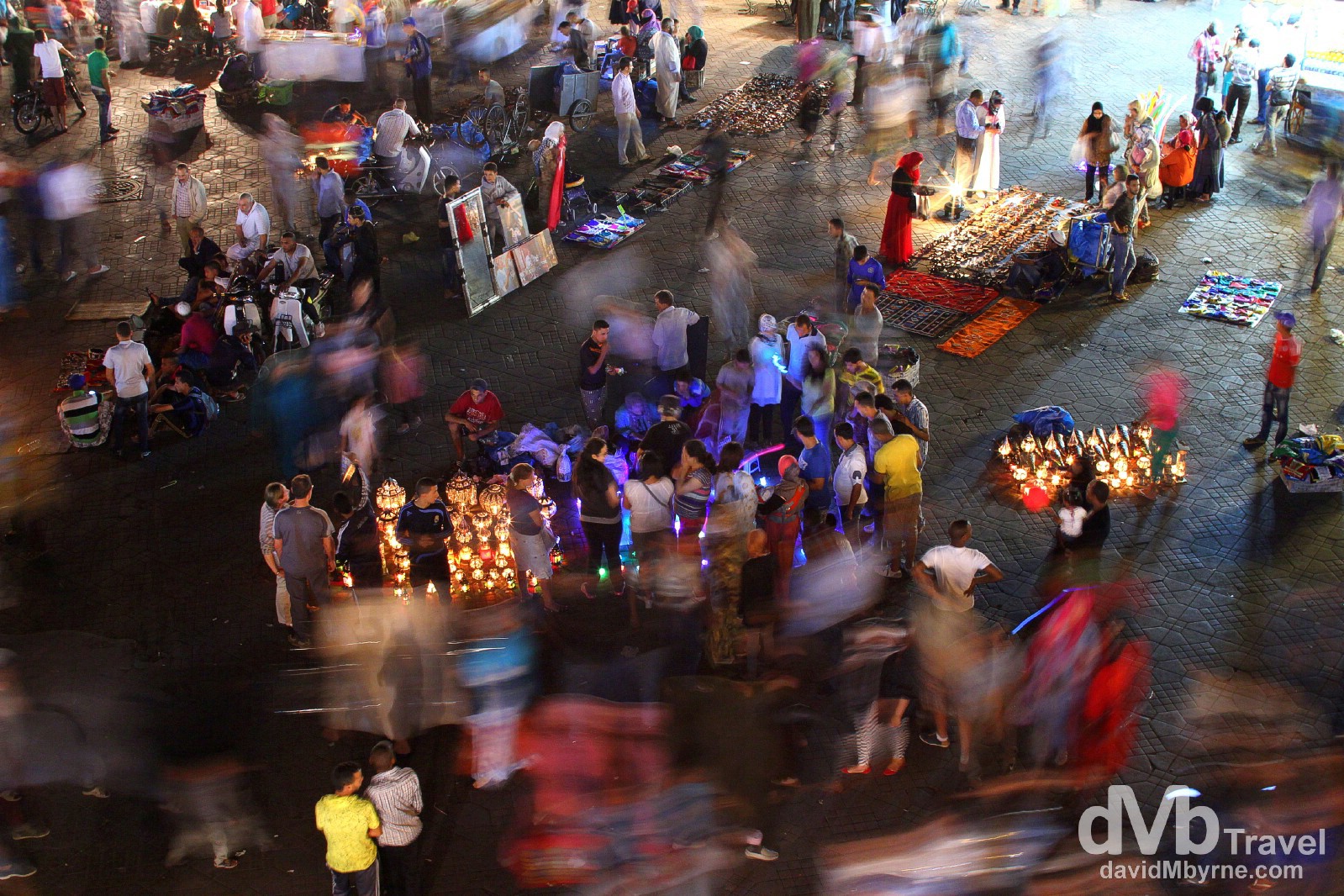 Selling lanterns & whatnot in the the Djemma El-Fna in Marrakesh, Morocco, as seen from the veranda of the Café du Grand Balcon. May 11th, 2014