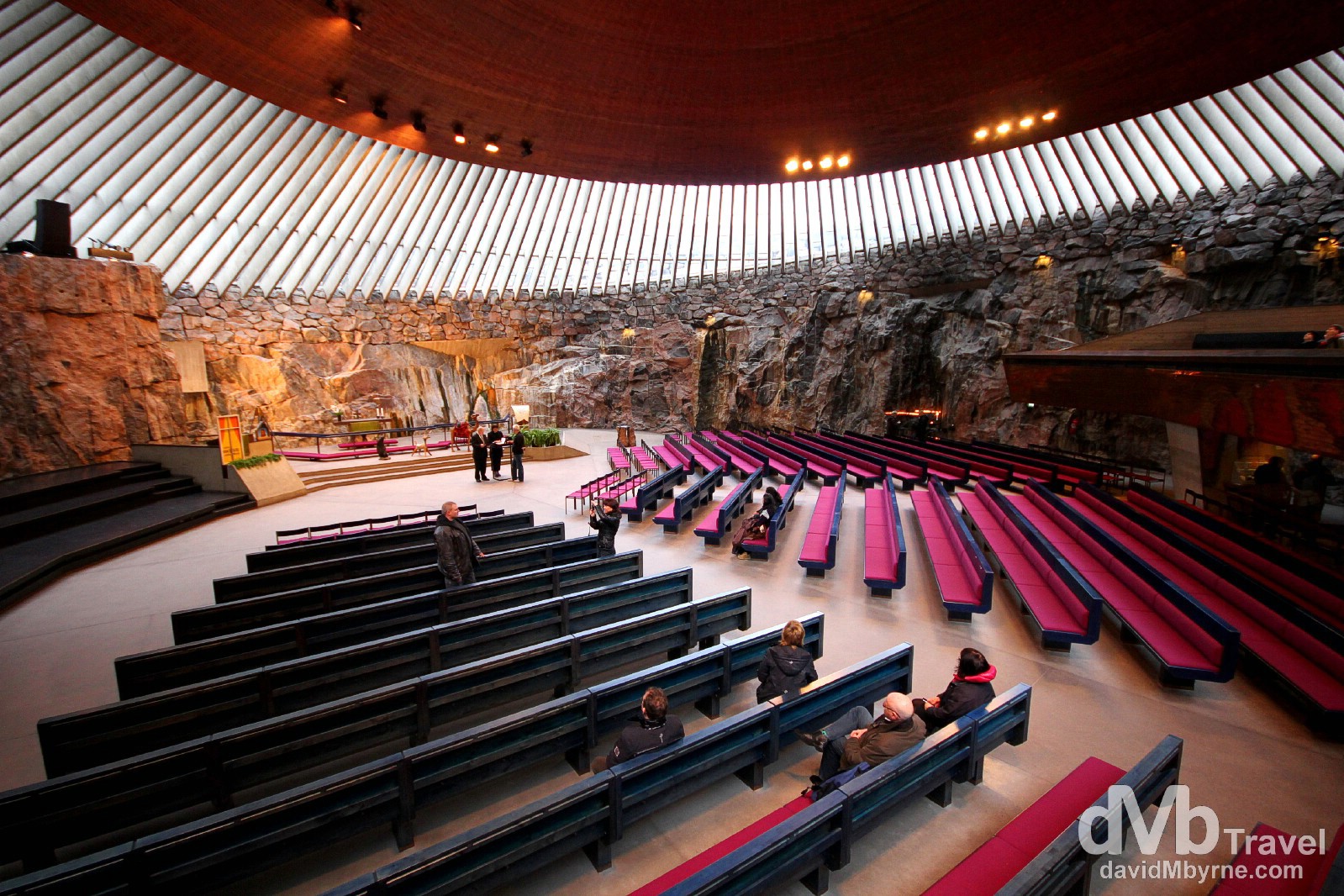 Not to rip on the place but grab a coffee or vodka-swigging Finn off the streets of Helsinki, Finland (if you can find one), and if he or she is being honest they’d have to admit that there’s not a whole lot to see or do in their comatosed capital city. Make no mistake, it’s a lovely city. There’s just not a whole lot going on. 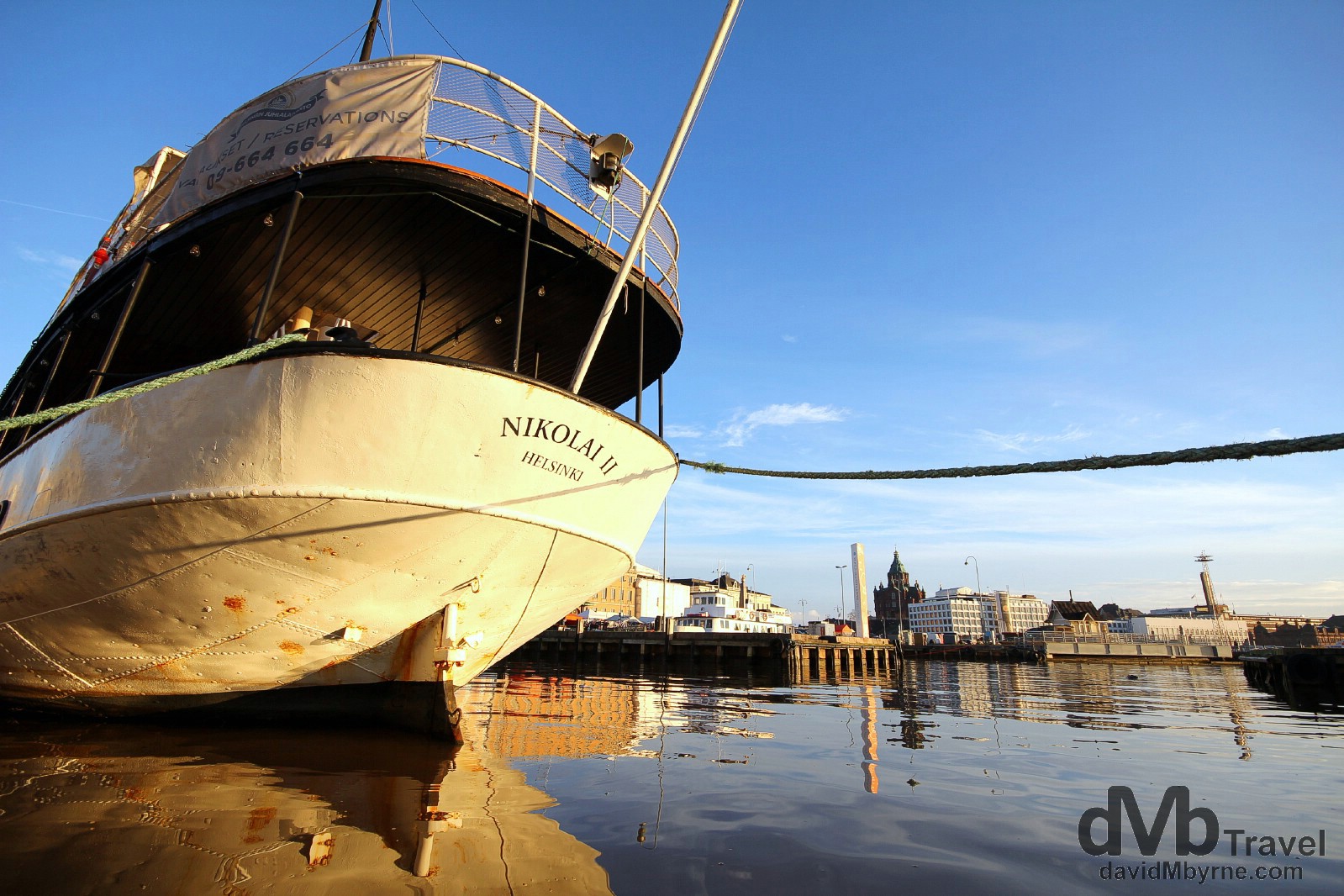 A café boat moored in Eteldsatama beside the morning Kauppatori (Fish Market) in Helsinki. I guess I had to leave Russia & come to Helsinki, a water city, to get blue skies, albeit only for a few hours. The sun didn’t rear its glorious head until just after 9 a.m. yesterday morning, not long after I had arrived in the city off the ferry from Saint Petersburg, Russia. It – the sun – stuck around for a few hours before clouds rolled in and it hasn’t reappeared since. Helsinki (

Helsinki may be – & is – a beautiful, quiet, clean, safe, café-culture city with some lovely buildings, but there are few, if any, stand-out city sights; the city’s charms lie in just walking the streets & taking it all in. And after you’ve spent an hour or two (at most) looking at the waterside Fish Market, Senate Square, Railway Square, Temppeliaukio Church (a.k.a. The Rock Church), &, at a push, Parliament House then you’ll probably be wondering what to do. Finns drink more coffee per capita than any other nation in the world so I guess you could join them sipping expensive lattes in the countless city cafés – I’m assuming that’s where they all are because they certainly are not on the streets of Helsinki, a city that has to be one of the quietest in Europe, especially for a capital – or you could pay a visit to any number of museums; pick your poison and there’s probably a museum here to appease you. I did yesterday, choosing to pay a visit to the Finnish Photography Museum. 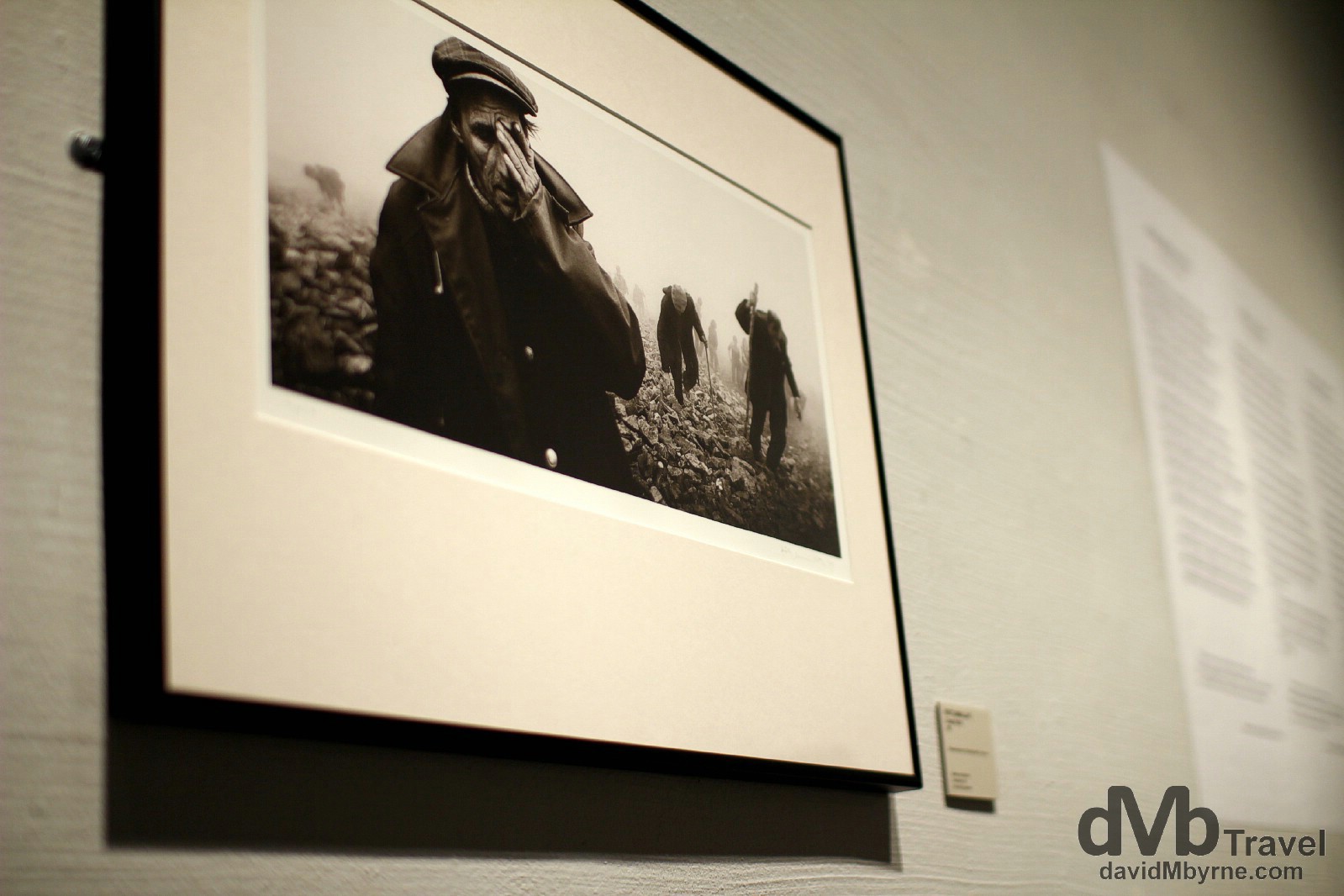 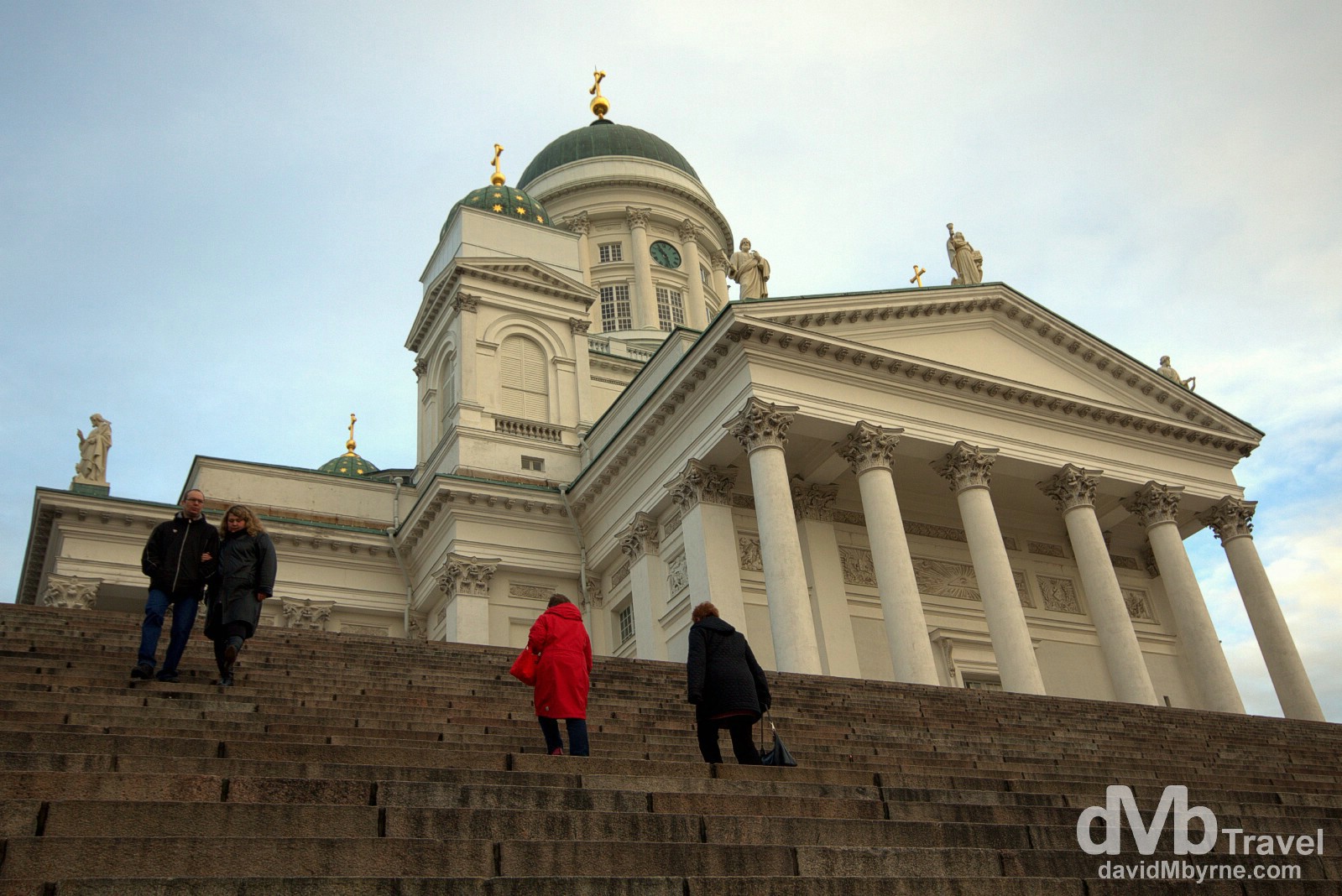 People on the steps to Helsinki Cathedral in Senaatintori (Senate Square). This is the city’s blue-ribboned tourist attraction. The large, white Evangelical Lutheran cathedral is the seat of the Diocese of Helsinki. It was built as a tribute to the Grand Duke, Nicholas I, the Tsar of Russia and until Finnish independence from Russia in 1917 it was called St. Nicholas’ Church. I sat in here for an hour or so listening to a ceremony that meant nothing to me or I knew nothing about. Helsinki will do that to you. Helsinki, Finland. November 24th 2012 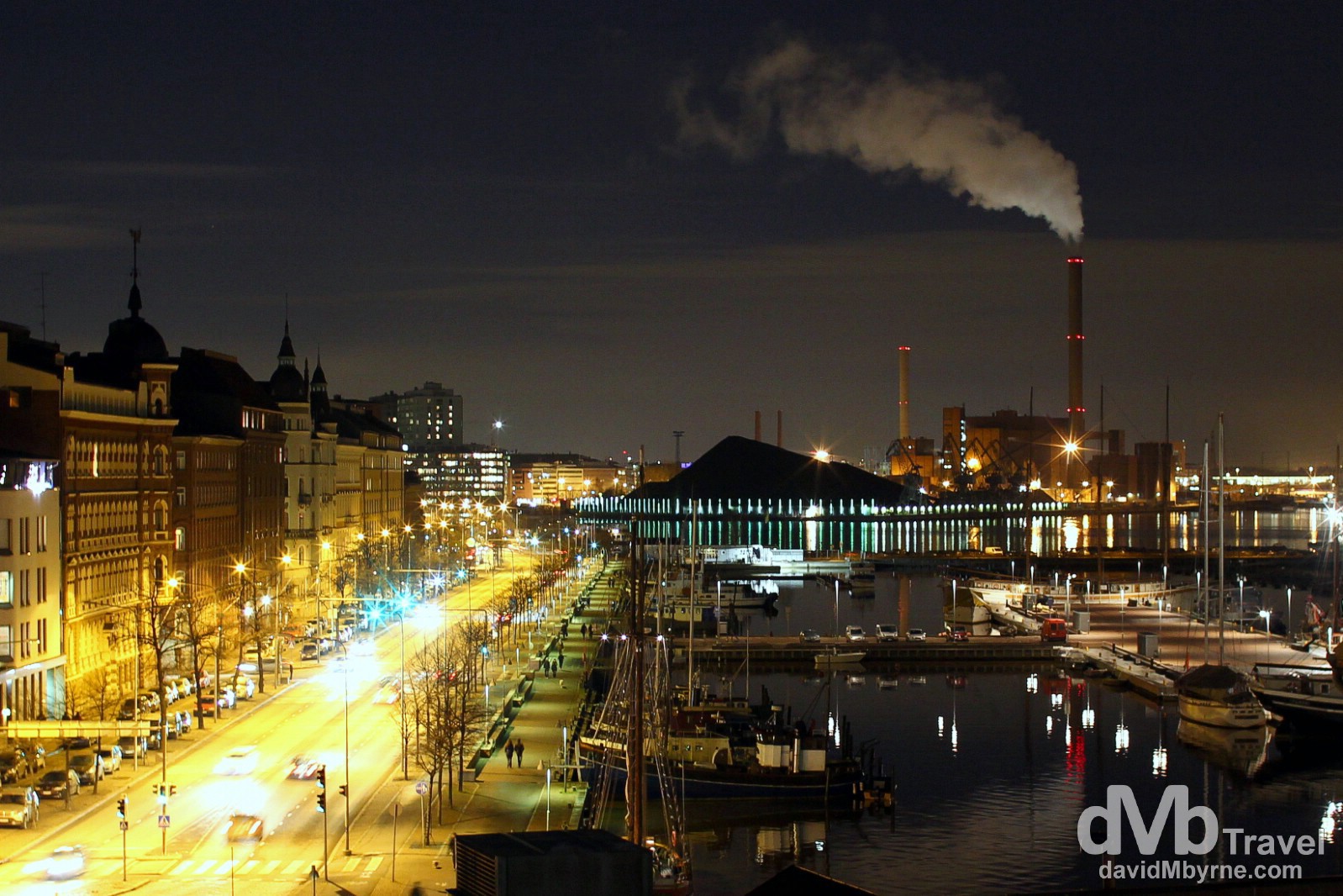 A night time view along Pohjoisranta (street) towards eastern Helsinki from the grounds of the Finnish Orthodox Uspenski Cathedral. Helsinki, Finland. November 24th 2012.

The interior of Temppeliaukio Church. Know as the Rock Church, it was blasted out of solid bedrock in a bid to preserve the rock formation surrounding it. The result is a uniquely special, airy space with an unpretentious glory & rawness, amazing acoustics, & with room for 940 people. Surrounding the church is an outer wall of quarried stone, piled and bound together with steel bindings. This not only deflects the outside noise but also prevents people from walking on the rock above, which is easy as the roof of the church is on street level. Seen here to the top of the image is a copper dome with 180 skylights. It is joined to the rock by reinforced concrete beams, creating the cover. All the working methods of the structure are deliberately visible – such as water running down the cracks of the rock on the wall behind the altar. Oh, and for good measure there is an air-raid shelter underneath the church that can accommodate 6,000 people. A bit random but there you go. Temppeliaukio Church, Helsinki, Finland. November 24th 2012. 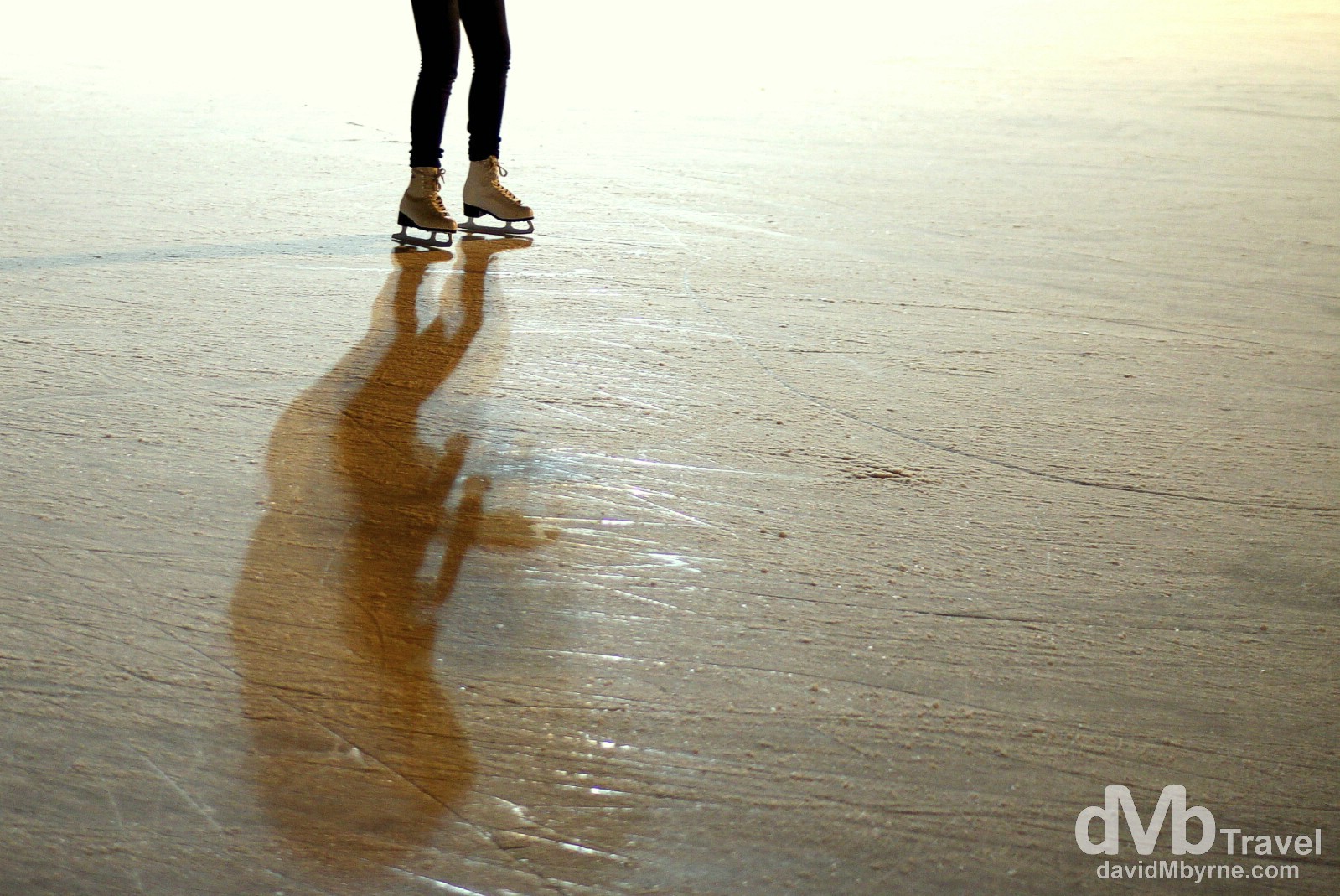 Sweden Bound
It has been a nice day & a bit in the city, my second visit to Helsinki having first been here back in early 2006. Back then I took a ferry across the Gulf of Finland to Tallinn, Estonia. Tonight I’ll also be departing Helsinki via ferry, but this time I’ll be en route to Stockholm, Sweden. I’ve always wanted to go to Sweden so I’m excited to get there.