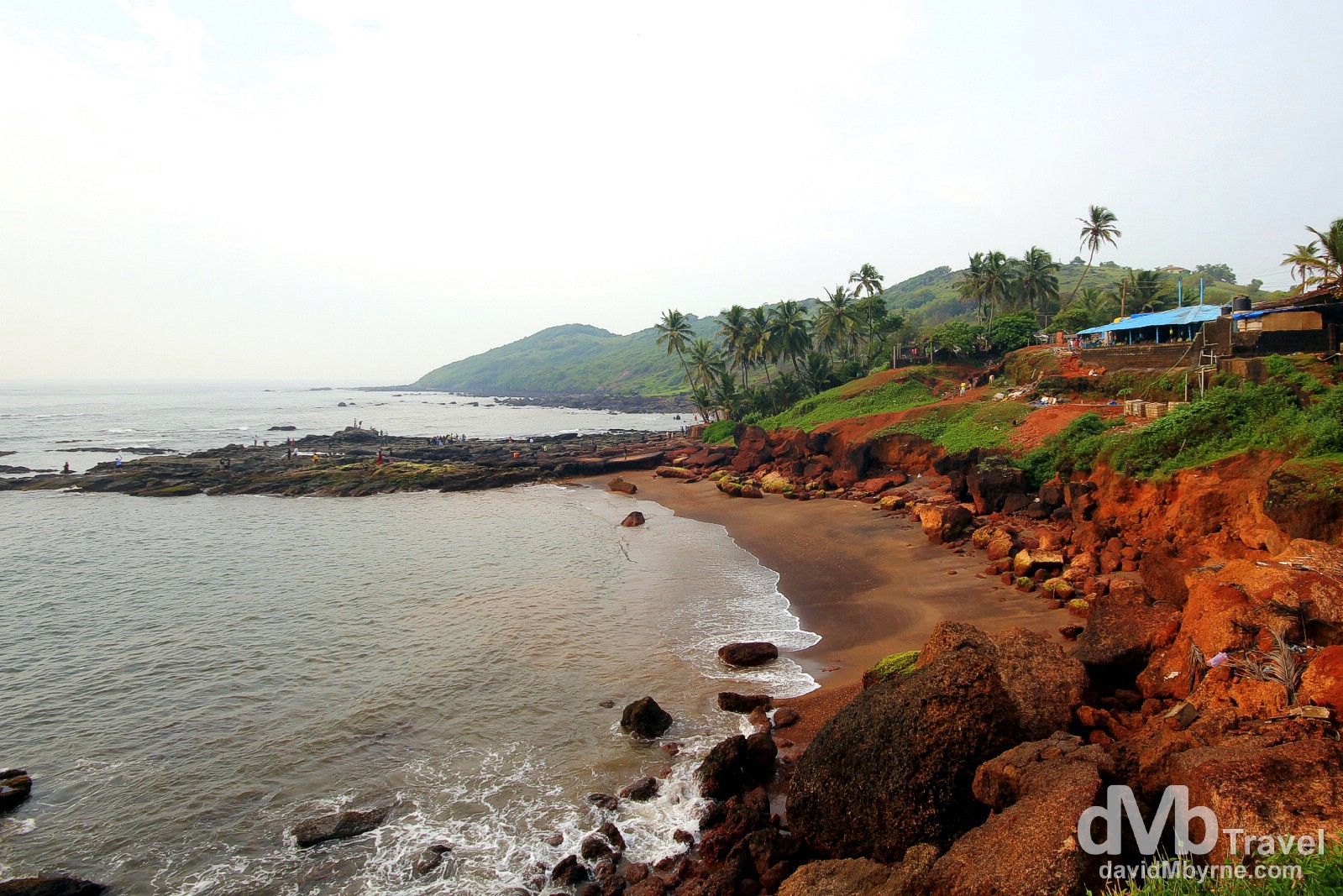 For three evenings in a row I was holding out hope, forlorn hope as it turned out, for a good sunset to photograph. I did see what a sunset on Anjuna Beach here in Goa, India, was capable of. That was three days ago, when I first arrived here off the train from Hospet. I was traipsing around the palm tree-lined lanes behind the beach looking for a bed, something that took longer than planned; the Goan Arabian Sea coast is just waking up from the monsoon off-season so a lot of places are still closed, or not working as I’ve heard many times these past few days. As I looked/traipsed the sun was setting spectacularly. ‘I’ll be here for 3 more sunsets,’ I acknowledged, letting, as it turned out, the best Goan sunset I’d be around for fade away unharassed by my camera. A rookie mistake, but a mistake nonetheless.

A section of coastline at Anjuna (

For the last few days I’ve been back to sitting by the Arabian Sea in Goa, India, drinking Kingfisher beers, the only place in India I seem to savour the King of Good Times, the Kingfisher Beer motto. Again, & just like on any beach, there’s not much to do here. Life is unrushed & even the vendors who man the hordes of hippy clothing, Goan trance CD/DVD & knock-off t-shirt stalls seem to harass just a little less than they could – although maybe that’ll change when the season gets going in earnest in a few weeks’ time. I’ve taken a look around; I visited the Goan capital of Panjim to look at history & at the legacy of the Portuguese here in Goa; I’ve had a few beach walks; &, as already mentioned, I’ve sat by the Arabian Sea drinking beers & waiting for a sunset that never really came. And that’s it. 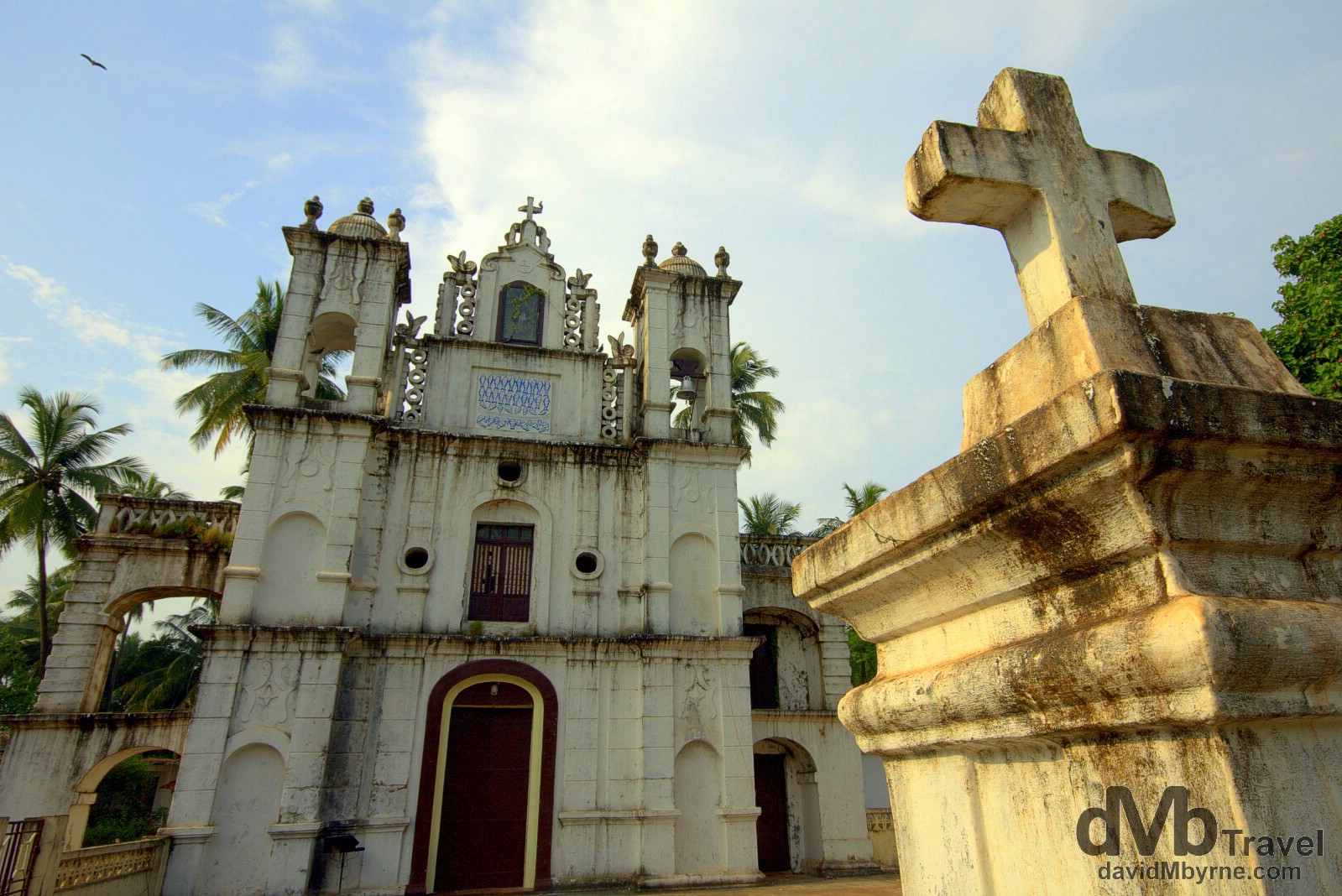 And so my latest stretch of beach time has come to an end, a mere 12 days after I supposedly bid it – the beach – adieu for 2012. Later tonight I’ll embark on a (advertised) 29-hour train trip north to a place called Kota in the state of Rajasthan. I’ll be boarding the train at 2:30 a.m. (I can think of much better ways to be spending a Saturday night/Sunday morning than to be boarding an Indian train) and all going to plan I’ll get off the train at 6:00 a.m. on Monday – a new, fresh week & a new, fresh location. Getting north on this visit to India has taken me almost 3 weeks, way longer than planned. There’s still plenty here in India I want to see & with so many countries & so much land to cover between now and my mid-December return home to Ireland, I best look to get out of India sometime soon. But I’m not going to worry about that right now, although I suspect when I’m on that train tomorrow, leaving India might just be right there in the forefront of my mind. 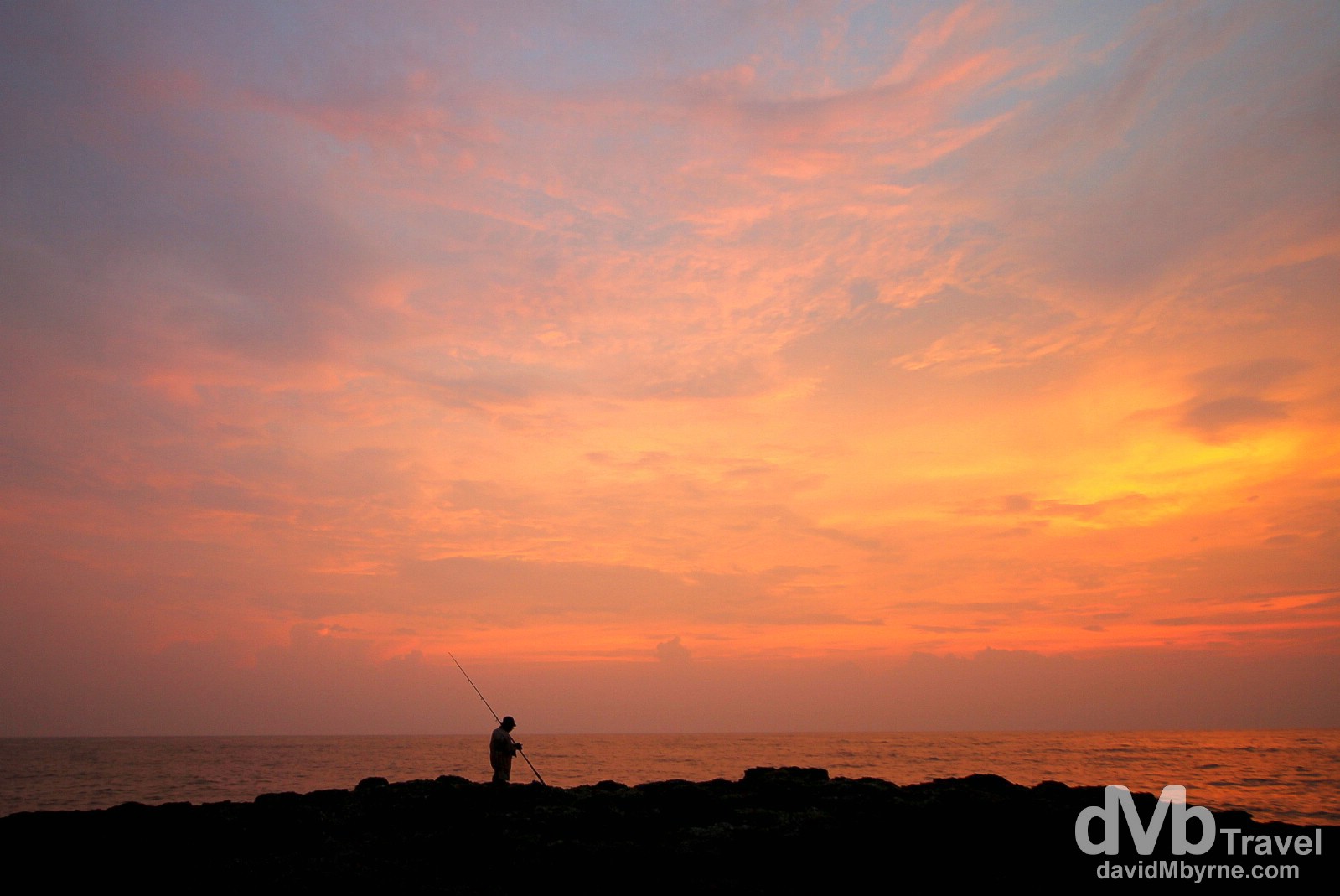 Fishing at sunset. OK, & my moaning at the outset aside, tonight’s sunset spectacle wasn’t a total bust. It was sufficient for me to photograph a fisherman silhouetted against the pleasing sunset glow. Anjuna, Goa, India. September 29th 2012