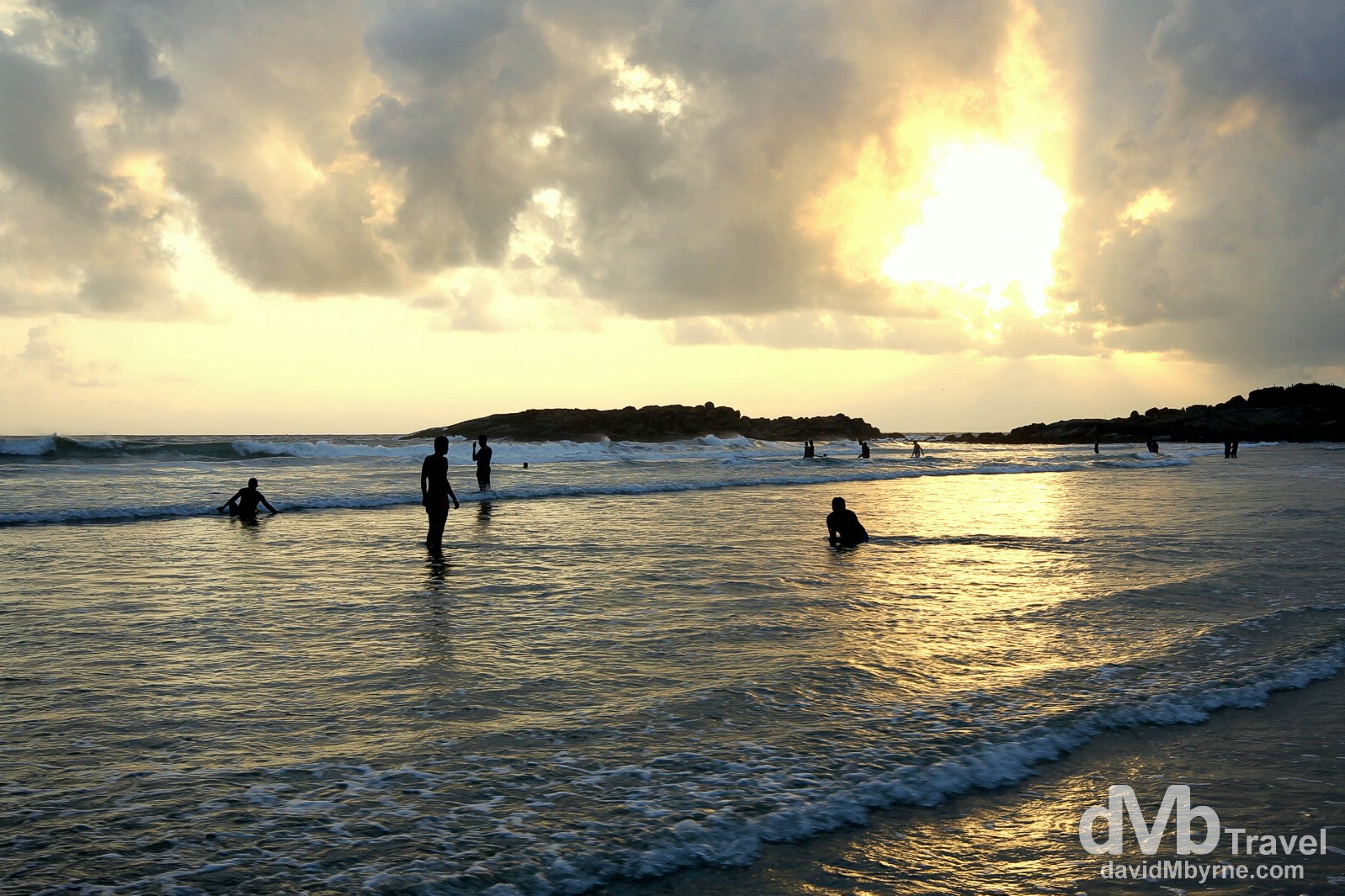 I’m just about beached out & I’ve had it too with listening to Arabian Sea waves crashing on the rocks below my room balcony. Don’t hate me; after a while it does get tiring. Forget what I said about it being therapeutic upon arrival some days ago now. It’s not. It’s monotonous. Monks are good at dealing with monotony. I’m not.

Standing here watching grown Indian men frolic in the water like kids was very entertaining. In the midst of that I also managed to capture my last Kovalam picture, that of an approaching sunset over Lighthouse Beach, Kovalam (

Tonight will be my fifth night here in Kovalam in the southwestern Indian state of Kerala, one of India’s most well-known – & thus overdeveloped – beach locations. In hindsight my plan initially to stay three nights was a good one; it’s the perfect amount of time to kick back & enjoy Kovalam without tiring of its laid-back, there’s-nothing-to-do-here days. Personal ailments coupled with a your-timing-couldn’t-be-much-worse 12-hour transport strike has pushed three nights out to five & finally tomorrow, September 16, 2012, I’ll head north to Kollam. It’s only 90 minutes away so it’s not like I’m going very far. But I’m going and that’s all that matters.