I estimate I’m over half way there. Half way to the beach in Goa that is. It’s 11:00 a.m. on September 26, 2012, and I’m sitting/lying in the top berth of my sleeper train compartment. I’ve been confined to this hot & sweaty train carriage since 6:45 a.m. meaning the train was only 15 minutes late which some, me included, might class as early for an Indian train. I’m not too sure what class of carriage I’m in but I know what class of carriage I’m not in – the comfortable air-con one (but that’s OK lest I sound like a moaning, privileged foreigner). There are many, many inquisitive, colourful, tired-looking Indians in here with me and before I retired to the sanctuary of my upper berth I shared the communal lower berth with a veritable who’s who of the lower rungs of Indian society. 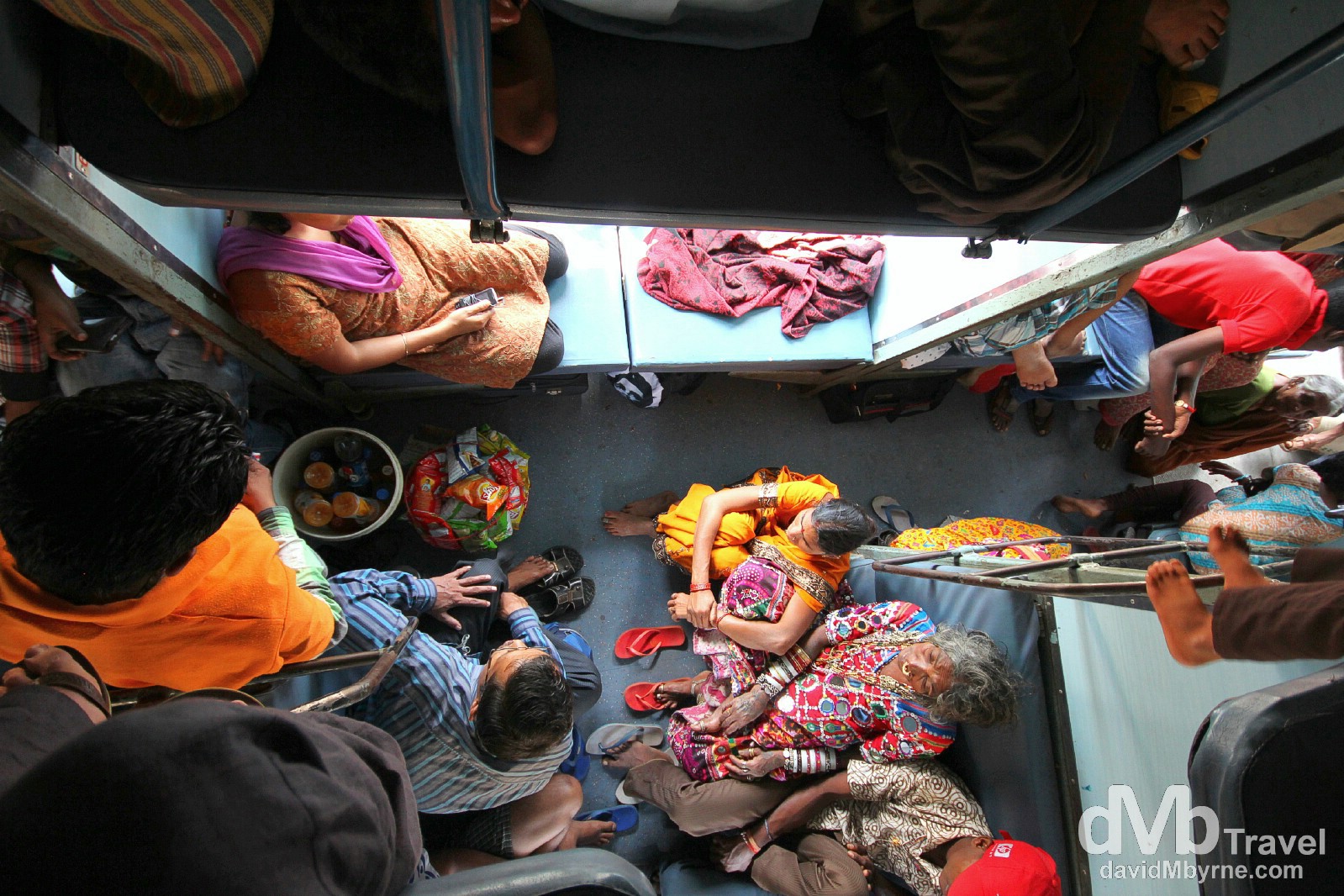 The company I keep in the open-plan compartment of the train carriage seems to change like a changing of the guard each & every time we roll into another station (which is quite often). It makes the trip even more interesting than it already is. I’m a subject of intense curiosity & my every move is scrutinised by those around me, never more so than when I rummage in my bag for something – all eyes are on me to see what I produce. I’ve been keeping myself to myself so I haven’t drummed up any conversations with any Indians thus far. However, I have been, & when searching in vain for a bin, gestured at to discard my samosa wrapper out the glassless, barred window of the moving train, just like the Indians themselves do instinctively & without even so much as a hint of guilt. Seemingly India itself is the bin. 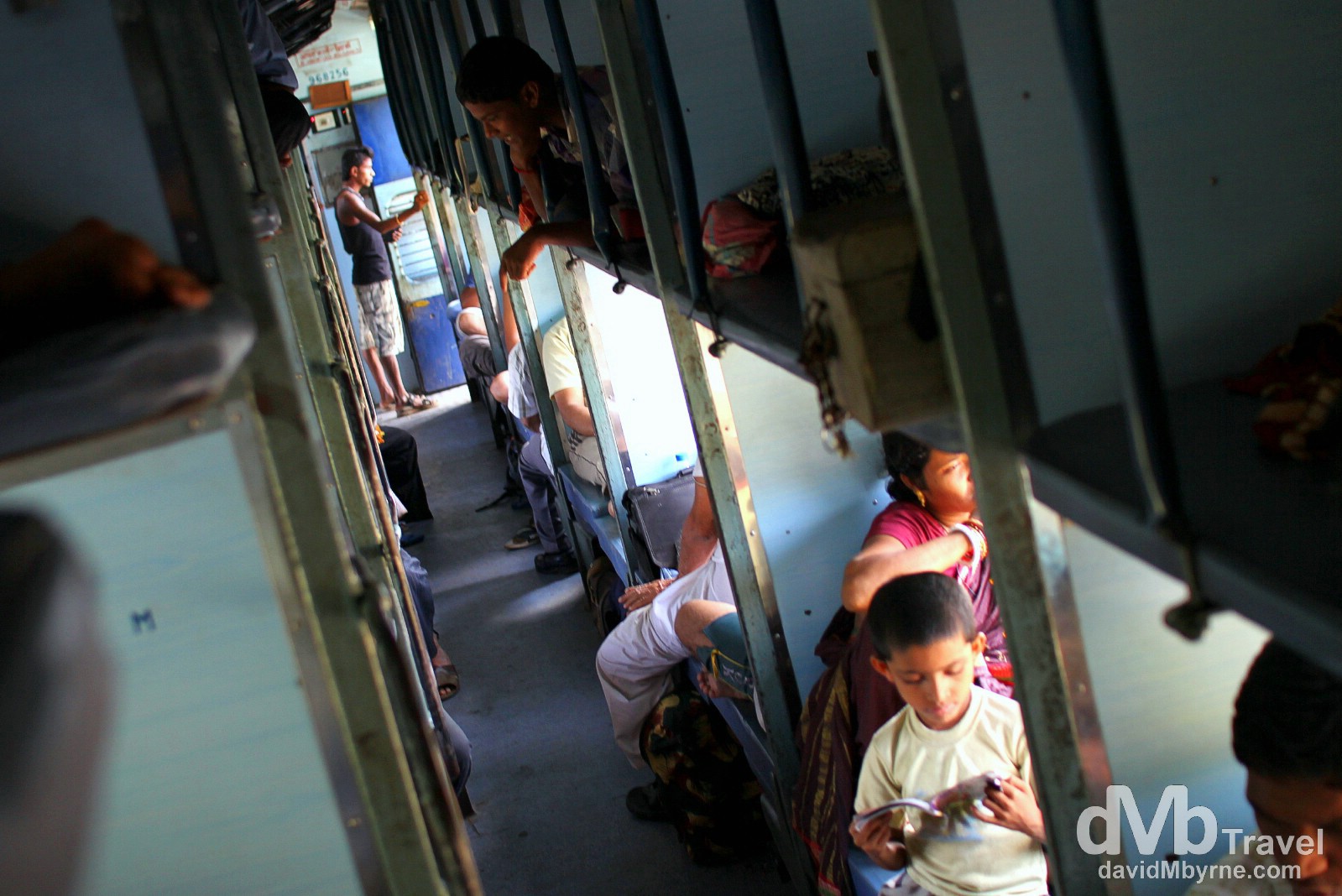 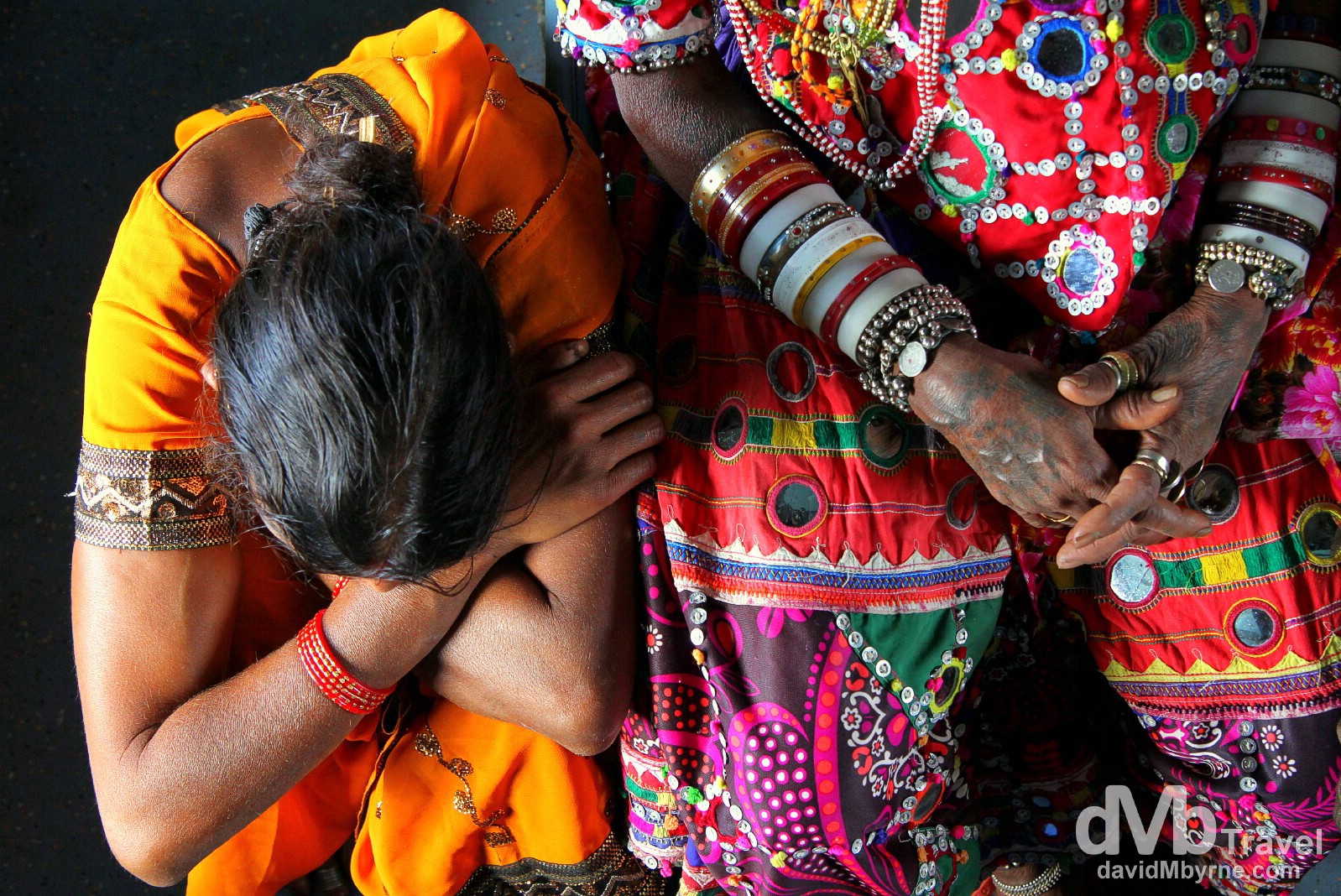 Having a top berth in the train carriage afforded me a nice vantage point from which to (discreetly) photograph my environment. The two ladies in this picture were right below me. I was able to rest my camera between my knees and photograph at leisure (although I wasn’t totally inconspicuous). The colourful stationary subjects coupled with the favourable lighting from the train window (left of frame) had me excited. On the Hospet to Goa train, Karnataka, India. September 26th 2012.

Travelling across India by rail is likely to yield some of the most memorable moments of your trip. 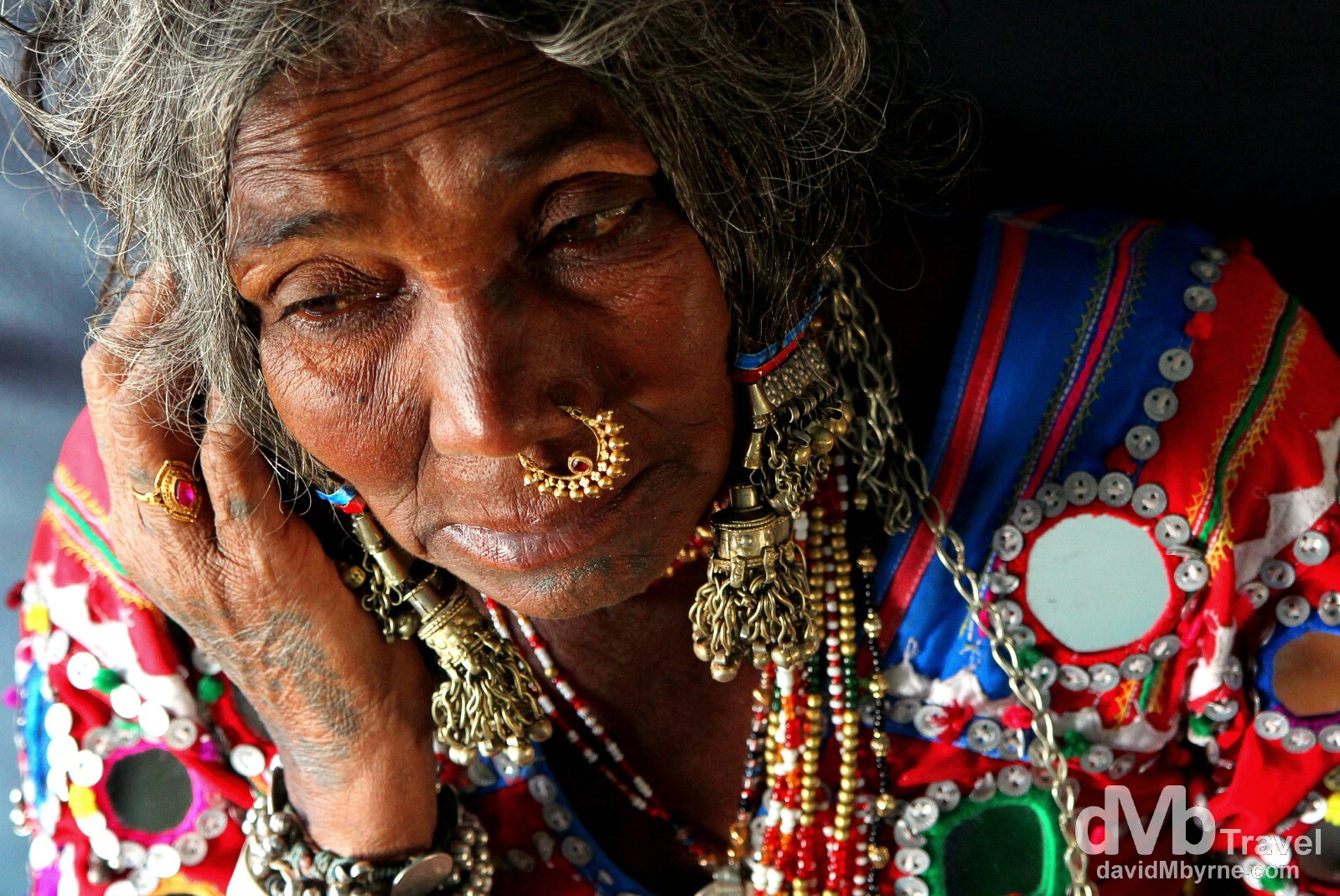 Having bussed it the whole way thus far, this is my first train ride on this, my third trip to India, & my first time back on an Indian train since March of 2008. I’ve missed it – taking the train is one of the joys of the Indian travel & in a country so damn big it’s an integral part of a visit to the country for most travellers. It – riding the rails in India – is sometimes sweaty, sometimes attritional, but always interesting, always colourful, always 100% India. I’ll be on another Indian train in three days’ time. That journey will be in the same class as this one – the non-air-con sleeper class. Plus, it’ll be a whopping 29 hours, meaning it’ll be 4 times as long as this trip. And I’m betting four times as enjoyable, too.