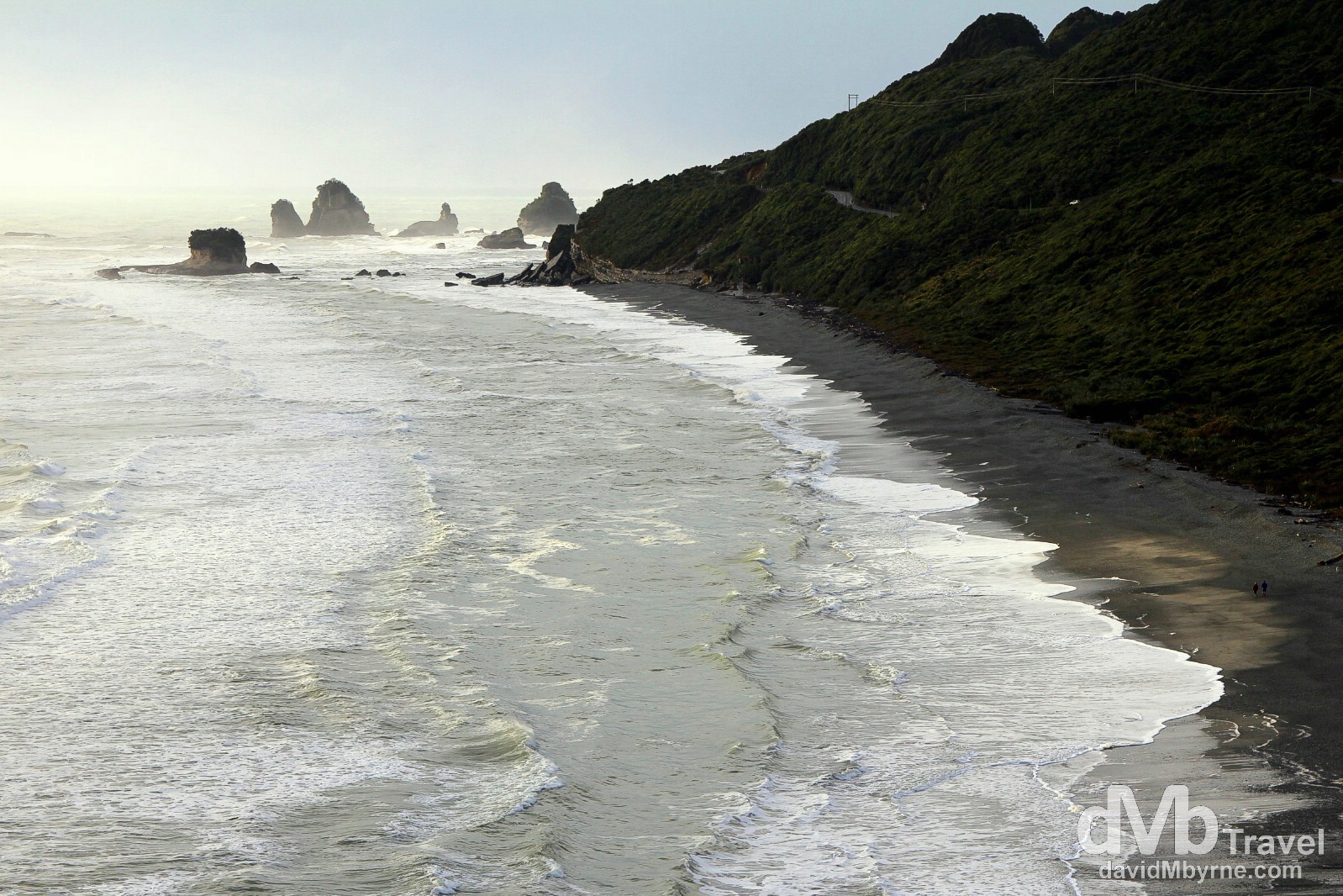 The West Coast of New Zealand’s South Island is one of the more remote and most sparsely populated areas of the whole country – it’s not Northland remote but it’s remote nonetheless. This part of New Zealand is synonymous with beauty, rugged beauty; wild coastlines, snow-capped mountains & glaciers are its forte. It also gets its fair share of rain, rain I’ve had to deal with for the first half of this past week, my first week back on the South Island having crossed over the Cook Strait from the North Island. But it’s hard for mere rain to dull the sheer beauty of this part of the country; it just makes photographing it a little more of a challenge.

Late afternoon sunlight off shore of a beach on the West Coast of New Zealand’s South Island. This picture shows the rugged West Coast scenery at its best. I captured it just north of Greymouth, the largest town on the West Coast and my base for a night as I travel down the coast in Wilma, my trusty camper van. It was captured late in the afternoon (4:30 p.m.) having driven through rain most of the day. I was hoping for a break in the rain & a lifting of the low-lying mist & clouds for only a minute or two to let me get a shot of this typical West Coast scenery. Thankfully I got it. While it may not be plainly obvious in this picture, the setting sun illuminating the clouds offshore (top-left of frame) created some beautiful, albeit overpowering lighting that added a real special feel to the scene. Also, notice the people walking on the beach (bottom-right), adding a sense of scale. On the West Coast of the South Island of New Zealand. May 17th 2012 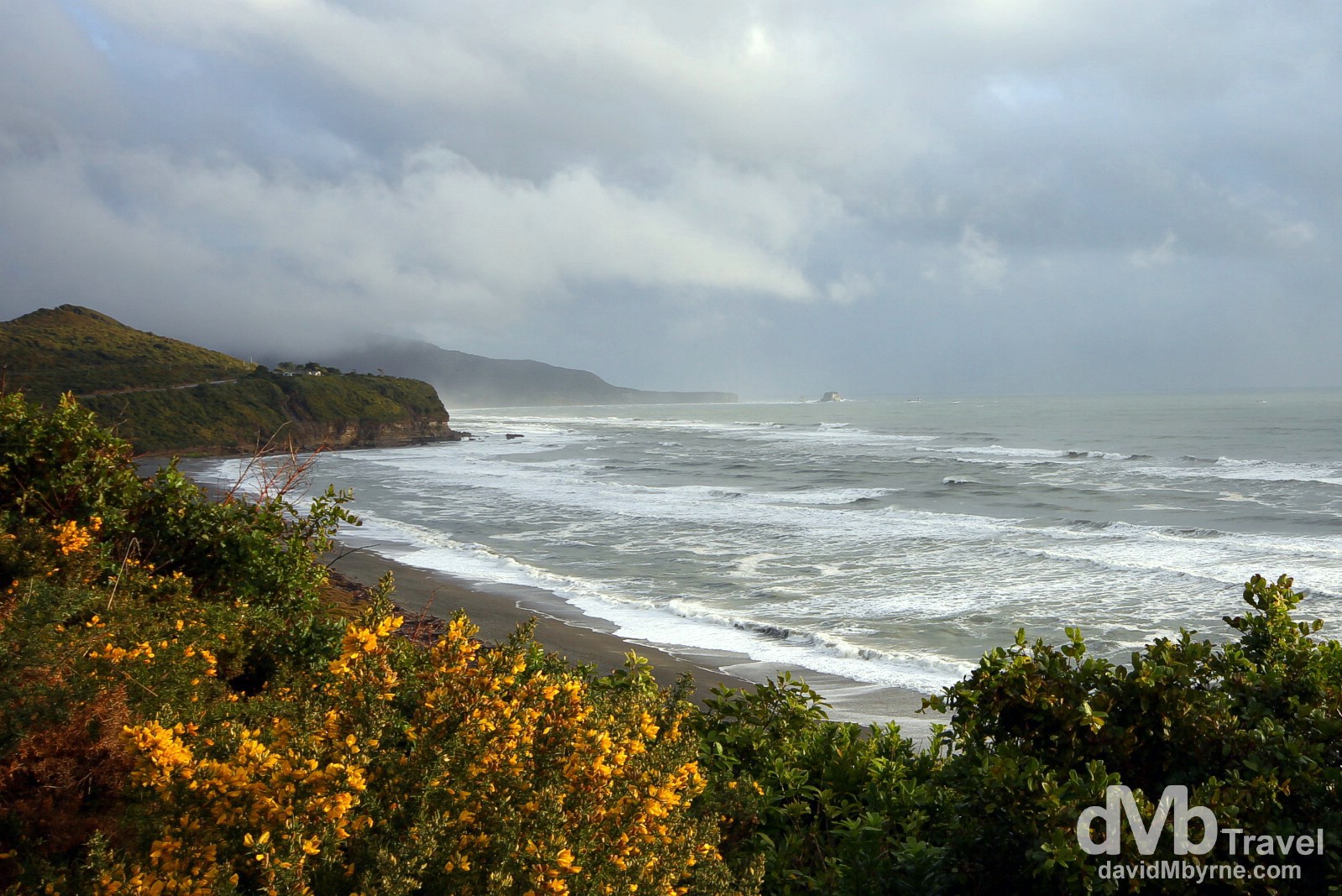 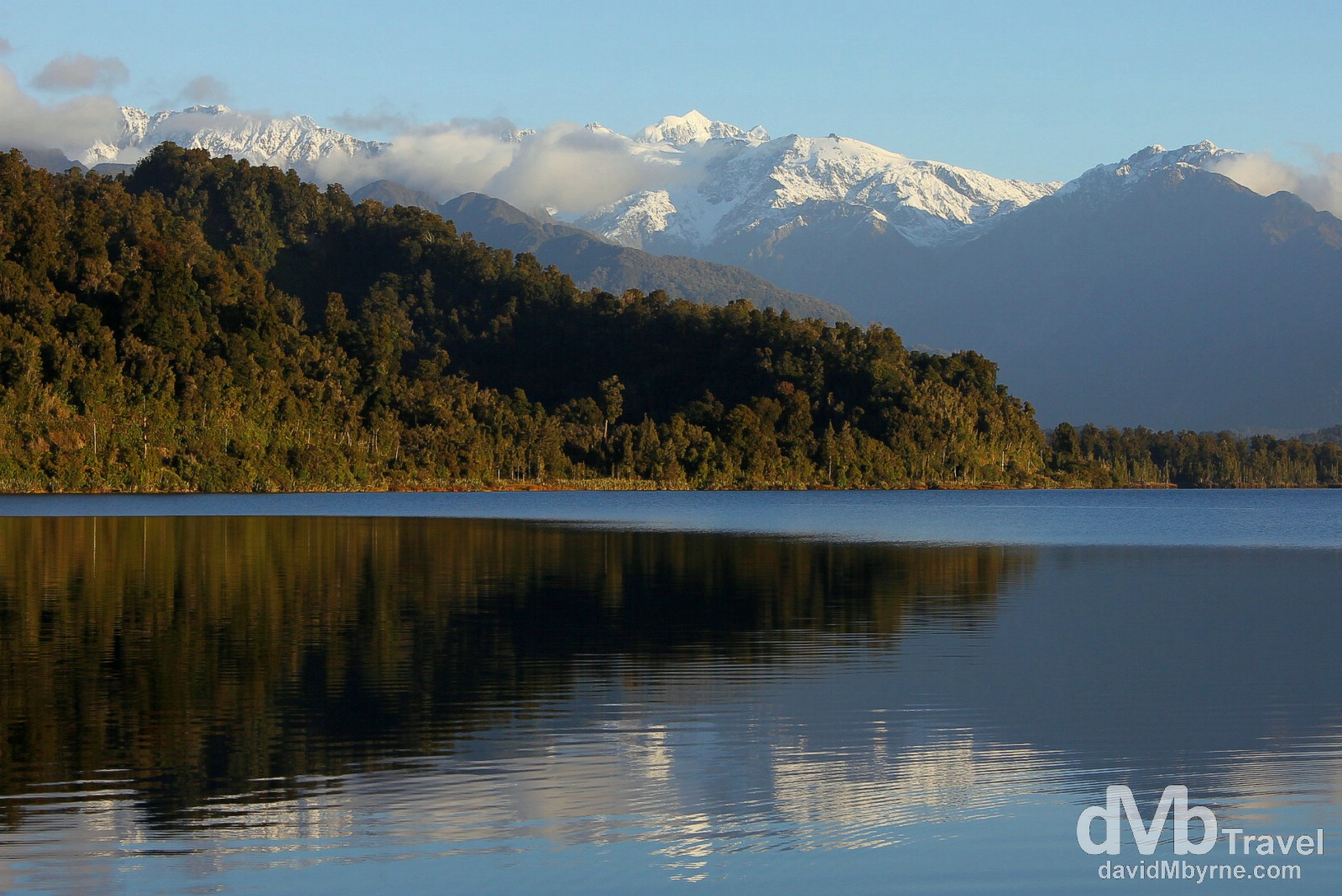 ). Today marked my first sighting of the Southern Alps, the mountain range that extends along much of the length of New Zealand’s South Island, & such is their presence in this region that I expect to be seeing them for much of the rest of my time on the South Island. I captured this picture by the shores of Lake Mapourika, 15 kilometres north of Franz Joesph Glacier. I’m overnighting here in the DoC (Department of Conservation) campsite adjacent to the lake. The dying light this evening on the shores of the lake, with its calmness mirroring the surrounding scenery, was very beautiful. And no rain. Lake Mapourika, South Island, New Zealand. May 18th 2012