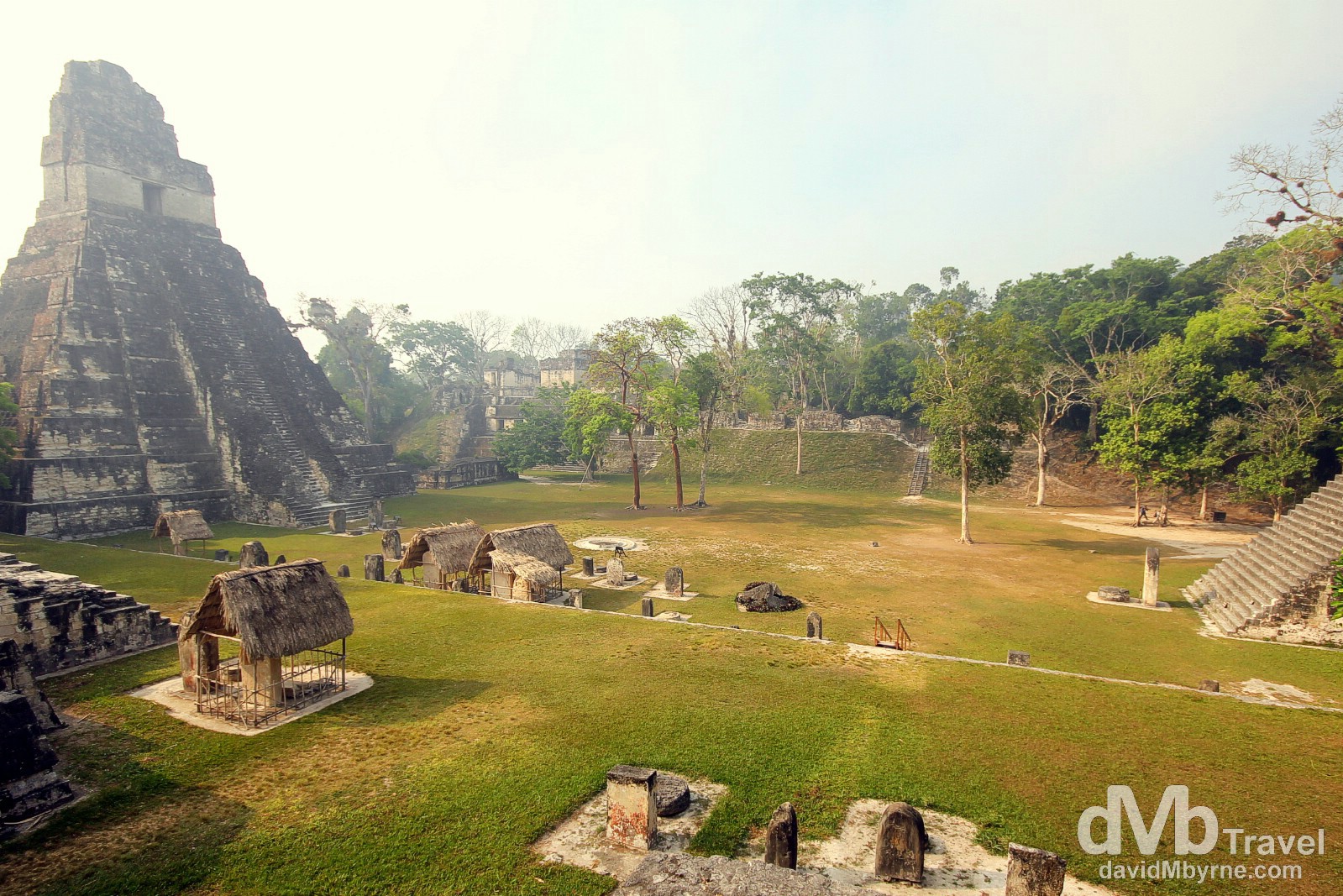 Tikal is Guatemala’s blue-ribboned Mayan ruins, somewhere I’ve just returned from (I could have done without the stupid o’clock / 4 a.m. start this morning). This is the sixth set Mayan ruins I’ve visited in three different countries since visiting my first in Uxmal, Mexico, a little over two weeks ago now. Yes, more millennia-old towering pyramids of rock. It’s a well-known Mayan ruin formula at this stage but Tikal’s location deep in the dense jungle was the undoubted show-stopper for me, as it is for most.

The Gran Plaza is the centre of the 16 km² Mayan city of Tikal, an area that houses some 4000 structures. This was a Mayan site as far back as 700 AD & it, like most other Mayan sites in the Mayan region of Mesoamerica (Yucatan in Mexico, Belize, Guatemala & northern Honduras), was abandoned after approximately 900 AD when the Mayan culture mysteriously collapsed. Enveloped by the jungle, it wasn’t until 1848 that the Guatemala government sent an expedition to the site. Scientific exploration & restoration started soon after but even today a lot of the structures are still buried or partially buried under jungle growth. The Gran Plaza, Tikal Mayan ruins, Tikal National Park (

Video || Tikal
The scene & early morning sounds of howler monkeys, parrots & toucans emanating from the surrounding jungle as heard from the Acropolis del Norte overlooking the Gran Palza, from where the above picture was taken (although the picture was taken some time after the video when most of the early morning mist had cleared). I was pleasantly surprised at how empty the Gran Plaza was. Yes, it was early (7:30 a.m.) but I still didn’t expect the site to be as eerily absent of fellow travellers as it was. 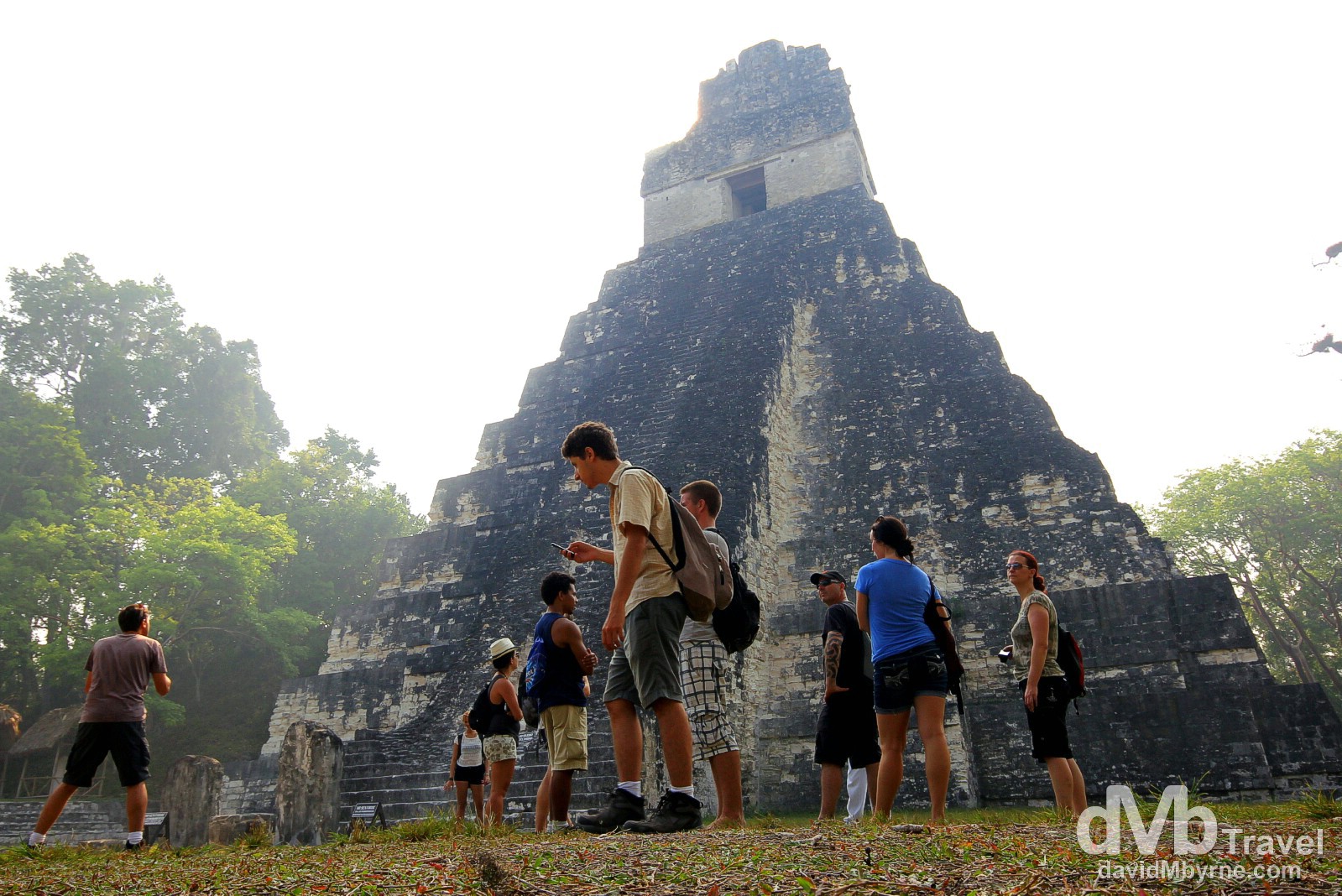 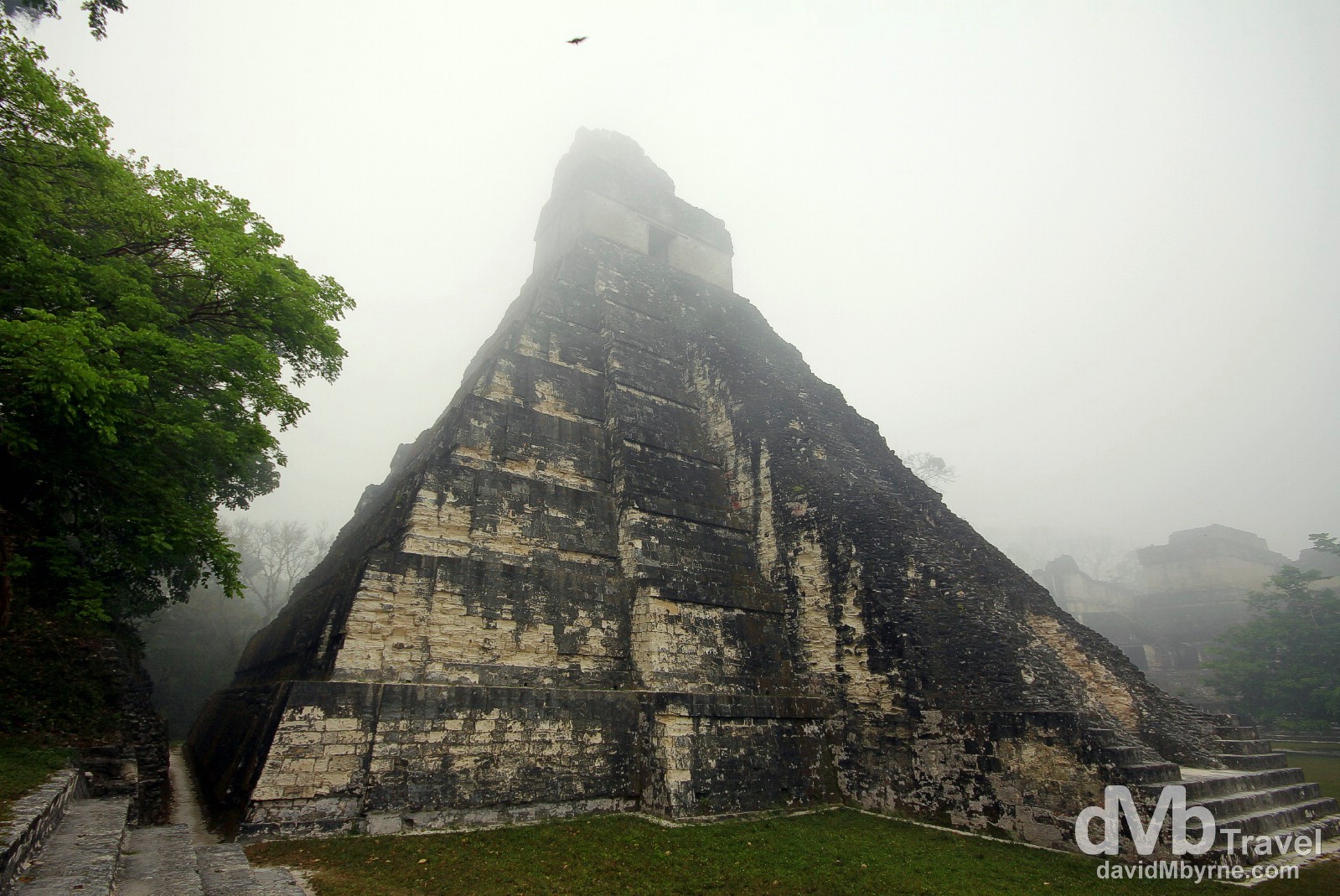 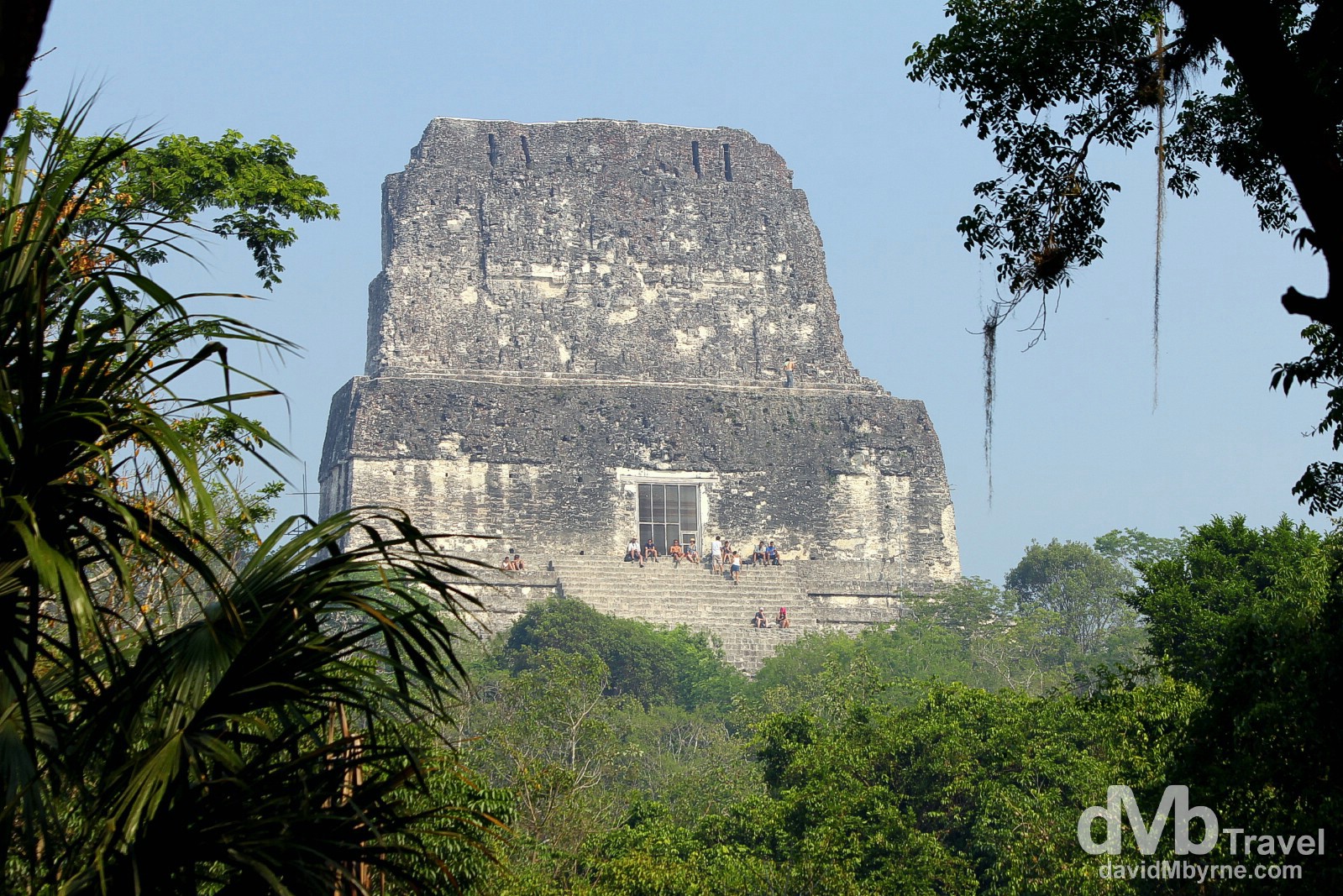 The majority of Tikal’s temples are off-limits to climbers. But not all. This is a picture showing people near the summit of Temple IV. I captured it en route to join them from the Gran Plaza while peering through a break in the dense Tikal jungle cover. And when I got there all the people seen here were nowhere to be seen – the temple steps were empty. Tikal Mayan ruins, Tikal National Park, northern Guatemala. May 17th 2013.