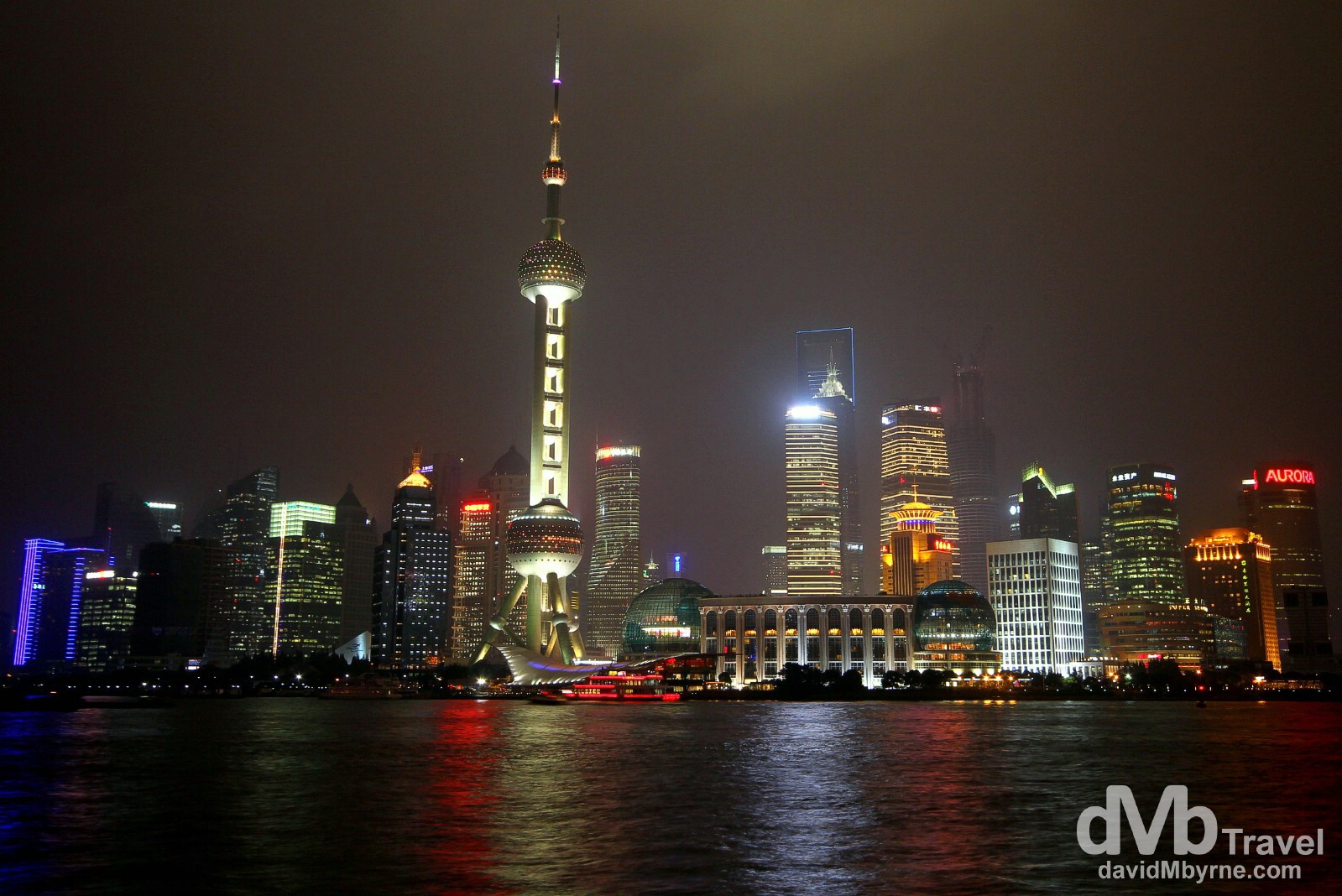 It might surprise a few to know that Shanghai is actually the largest city in China. It might also be fair to say that not a lot of people know a lot about the city – it’s one of those under-the-radar destinations, one that travellers don’t seem to give much credence to. I spent a few days here as part of my recent dash from Hong Kong to Beijing. The days were dull, overcast & generally wet affairs. Conditions were difficult & viability poor at all times of day & night. But, & the inclement weather aside, I still enjoyed this, my second visit to the city, but first since 2004.

The new Pudong skyline on a dreary October night. Shanghai’s most famous, most iconic sight is the 1994 Oriental Pearl TV Tower in the New Pudong district across the Huangpu River from the classic, colonial Bund. As recently as 1990 the whole Pudong area was boggy agricultural land. It was then that the government, & in a bid to kick-start Shanghai’s development, decided to grant the area Special Economic Zone status, the catalyst for its present prosperity. Twenty-two years later & construction is still going on unabated. When I was last here in 2004 I blogged about a particular skyscraper, the twin-towered Shanghai International Finance Centre, which was then under construction and which upon completion was due to be the world’s tallest building. Eight years on and the building is now complete (I took a stroll around the plush stores of its lower reaches) although these days it’s no longer the tallest building in Shanghai, let alone the world. Shanghai (

Shanghai would have passed for a sleepy fishing town as recently as 1842. It was then the British opened their first trading concession, realising the value of its position as the gateway to the Yangtze River. Others soon followed (the French, the Japanese) looking for their cut of the spoils & by the 1930s the city was the largest commercial centre in the Far East. 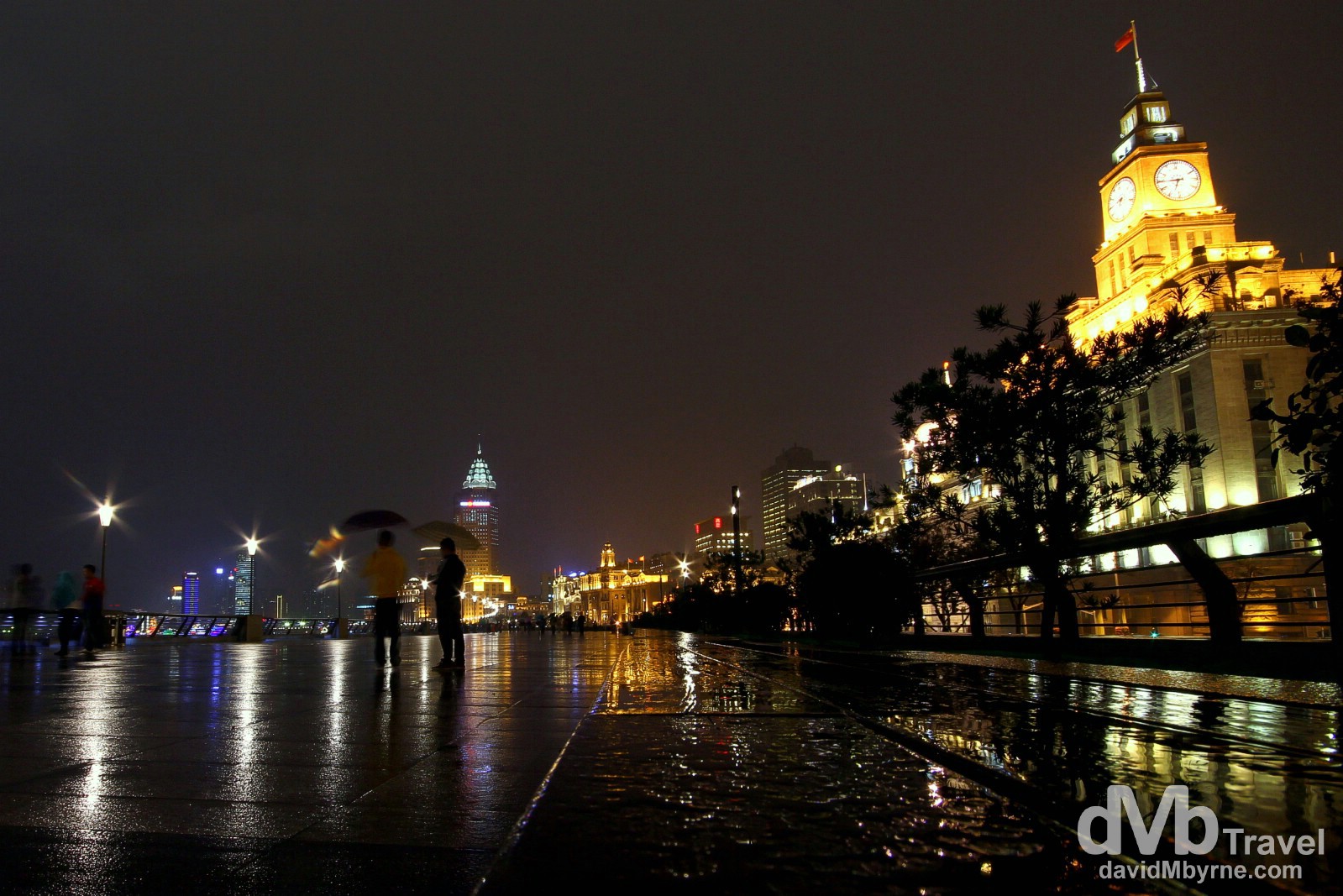 A rainy night on the Bund in Shanghai. During Shanghai’s riotous heyday under the British, the colonial riverfront, the Bund, was the city’s financial and commercial centre. Lined with grand edifices & particularly photogenic at night, the Bund waterfront is a vagabond assortment of neoclassical 1930s downtown New York styles & monumental antiquity. One of the most famous Bund buildings is the Customs House, illuminated above (right). The 1925 building is topped by a clock face modelled on Big Ben, the clock tower of the Houses of Parliament in London, England. This is a truly miserable night. I took this picture just before giving up for the night – I was soaked, as was my camera, & enough was enough for this particular day & night. Shanghai, China. October 22nd 2012 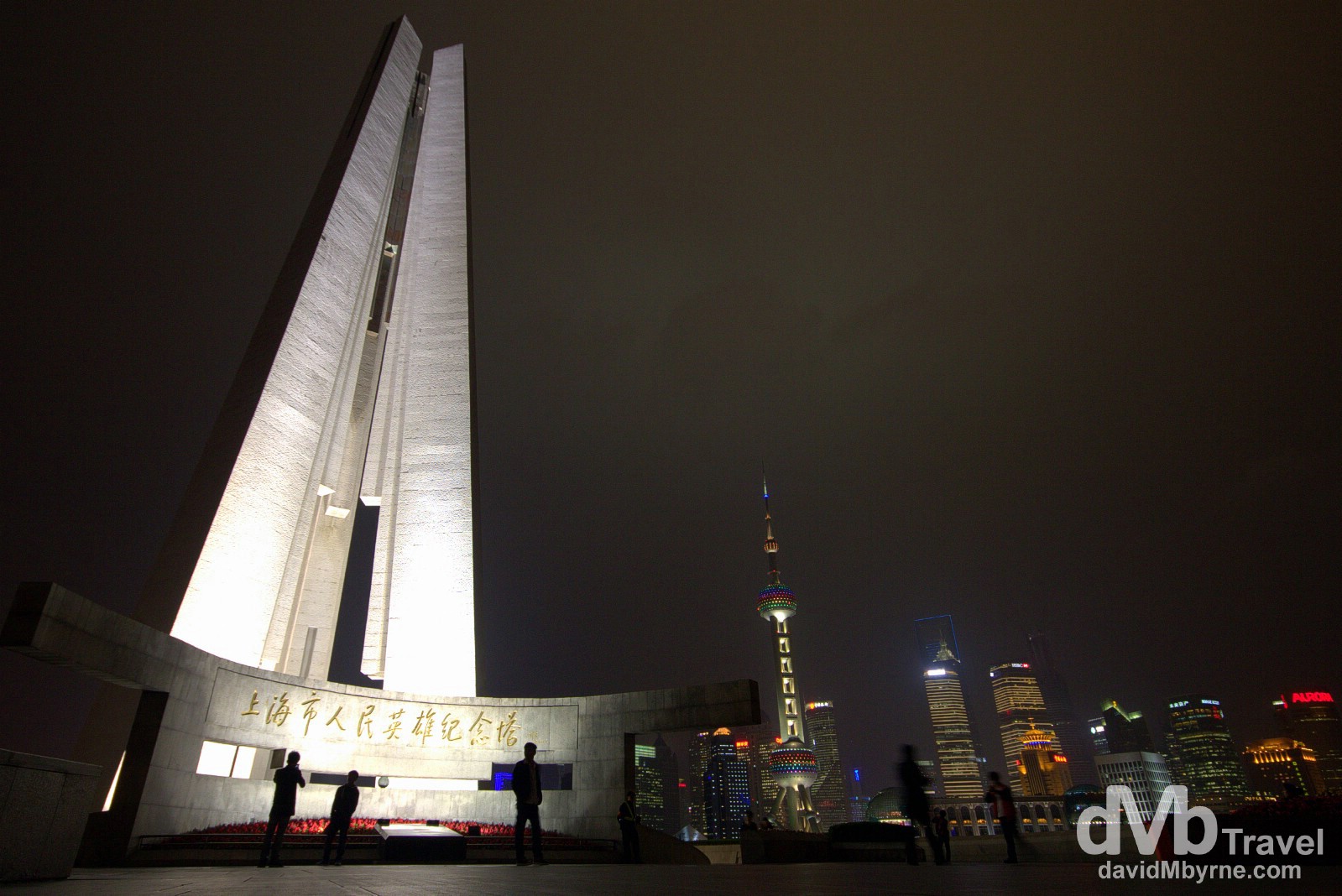 The Monument to the People’s Heroes in Huangpu Park. For all its early advances, Shanghai languished after the communist takeover of China in 1949, ironic considering the Communist movement started in the city. However, thanks to the aforementioned 1990s market-economic redevelopment the city is once again driving the Chinese economy, evident by the legions of skyscrapers in the economic New Pudong area of the city. Shanghai, China. October 22nd 2012. 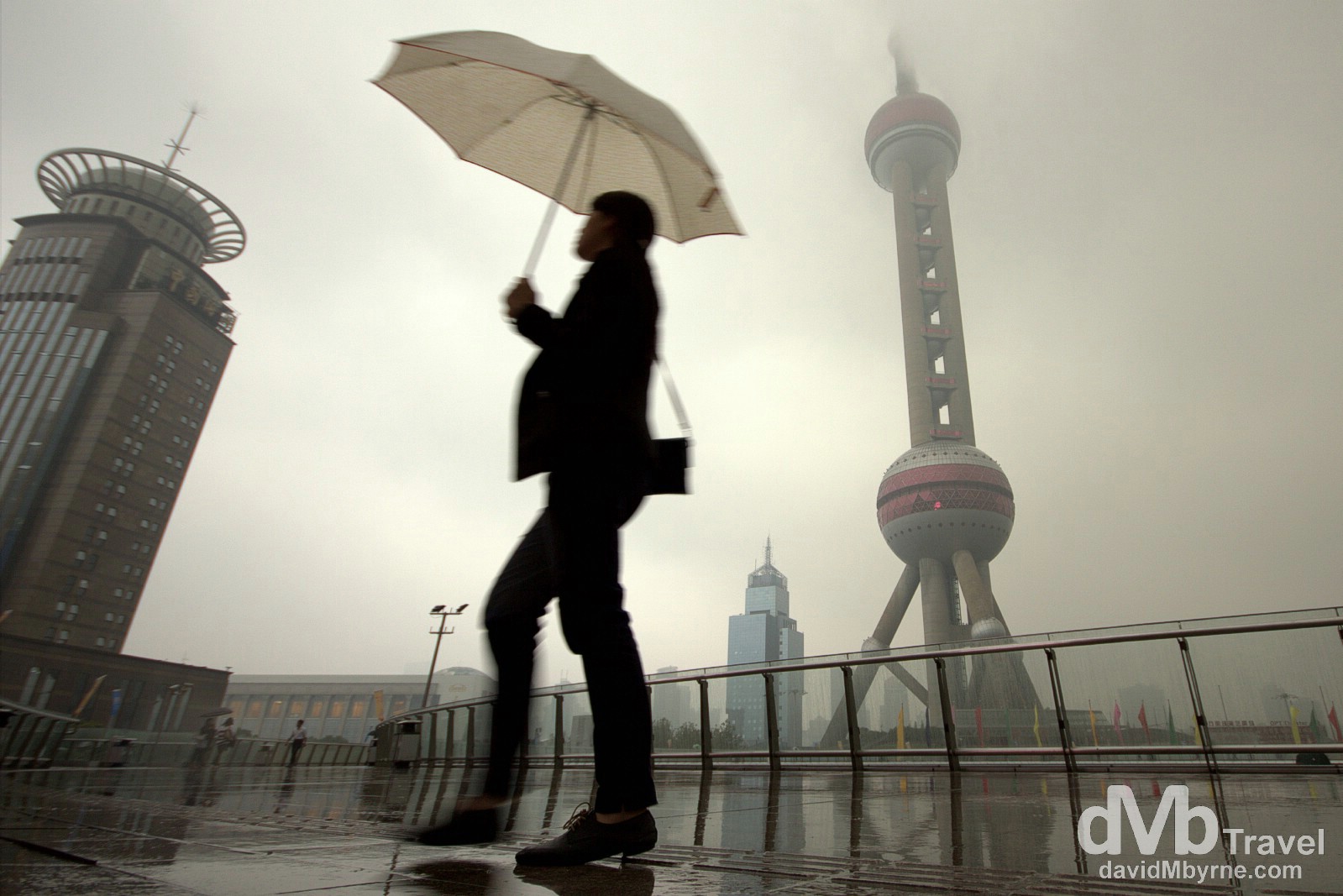 A dreary day in the New Pudong area of Shanghai, China. October 22nd 2012.