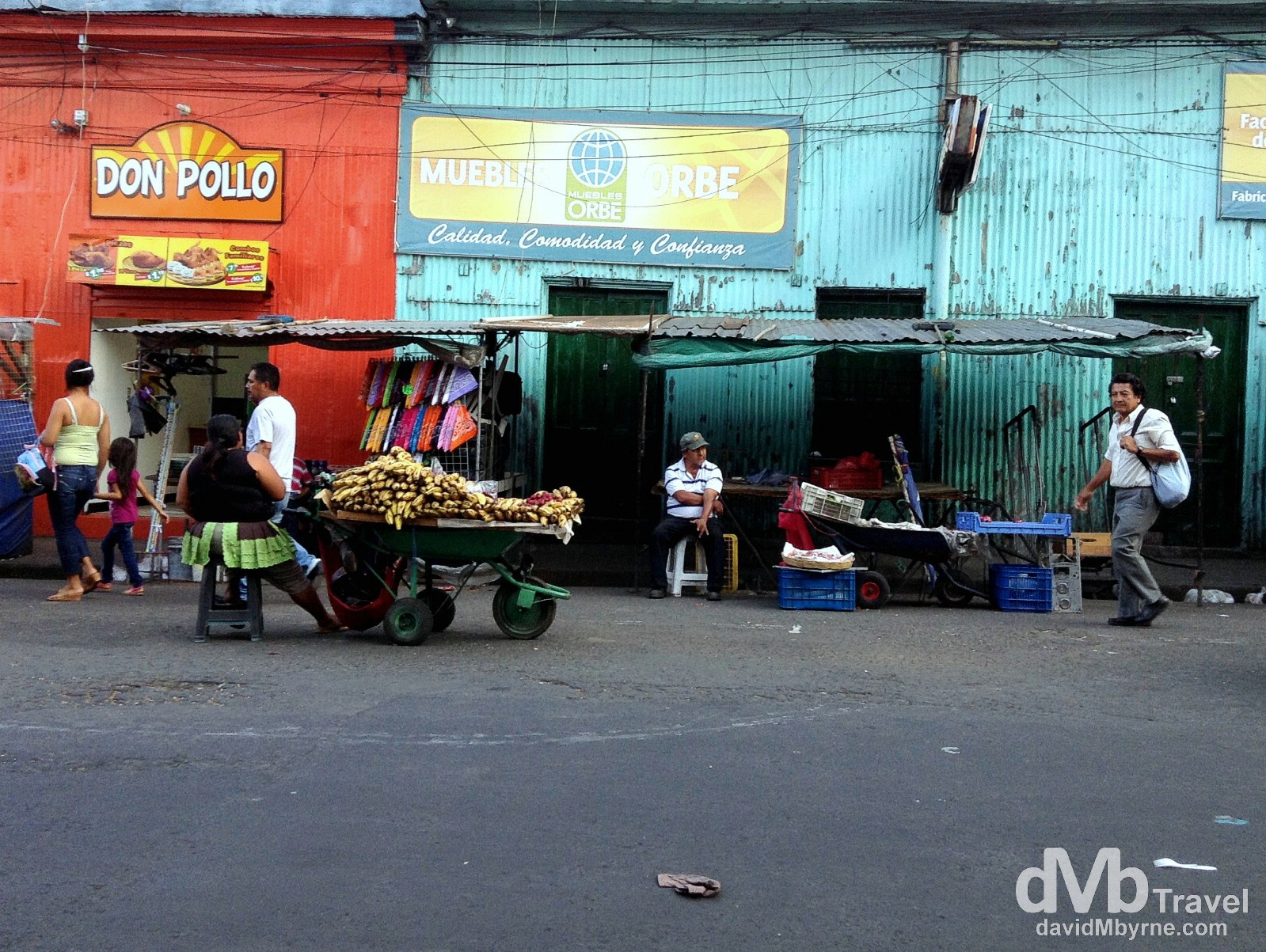 I like cities. I always have. And having spent the last four nights soaking in the charming tranquillity of the mountain villages of Juayúa & Ataco in western El Salvador, I was looking forward to the obvious change of pace that a few nights in the El Salvadorian capital of San Salvador, Central America’s second largest city (after Guatemala City) & where I arrived earlier today, would bring.

San Salvador
It’s a city, much like most Central American capital cities, that doesn’t have a good reputation. There’s no denying that unfortunately the crumbling cultural & economic heart of the country isn’t safest place in the region, something that deters many travellers, put off by stories of gangland feuds and muggings. My guide book didn’t do much to help or to enamour me to San Salvador, advising me to,

“leave your camera in your hotel if venturing in the chaotic city centre.“

I did venture into the chaotic city centre today shortly after arriving from Ataco & only partly heeded Lonely Planet’s advice – I had my SLR with me but it was safely tucked in my bag out of harms way, where it stayed. I guess for this sort of occasion, when a white-skinned, blue-eyed tourist like me doesn’t want to stand out any more than I already do (which is a lot), then the inconspicuous iPod does come into its own.

So that’s the extent of my adventures for today, a somewhat clandestine stroll around the centre of the El Salvadorian capital. It – the city – isn’t all that bad; decrepit chaos rarely is. I’ll venture around town again tomorrow. I might get brave and might even take some more pictures while I’m at it, this time with a proper camera. Maybe. For now however I’ll happily sleep on it.