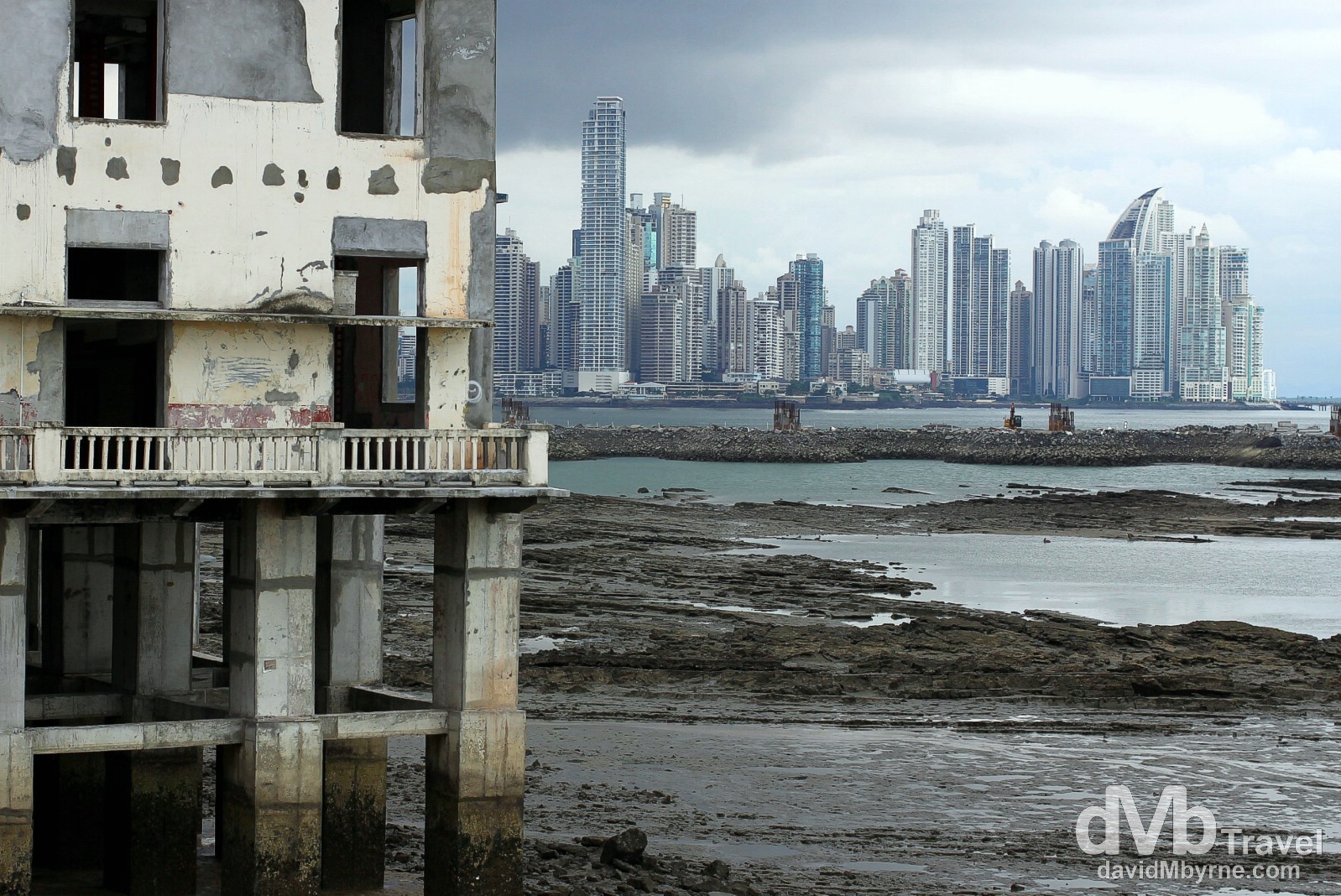 Tonight is night four of four in the Central American country of Panama, night 53 of 53 in Central America (yes, I’ve just worked that out). I’m just back from taking a few pictures in the Casco Viejo district of Panama City, my very last stop in the region. 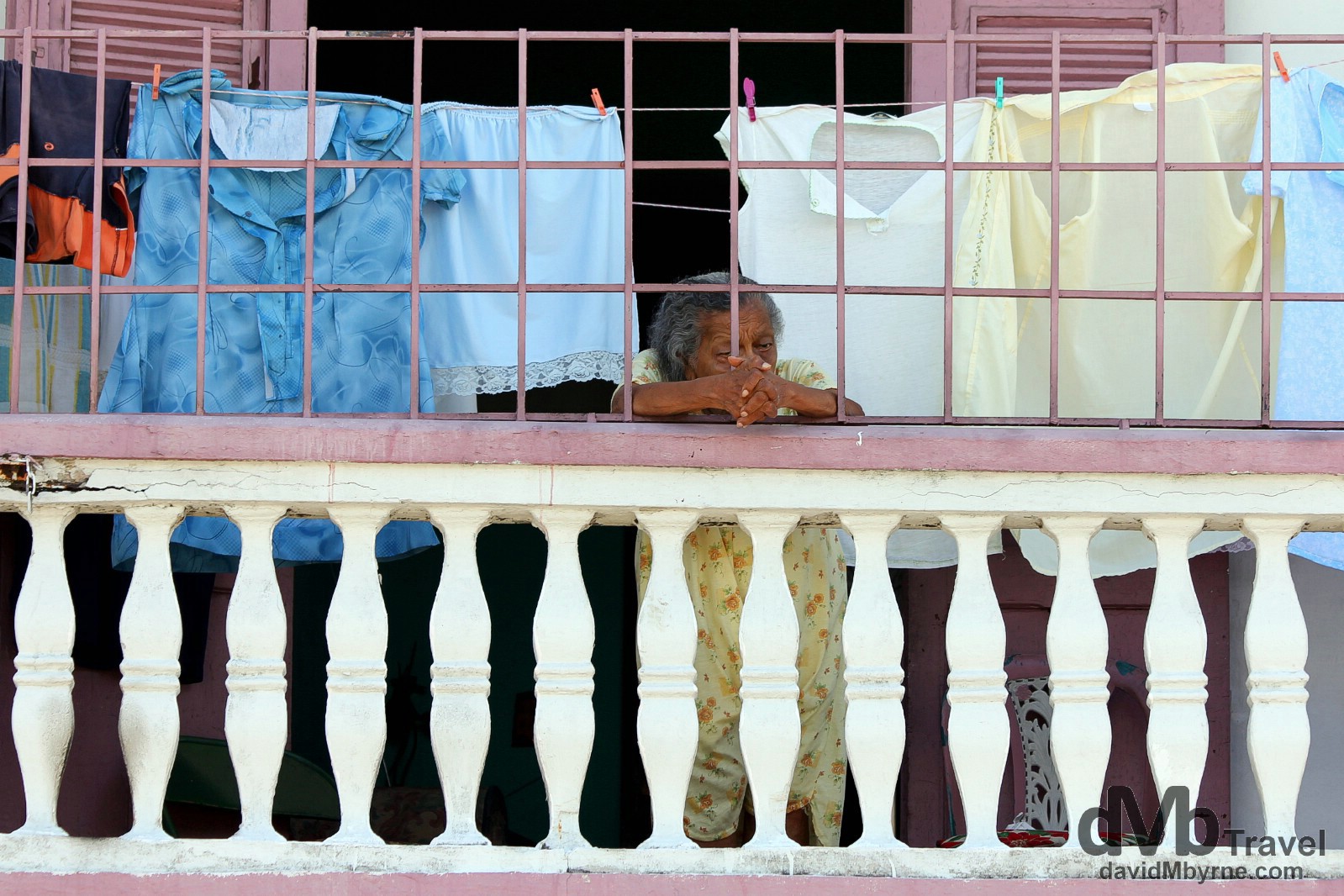 All eyes on me in Casco Viejo (

Casco Viejo
Casco Viejo, where I’m calling home in Panama City, is a very ancient & very historic neighbourhood of Central Americas sixth largest city. This place is ye olde. In fact, it’s the oldest continuously occupied European settlement in the Pacific coast of the Americas. It was here, in 1519, that the city of Panama City was founded by the Spanish as a consequence of their discovery of the South Sea in 1513. It was also from here that they aggressively, not to mention ruthlessly, expanded north. Needless to say the area has had a tumultuous history – it was plundered & destroyed by pirates in 1671 before being rebuilt and the city’s elite finally began to abandon it for good when construction began, in 1904, on the nearby Panama Canal. It quickly deteriorated into an urban slum, something large parts of it still resemble today ongoing efforts to spruce it up aside. It was awarded UNESCO World Heritage Status in 1997 and today the compact district of dilapidated buildings, dirty plazas & ancient churches is a great places to meander with a camera – you never know what you might stumble upon. 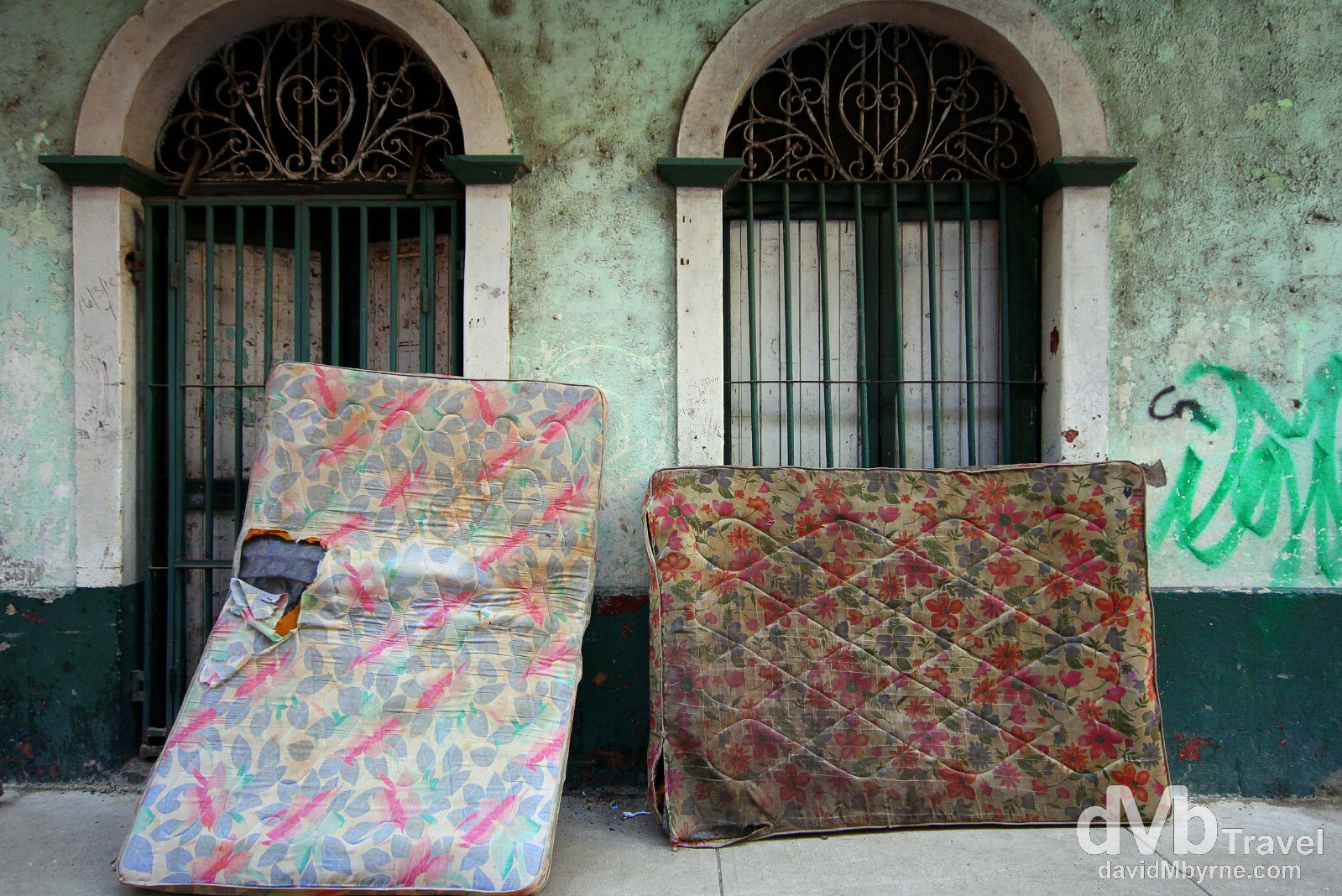 Yes, you never now what you might stumble upon while touring Casco Viejo, even two very used mattresses propped up by a graffiti-laden, pastel-coloured wall boasting wrought iron-fronted curved colonial portals. On the streets of the Casco Viejo area of Panama City, Panama, Central America. June 30th 2013.

Founded in 1519 by the conquistador Pedrarías Dávila, Panamá Viejo is the oldest European settlement on the Pacific coast of the Americas. It was laid out on a rectilinear grid and marks the transference from Europe of the idea of a planned town. Abandoned in the mid-17th century, it was replaced by a ‘new town’ (the ‘Historic District’), which has also preserved its original street plan, its architecture and an unusual mixture of Spanish, French and early American styles. The Salón Bolívar was the venue for the unsuccessful attempt made by El Libertador in 1826 to establish a multinational continental congress.

Old & New. The view from the tip of Casco Viejo across the Bahia de Panama (Bay of Panama) towards Panama City. Panama City is the wealthiest city in Central America. The regional centre of banking & trade with an almost Swiss-sized collection of international banks, its silver skyscrapers would look out of place in any other Central American city. But that’s the New Panama City and when compared to areas of the old Panama City here in Casco Viejo then the contrast is quite obvious & striking. Panama City. July 1st 2013. 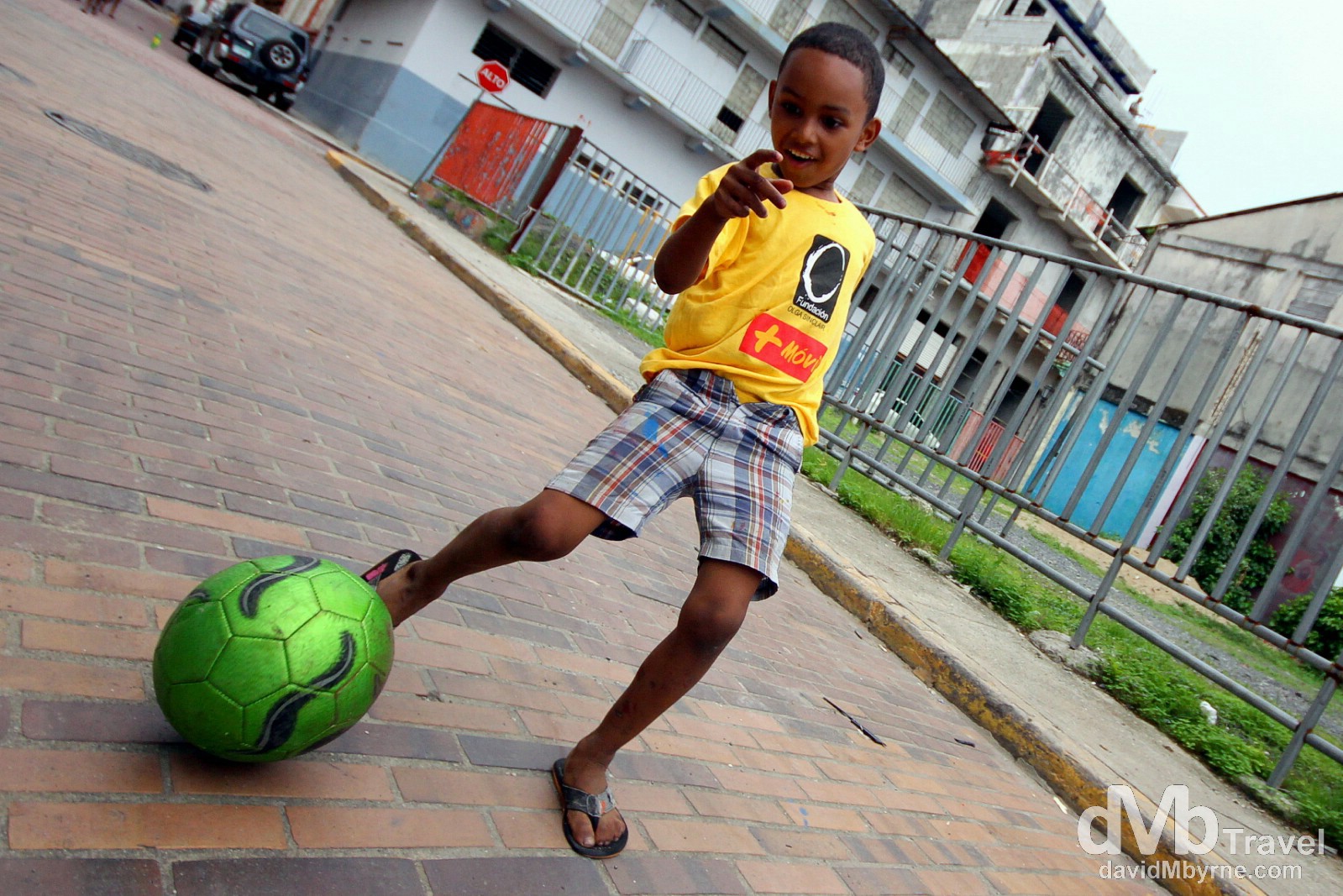 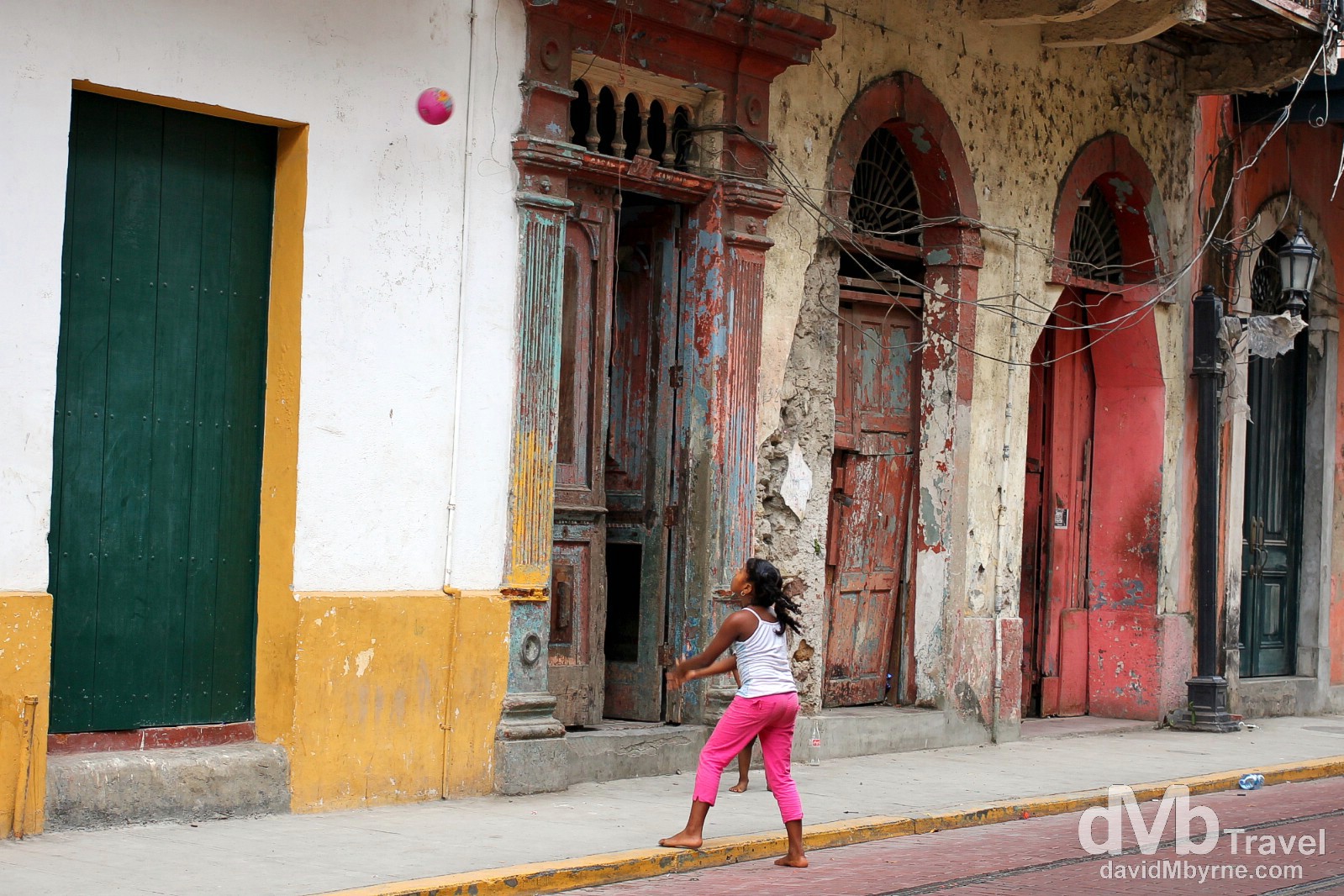 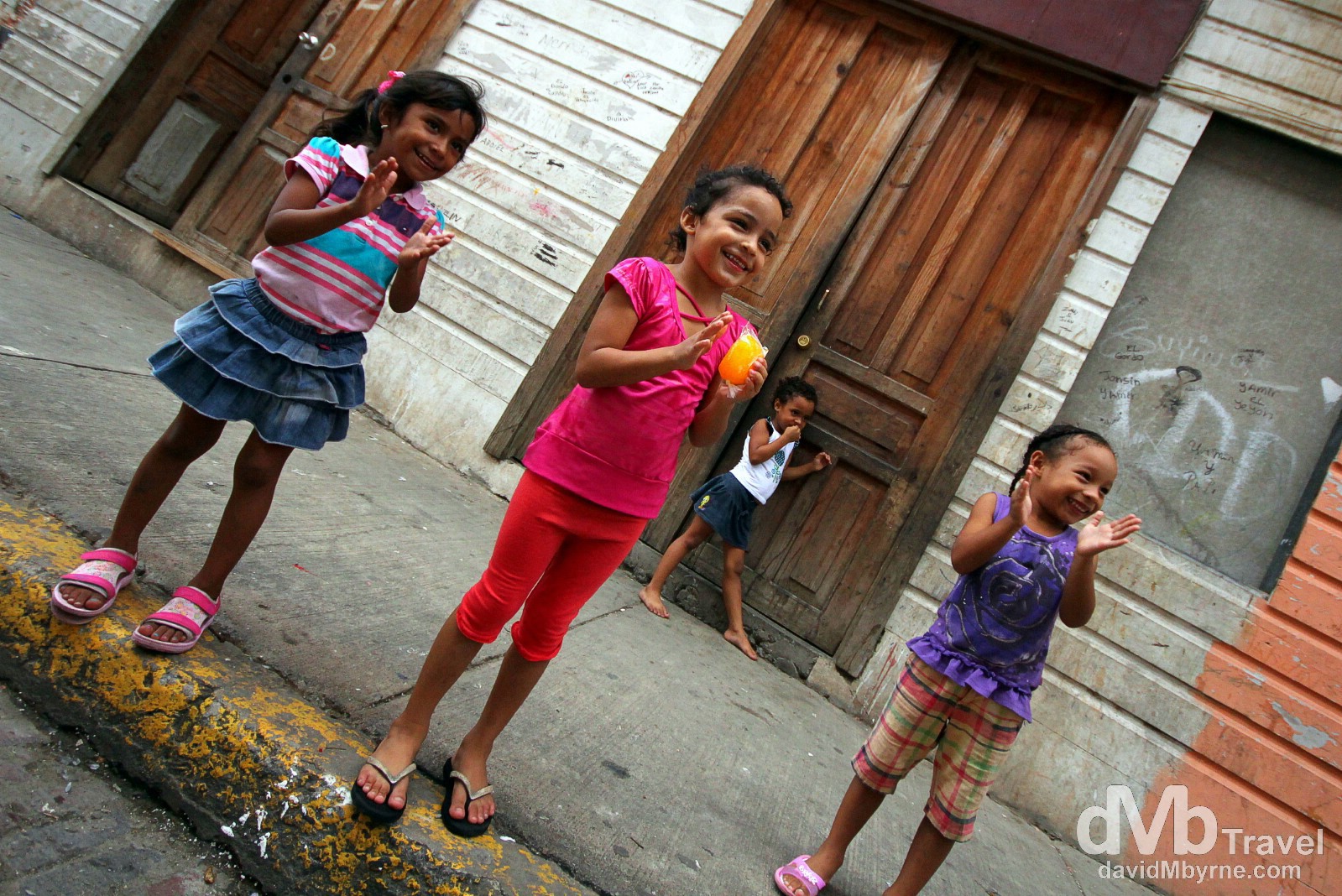