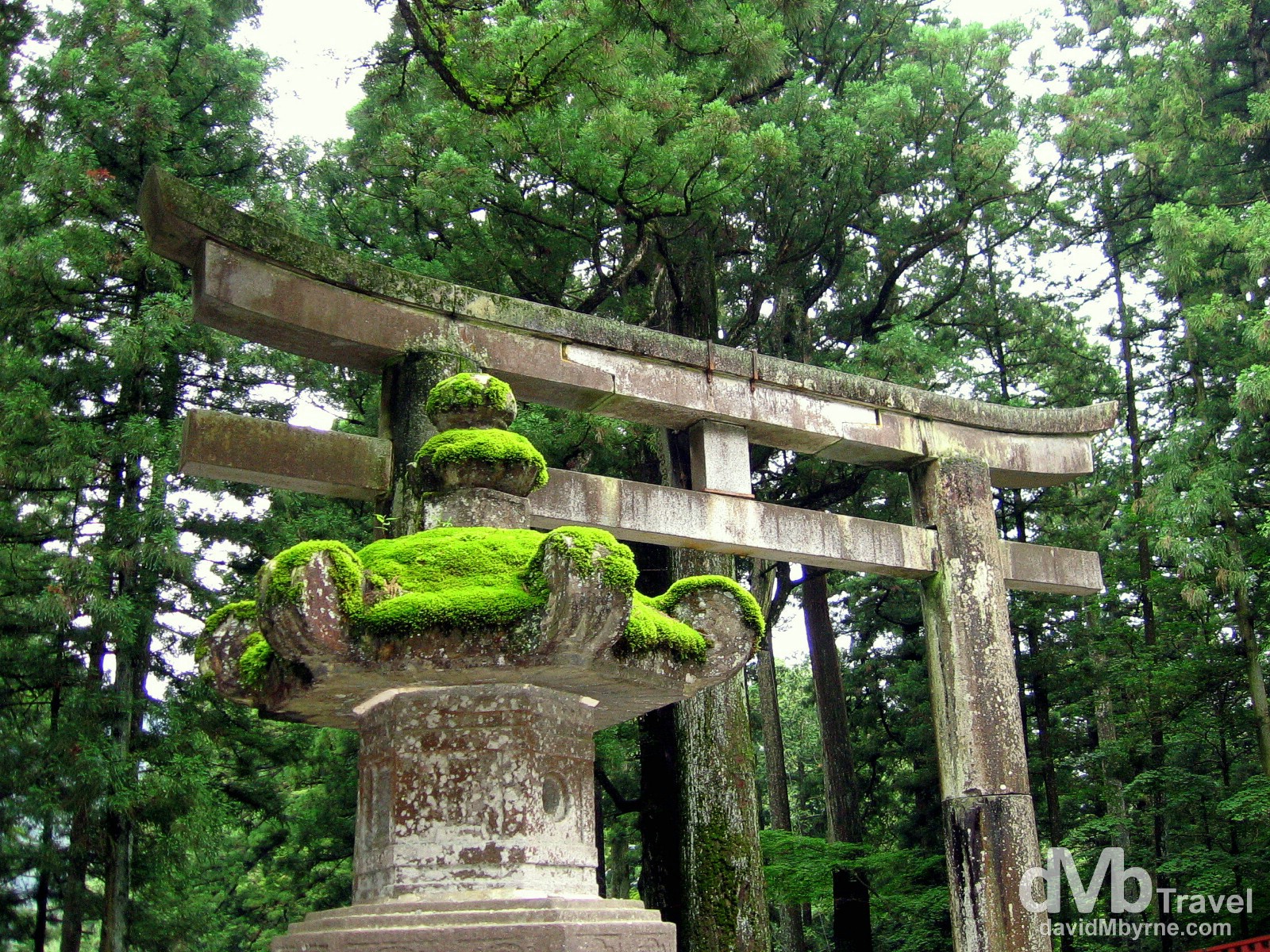 A fter a dizzying few days in Tokyo it was time to catch the Shinkansen (Bullet Train) north to Nikko, a city in the mountains of Tochigi Prefecture some 140 kilometres from the capital. A popular tourist destination, Nikko is home to the UNESCO World Heritage listed Shrines and Temples of Nikko, a complex of 103 buildings – belonging to two Shinto Shrines & one Buddhist Temple – in a beautiful wooded setting, reason enough to make the trip here from the capital.

A section of the Tosho-gu Temple in Nikko. The Shrines and Temples of Nikko were built as mausoleums for the Tokugawa Shoguns, hereditary military dictators who ruled Japan until the revolution of 1867-68. They were inspired by the vision of Tokugawa Ieyasu, the first Tokugawa shogunate of Japan. He ruled until his death in 1616, just prior to which he made it known that his final wish was for his successors to “build a small shrine in Nikko and enshrine me as a God. I will be the guardian of peace keeping in Japan.” Ieyasu was buried here immediately after his death but the present complex was only built in 1634 on the order of his grandson, Iemitsu. The shrine took 15,000 workers some 2 years to complete. Unlike most Japanese temples and shrines, the buildings in the Tosho-gu complex are extremely gaudy and ornate with multicoloured carvings and plenty of gold leaf. They show a heavy Chinese influence. The whole complex, granted UNESCO World Heritage status in 1999, is a magnificent sight enveloped as it is in a mature forest of over 13,000 cedar trees. Nikko (

Shinto is one of the two main religions of Japan (the other being Buddhism). It’s the ancient indigenous religion of Japan lacking formal dogma & characterized by a cultist devotion to deities of natural forces and veneration of the Emperor as a descendant of the sun goddess. Shinto shrines are called jinja (kami-dwelling). These terms, and the torii gates found in any Shinto complex like this one in Nikko, are the easiest ways to distinguish between Shinto shrines and Buddhist temples. The shrine provides a dwelling for the kami, who are felt to be present in the surrounding nature, and it is also a place to serve and worship them. Though there are many styles of shrine architecture, they are traditionally built from unpainted cypress wood with a grass-thatch roof. The torii gate at the entrance to the Toshogu Shinto shrine in Nikko, Honshu, Japan. July 17th 2005. 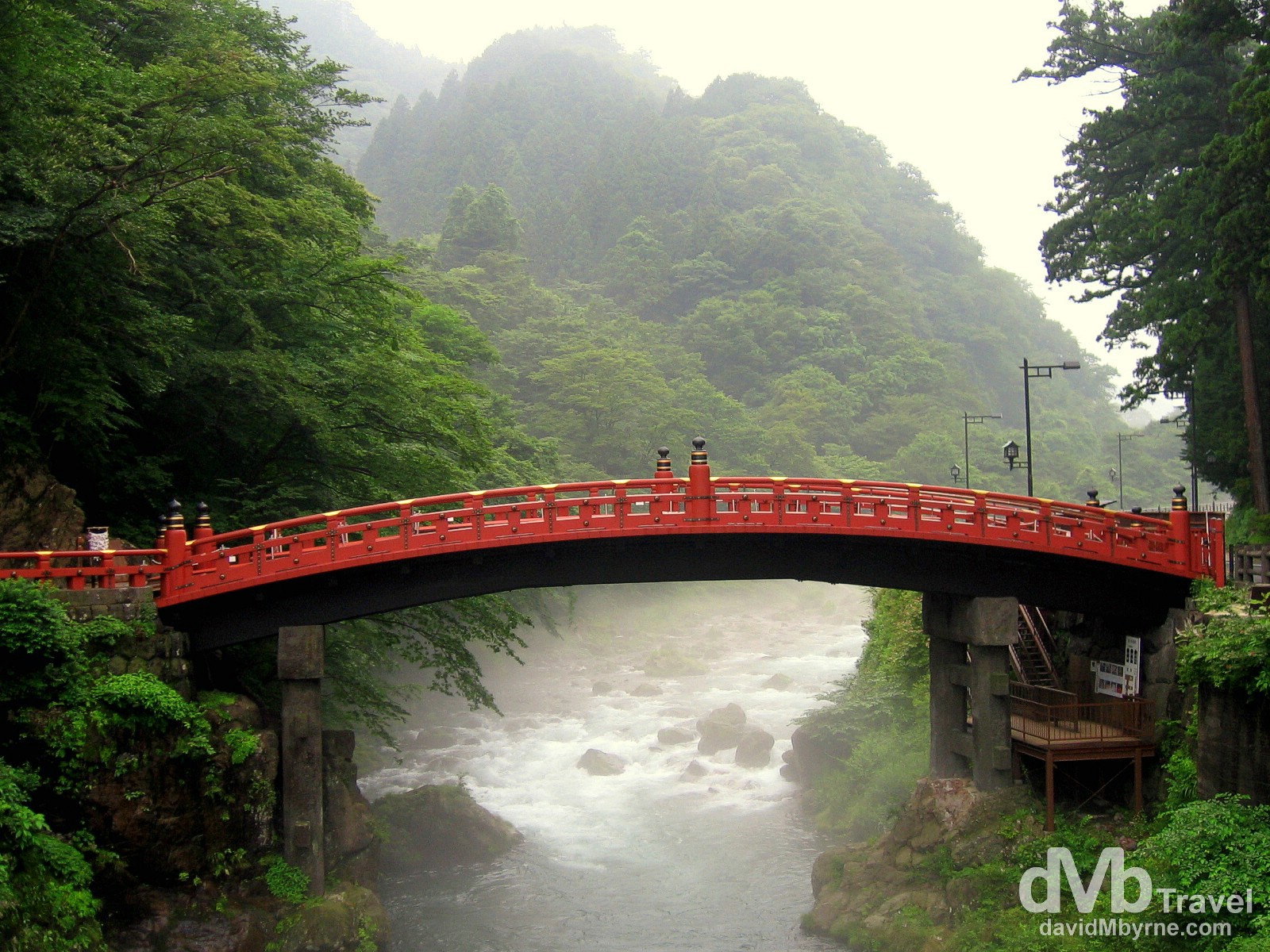 The much photographed red Shinkyo Bridge in Nikko separates the shrines of the Shoguns from the town of Nikko. In feudal times only the Shogun was permitted to cross the bridge and even today pedestrian traffic is not permitted to use the ornate bridge. Nice views of its modest ochre span, just like this one, are free from anywhere in the vicinity of the bridge but if you want to go one better an actually set foot on the bridge then it’ll cost you ¥350 (€2.50). Shinkyo bridge, Nikko, Honshu, Japan. July 16th, 2005.