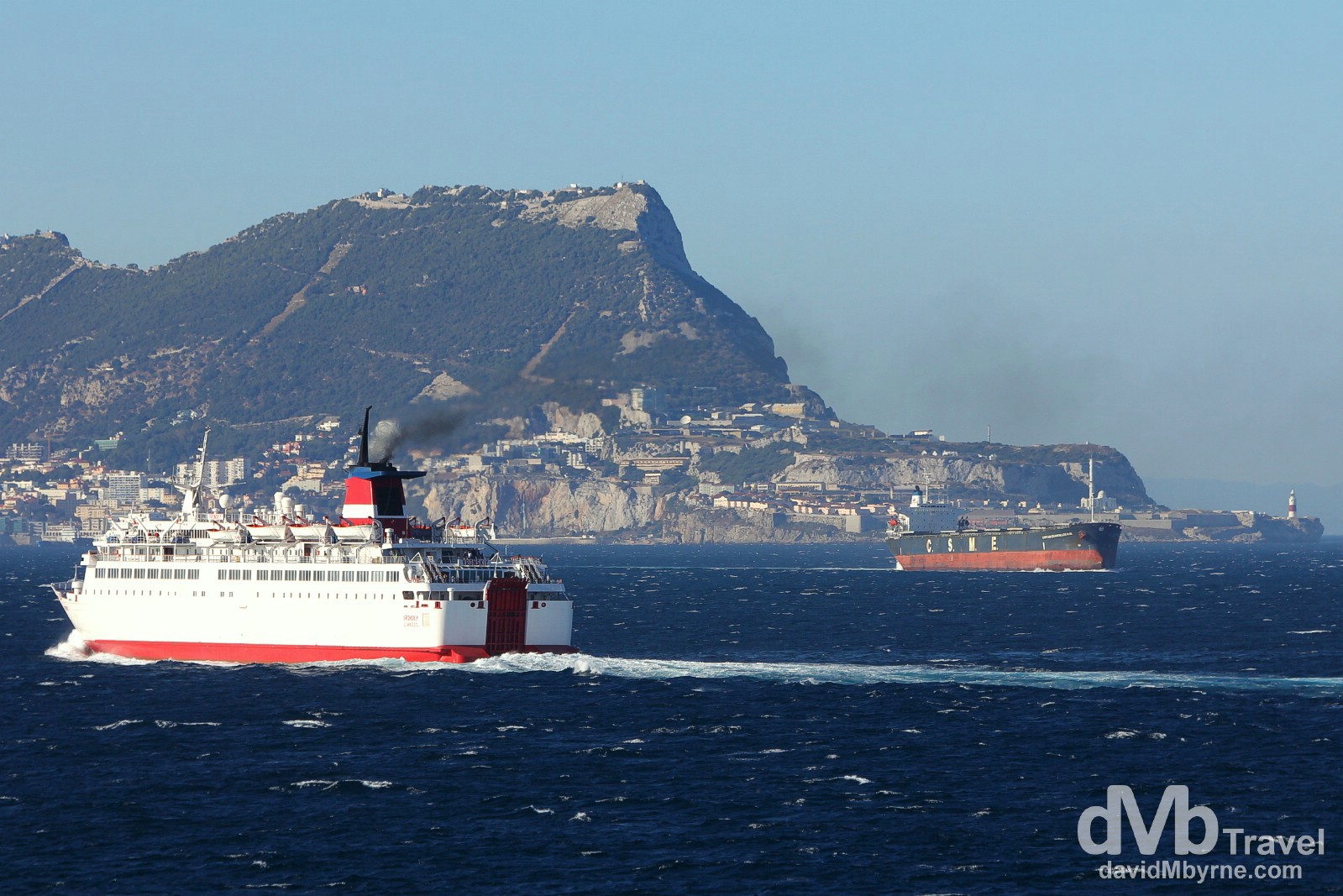 I didn’t actually end up getting the ferry from Tangier but instead from a port called Tangier Med, some 40 kilometres along the Moroccan Mediterranean Coast from Tangier. Ferries from Tangier only go to Tarifa in Spain and I wanted to be nearer Gibraltar once I made European landfall (through investigating options in Tangier I learnt there are no ferries to Gibraltar itself, not anymore) thus necessitating the need for a 1-hour bus ride to Tangier Med from Tangier (& I thought I was done with Moroccan buses). But not to worry; I eventually left Morocco on board the Kattegat (home port of Limassol, Cyprus), the 90-minute crossing costing 270 dirhams (€24) and putting to very good use the majority of my remaining Moroccan currency.

The scheduled 5 p.m. sailing from Tanger Med, Morocco, to Algeciras in southern Spain departed at just after 6 p.m., a couple of hours before sunset in this part of the world at this time of year. It was a nice time of the day for a ferry crossing and I spent most of the 90-minute, 35-kilometre journey across the Strait of Gibraltar separating Africa & Europe on deck with the wind, the seagulls & with great views of the receding coastline of Africa to my right & the approaching coastline of Europe to my left. The Strait of Gibraltar is a busy shipping lane, one of the world’s busiest. I captured this picture of shipping on the Strait & the famous rock that is the British colony of Gibraltar from the deck of the Kattegat as we approached the little Spanish port town of Algeciras, somewhere I’ll use as a base to get a proper look at Gibraltar tomorrow, some 20 kilometers around the Bay of Gibraltar from Algeciras. The Strait of Gibraltar en route to from Tangier Med ( 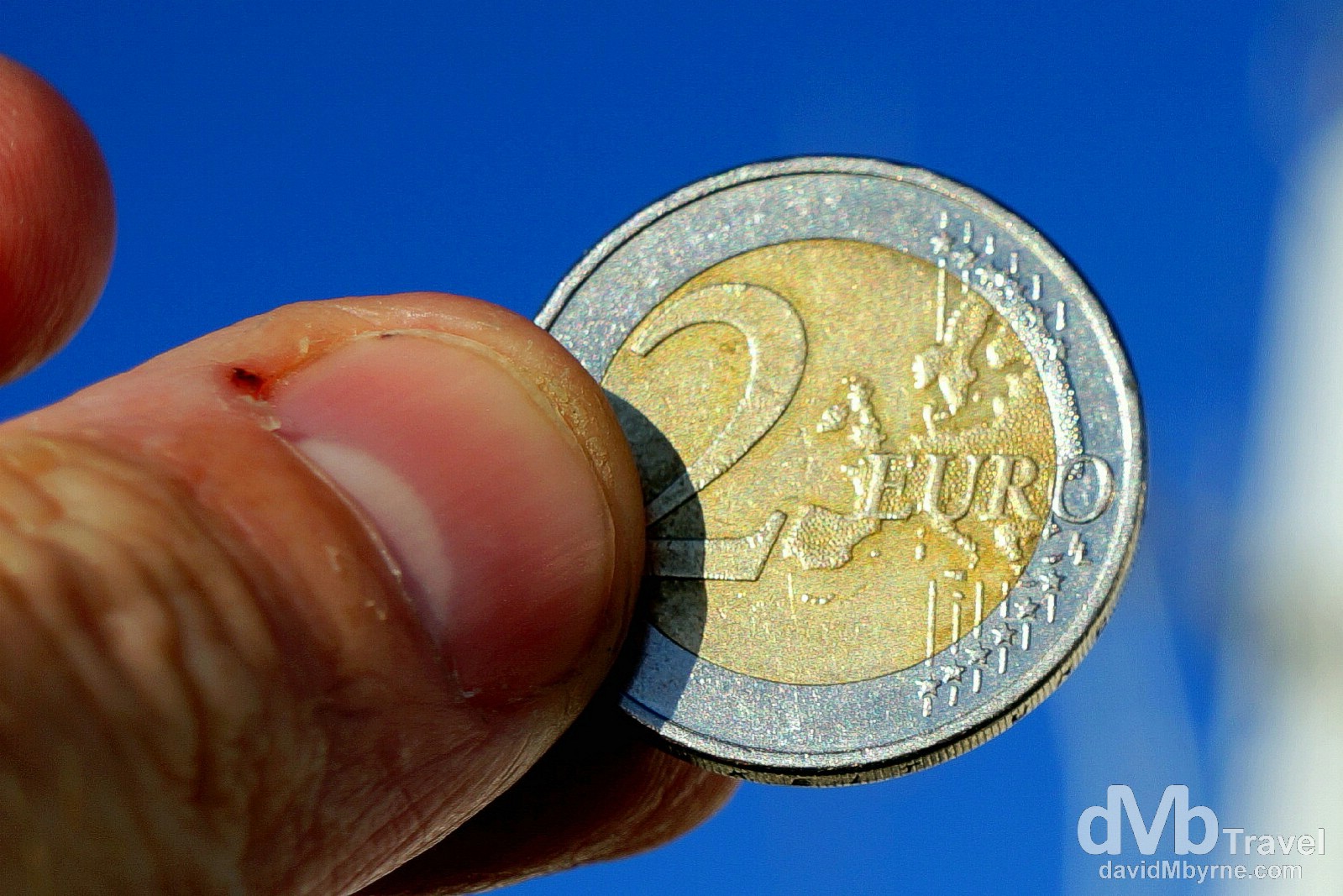 Oh yes, back in Euroland, back to familiar money (and European prices). On the deck of the Kattegat en route from Tangier Med, Morocco, to Algeciras, Andalusia, southern Spain. June 4th, 2014 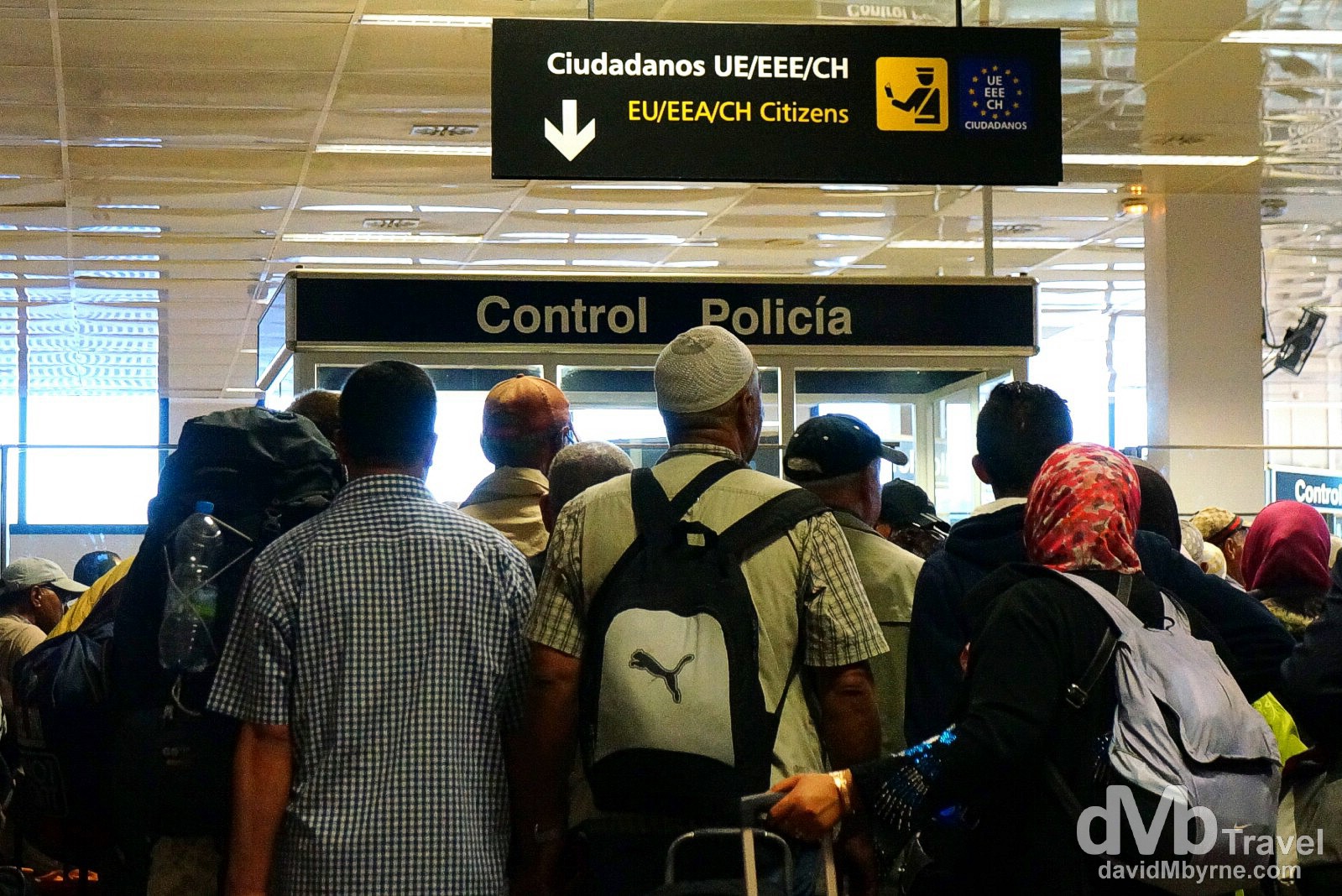 Needless to say ferry travel is a slow business; even so-called fast ferries take their time. But ferry travel is an especially slow business when you share a ferry with Moroccans laden down with luggage & when lines at passport control are as slow as they were here upon arrival in Algeciras earlier this evening. EU Citizens or no it took forever to be officially welcomed back home to Europe. I’m glad I was in no rush. Passport control at Algeciras Port in Andalusia, southern Spain. June 4th, 2014