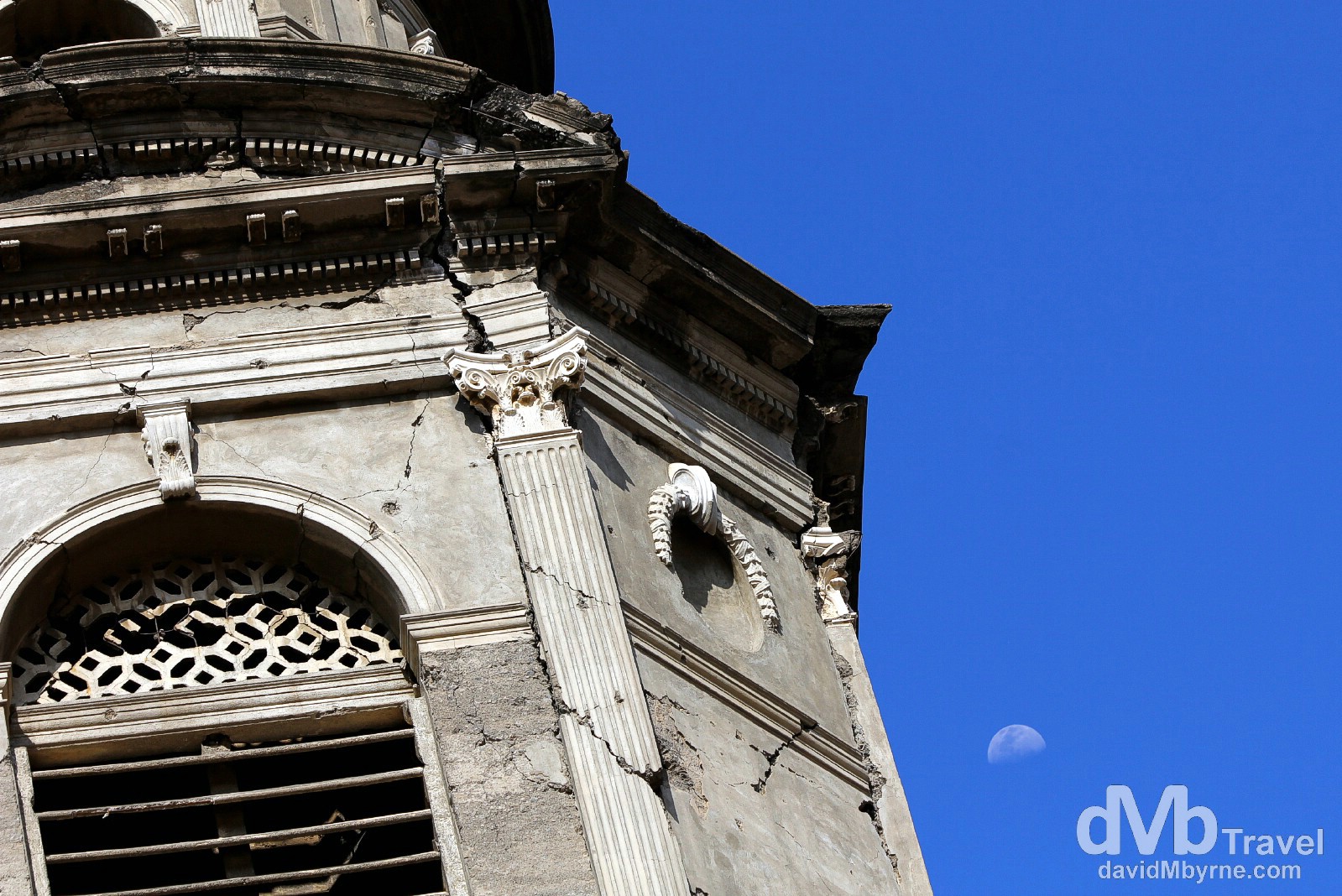 I was initially only planning on passing through Managua, the Nicaraguan capital & Central America’s fourth largest city, en route elsewhere. It is located midway between Leon, from where I came, & Granada, from where I’m heading, having been founded in 1857 as a neutral capital of the country in an ultimately unsuccessful bid to stop quelling between the two aforementioned 1524 Spanish colonial powerhouses, two of the oldest & most historic cities in the Americas. But having read about Managua’s historic Area Monumental I decided to pay the city a visit and spend the night en route to Granada. And what a good decision that turned out to be. 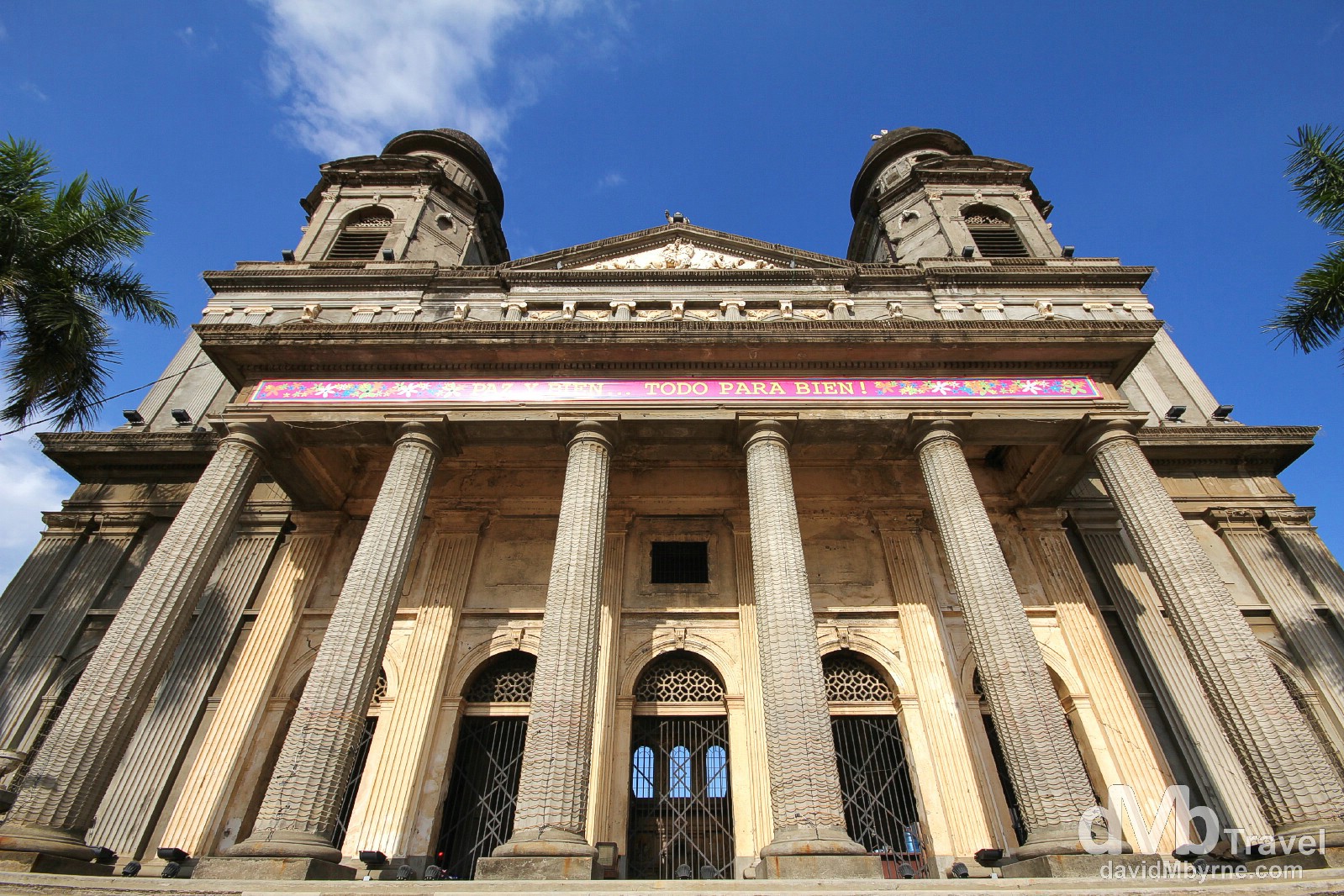 The 1929 neoclassical Old Cathedral sits in the centre of Managua’s so-called Area Monumental, the area that was once the beating heart of Nicaragua’s capital. Then came the 1972 earthquake, promptly followed by two decades of war, and the centre was abandoned. Some buildings have been restored (the gorgeous Palacio Nacional is here & there are government offices, too), there’s a foliage-heavy, shady park, & a scattering of shrines & post-revolutionary monuments, all of which strive to add a much-needed spark of life to the area. However, it’s still an eerie, evocative place to be with the massive closed-to-the-public shell of the cathedral the area’s most emotive ruin & reminder of the past. Despite promises it has never been restored (lack of funds, you see) though it’ll probably happen someday. For now however it’s the cathedral without a heart in the city without a centre. Managua (

Cracks, remnants of the 1972 earthquake, on a tower of the Old Cathedral, Area Monumental, Managua, Nicaragua. June 17th 2013. 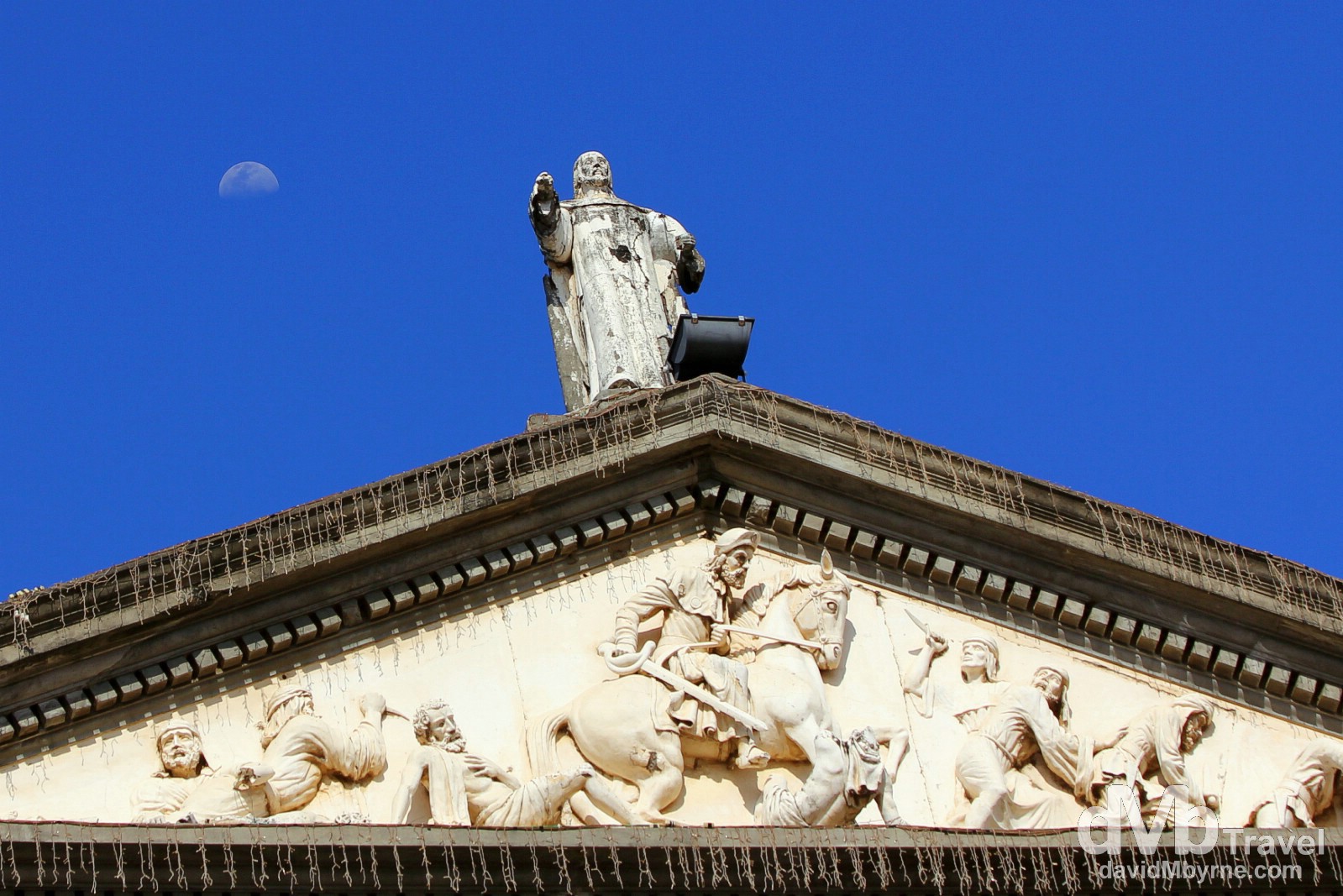 The apex of the façade of the Old Cathedral, Area Monumental, Managua, Nicaragua. June 17th 2013. 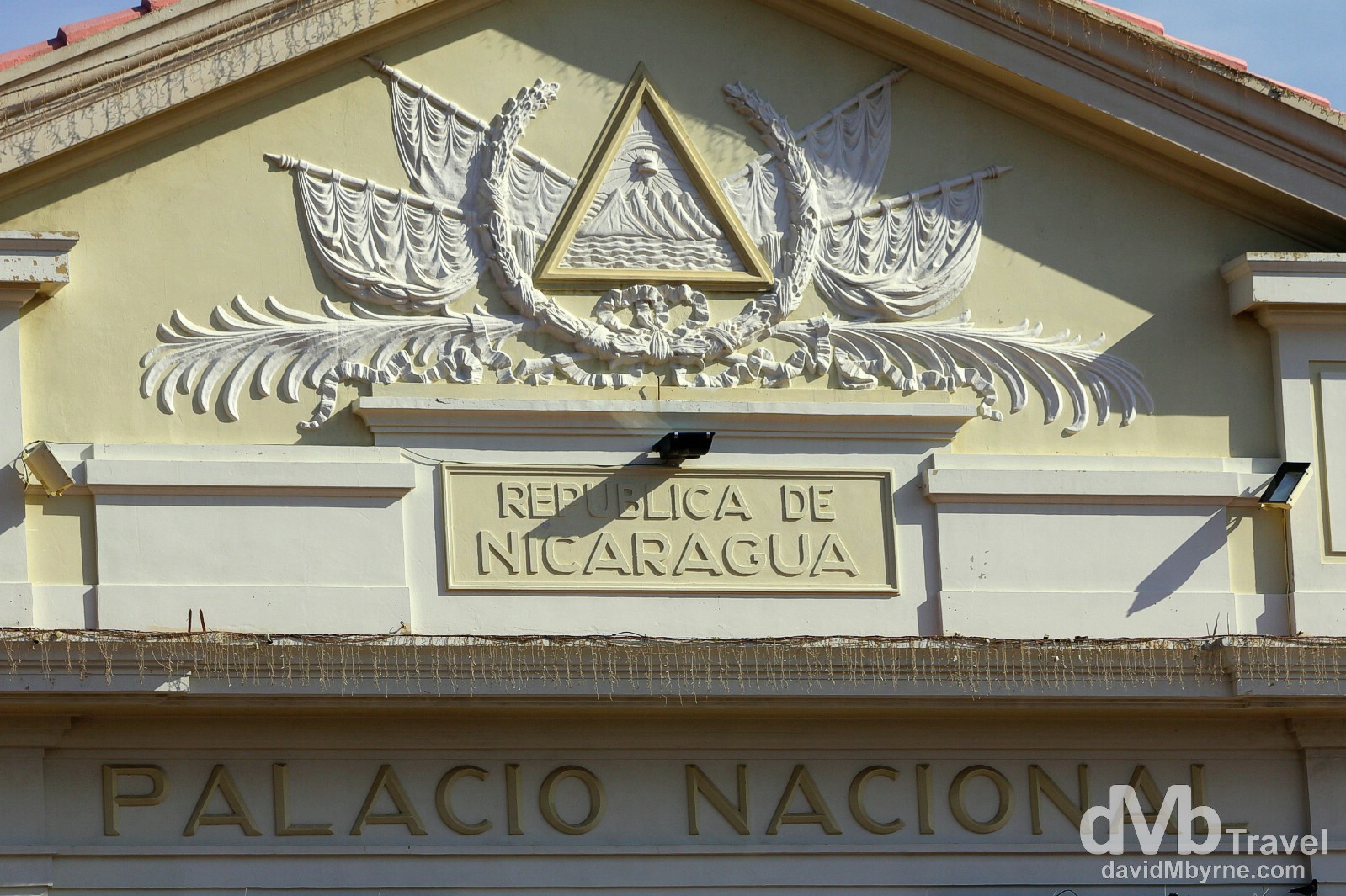 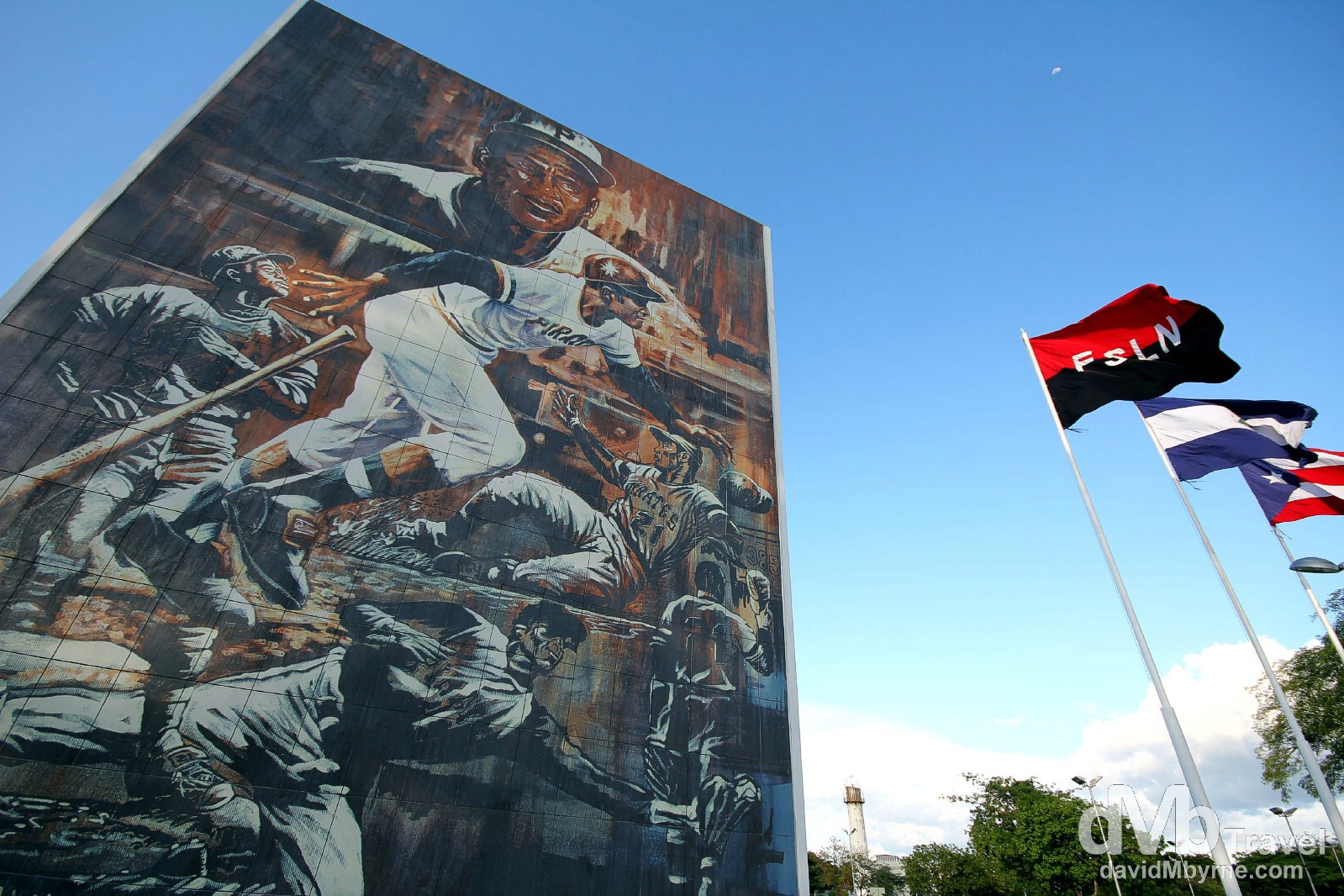 A memorial to Roberto Clemente in Parque Luis Alfonso Velasquez Flores. Nicaraguans love baseball, a sport they learned from American troops stationed here in the past. This is a memorial to a baseball great & Hall of Famer, Roberto Clemente. It’s located in a beautiful recreation park, one of the newer city attractions & one that looks out of place in unkempt Managua. Puerto Rican Clemente was an avid humanitarian and when the earthquake struck Managua in 1972 he organised 4 plane loads of supplies to be sent to the area. Corrupt officials intercepted the first three planes so Clemente himself flew with the fourth to ensure its cargo reached those in need. Tragically the plane crashed and Clemente, today revered as something of an icon in Nicaragua, died. Parque Luis Alfonso Velasquez Flores, Managua, Nicaragua. June 17th 2013.