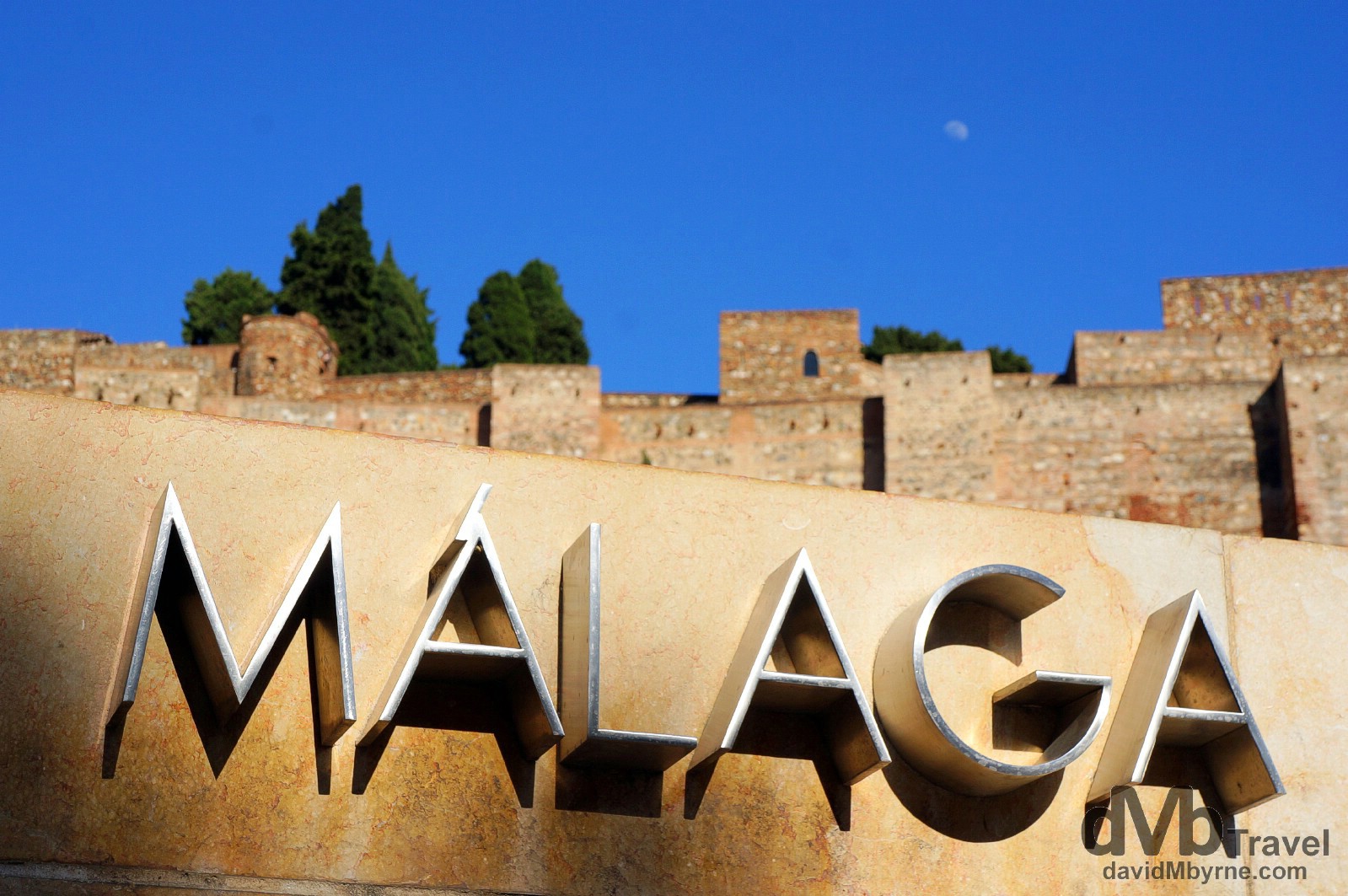 M alaga. Nice place. Old too. Spain’s sixth largest city, & interestingly the southernmost large city in Europe, was founded way back in 770 BC making it one of the oldest cities in the world. Being that old means it boasts quite a bit of history with remnants of Roman, Muslim & of course Christian times still visible throughout the present-day city.

A sign fronting the Roman Theatre off Calle Alcazabilla in central Malaga. Yep, the Romans were here and the most famous remnant of their time lording over these lands is a small theatre, one that is overlooked by the walls of the hilltop Alcazaba, the remnants of the palace-fortress of Malaga’s Muslim rulers. An historic place indeed. Calle Alcazabilla, Malaga (

These days Malaga is the exuberant, vibrant, increasingly cultured capital of Malaga province, a likable port city by the Mediterranean with a population of over half a million, most of whom, as far as I could tell, like to rise late, enjoy their afternoon siesta & stay out late into the evenings – this place buzzes until well into the early monring. It’s a city full of beautiful people walking beautiful streets lined by beautiful buildings or who are sitting in beautiful cafes & bars watching the rest of the beautiful people go by. You probably get the picture. I walked around those aforementioned streets feeling all beautiful myself (it’s catching); I visited the beach & revamped port areas; I smelled the flowers in a few of the city’s beautiful parks & along its leafy boulevards; I visited a few age-old churches; I took in the views from the walls of the Alcazaba; And I did all of that while wallowing in the gorgeous sunny weather – I haven’t seen a cloud in the sky since I arrived in Spain off the ferry from Tangier in northern Morocco 5 days ago now. 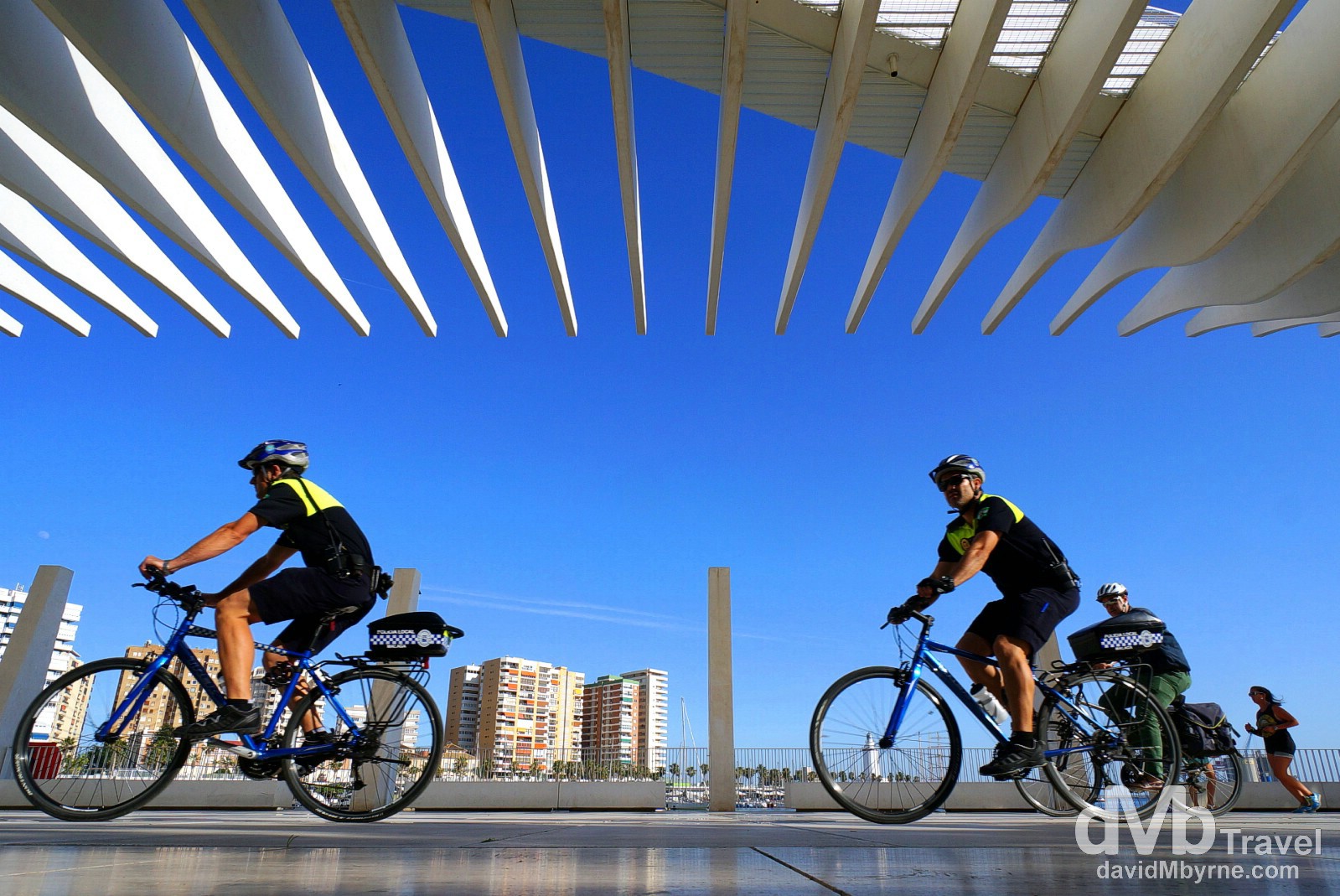 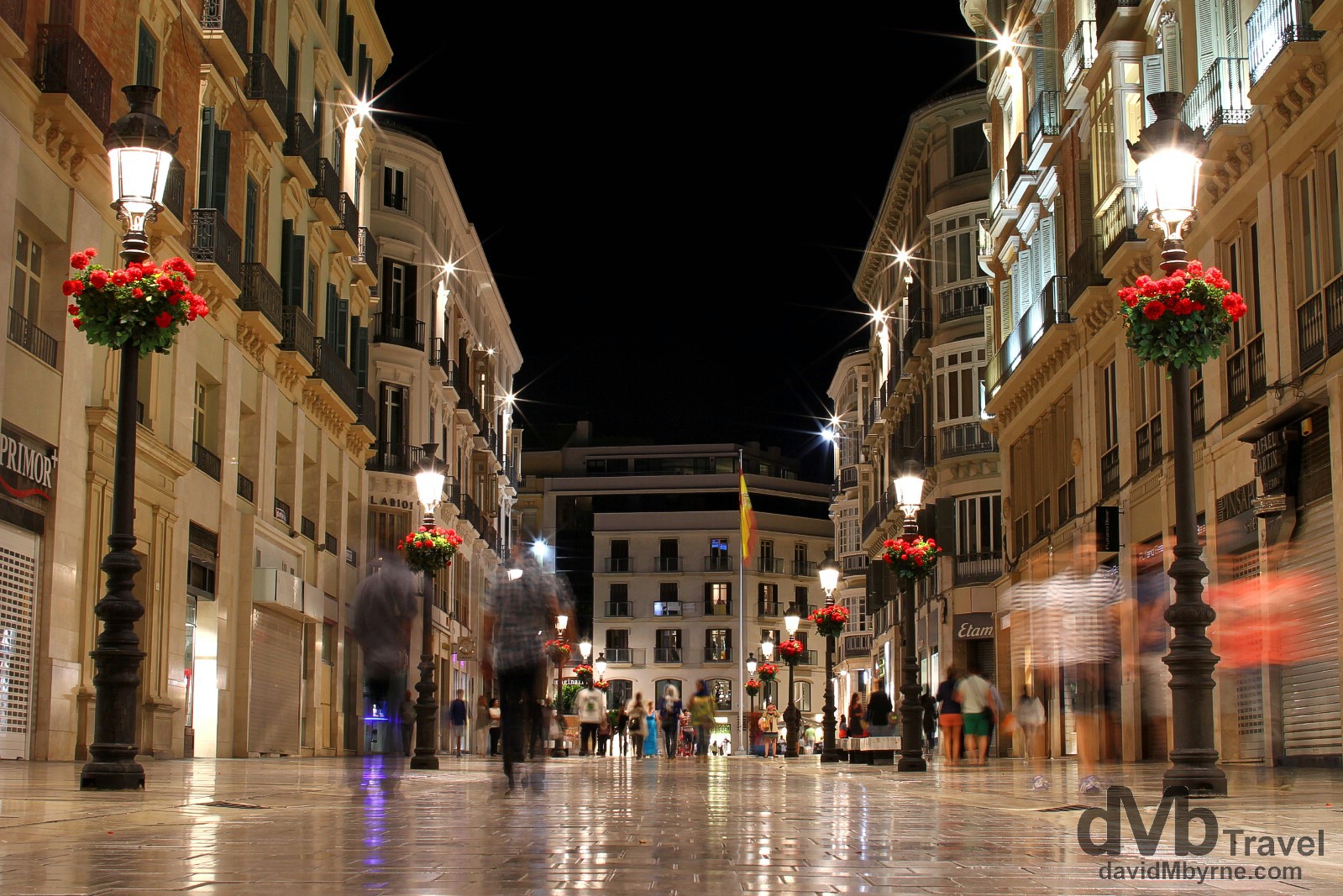 I spent most of my 2 days in Malaga photographing buildings, especially those on the narrow old streets of the recently restored and compact historic centre. It’s a great place to amble at all times of the day as the sunlight hits different pastal coloured buildings at different times of the day. I walked up and down this street, Calle Marques de Larios, the city’s main pedestrianized artery, more times than I care to remember taking pictures each and every time. I captured this picture earlier this evening on my final Malaga walkabout. Calle Marques de Larios, Malaga, Andalusia, Spain. June 9th, 2014 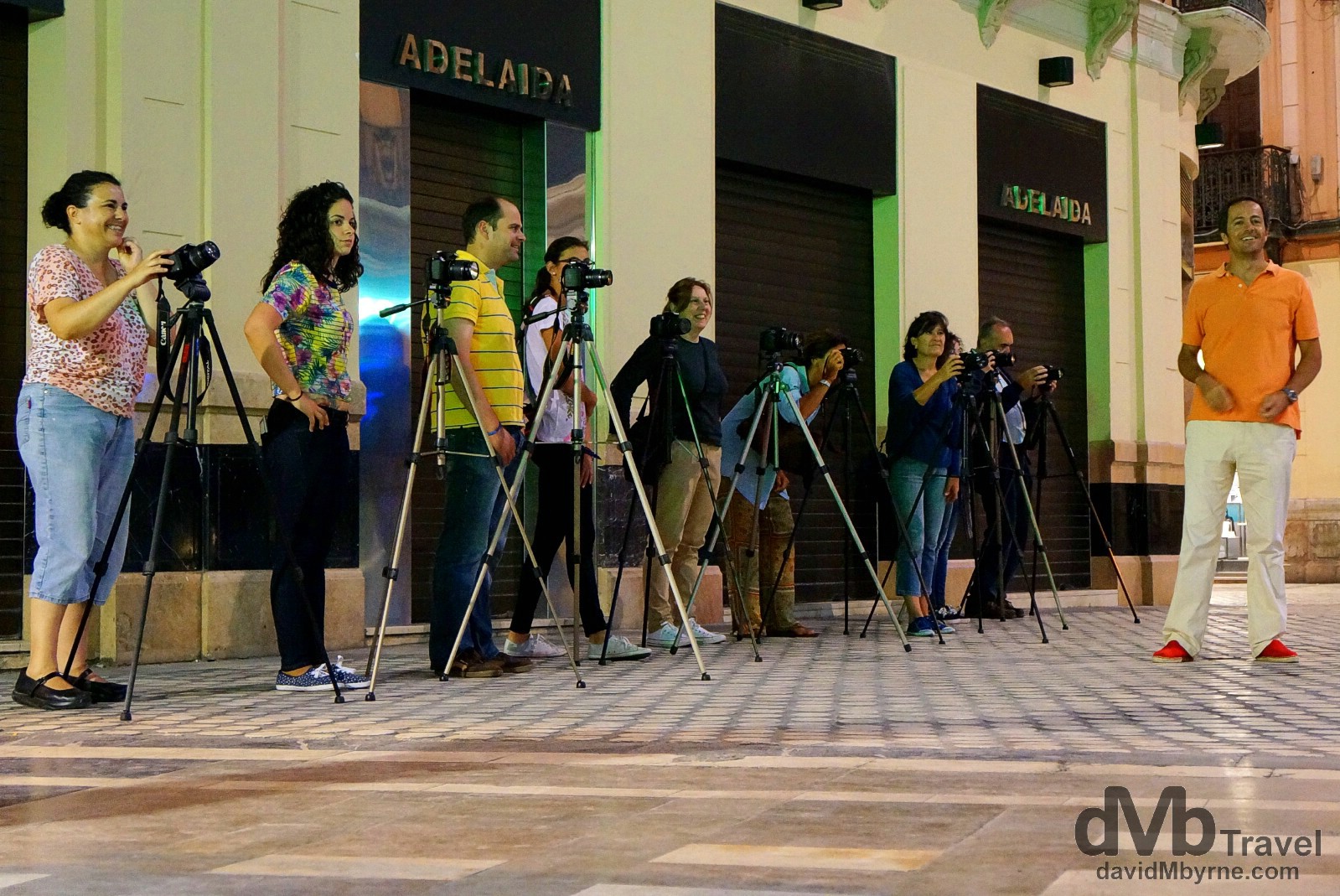 A photo workshop on the streets of Malaga. The historic centre of Malaga isn’t big so I ran into this party a few times tonight as I was nimbly out & about on the streets with just a camera. Malaga, Andalusia, Spain. June 9th, 2014

Heading Inland
It’s time to say goodbye to the coast. Tomorrow I’ll be heading for the hills of the Sierra Nevada, the highest mountain range in continental Spain. I don’t plan on doing much beyond looking at the hills from the town of Granada where I’ll be based for the next three nights, assuming of course one can see the hills from the city. Chances are good if the weather stays the way it has been in Spain thus far.