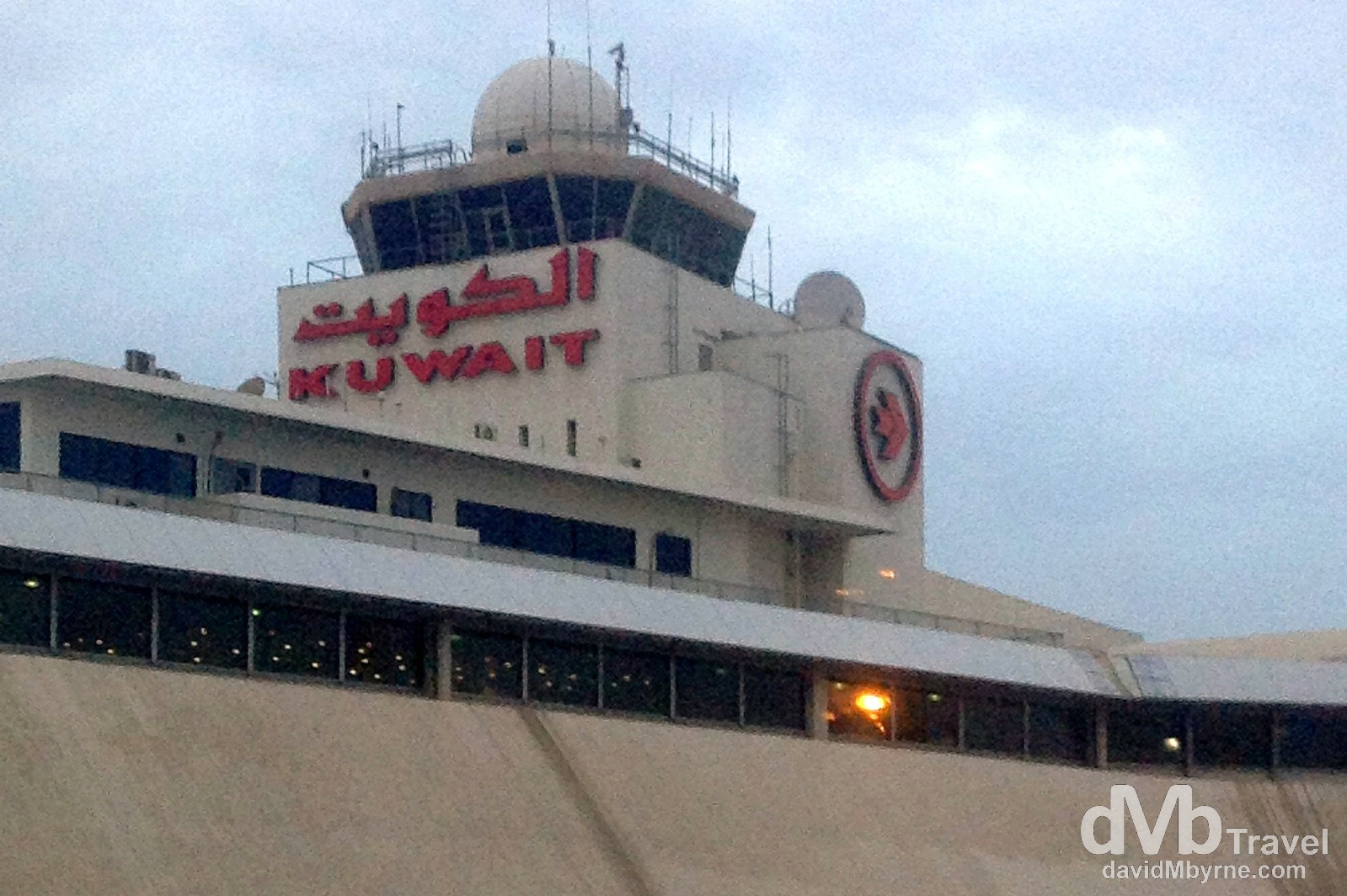 Jazeera Airways. Nope, I’d never heard of them either, not before booking a flight with them a few weeks ago. Based out of Kuwait, seemingly they are the Middle East’s cheap, no-frills carrier (some, Jazeera themselves included, prefer the term low-fares), the region’s Ryanair if you will, an unfortunate comparison & they hardly deserve. For starters they don’t overload your e-mail inbox prior to departure with reminders; they don’t require you to check-in online or remortgage your house if you fail to pre-print your boarding pass; & they have no checked baggage fees. And a good thing too because people in this part of the world don’t travel light – in the line for check-in I was left wondering if I was boarding a cargo plane as opposed to a passenger one. Oh, and they give you food too. Yep, I was treated to two pre-packed chicken tandoori rolls & two pre-packed apple danishes today – two flights (Istanbul-Kuwait & Kuwait-Dubai) equals two treats. So I guess Jazeera Airways are not like Ryanair at all. And that’s good. Or is it?

Kuwait Airport en route from Istanbul, Turkey, to Dubai. I spent about an hour in this terminal, standing in lines & rushing to change planes. I came very close to missing the connecting flight but I’m still thankful I didn’t have more time at my disposal – it’s a bit of a hole to be fair. And the three security guys at the boarding gate almost took from me the duty-free booze I purchased in Istanbul taking in turns, like some badly choreographed act, the opportunity to mutter a reason why – I heard everything from ‘not allowed in Kuwait’ to ‘too much’ & even ‘too strong’, whatever that meant. None of that made any sense to me as I was simply transferring so I stood my ground. They eventually let me keep my dirty cargo and I was on my way, clinking duty-free bag and all the contents of which means I won’t have to pay as much of a sin tax for booze in Dubai and I would otherwise have to. I took this awfully grainy picture with my iPod from the plane as it was pushing back from the gate. Kuwait International Airport, Kuwait. April 11th, 2014

All was good with my new favourite Middle Eastern no-fri… sorry, low-fares airline. But the relationship turned sour once I arrived in Dubai. 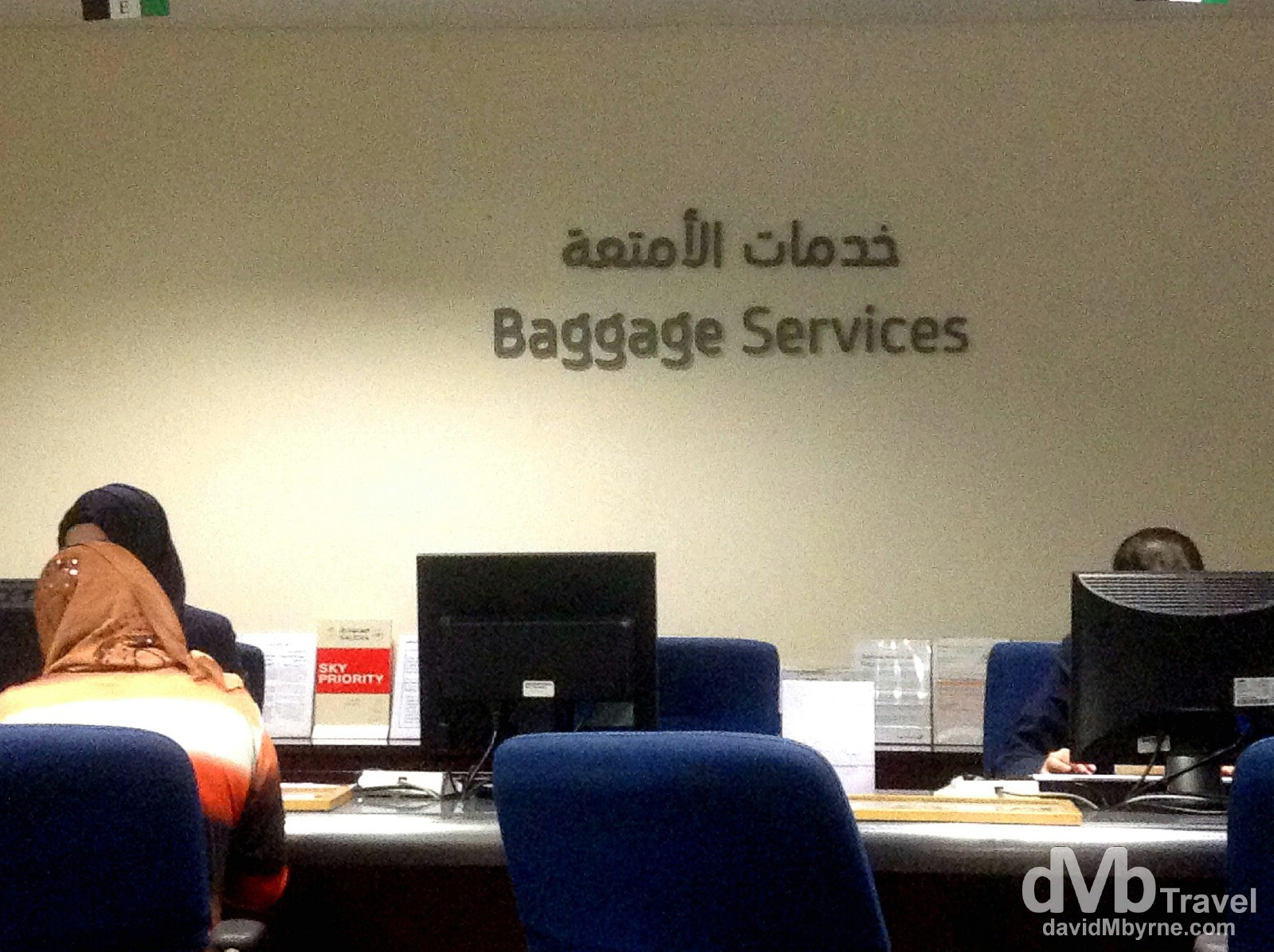 This is where you end up after a flight from Istanbul to Dubai via Kuwait if the baggage team in Kuwait International Airport (& I’m assuming there is such a thing) forget to do their job, the Baggage Services desk in Dubai International Airport, UAE. April 11th, 2014 (iPod Touch)

Yes, my bag is spending the night in Kuwait. Poor thing. I miss it. I bet it misses me too. This was not how the first night of my 5-star return to glitzy Dubai was supposed to go. I’m sitting here in my (very nice) Dubai hotel room with nothing but the sweaty clothes I wore today, my daypack with my electronics & essentials (passport, credit cards etc.) & of course my Istanbul booze (caps still unmolested). The rest of my stuff will be here tomorrow & no-frills/low-fares means I have to go back to the airport to rendezvous with my backpack. Yep they, Jazzera Airways, are not even going to send it to me. I take back all I said about Ryanair. They never left my bag behind. Come to think of it, no airline ever has. First time for everything I guess. Bloody Jazzera Airways.