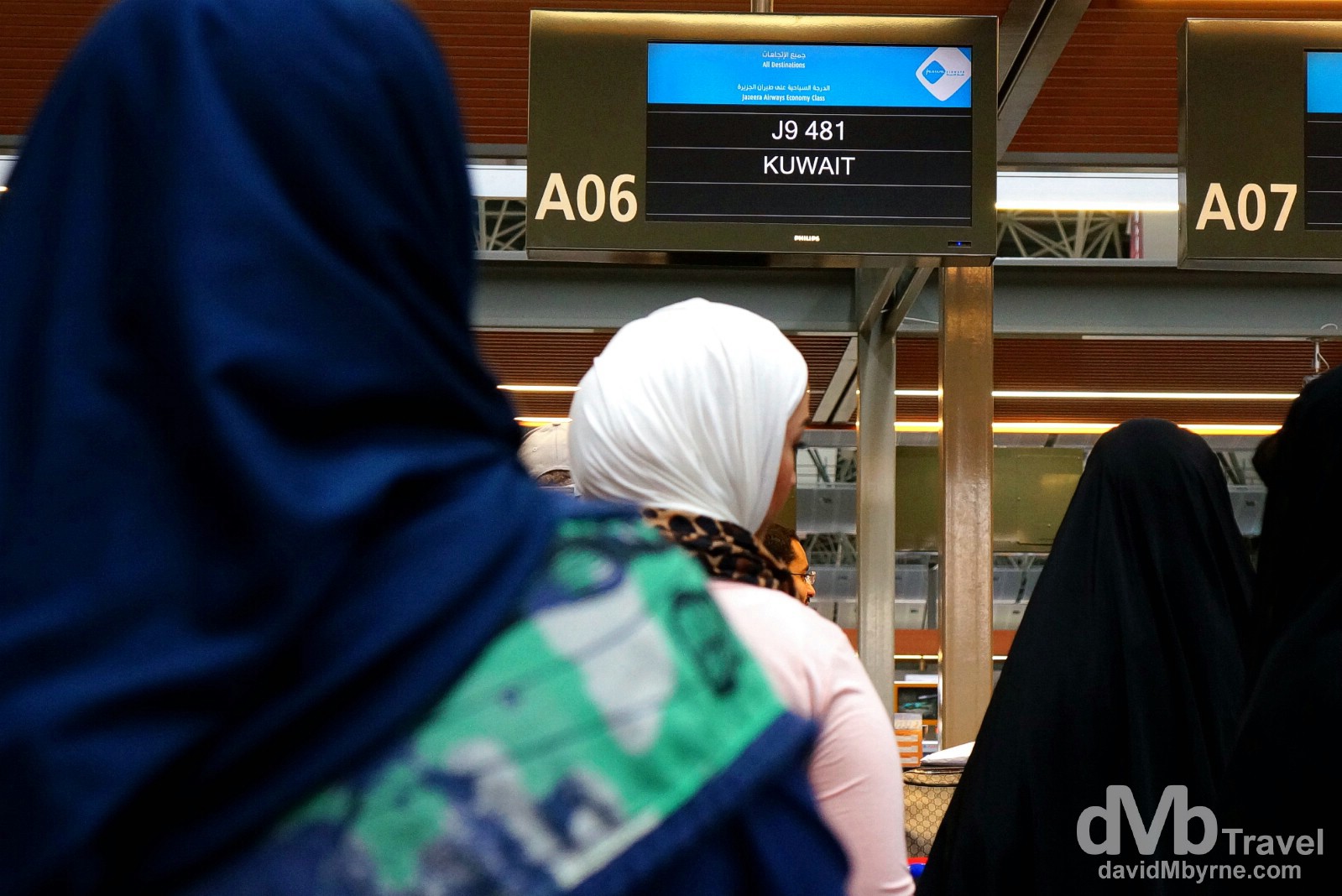 I had to do a double, triple, quadruple take of the departures board here Sabiha Gokcen International Airport, Istanbul, Turkey. I couldn’t see a flight to Dubai anywhere. My flight to Dubai. I got that sinking feeling. I was worried but only long enough to assure myself that there had to be an explanation. And there was. I was going via Kuwait.

Country Counters
OK. A stop-off in Kuwait. Needs must, so long as I get to Dubai. And no, I won’t be removing Kuwait from the bucket list just yet; I’m not one of those annoying country counters who would class a 1-hour layover in an airport as sufficient reason to annoy with the ‘yep, been there, have you?’ line. Just for the record, I hate country counters. Those travel sites that want to tell you how many countries the author has visited. They annoy me. They are the online version of the person you see on the road carrying a backpack peppered with little flags from each country they have visited, an outward display of how travelled they are compared to the rest of us. And that’s what irks me the most – by the very virtue of displaying means those kinds of travellers are the kind who class travel as more of a competition than an adventure or experience. And that annoys me. The Prophet Mohammed once said

I don’t think Mohammed was fishing for a country count.