I flew Thai Airways from Seoul, South Korea, to Hong Kong, my present location & where I’ve passed the last few days. The 3-and-a-half hour flight was comfortable, although I was confused over the cabin crew uniforms; they were all different. A strange observation I know. It was my first time flying Thai but my second time in Hong Kong. I’m here en route to northern Vietnam, somewhere I’m hoping to get to overland. Hong Kong part II has been fun. It has been a totally different kind of visit from my first trip last year. Back then I was a full-on camera toting tourist, this time more of a reveller – I’ve spent a lot of time in Lan Kwai Fong, the city’s primary nighttime party district. But Hong Kong this time wasn’t all late nights & even later mornings. While most of it was familiar – the drips of water from the overhead air-conditioning units, the rush of people, the incessant offers on every street corner for a fake Rolex or tailored suit – I did manage to be a tourist for a few hours at least and see something new. Something new & big. 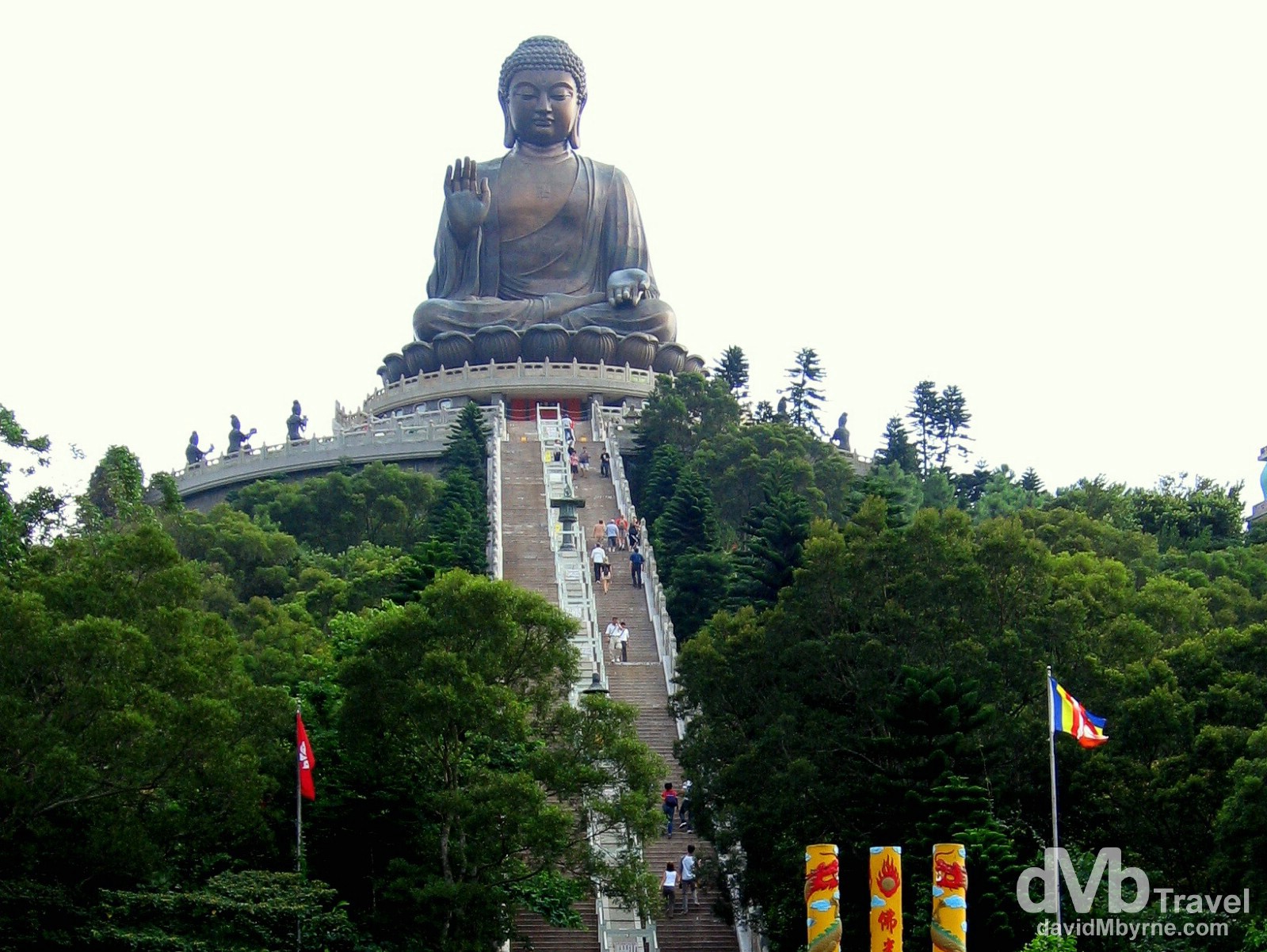 This is the Tian Tan Buddha, more commonly known as The Big Buddha. He’s found on Lantau Island, the largest of the islands that form part of Hong Kong’s New Territories. The 34 metre high, 200 tonne statue, depicting a Buddha Amoghasiddhi, was constructed over a three year period from 1990 to 1993 out of over 200 pieces of bronze. He is part of the nearby Po Lin Monastery, Hong Kong’s largest temple complex & a major centre of Buddhism in the territory, and is said to be the world’s largest outdoor seating Buddha (because there are loads of those). To access the base of the Buddha one must tackle a flight of 240 steps, not an easy thing to do with a hangover. The Big Buddha of the Po Lin Monastery, Lantau Island (

The Tian Tan Buddha appears serene and dignified. His right hand is raised, representing the removal of affliction, while his left hand rests on his lap in a gesture of giving dhana. The Buddha faces north which is unique among the great Buddha statues as all others face south. Tian Tan Buddha, Lantau Island, Hong Kong, China. August 27, 2005. 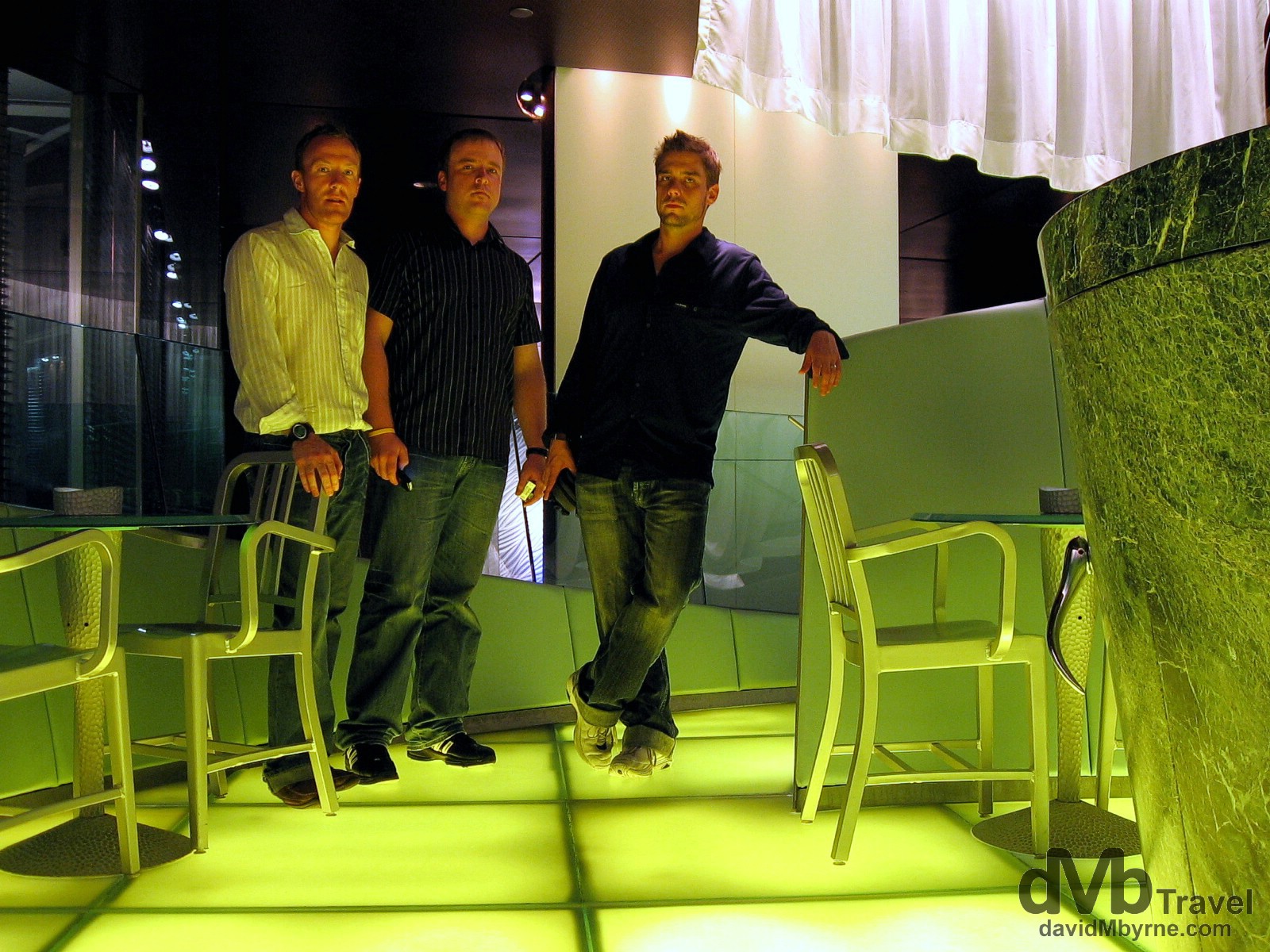 Myself with Gareth, a friend & Hong Kong resident (centre), & Cal, my travel partner on this trip (right), in the hip Felix Bar on the top floor of the Peninsula Hotel, regularly voted the best hotel in Hong Kong. The Felix Bar, Peninsula Hotel, Kowloon, Hong Kong (