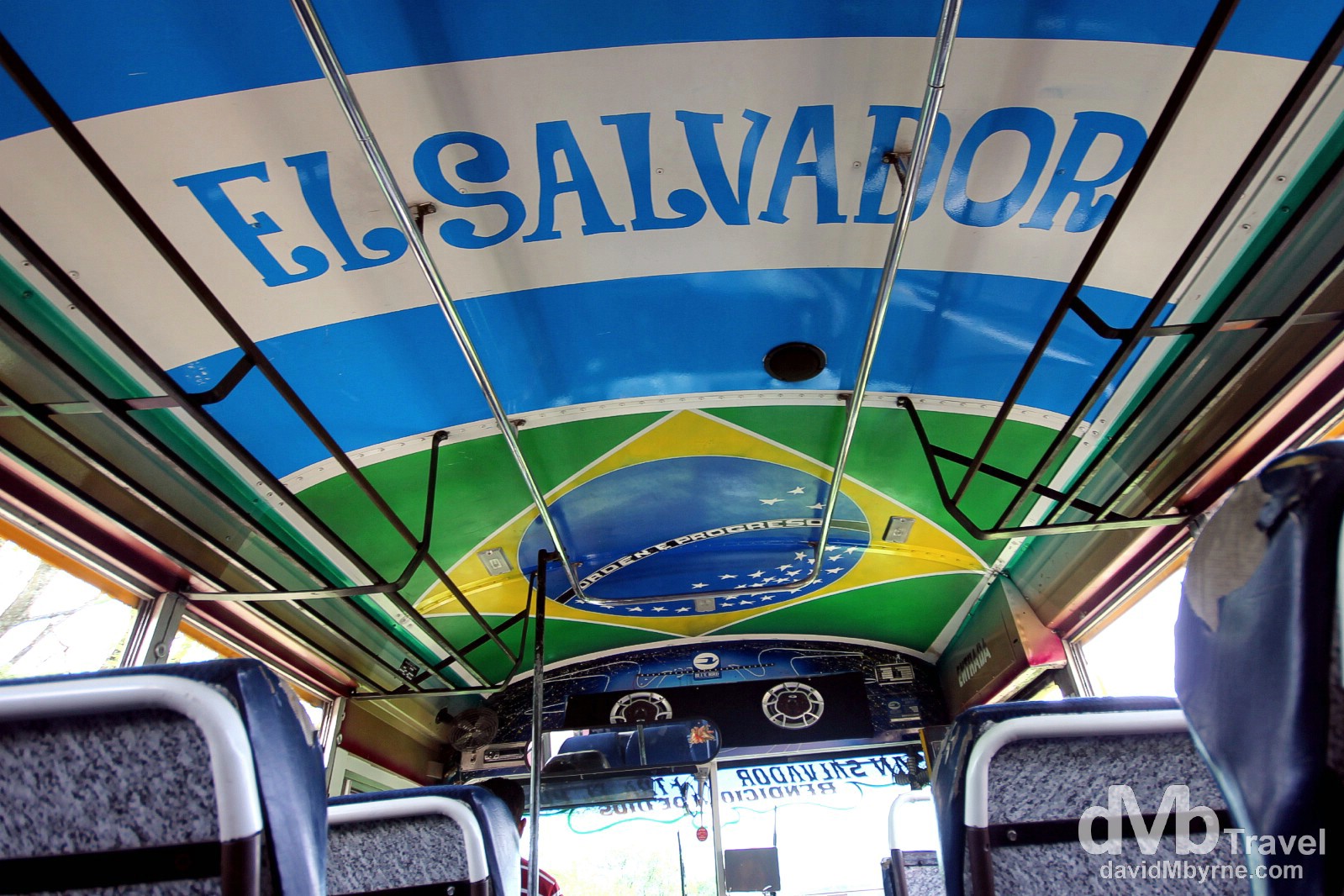 I like travelling when I’m travelling but even so, today was a long, long day of Central American cross-border (chicken) bus travel. It’s 11 p.m. on June 5, 2013, & I’m in a city called Santa Rosa de Copan, the largest city in western Honduras and my first stop in Central American country number 4. Having left Suchitoto, El Salvador, early enough this morning (or so I thought), I was aiming to get to Copan Ruinas, my intended first stop in Honduras. But I fell short (& then some), getting only as far as here to Santa Rosa de Copan instead. I’ll continue the journey tomorrow.

I captured a few digital memories on the various bus journeys today – I’d plenty of time, and motivation, to do so. 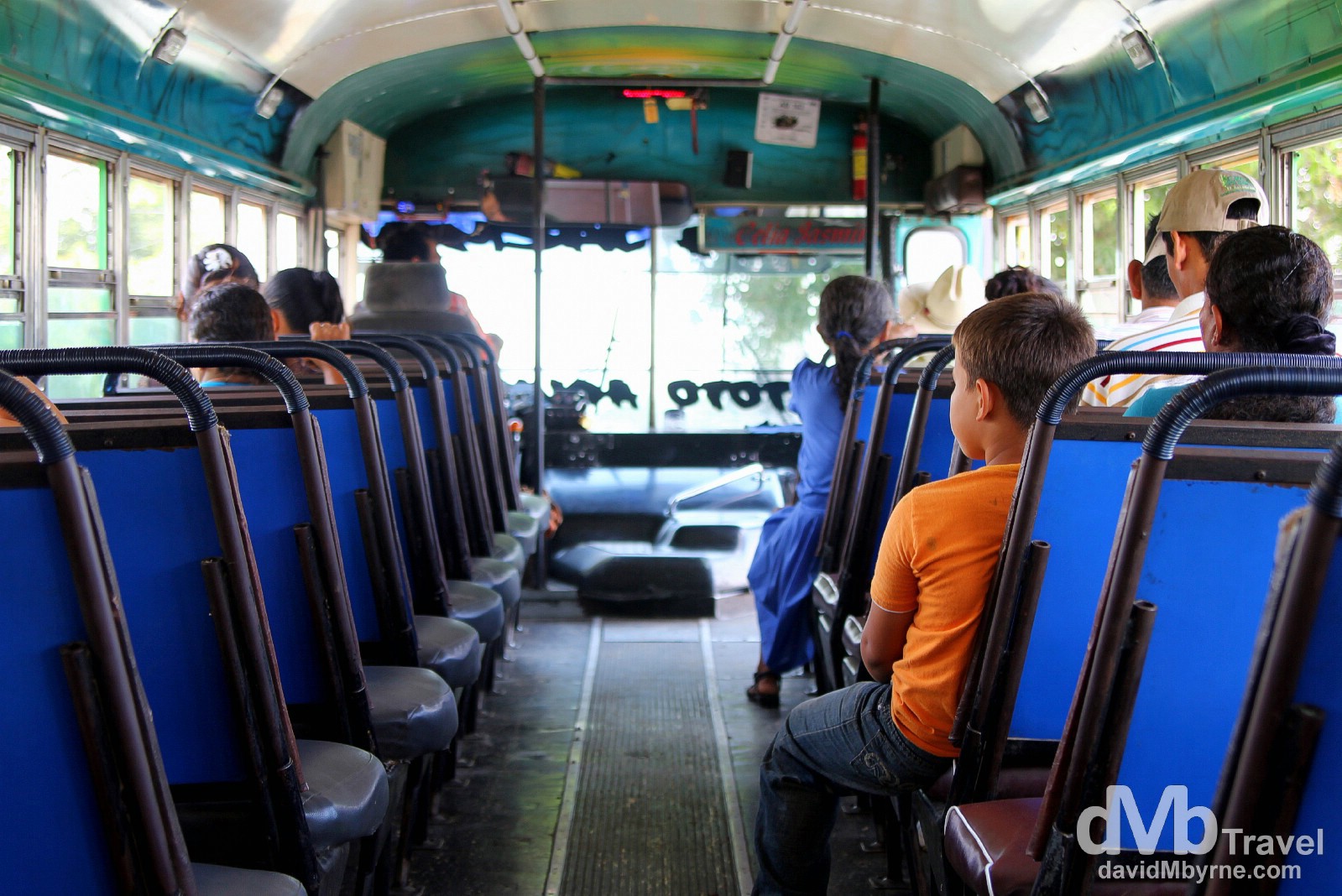 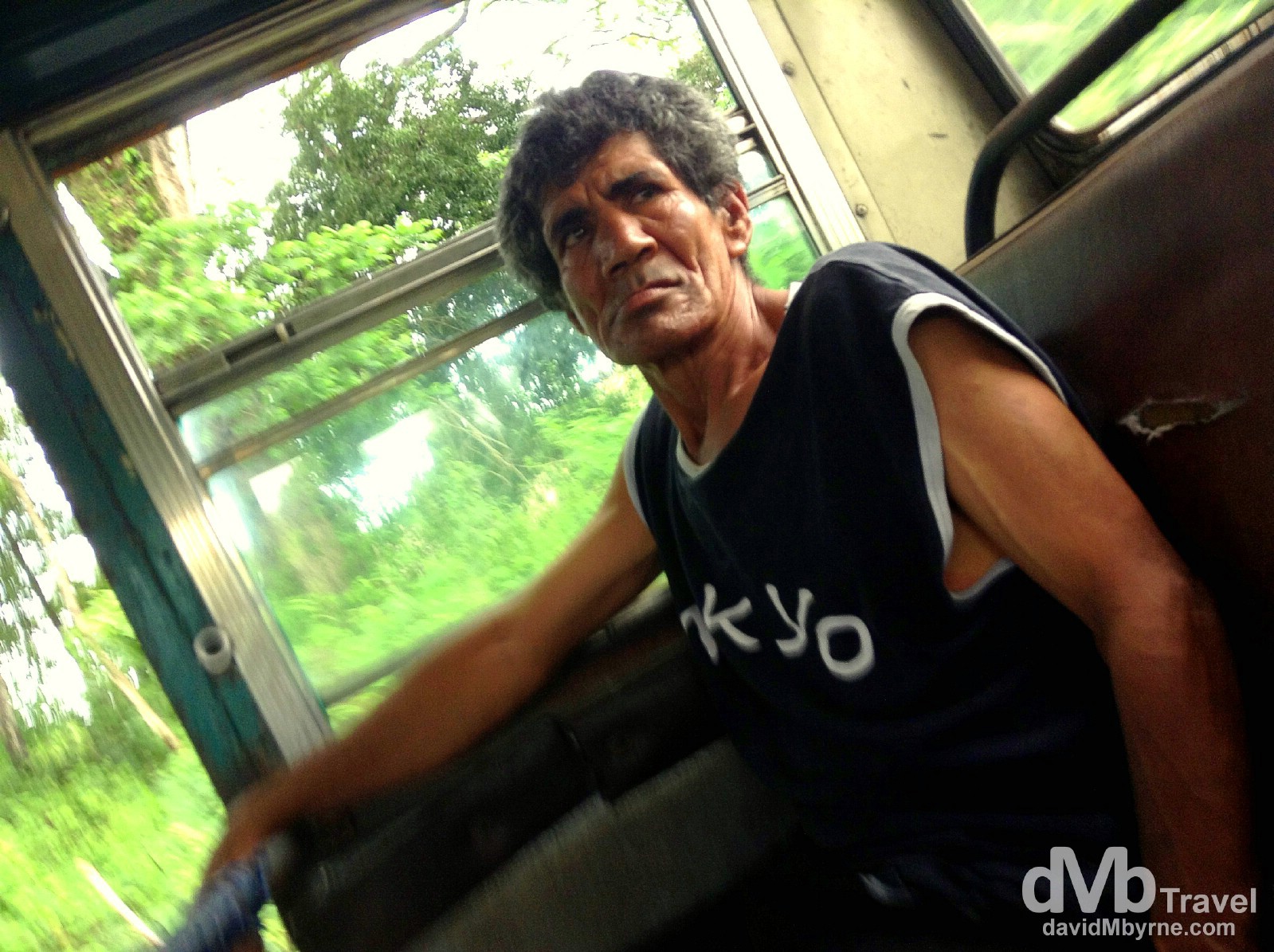 Video || Chicken Bus Vendors
A video of selling on the bus from Las Aguilares to El Poy, the border town with Honduras. This is a common scene on all Central American buses. Vendors get on at most stops, passing down through the bus and jumping out as it pulls off again (the bus was stationary when I captured this video). I like to sit at the back of the bus as it gives me a birds-eye view of all the action. On this particular bus a local had gotten on with a kids playpen (right in front of me). Earlier in the journey another passenger had managed to get on with a gas BBQ. Both items caused some manoeuvrability problems for the vendors but nothing they clearly hadn’t dealt with before.

The last shot from El Salvador just before I walked across the border into Honduras. The inside of the bus featured in the above video at El Poy, the El Salvadorian border town with Honduras. El Poy, northern El Salvador, Central America. June 5th 2013.