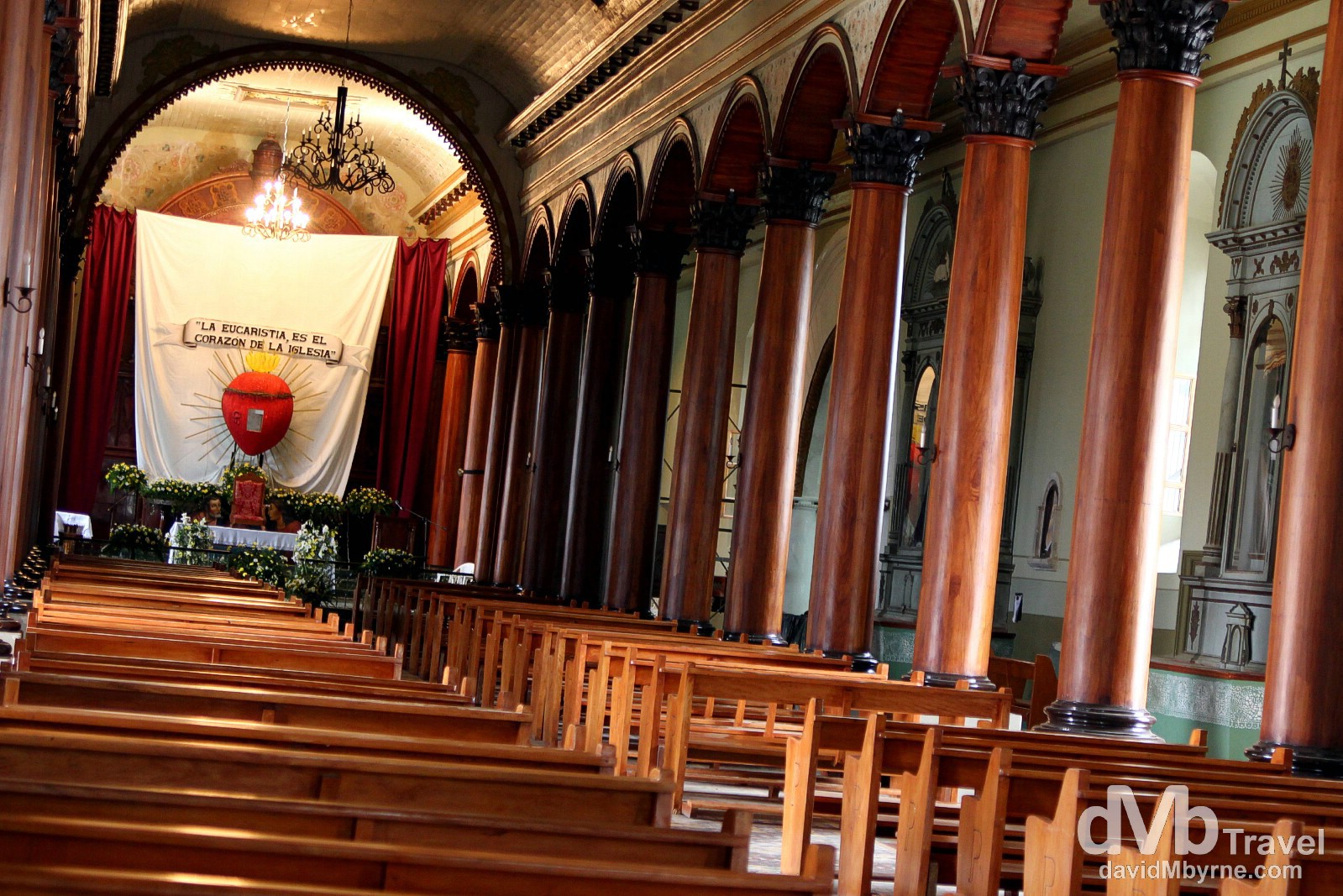 “Very beautiful,” he exclaimed, proud of his utterance of (understandable) English. Either that or he was proud of Suchitoto itself (quite possible). It does seem to hold a special place in hearts of El Salvadorians.

Suchitoto
Suchitoto (pronounced ‘such-i-toe-toe‘) is a quaint little village with dainty cobbled streets lined by beautiful old pastel-coloured buildings. A former colonial capital that pre-dates Columbian times, today as the cultural capital of the country it is firmly dedicated to the promotion of arts & thus boasts a burgeoning arts scene. Walking around the village you’d be forgiven for thinking that here in this little corner of El Salvador time has stood still. It’s that kind of place. It’s quiet. Very quiet. But it obviously attracts quite a few of my ilk (the tourist) if the myriad of guest houses, English-menu restaurants & English-language placards on Suchitoto history found in the Central Plaza – overlooked, of course, by the impressive whitewashed church – are any indication. That’s my guess but I’m at a loss as to where all those tourists are now. Regardless, Suchitoto is indeed ‘very beautiful’ and it’s very beautiful without doing anything out of the Central American ordinary.

Iglesia Santa Lucia is the definitive attraction in the village of Suchitoto. The church, built in 1853, was one of the first post-colonial churches erected in El Salvador with it’s south chapel having been consecrated to the Sacred Heart in 1902. I haven’t taken many pictures inside El Salvadorian churches – I haven’t really visited many of them as the wearing of shorts is frowned upon. I did have shorts on this day but entered the Santa Lucia church regardless. I loved its gorgeous wooden interior. Iglesia Santa Lucia, Suchitoto ( 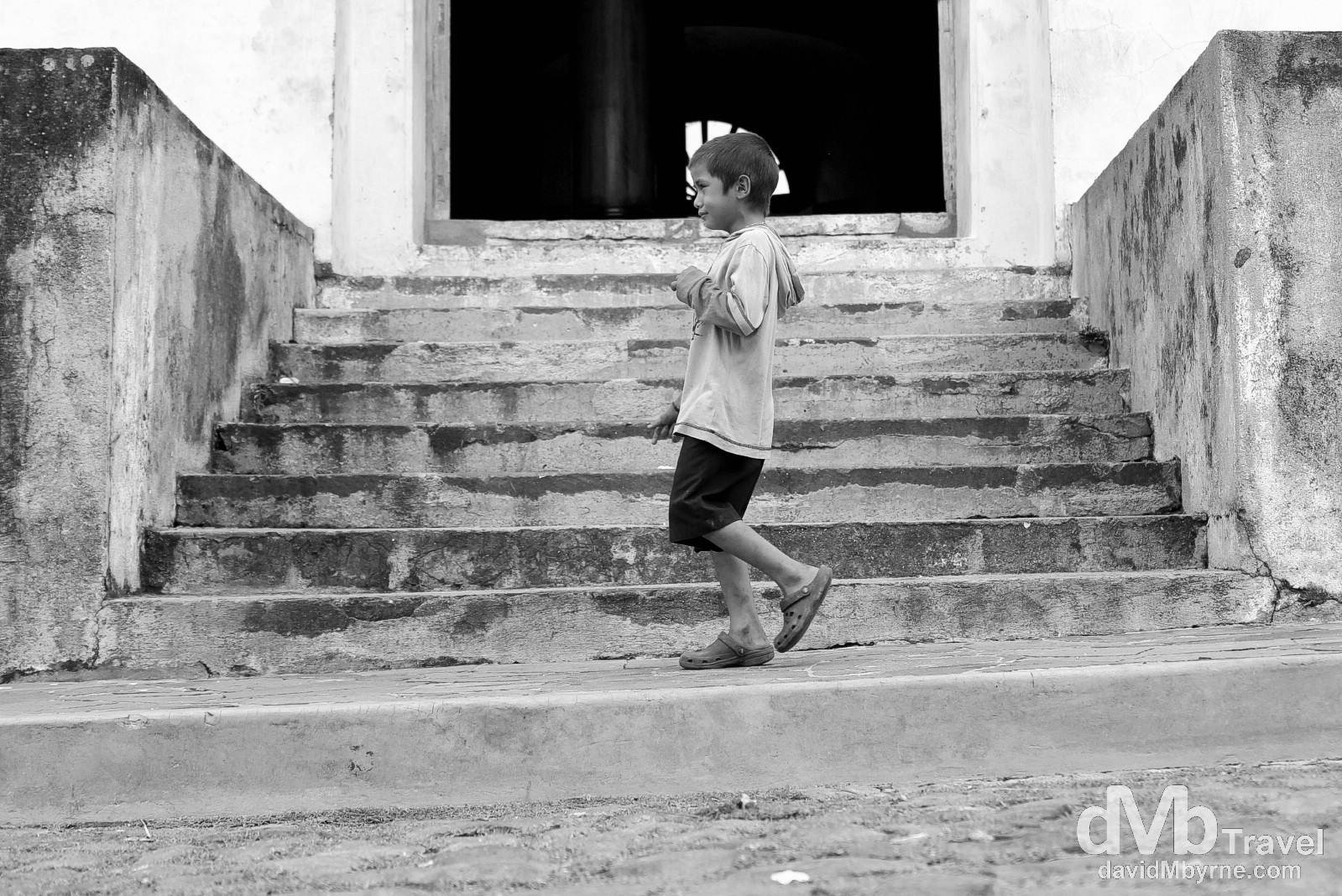 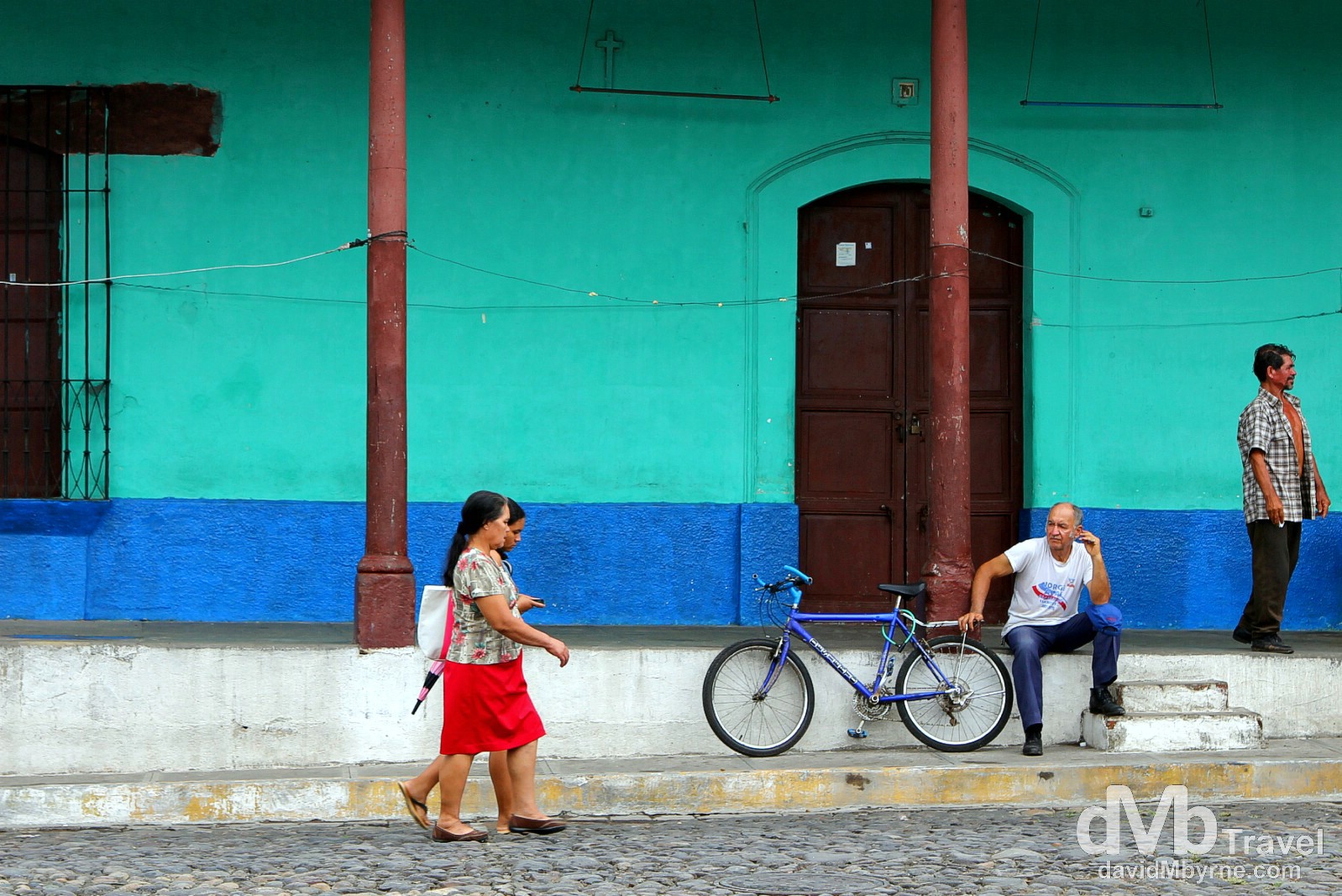 It has all of the Central American reliables – cobblestone streets lined by pastel coloured walls & the central plaza with the whitewashed church. It’s just does it all a little bit better (& prettier) than most. Suchitoto, El Salvador. June 4th 2013. 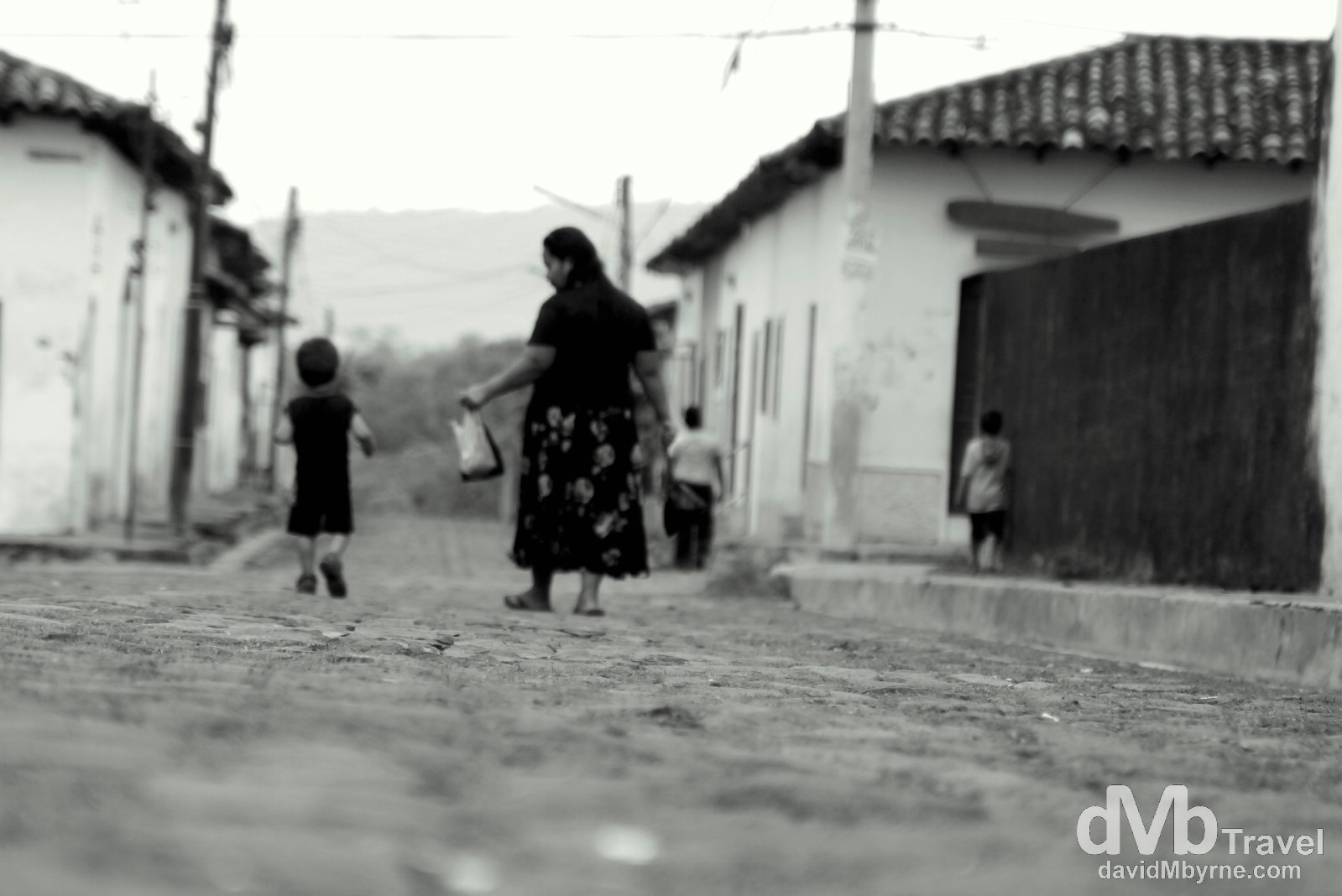 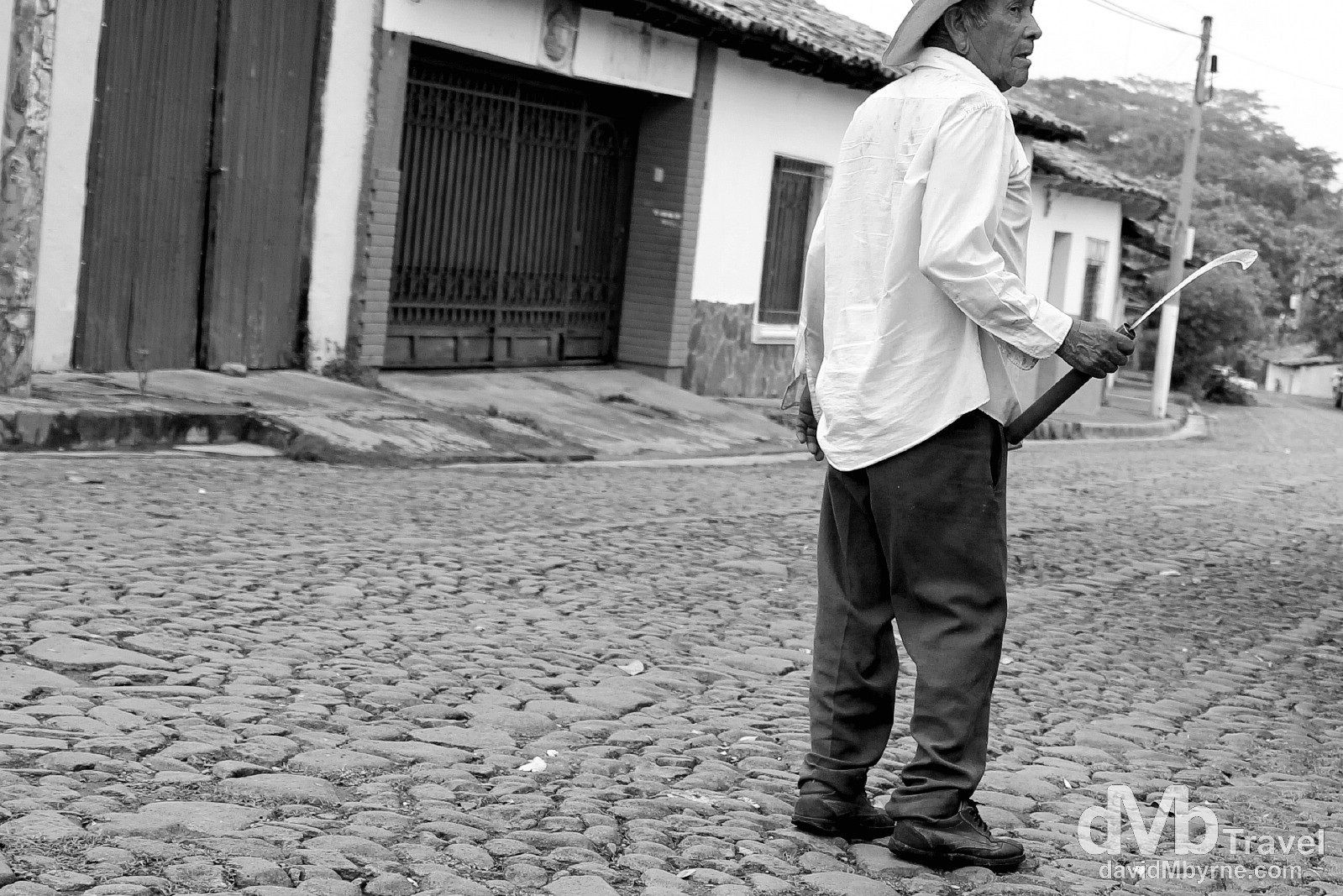 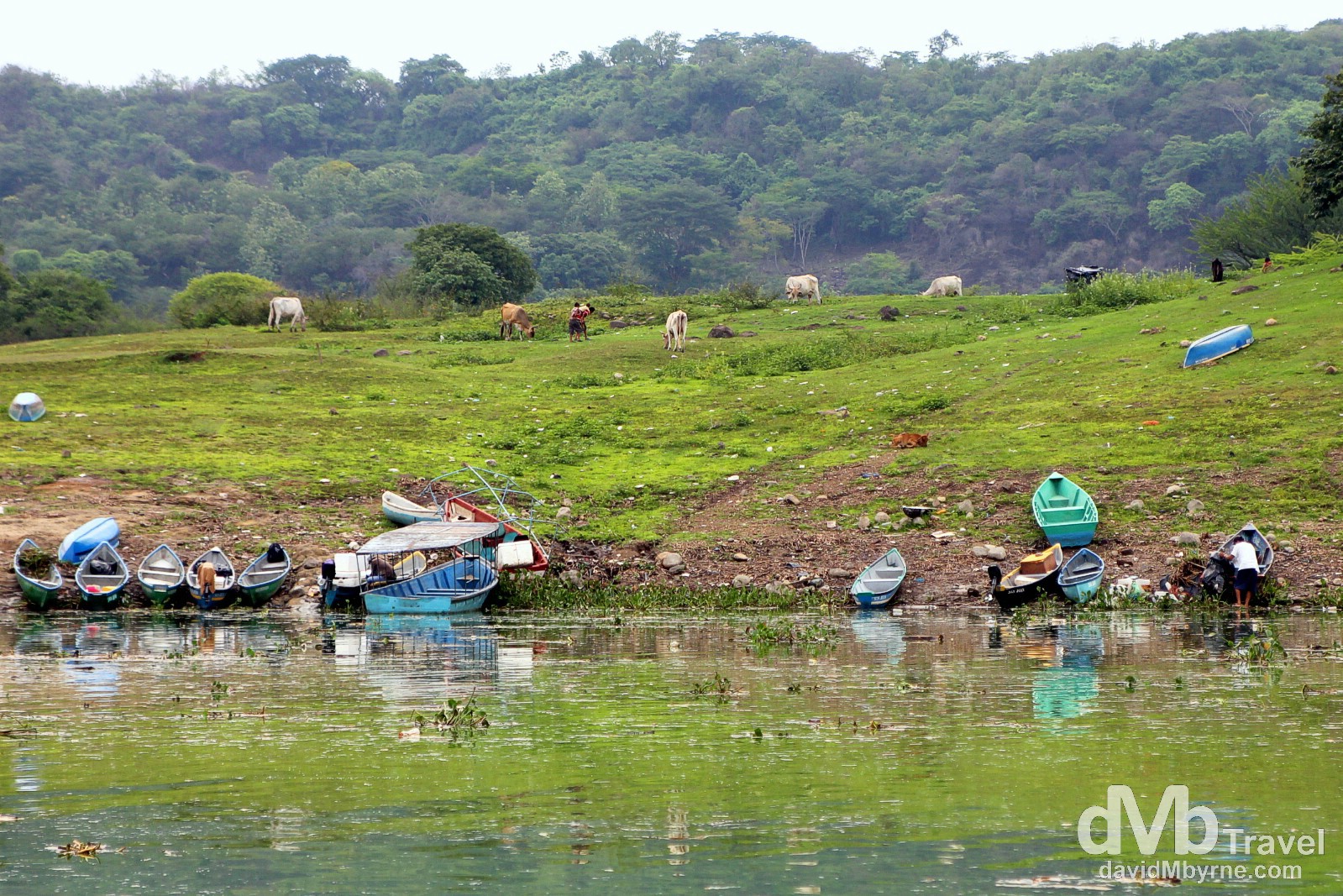 Suchitoto overlooks Lago Suchitlan (which is actually a reservoir), a popular boating & bird watching spot. I did the 1-hour round trip walk to here from the village plaza, sweating as I went – hills are steep and having come down from the highlands in western El Salvador I was feeling the heat again. Lago Suchitlan, Suchitoto, El Salvador. June 4th 2013.

Honduras Bound
For all Suchitoto’s charms, I’m hankering for something different. After a while, and after moving from one pretty colonial town to another, things – cobblestone streets, plazas & churches, all hemmed in by pastel-coloured walls – get repetitive & it’s easy to dismiss the idyllic surroundings they provide. So tonight will be my last night in El Salvador & Suchitoto will be my last port of call in Central America’s smallest country. Tomorrow I’ll be moving on & continuing north towards the border with Honduras. Maybe it – Honduras – will throw up something different. I guess I’ll have to wait and see.