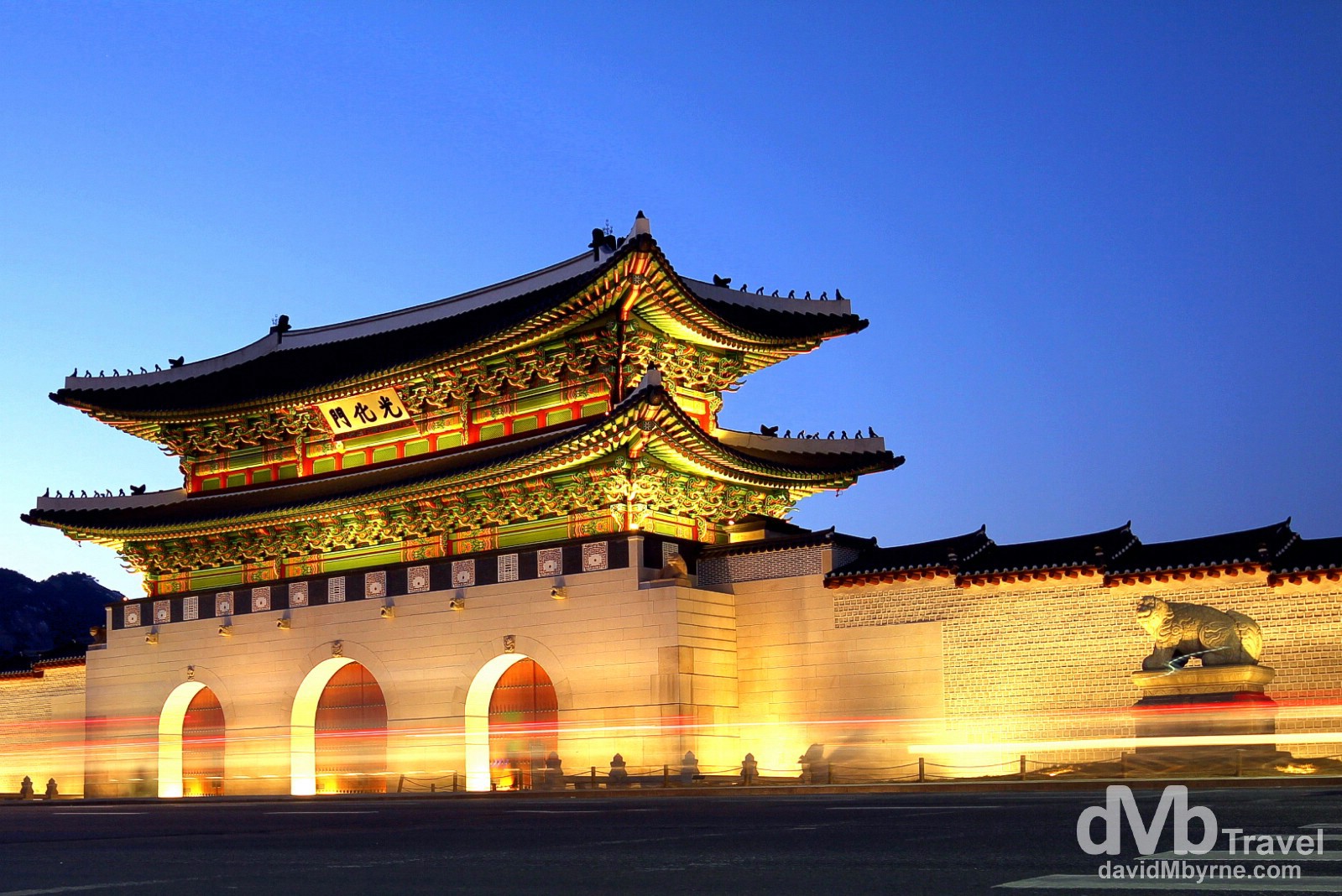 Gwanghwamun is the main and largest gate of Gyeongbokgung Palace, the largest & most important of the Five Grand Palaces of the  Korean Joseon Dynasty (1392-1897). The gate, marking the southern entrance to the palace grounds, is located at the top of Sejongno, one of the busiest & most symbolic streets in the South Korean capital of Seoul.

Gwanghwamun is a Seoul landmark and a symbol of Seoul’s long history. It has gone through multiple periods of destruction and disrepair: it was first built in 1395; destroyed during a Japanese invasion in 1592; reconstructed again, along with the palace itself, in 1867; it was moved from it’s present location in 1926 by the Japanese (the Japanese occupied Korea from 1910-1945); destroyed again during the Korean War; rebuilt again in 1963; & underwent a complete almost-4-year renovation before being unveiled in its present glory on August 15th 2010, Korean Independence Day (from the Japanese, of course).