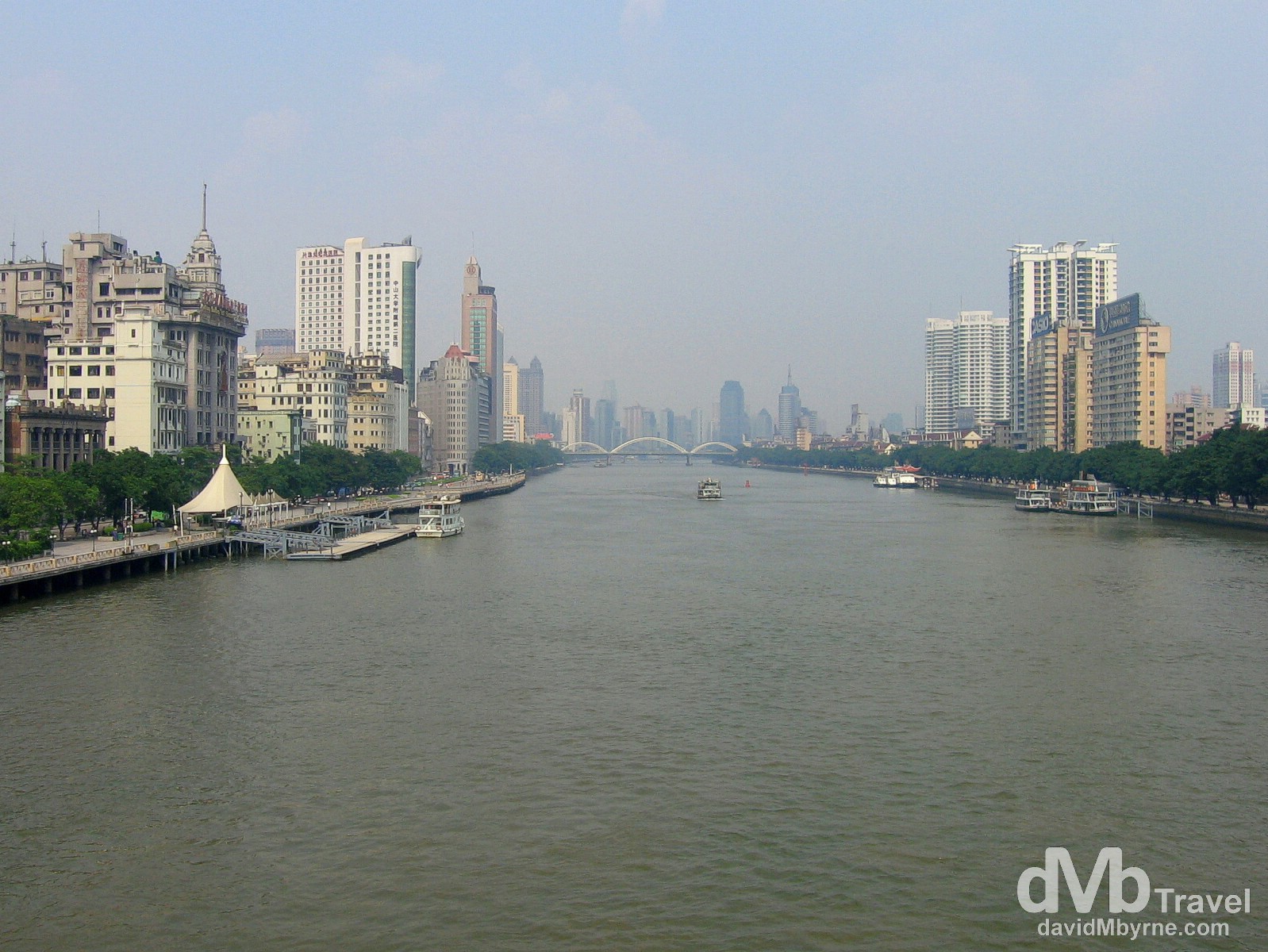 It’s always weird crossing the ‘border’ from Macau to mainland China. It’s an actual border, separating China from China. And it – the border crossing – is a more impressive sight then it was 12 months ago. Yes, the Chinese have been busy of late, busy building an impressive boarder control building. It’s nice but, and in typical Chinese style, is way bigger than it needs to be.

Anyway, I’m here in Guangzhou en route to Vietnam. As I’m going overland I would have had to pass through the city anyway, just like I did last year en route north to Guilin & Yangshou. However, this time I was forced to hang around for a few days while I applied for a Vietnamese visa at Guangzhou’s Vietnamese consulate, having failed in my attempts to get the visa in Hong Kong. Politics. Damn politics.

Guangzhou, popularly known in the west as Canton, is the largest city in southern China. Like any Chinese city, it’s big, busy, polluted, over populated and confusing. Given a second chance (I guess I never really gave it a first when passing through last year) I really liked the city. It has a brand new subway system that I’m sure is the envy of all large Chinese cities. This is a picture of the city and the Pearl River, cruises on which are the most popular tourist activity in the city. Guangzhou, Guangdong Province, Southern China. August 31, 2005.