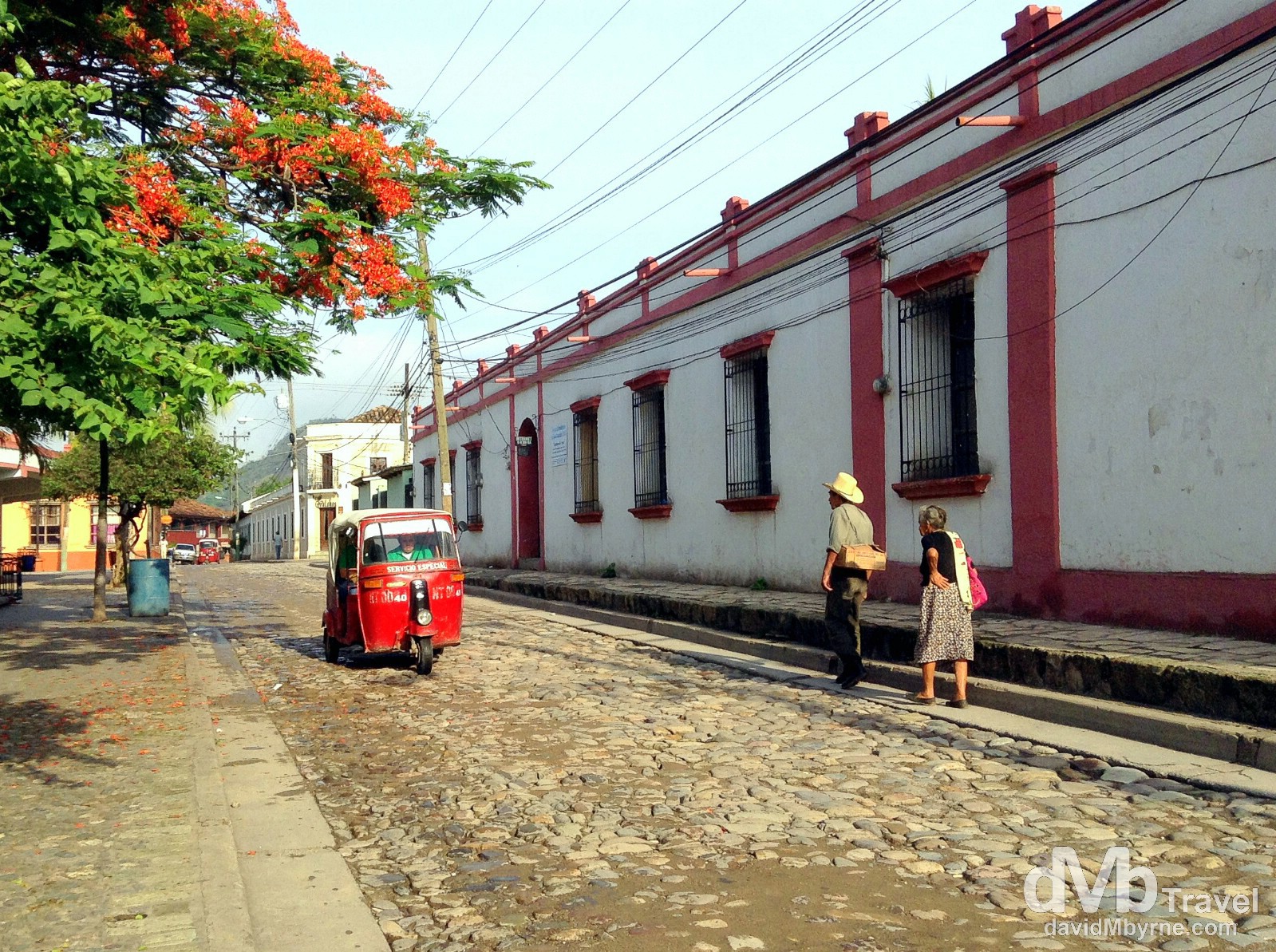 I, & as most travellers to the Copan Mayan site do, based myself for 2 nights in the charming, hilly, colonial village of Copan Ruinas, a short walk from the Copan Architectural Site. I didn’t take many pictures (emm, none actually) of the town’s picturesque cobblestone streets lined with colonial buildings; I didn’t take any pictures of the leafy central plaza; I didn’t even point my iPod, never mind my SLR, at the centuries-old whitewashed church. But then this morning, departure day, rolled around & as I was leaving town I felt a pang of photography guilt. Yes, guilt. And I had to act upon it. So at 6:30 a.m., & when weighed down with bags, I stumbled around with my iPod taking a few consolation shots before getting on the bus for the start of what I expected to be another long day of Honduran bus travel. Destination? An island, one of the Honduran Bay Islands, called Utila in the Caribbean Sea off the Honduran coast. Maybe I’ll take my camera out for a walkabout or two when I get there. 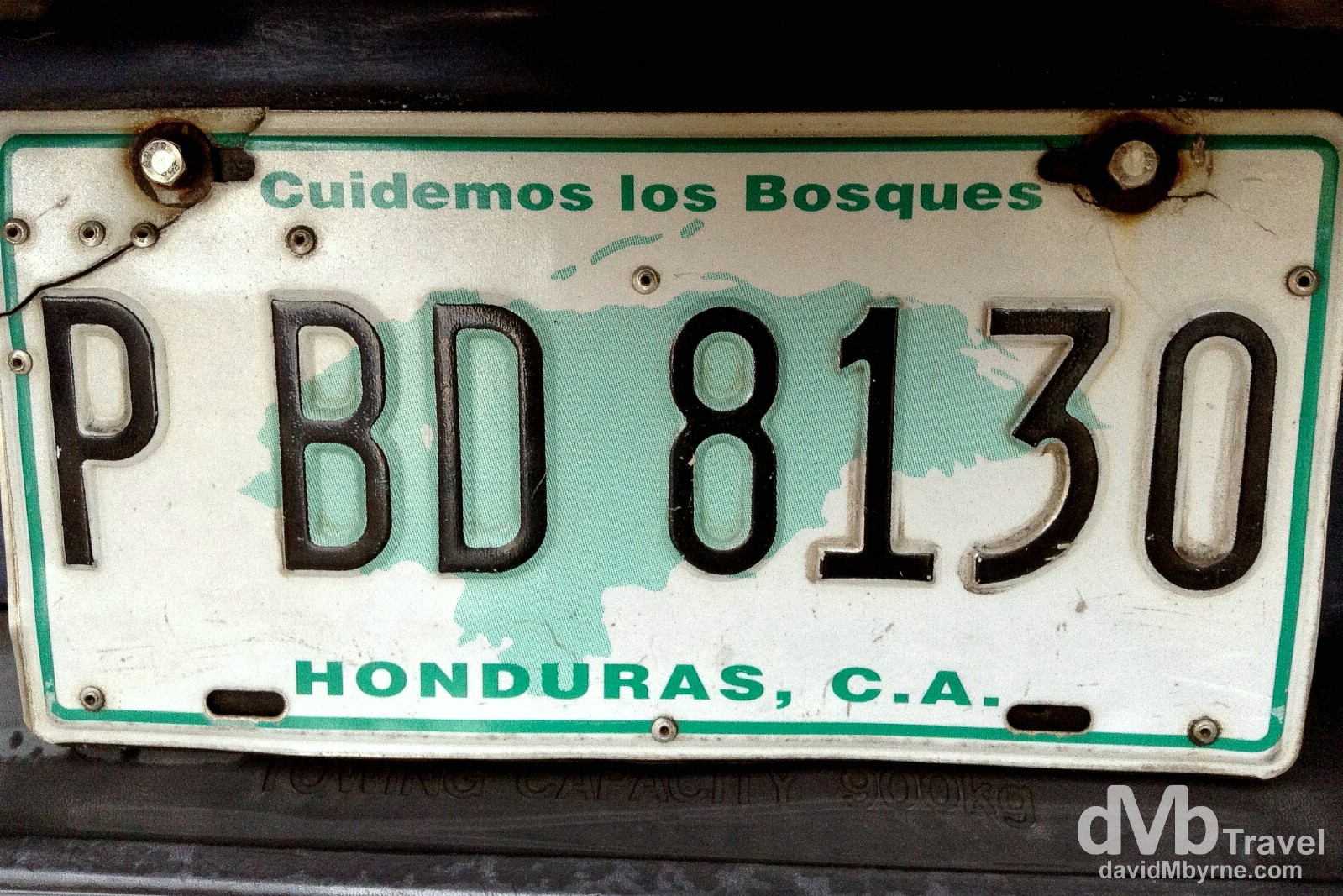