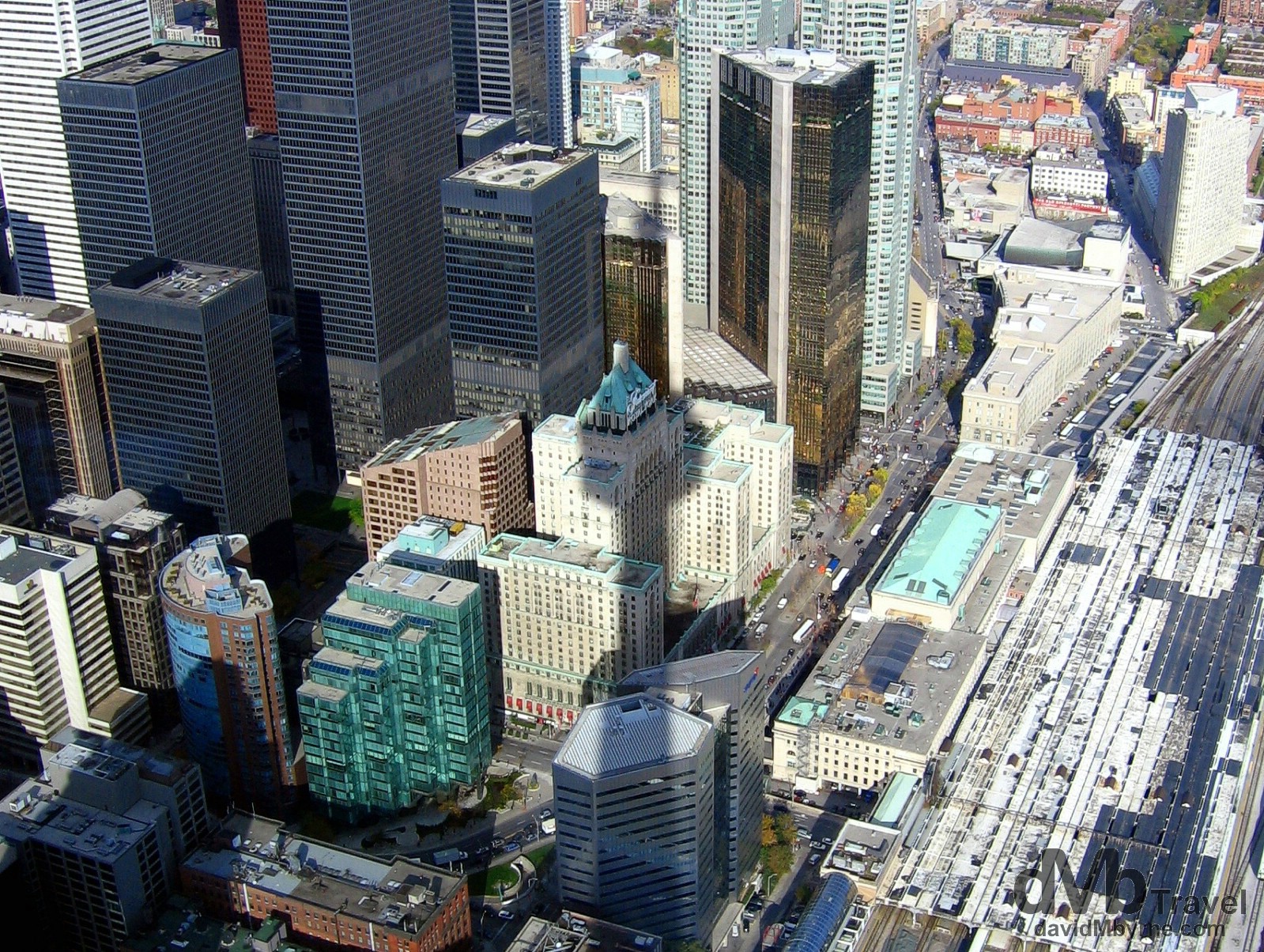 I had in the past pointed a camera up from street level at the iconic CN Tower in downtown Toronto, Ontario, Canada. But today I went one better, pointing my camera down over Toronto from the CN Tower’s ingeniously named LookOut viewing deck.

All roads in Toronto lead, and all eyes point, to the city’s iconic CN Tower. Easily Toronto’s most famous sight, the 553-metre concrete communications and observation tower was once the highest freestanding structure in the world but is now only the tallest freestanding structure in the Western Hemisphere, a.k.a. the Americas (UPDATE || As of 2014, the tower is now languishing at number 6 on the list of world’s tallest with the Burj Khalifa in Dubai, UAE, at number one). Completed in 1976 and declared in 1995 as one of the Modern Seven Wonders of the World by the American Society of Civil Engineers, its primary function is radio and TV communications, although it’s also quite adept at relieving tourists of as much money as possible – some 2 million visit it yearly. It has all the tower reliables – expensive tourist tat shops, revolving restaurant & a 346-metre high observation deck, LookOut, which on a good day offers views for about 160 kilometres. This is a picture I captured today of the CN Tower casting a shadow over the buildings of downtown Toronto. It was captured shortly after arriving at the LookOut level off the 58-second elevator ride from street level. LookOut level of the CN Tower ( 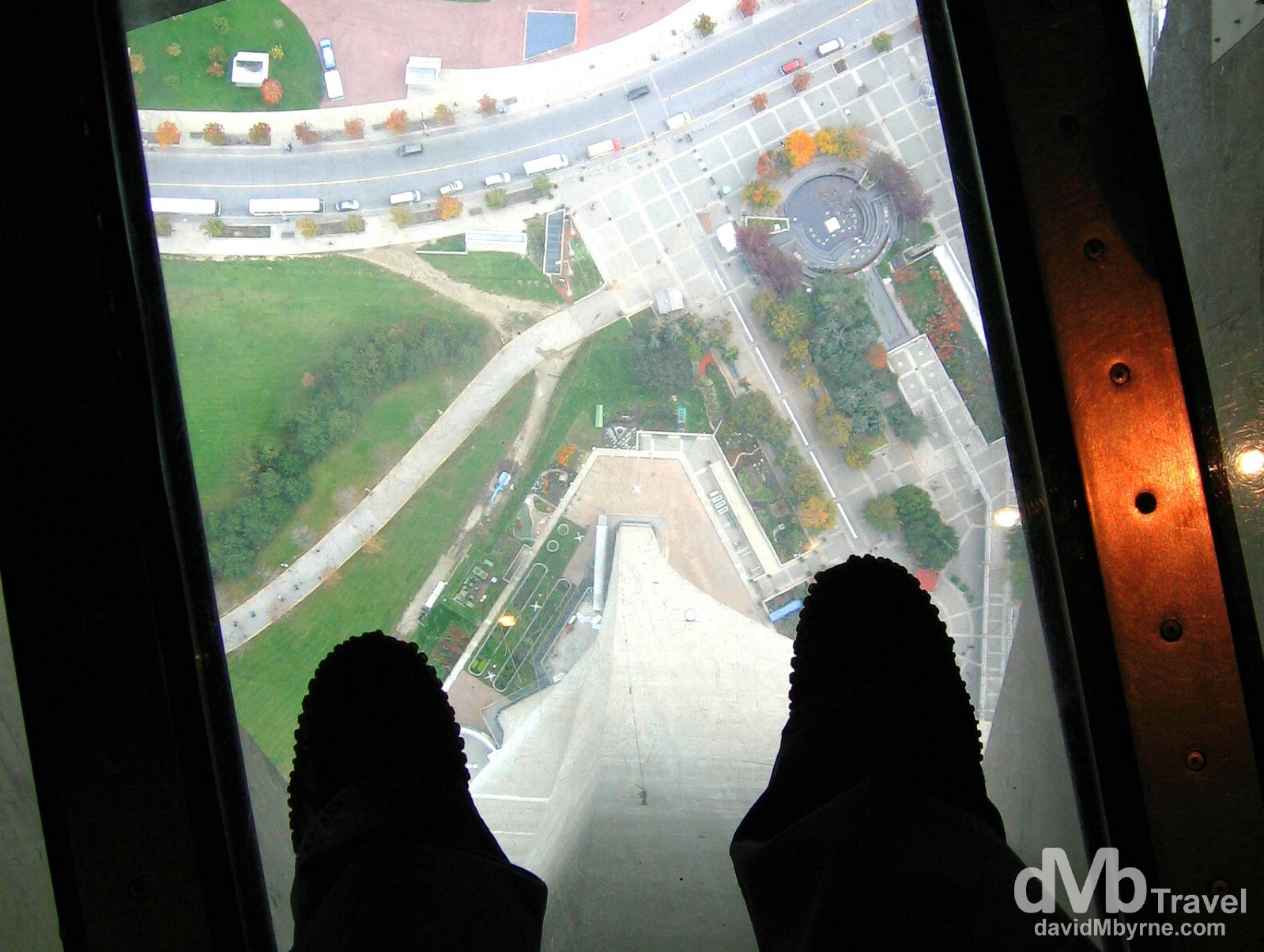 Looking down to street level from 342 metes up on the glass floor of the CN Tower’s LookOut level. The floor is 256 ft² of 2½” solid glass that is (supposedly) five times stronger than the required weight bearing standard for commercial floors. Safe as houses but still not a place for vertigo suffers. Standing on the glass floor of the viewing deck of the CN Tower in Toronto, Ontario, Canada. October 10, 2006.