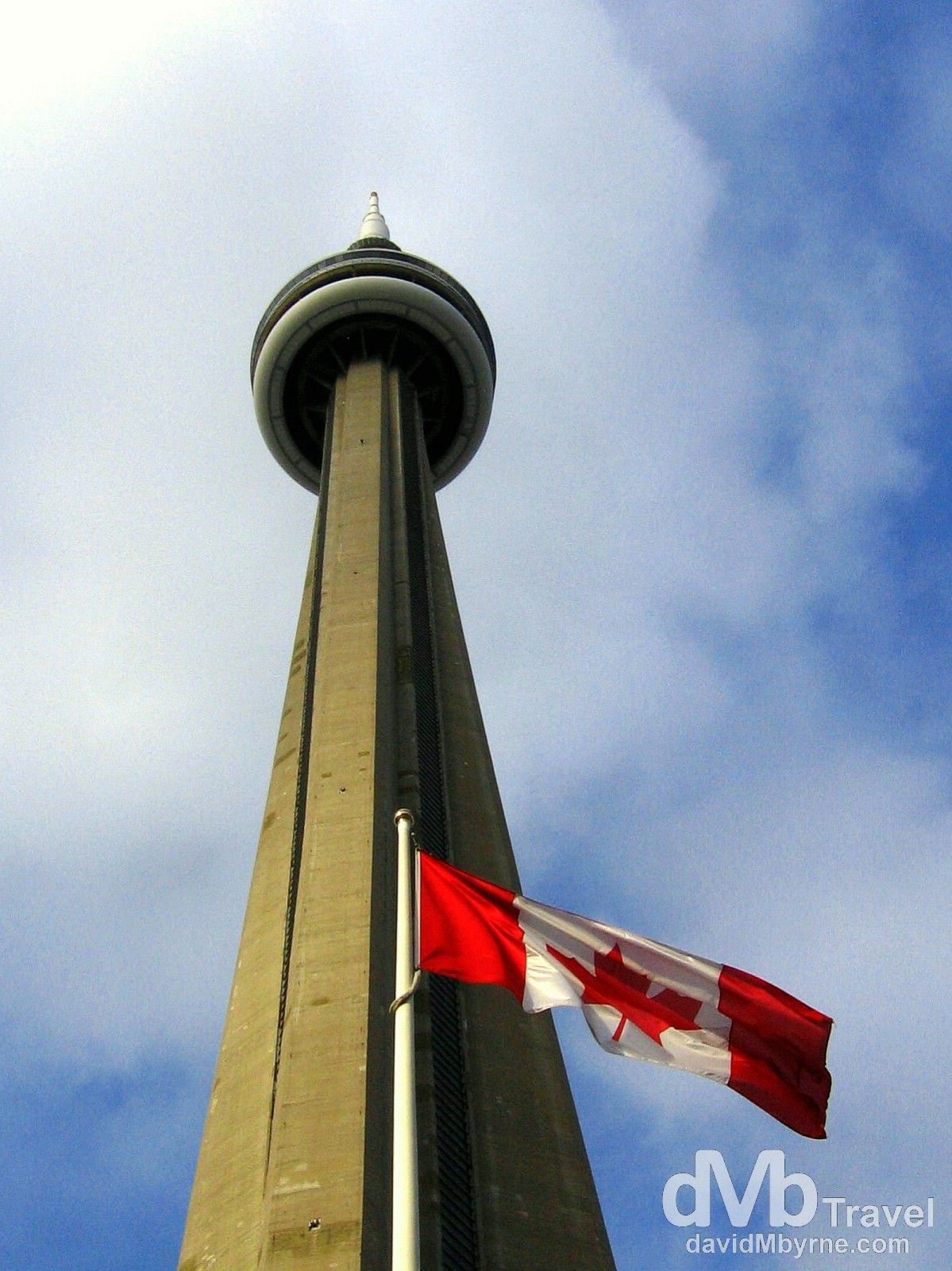 As Canada’s biggest city, Toronto, home to 2.5 million people, is the 5th biggest city in North America. Although not the country’s capital, it is entrenched as the nation’s financial, communications and business hub, having the busiest Canadian port on the Great Lakes and being a major centre for banking, manufacturing and publishing. Since World War II the city has been melted by successive waves of Portuguese, Greek, Italian, Latin-American, Chinese, Indian, Caribbean and South-East Asian immigrants; 1 out of every 4 Canadian immigrants settles in Toronto, and there are a lot of them. Seemingly tolerance is a reigning virtue in the city, as it seems to be in Canada itself.

All roads in Toronto lead, and all eyes point, to the city’s iconic CN Tower. Easily Toronto’s most famous sight, the 553-metre concrete communications and observation tower is still the highest freestanding structure in the world (UPDATE || 2010 || The CN Tower’s 34-year reign as the world’s tallest freestanding structure is gone thanks to the completion of the Burj Khalifa in Dubai and Canton Tower in Guangzhou, southern China) (UPDATE || 2014 || Whoops. Although still the tallest freestanding structure in the Western Hemisphere, a.k.a. the Americas, the CN Tower is now languishing at number 6 on the list of world’s tallest, with the Burj Khalifa still number 1). Most visitors to the city feel obliged to take a look at the tower and I was no different on this my first visit to the city. Completed in 1976 and declared one of the Modern Seven Wonders of the World by the American Society of Civil Engineers in 1995, its primary function is radio and TV communications, although it’s also quite adept at relieving tourists of as much money as possible – some 2 million visit it yearly. It has all the high tower reliables – expensive tourist tat shops, revolving restaurant & an observation deck which, on a good day, offers views for about 160 kilometres. The tower sits right beside the technically awe-inspiring SkyDome (now called the Rogers Centre) which when built in 1989 had the world’s 1st fully retractable dome roof. Home to Canada’s only Major League Baseball team, the Toronto Blue Jays, Rogers Centre uses enough electricity to power Canada’s smallest province, Prince Edward Island, and has a playing field big enough to fit 8 Boeing 747s. CN (Canadian National) Tower, Toronto (

TO || Little NYC?
Close your eyes and you could be in New York City. I’d heard that about Toronto – TO if you’re cool – before arriving in the city and it’s true. It’s little wonder then that the city is commonly used as a backdrop for NYC in many Hollywood movies. But it’s not a fair comparison; TO is much smaller than NYC & a lot more manageable for the tourist. A lot of the city’s main attractions – The CN Tower, The Rogers Centre, Old City Hall in Nathan Philips Square, St. Lawrence Market, Yonge Street, the city’s main north-south artery, & The NHL Hall of Fame – are within a few blocks of each other in the Downtown area, in or around the scenically refurbished Harbour Front. This means you could conceivably ‘do’ Toronto in a day, good if you only have a few hours in the city. And if you happen to be in the city on a bitterly cold winter day, as today was, then you can fight off hypothermia by utilising the city’s awesome 5 kilometer PATH system, Downtown Toronto’s underground pedestrian walkway, an accidental labyrinth of mostly underground corridors connecting many downtown sights and department stores. They don’t have one of those in NYC. Go Toronto!