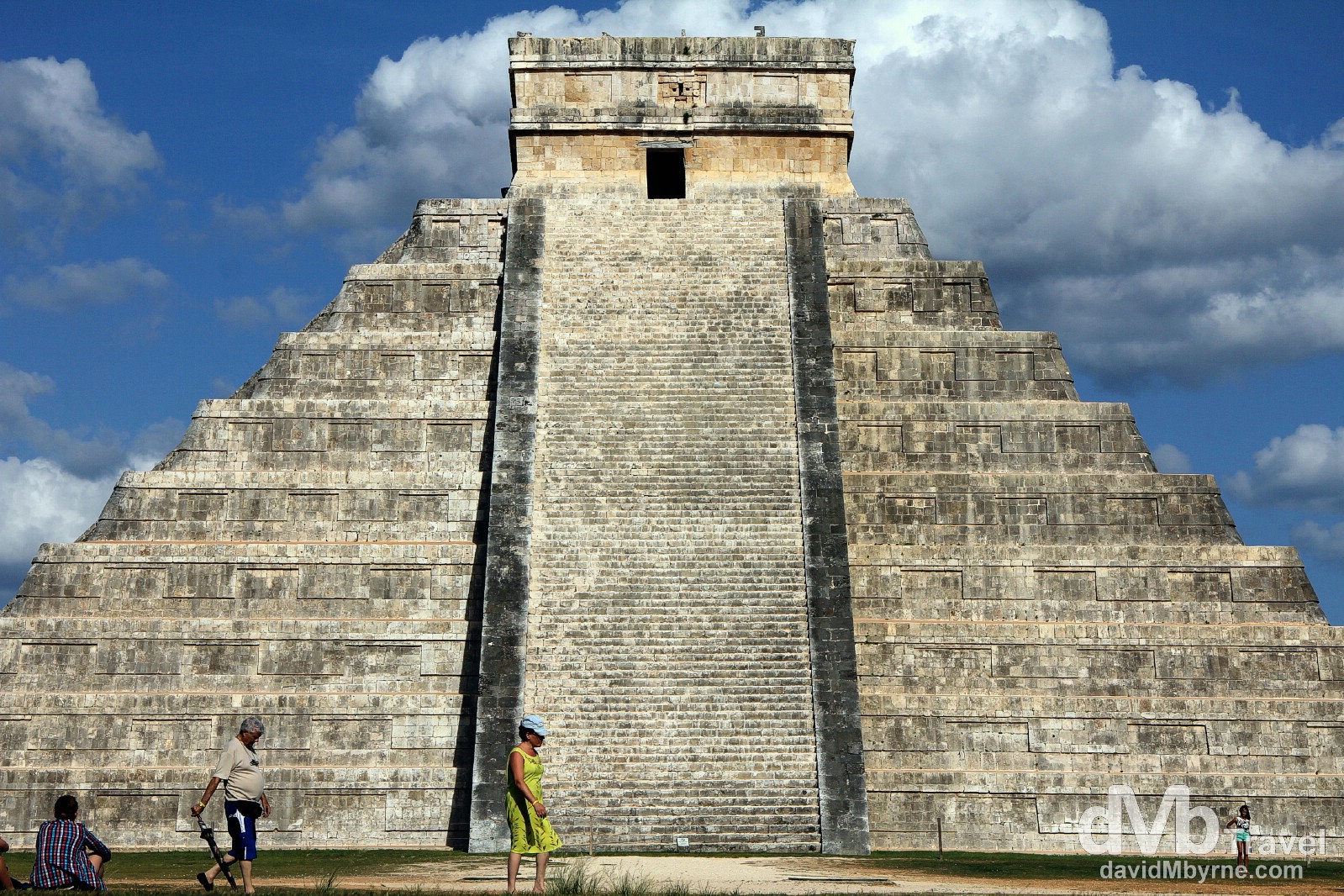 Chichén Itzá is the Yucatán’s, and thus Mexico’s biggest Mayan draw & was voted in 2007 as one of the New7Wonders of the World.

Like most Mayan ruins, Chichén Itzá was settled in about 600 AD & abandoned mysteriously in about 900 AD – although it was resettled sometime later & remained a place of pilgrimage for the Maya until it was conquered by the Spanish Conquistadors in the 16th century. It’s the largest of the archaeological cities of the pre-Columbian Maya civilization & one of Mexico’s most visited tourist destinations. The 25-metre high Pyramid of Kukulcn is Chichén Itzá’s major construction constituting its political & religious centre. A temple-pyramid dedicated to the Feathered Serpent God, it’s actually a massive Maya calendar formed in stone. Its 9 levels are divided in two by a staircase, making 18 separate terraces to commemorate the 18 20-day months of the Mayan Vague Year. The 4 stairways, one on each face, have 91 steps each; add the top platform and the total is 365, the number of days in the year. Clever those Myans.

The New7Wonder Blunder
According to Lonely Planet, Chichén Itzá will


Impress even the most jaded visitor.

Well, & aside from the the Pyramid of Kukulcan, Chichén Itzá didn’t impress me all that much. Truth be told the only positive I took away from the site today was the above picture. If not for that the visit would have been a total bust. Having been to Uxmal yesterday I can say that it – Uxmal – is a Mayan site much more deserving of ones time. Chichén Itzá just doesn’t offer a lot – none of its major constructions are accessible, all roped off, as are large portions of the complex itself, & it’s overly touristy with hawkers seemingly outnumbering tourists (and there are LOTS of tourists, mostly bused in on a day trips from the beaches of Cancun). Oh, and the nightly Light & Sound show has been cancelled until further notice (no reason given).

I can only compare Chichén Itzá to Uxmal, but visiting the former is a flat experience when compared to the more intimate, less crowded, more accessible setting of the latter. A victim of it’s own fame maybe, but – & I hate to say it – still one of those must-see, box-ticking locations.