Changdeokgung Palace is one of the Five Grand Palaces built by the Kings of the Korean Joseon Dynasty (1391-1897) but the only one to have attained UNESCO World Heritage status. It was constructed in 1405, the fifth year of the 3rd King Teajeon’s reign. Secondary to the larger Gyeongbok Palace, Seoul’s main dynastic palace, its completion gave balance to the capital city as Gyeongbokgung was to the west and Changdeokgung to the east – the palace is also known as East Palace.

Changdeokgung has, & like most historic structures in Seoul, had a tormentous past. All of the palace buildings were destroyed by fire during the Japanese invasion of 1592. In 1610, Changdeokgung was restored going on to serve as the main palace for the Kings of Korea for the next 270 years, including the dynasty’s last King, Sunjong. The complex of buildings were destroyed once again in 1917, this time by fire. To replace them, buildings from the aforementioned Gyeongbokgung Palace were dismantled and moved here, damaging many in the process. It wasn’t until 1991 that the latest restoration work began on the complex, work that continues to this day. Despite the damage done in the past, Changdeokgung is one of the best preserved examples of palace architecture in Korea and because of this UNESCO inscribed it on their list of protected sites in 1997, citing its outstanding architecture and a design that is in harmony with the landscape.

An exceptional example of Far Eastern palace architecture and design, blending harmoniously with the surrounding landscape. 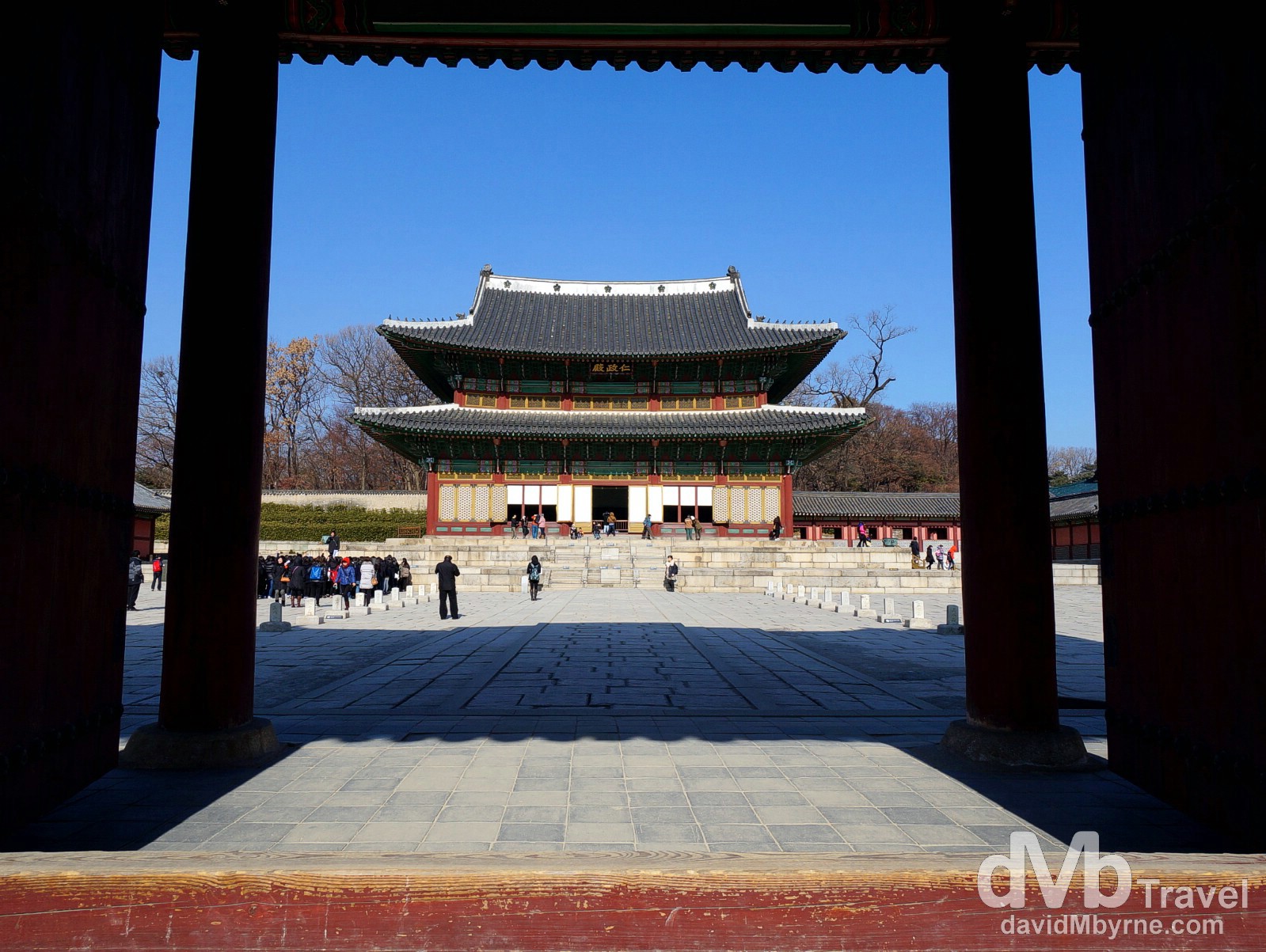 Injeongjeon is the main palace hall of the Changdeokgung Palace Complex, somewhere where the King & other official would gather for conferences and to receive foreign envoys. In front of the hall, rebuilt in 1609, was an area of symbolic value with a royal walkway and a courtyard on which stone markers inscribed with the ranks of each court official stood. The colonnaded area bordering the courtyard was used for storage and as posts for royal guards. Changdeokgung Palace Complex in Seoul, South Korea. January 18th 2014 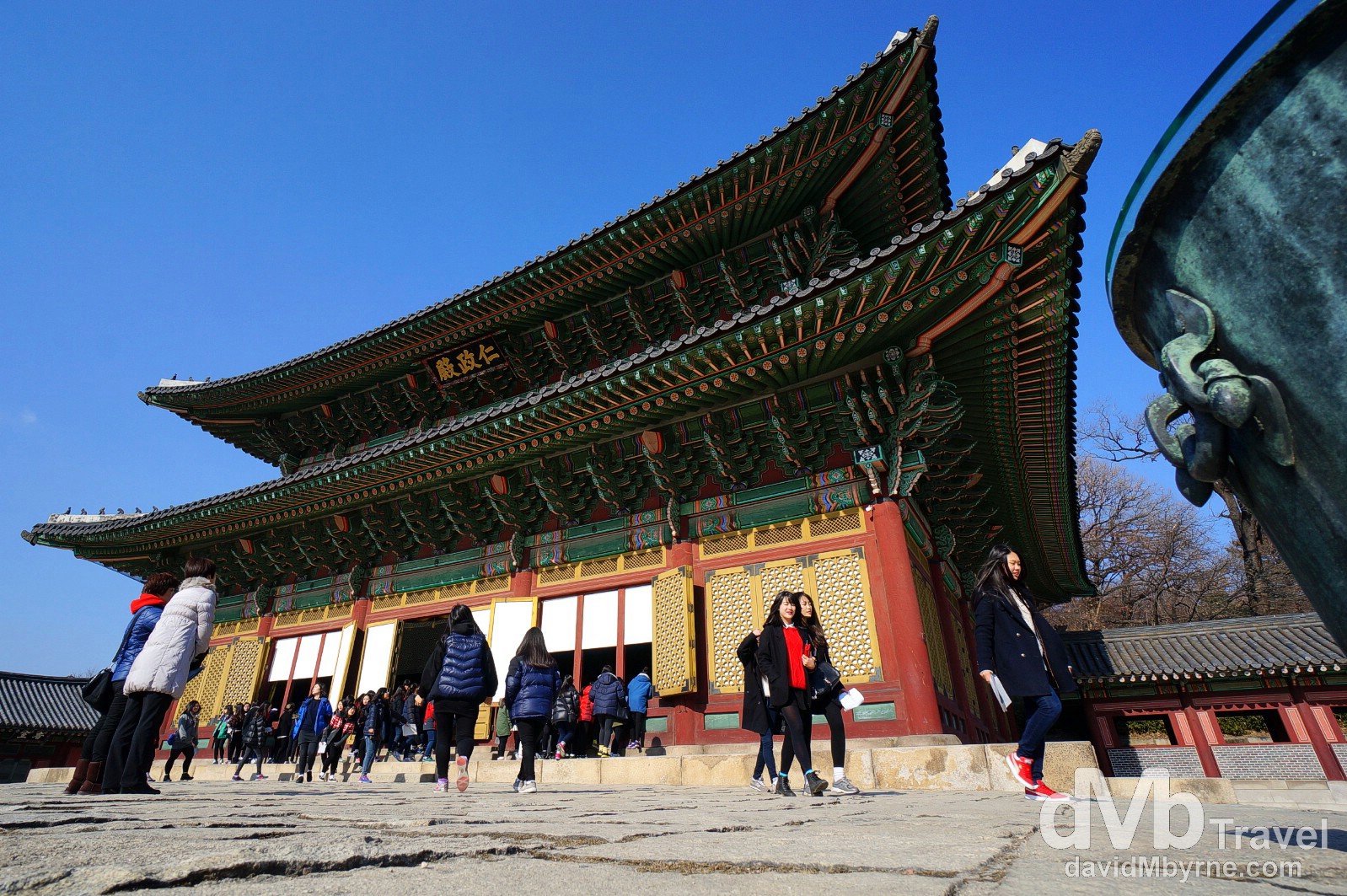