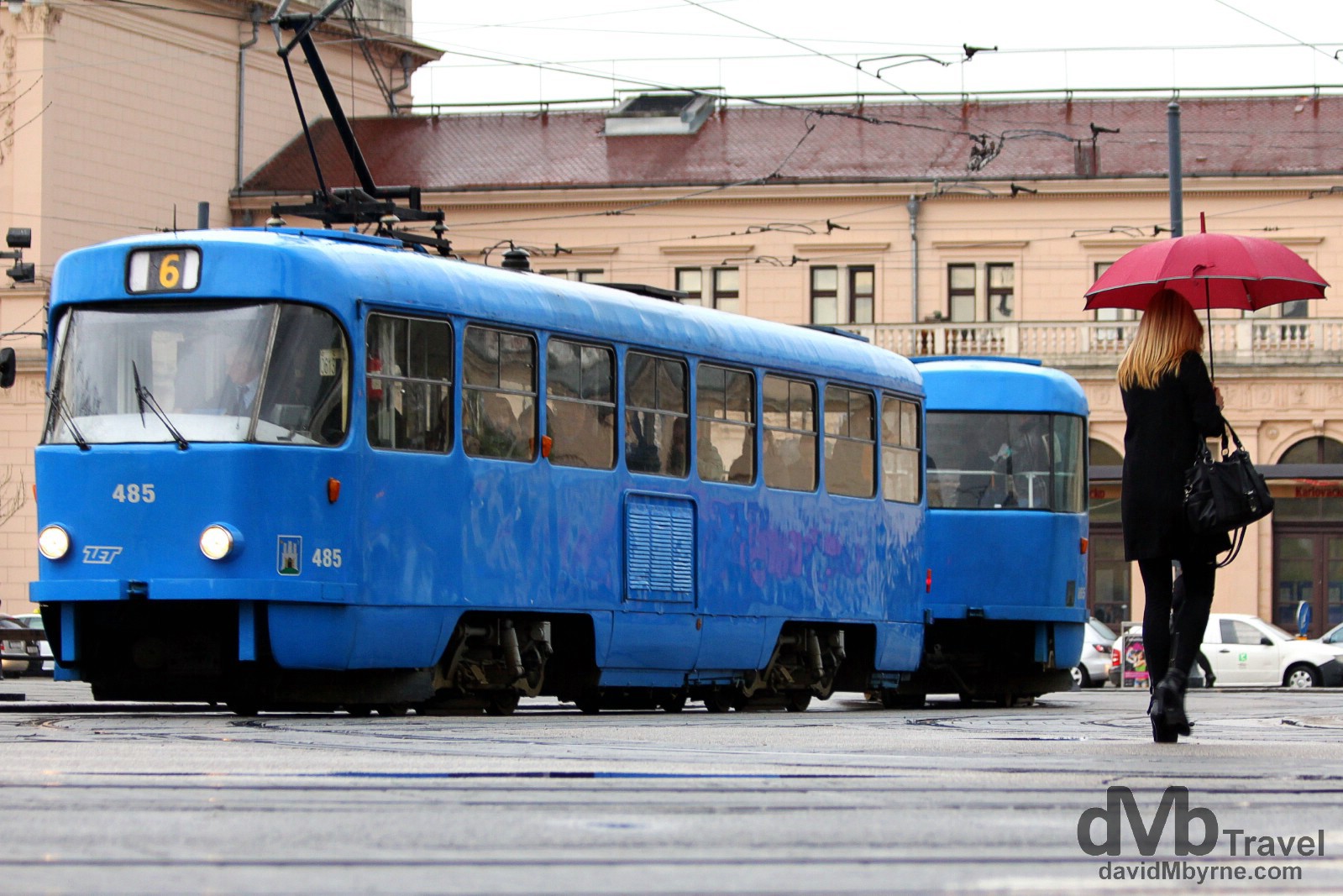 Bloody rain. I’m fairly tolerant of the stuff but twice in as many days now it has, & if you’ll pardon the oh-so obvious pun, put a dampener on me gallivanting around gorgeous Central European capital cities. Yesterday Ljubljana, Slovenia & today Zagreb in Croatia. It’s a first world problem I know, & one I’m not going to get much sympathy for, but still.

From the train en route from Ljubljana, Slovenia to Zagreb, Croatia. http://t.co/Sx2wa4DgYp

Again I was out & about early today (I arrived in the city off the train from Ljubljana at 9 a.m.) poking my camera at churches, people, & whatever caught my attention. Zagreb is the capital of Croatia and according to the pamphlet which kept me company today is the ‘historic & political threshold between East & West’, a city that ‘illustrates both the continental and Mediterranean spirit of the nation it spearheads.’ And there was me thinking it was just yet another small, ancient, beautiful Central European city (they are ten a penny around here I tell ya). 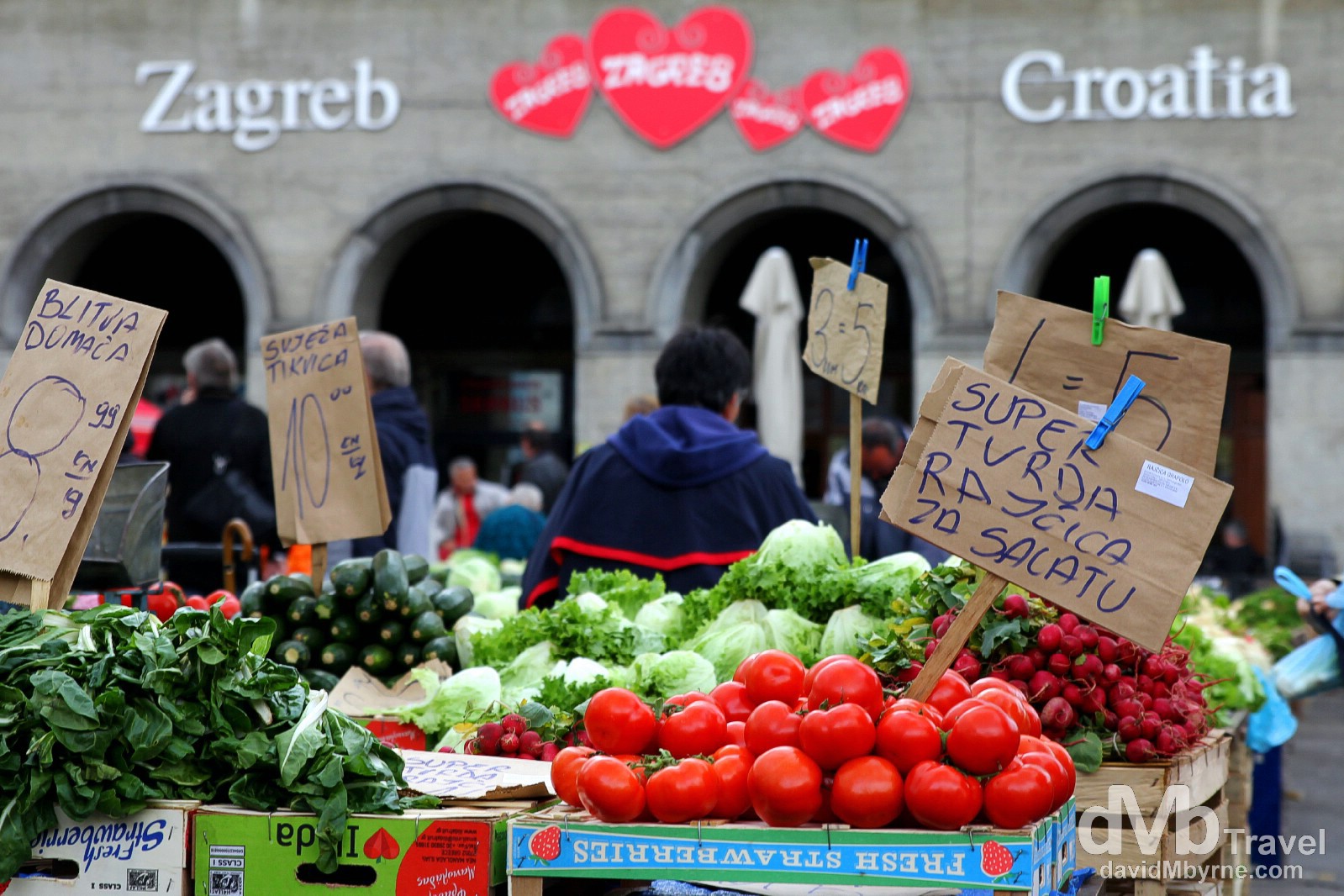 Dolac Fruit & Vegetable Market, the buzzing centre of Zagreb and in operation since the 1930s. It’s a great place to bring a camera & thankfully I had one of those with me today. Zagreb (

The best thing to do when you first arrive is to take in Zagreb’s wonderful atmosphere, which, as many claim, is only surpassed by the legendary beauty of the local womenfolk.

Yes, the gir, sorry, womenfolk are very pretty here in Zagreb, one of many observations I made from today. 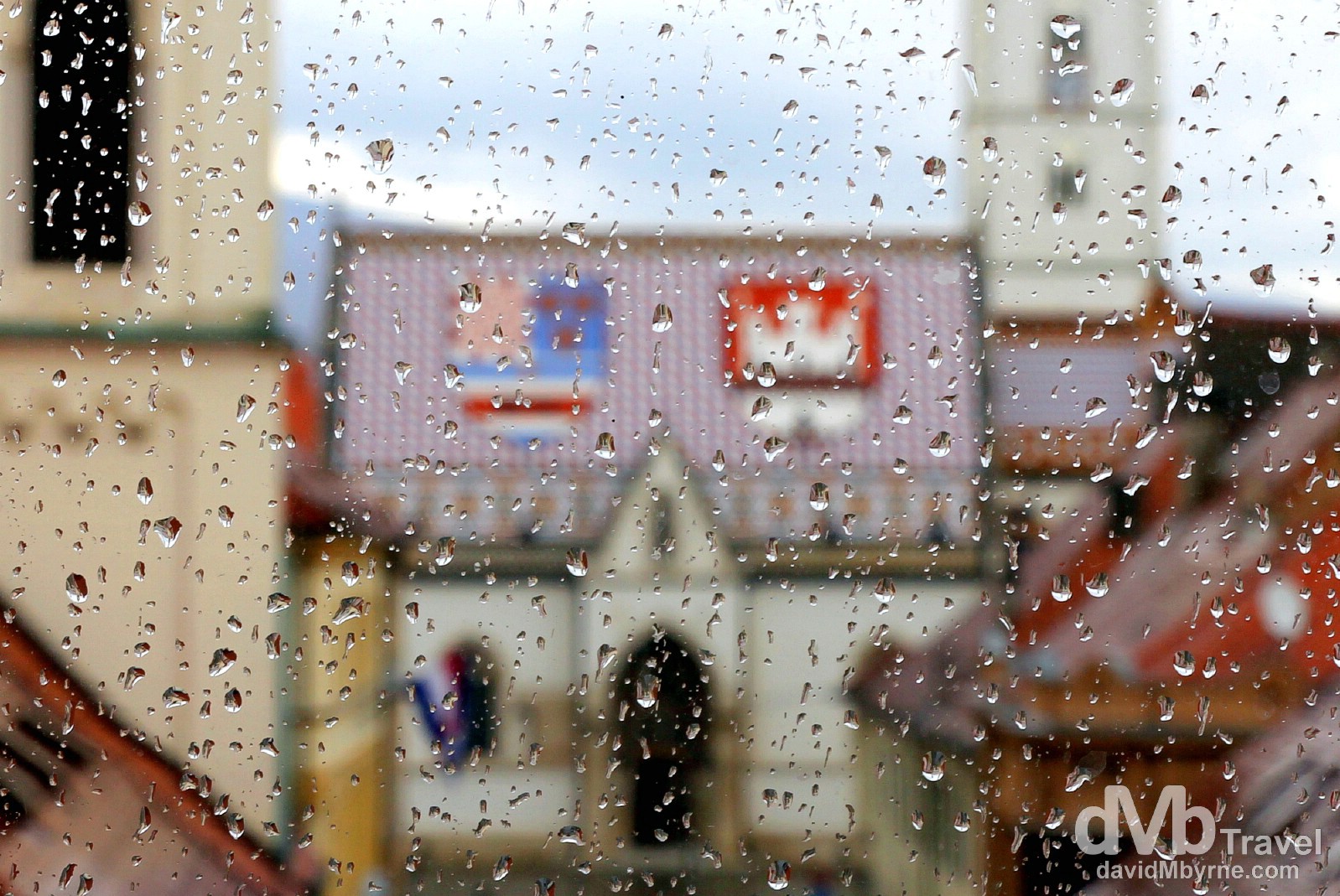 And here it – the rain – is again. I was in Lotrscak Tower, a 13th century tower built as part of city defenses, when the skies opened this afternoon. I got some shots of the city from atop the tower in the poring rain but took a few more through the windows of the tower on the way back down. This is a picture looking towards the distinctive tiled roof of 13th century St Mark’s Church in Zagreb’s Markov trg (square), the location of the Croat Parliament. The roof, dating to 1880, depicts the medieval coat of arms of Croatia, Dalmatia & Slavonia & the emblem of the city of Zagreb. Except you can’t really see that in this picture because I like the rain drops on the window more than the colorful 136-year-old tiles on the roof of the 800+ year-old church. Click here to see a similar picture captured with my iPod & uploaded it to my Instagram account. Looking towards St Mark’s Church from Lotrscak Tower on a wet afternoon in Zagreb, Croatia. March 24th, 2014

The rain has followed me here from Slovenia. But this city is still beautiful. Looking towards St… http://t.co/A2pdwQiqDI

A tram, a central European stalwart, outside Zagreb Train Station. The trams here in Zagreb (& there are a lot of them) are all blue, the official city colour. Zagreb, Croatia. March 24th, 2014