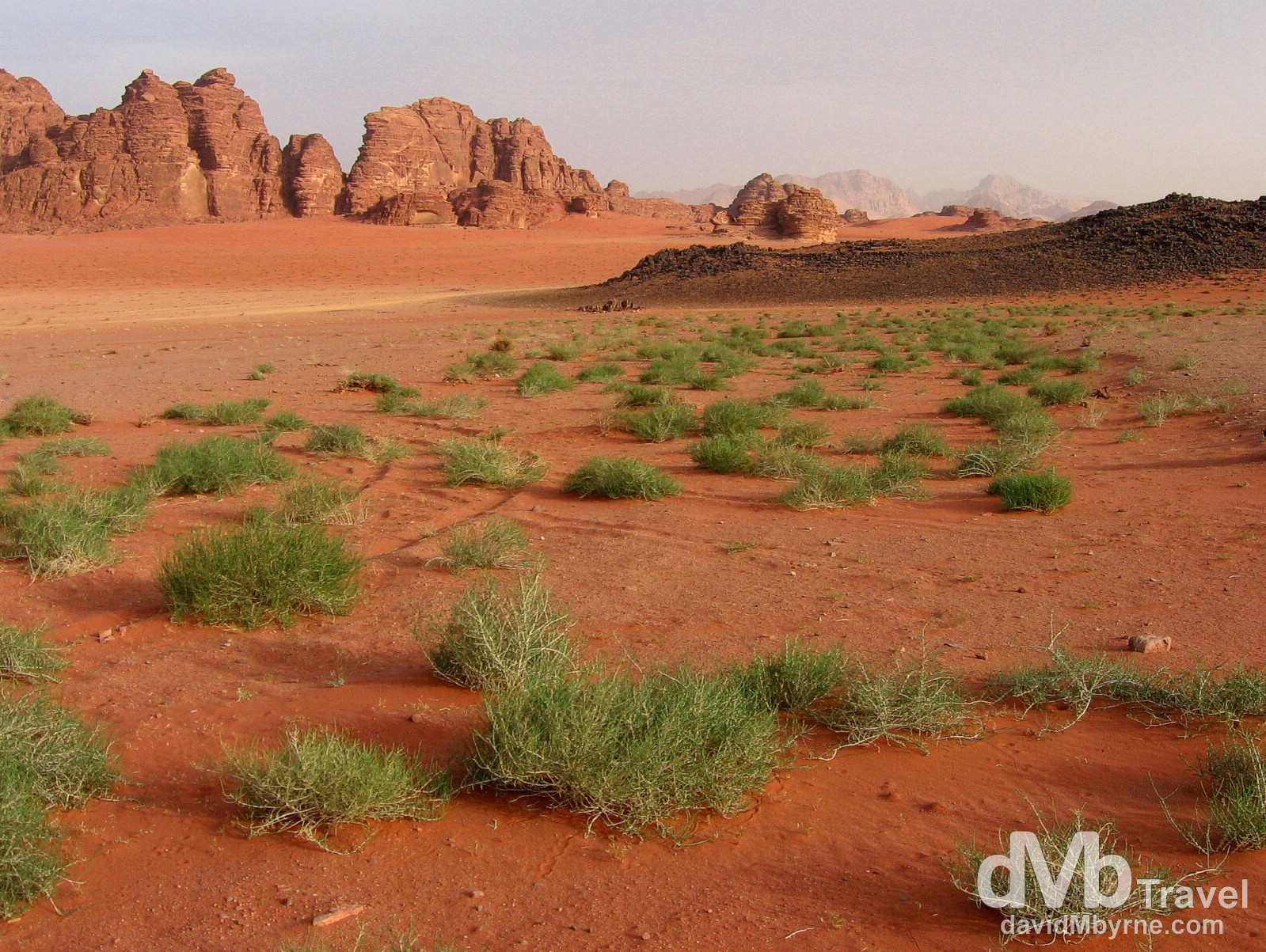 Wadi Rum is a vast, seemingly endless, extraordinarily beautiful red sand desert valley (wadi in Arabic) in the south of the Middle Eastern country of Jordan. The 74,000-hectare region is inscribed as both a mixed natural and cultural UNESCO World Heritage site, one of only 29 of UNESCO sites to have been acknowledged for both its natural and cultural significance. It features a varied desert landscape consisting of a range of narrow gorges, natural arches, towering cliffs, ramps, massive landslides and caverns. Petroglyphs, inscriptions and archaeological remains in the site testify to 12,000 years of human occupation and interaction with the natural environment. 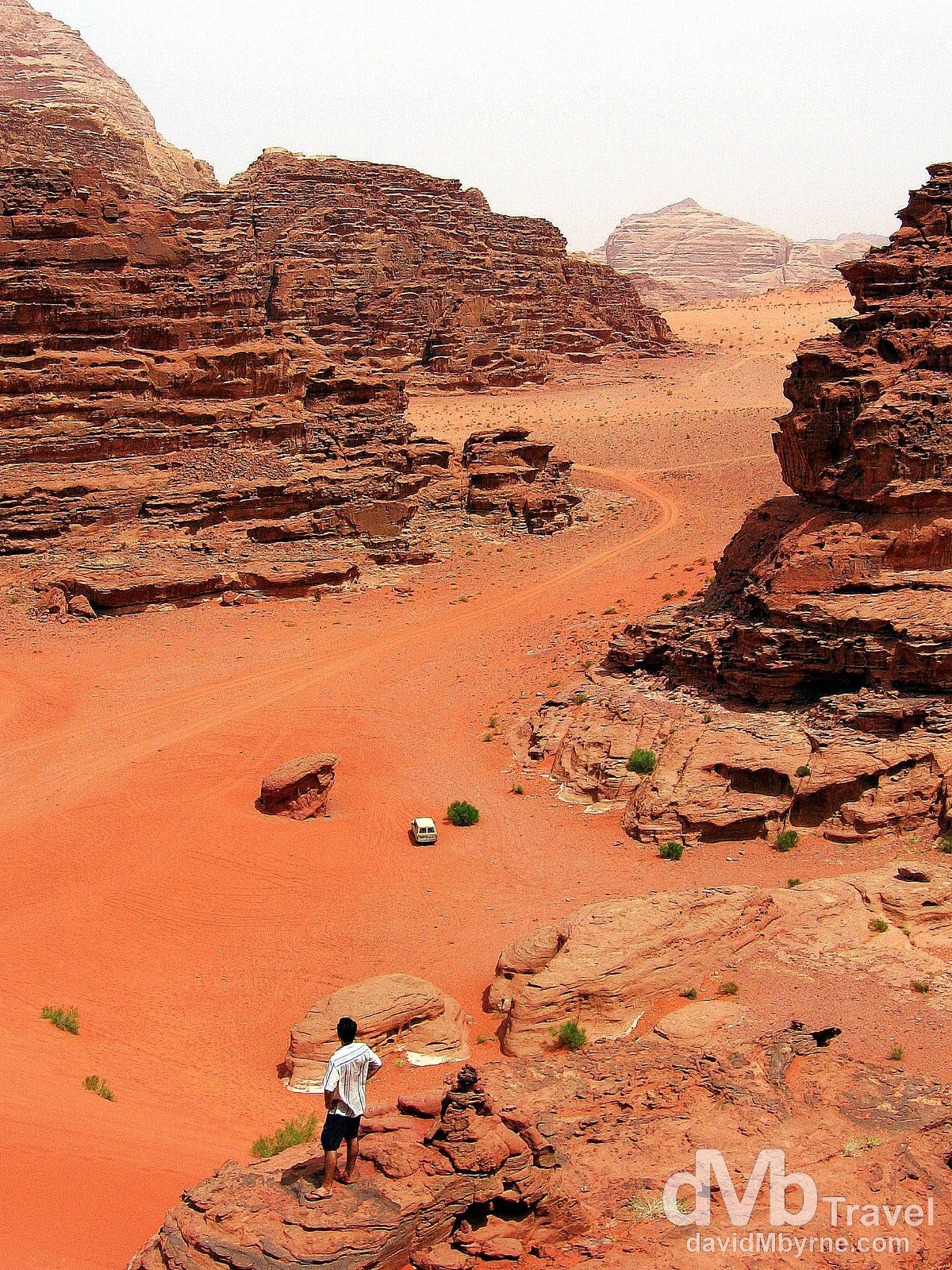 Nabataean rock graffiti in Wadi Rum, an area that has been inhabited by many human cultures since prehistoric times, with many cultures–including the Nabateans–leaving their mark in the form of rock paintings, graffiti, and temples. Wadi Rum, Jordan. April 25, 2008. 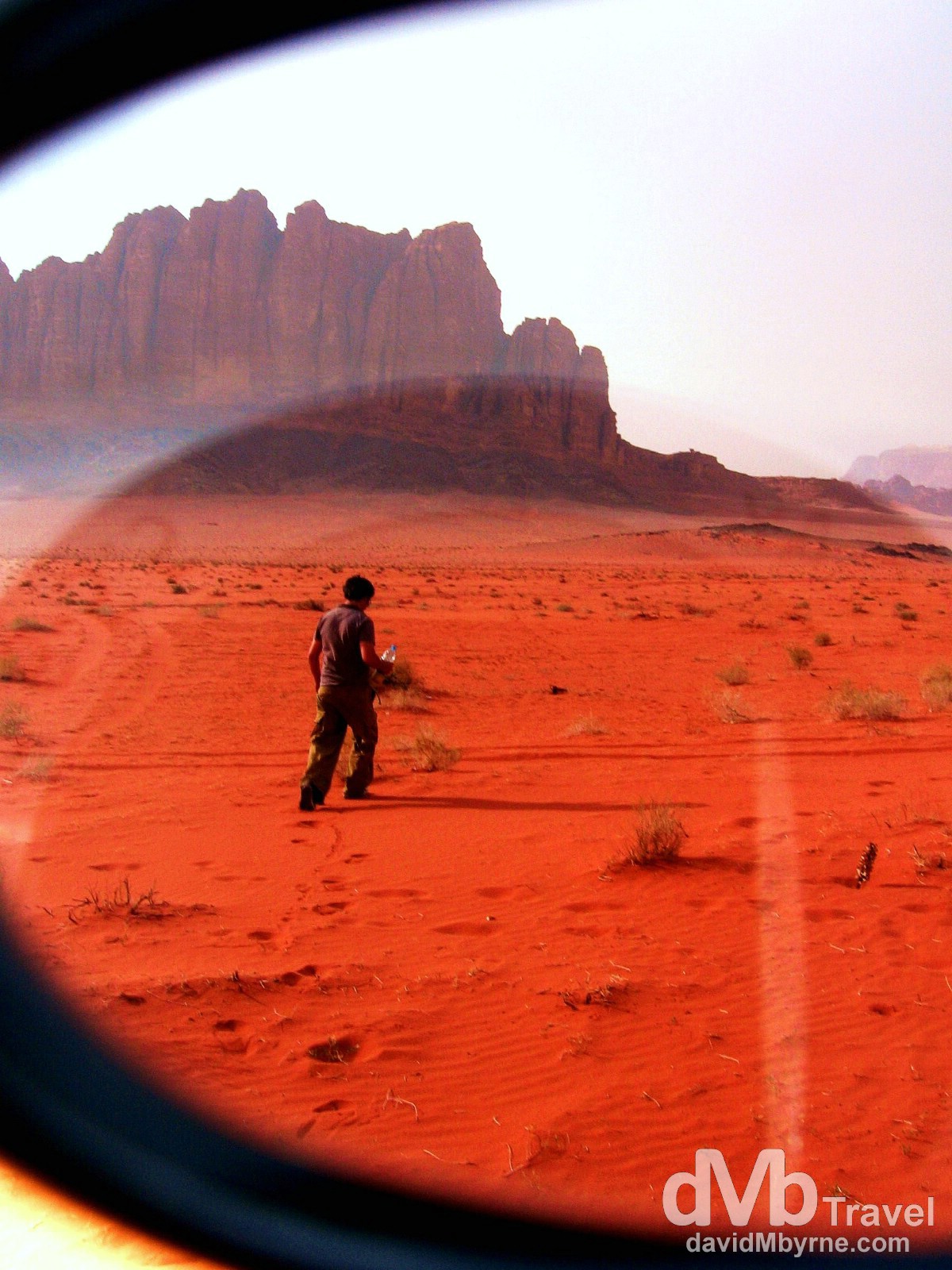 Breaking out over the red sands of Wadi Rum, Jordan, as seen through sunglasses. April 25, 2008.

Walking on rock formations in the desert of Wadi Rum, Jordan. April 25, 2008. 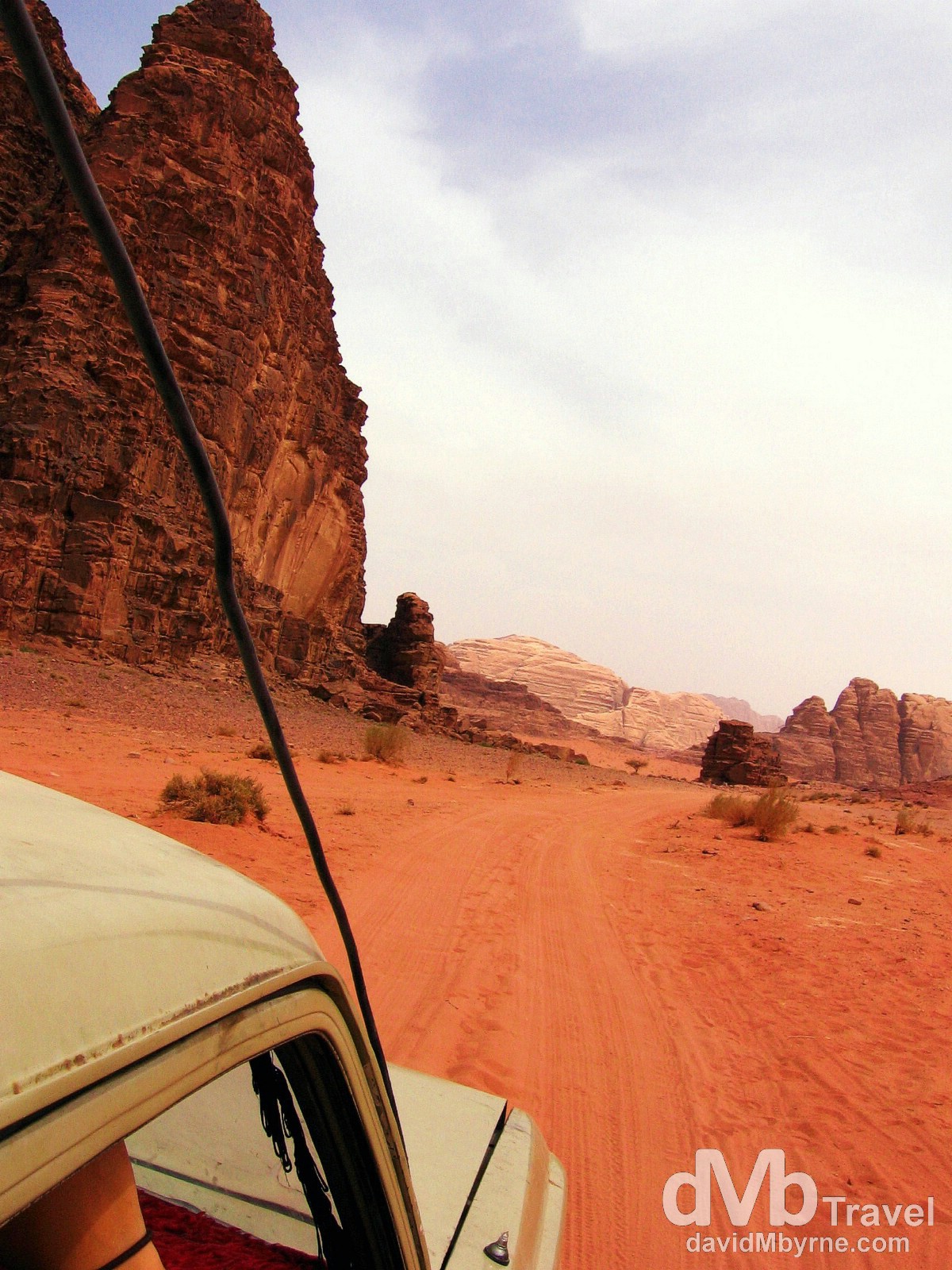 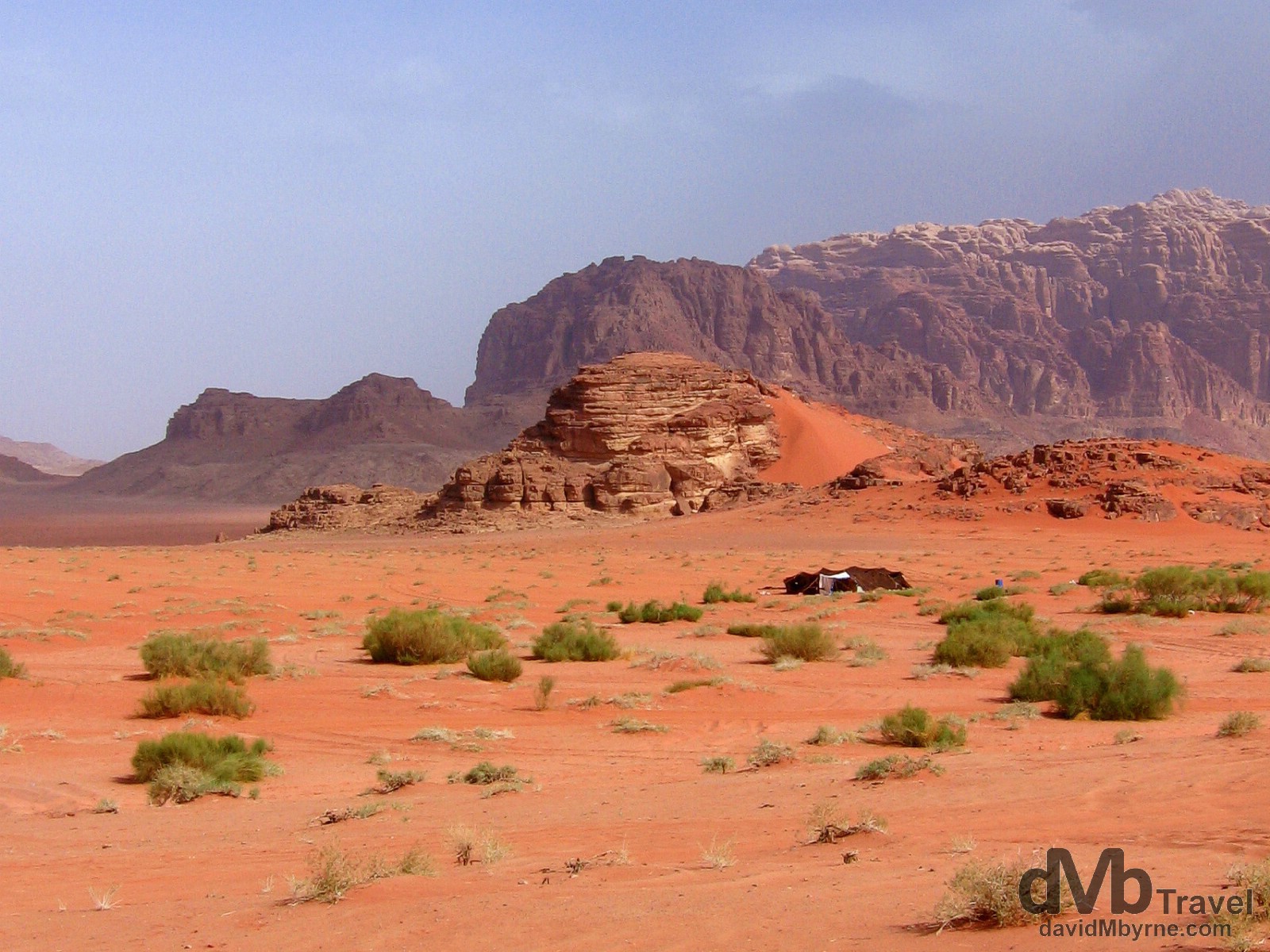 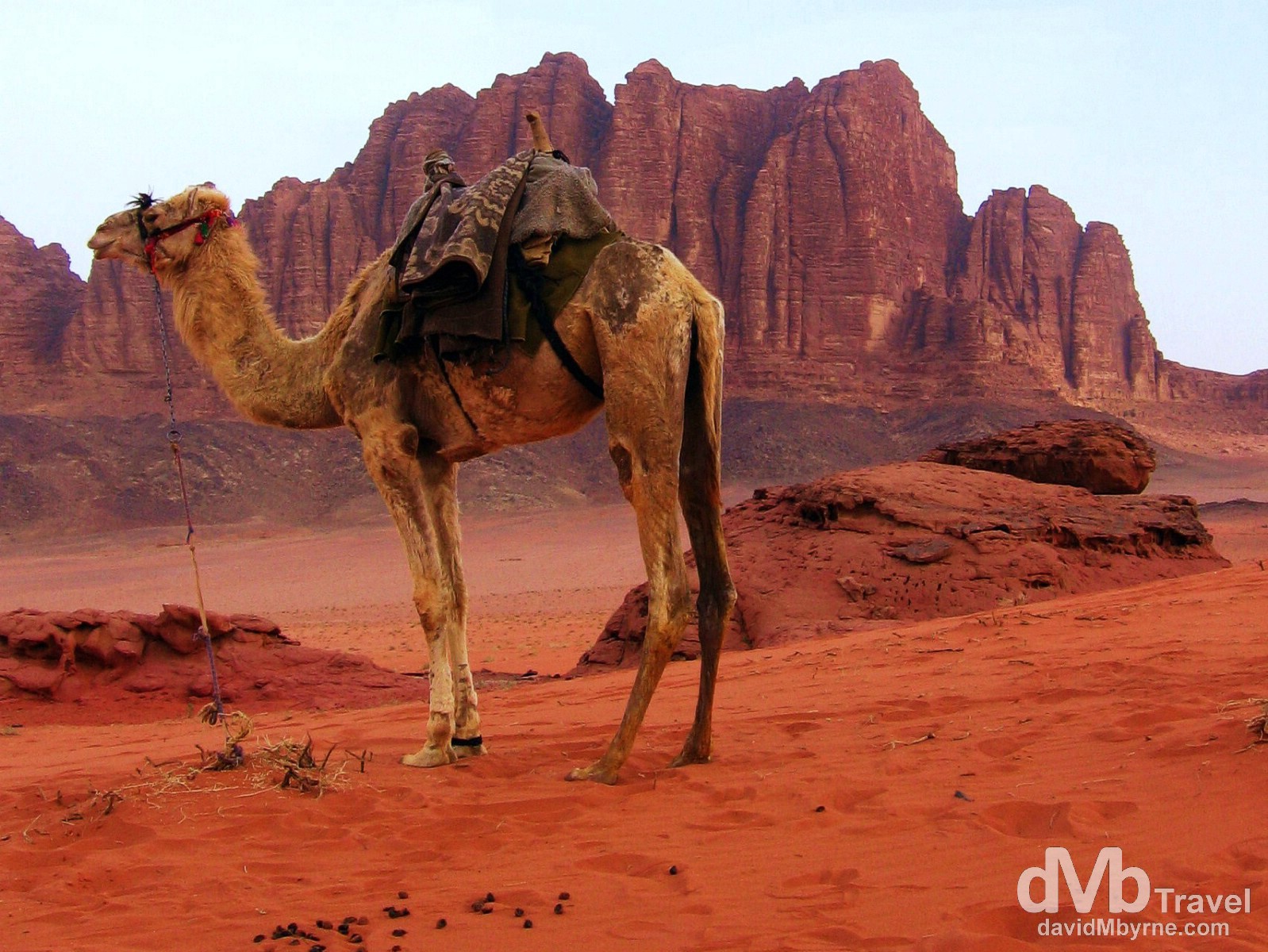