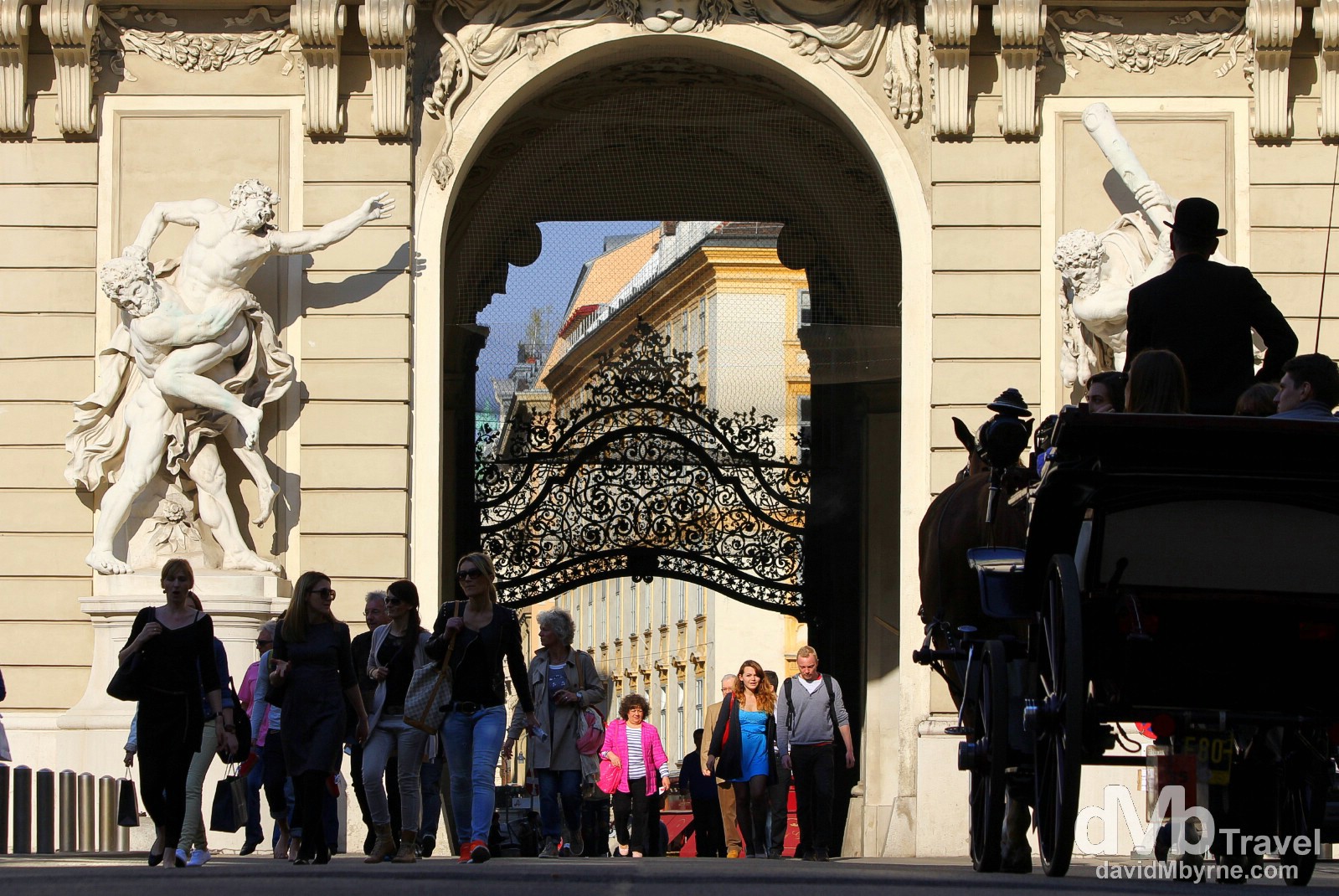 I was aiming to be on the 8 a.m. bus out of Vienna, Austria, to Prague but at 6.a.m this morning when my alarm went off I opted for the 1 p.m. bus instead, convincing myself as I turned over that I could do with the lie-in. The day I spent wayfaring around the streets of Vienna yesterday was just the latest test of attrition and I think after almost 3 weeks they are catching up on me. Lucky I only have a few days – & one city, Prague, where I’ve just arrived – left on this particular European leg of my 2014 travels. It was always going to be a busy trip but if it has taught me anything it is that whatever jaunts I embark on for the rest of the year will be taken at a more leisurely pace.

Vienna
Anyway, I digress. Here are a few pictures from a gorgeous day looking around the equally gorgeous, not to mention UNESCO World Heritage listed centre of the Austrian capital of Vienna, a city with quite a few grandiose buildings. More than a few.

Passing through Michaelertor, the north-eastern gate of the Hofburg, the former Royal Palace in Vienna ( 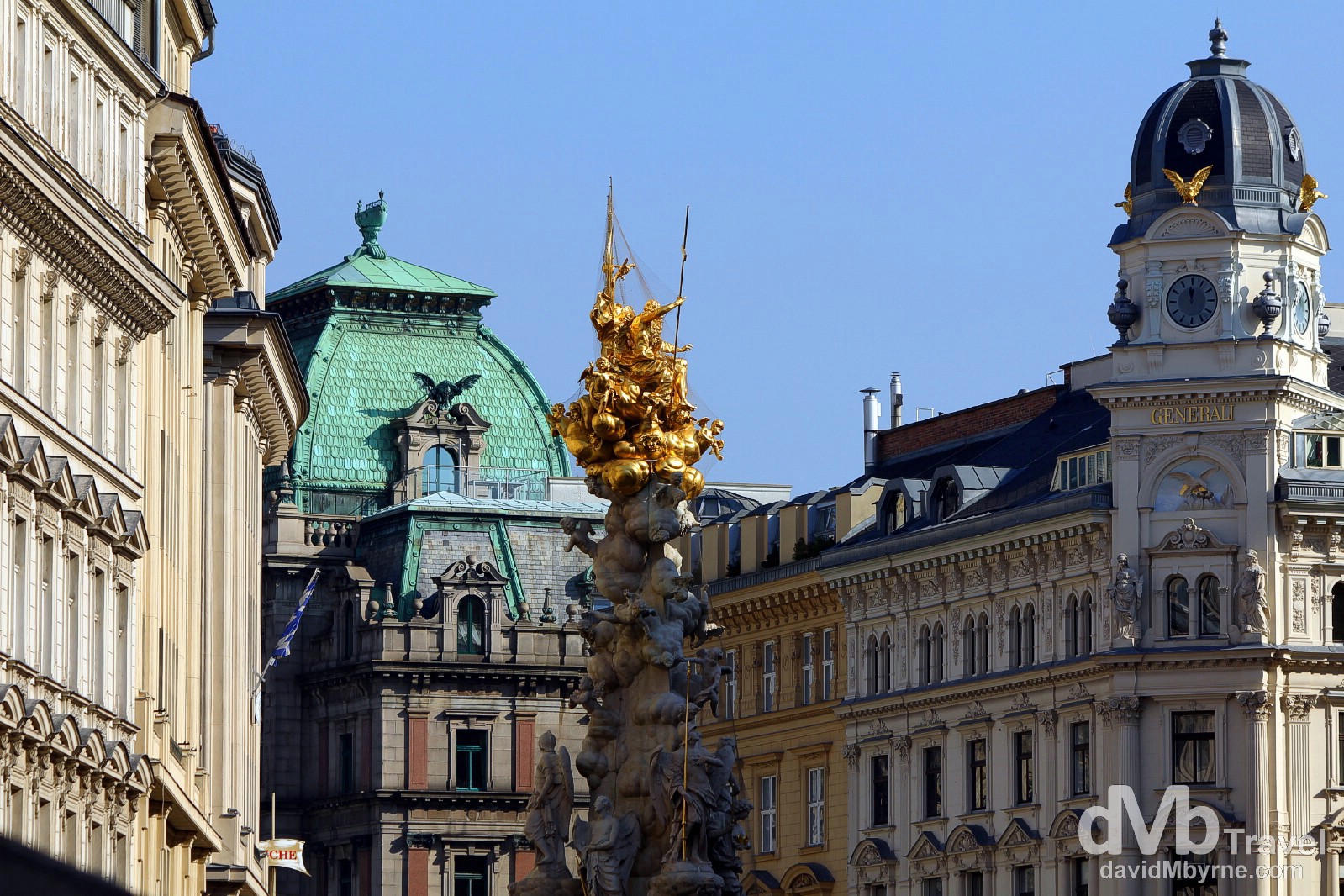 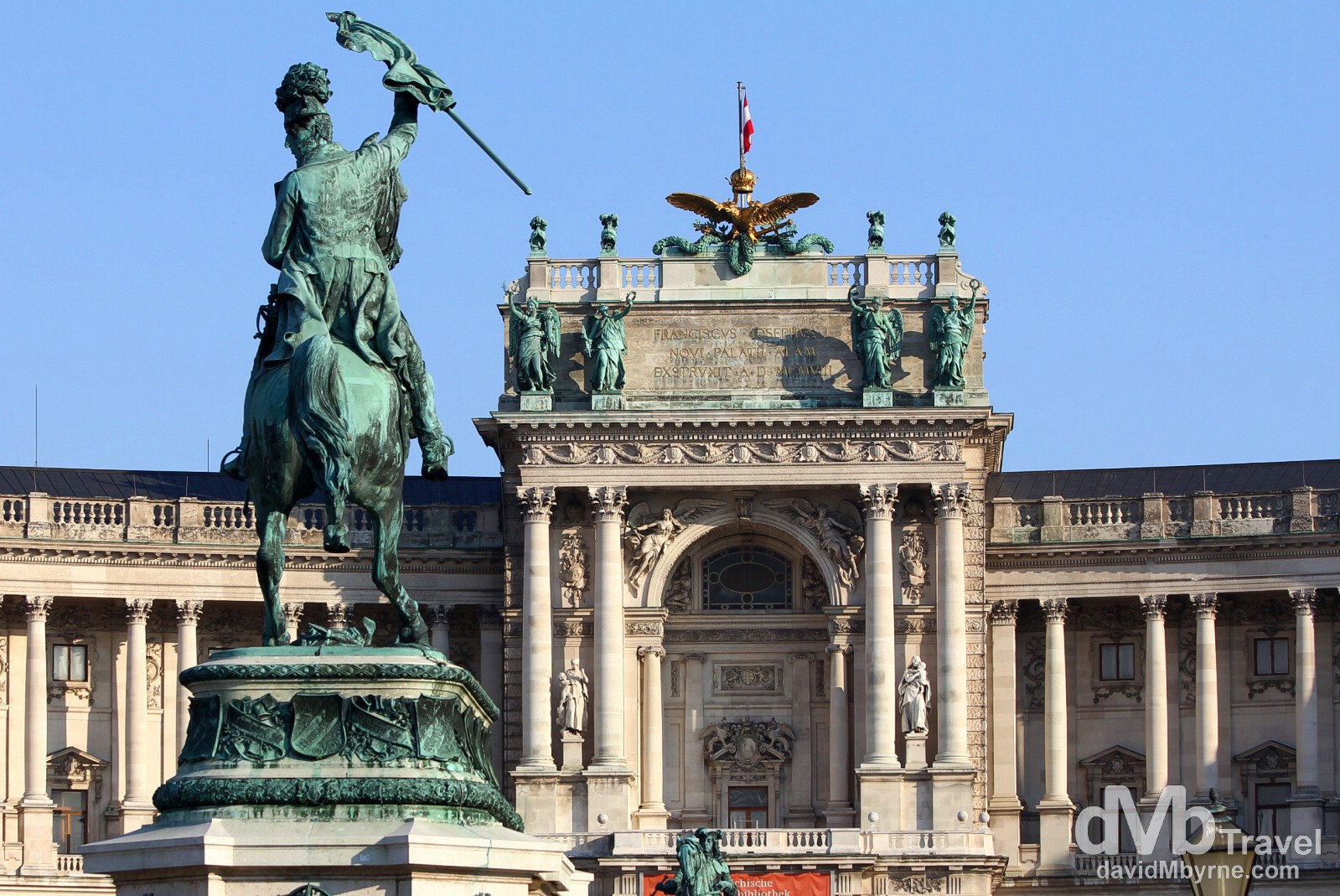 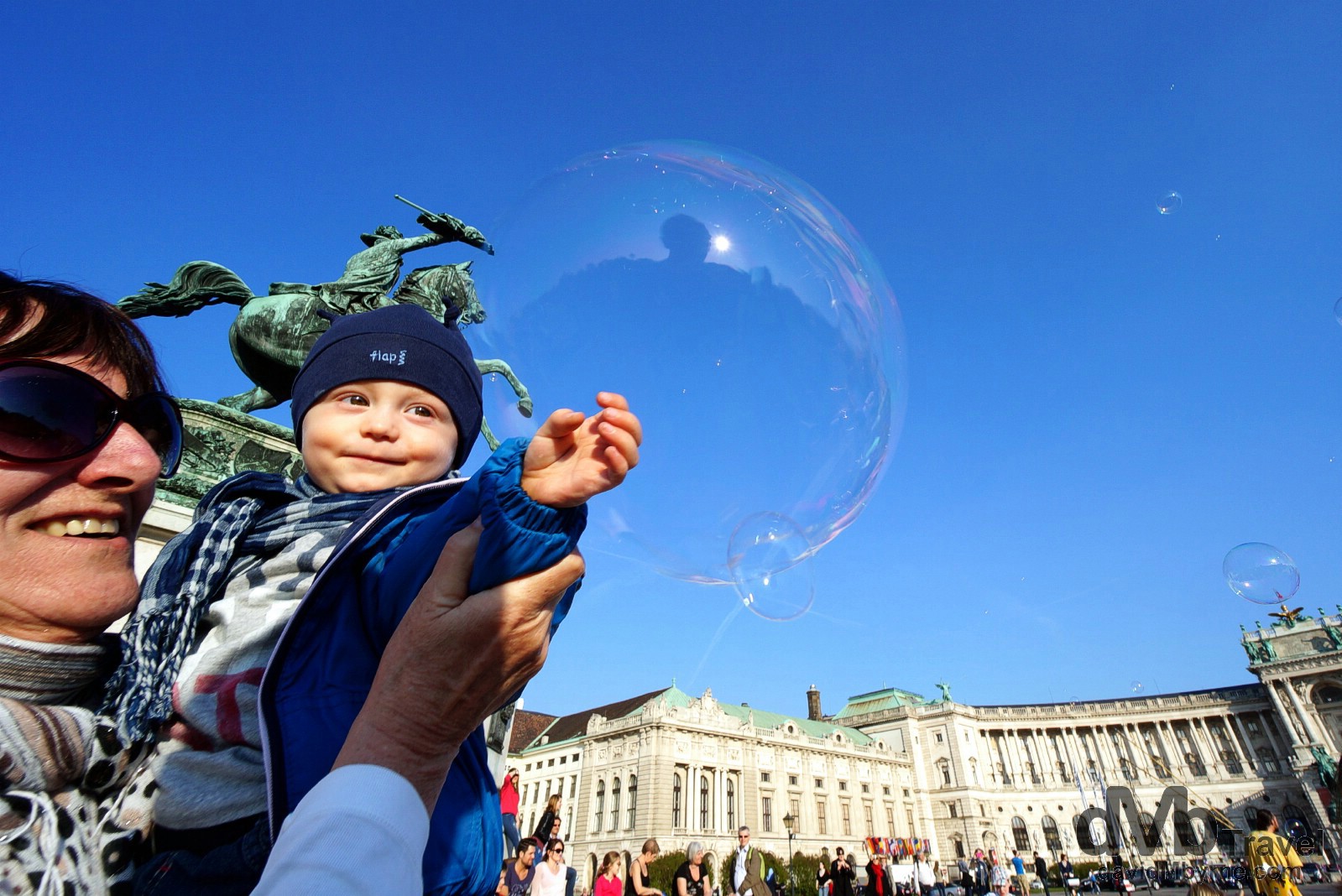 Playing with bubbles in Heldenplatz. There was a guy here exciting the kids in the area by blowing large bubbles and having them chase them. That’s my reflection in this particular bubble, one that burst a split-second after taking this pic (I had to wipe my lens). Vienna, Austria. March 29th, 2014

My view today at breakfast. It was prettier than it looks! Vienna, Austria. @ Point of Sale http://t.co/XyPTnb8hLH 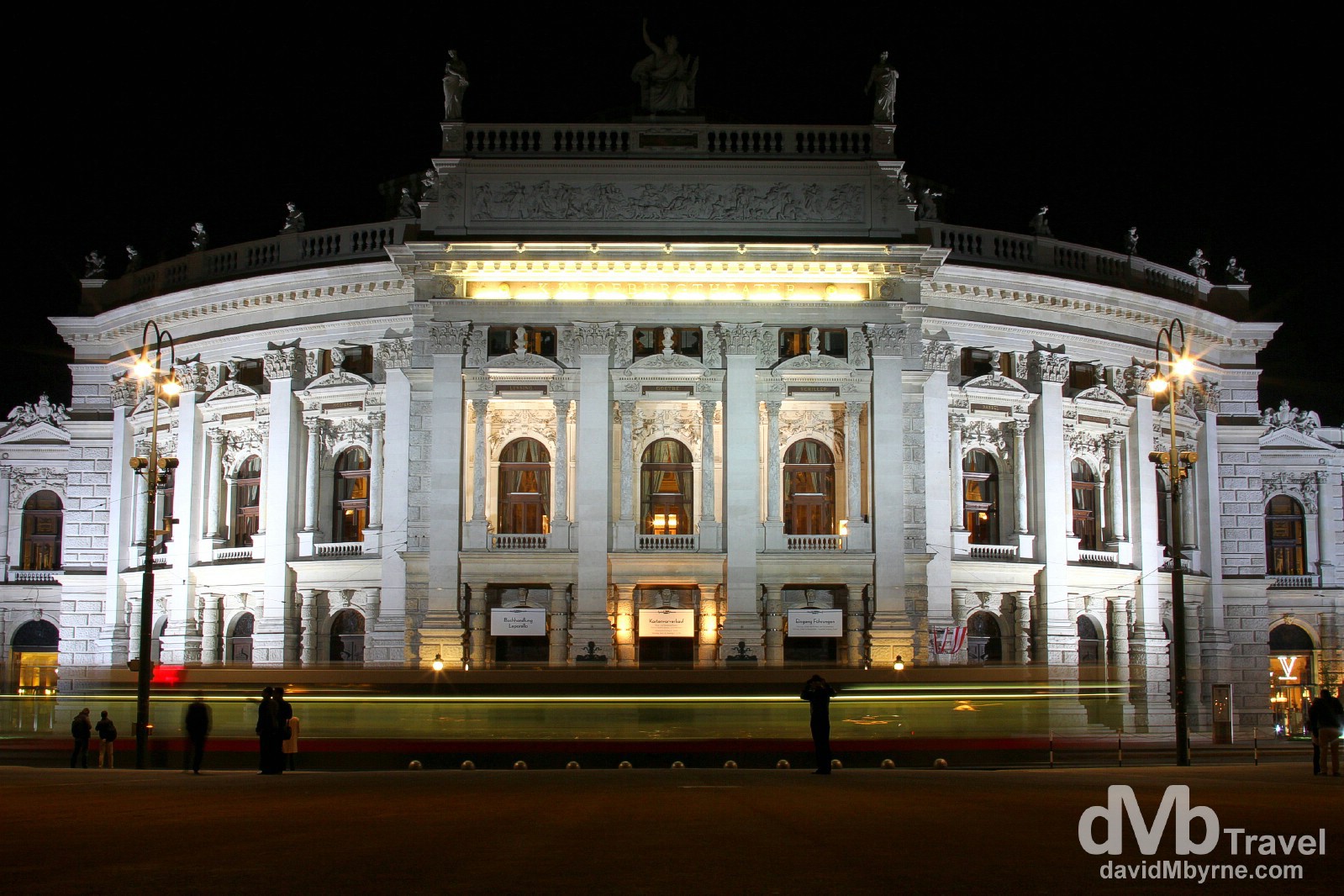 A tram passing in front of Burgtheater in Vienna, Austria. March 29th, 2014