The beautiful beach of Unawatuna is located just 6 kilometres south of Galle in southern Sri Lanka, slap-bang in the middle of the southern coastal belt, the most popular stretch of Sri Lankan coastline with locals & foreigners alike – the region’s primary source of income is from tourism. This means Unawatuna, a clam body of water somewhat sheltered by a bay, is rarely quiet. In fact, it’s one of the most visited beaches in Sri Lanka, somewhere that really comes to life from October through April when the monsoon rains move northeast, the skies clear & the waves calm.

People in the waters of Unawatuna Beach (

). It’s a busy holiday weekend here in Unawatuna with the crowds spurred on no doubt by the emergence of the sun; its appearance this time of year – late April to late September, the rainy season – is never guaranteed. I took the above picture from Rumassala, a rocky outcrop at the west end of the crescent-shaped beach, one offering great views back over the bay. This area was hit hard by the December 2004 tsunami, virtually wiping out the resort as it stood then & killing hundreds. Memories of the devastation remain, but the resorts have been rebuilt, mostly thanks to the generosity of foreigners. It’s a mellow place to hang out with sipping beers at any of the beachfront cafes the thing to do as you while away the days. Unawatuna Beach, southwestern Sri Lanka. September 1, 2012. 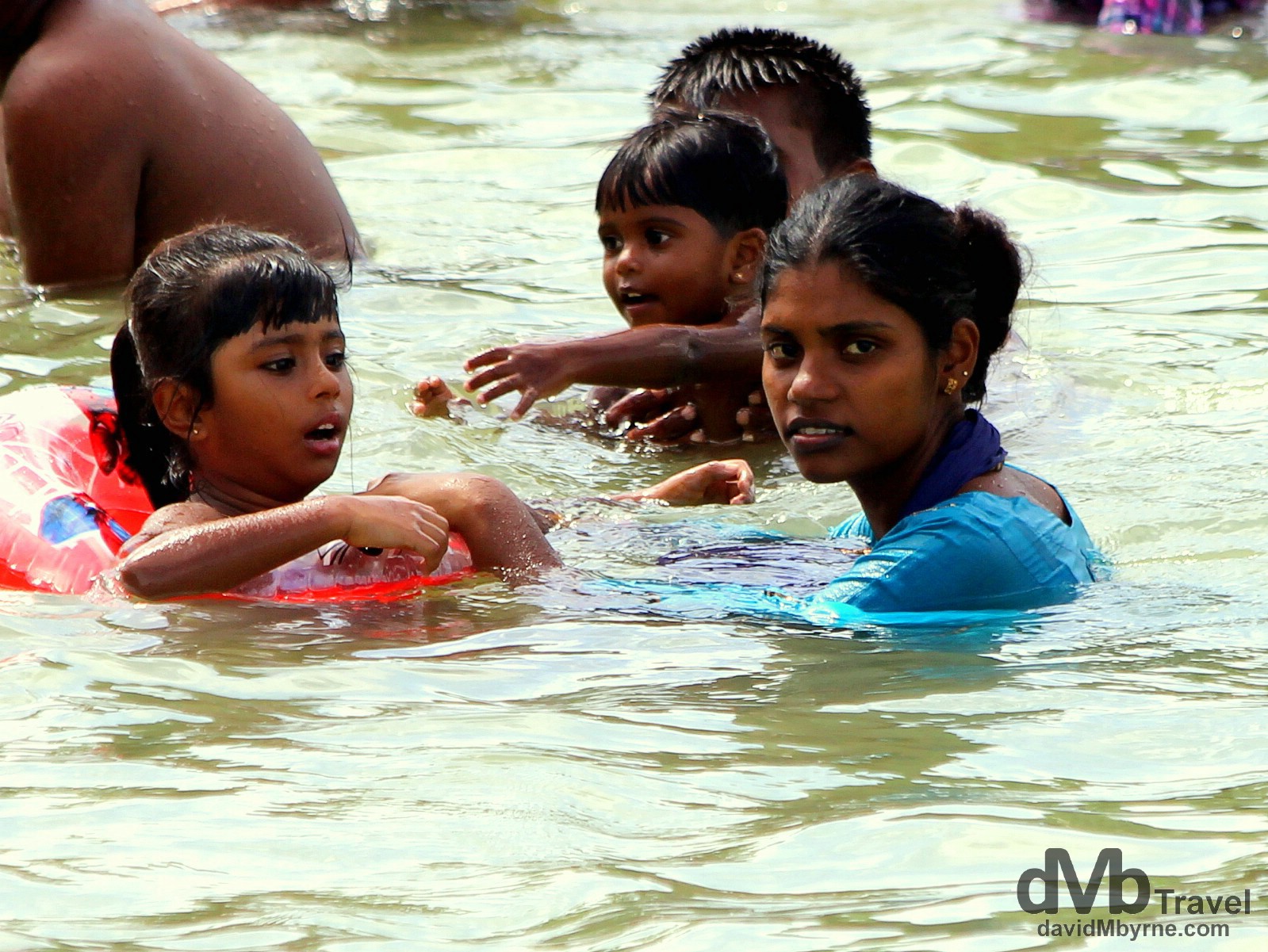 In the waters of Unawatuna Beach, southwestern Sri Lanka. September 1, 2012. 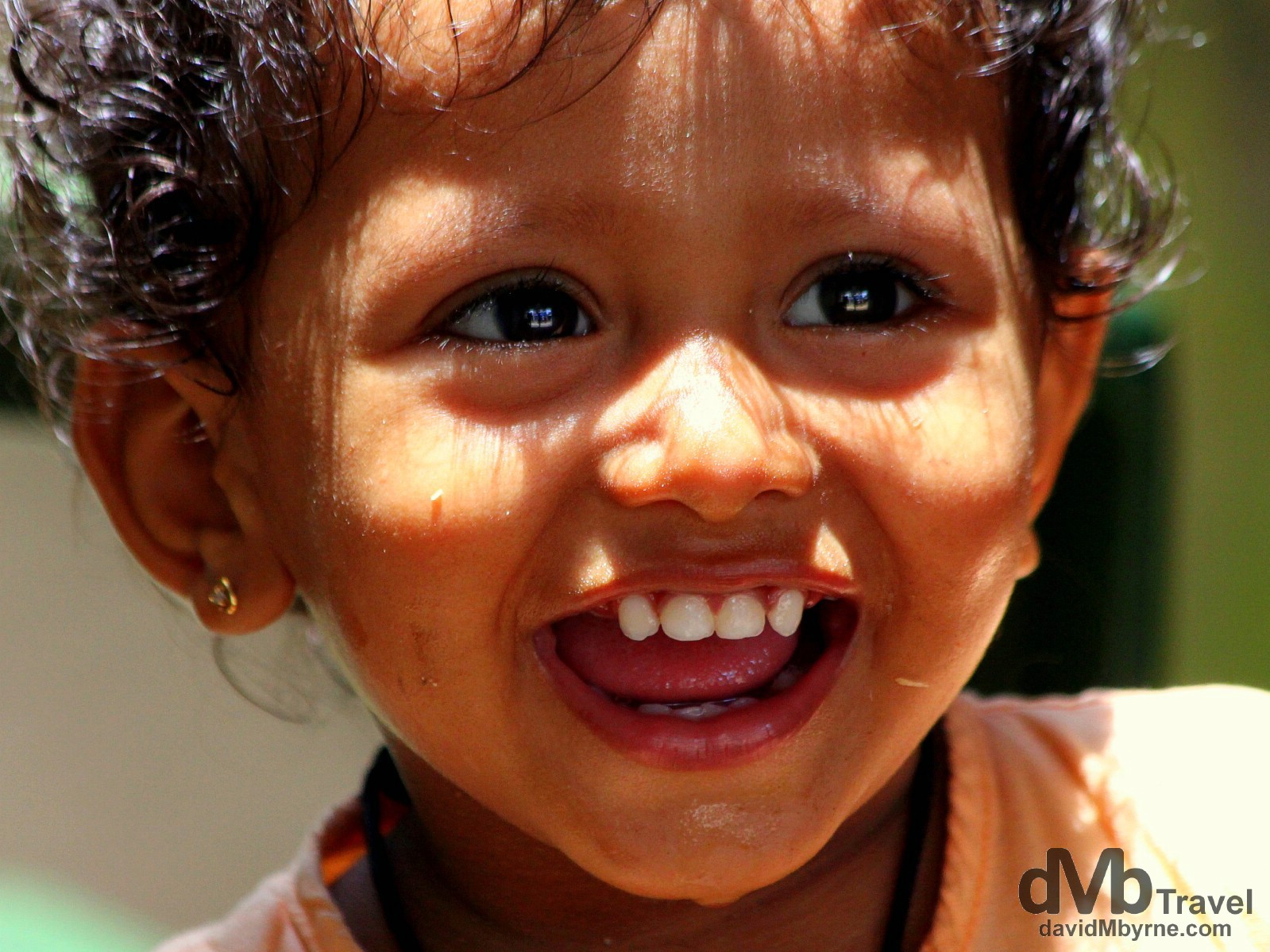 All smiles in the lanes of Unawatuna, southwestern Sri Lanka, a.k.a. ‘The Nation of Smiling People’. September 1, 2012.