The last time I travelled the 1,200+ kilometre distance between Shanghai & Beijing, China, was back in 2004 & I did so by the fastest possible train connection available at the time – a 15-hour overnight sleeper train. Now one can make the trip in 5 hours 30 minutes thanks to the new high-speed line linking the 2 cities. At €70 for a one-way trip it’s far from cheap, but topping out at over 300 km/h, the new jewel of the Chinese railway provides a first-hand example of the newer & improving China wrapped in a nice, smooth experience (the slower, cheaper overnight trains are still running by the way). 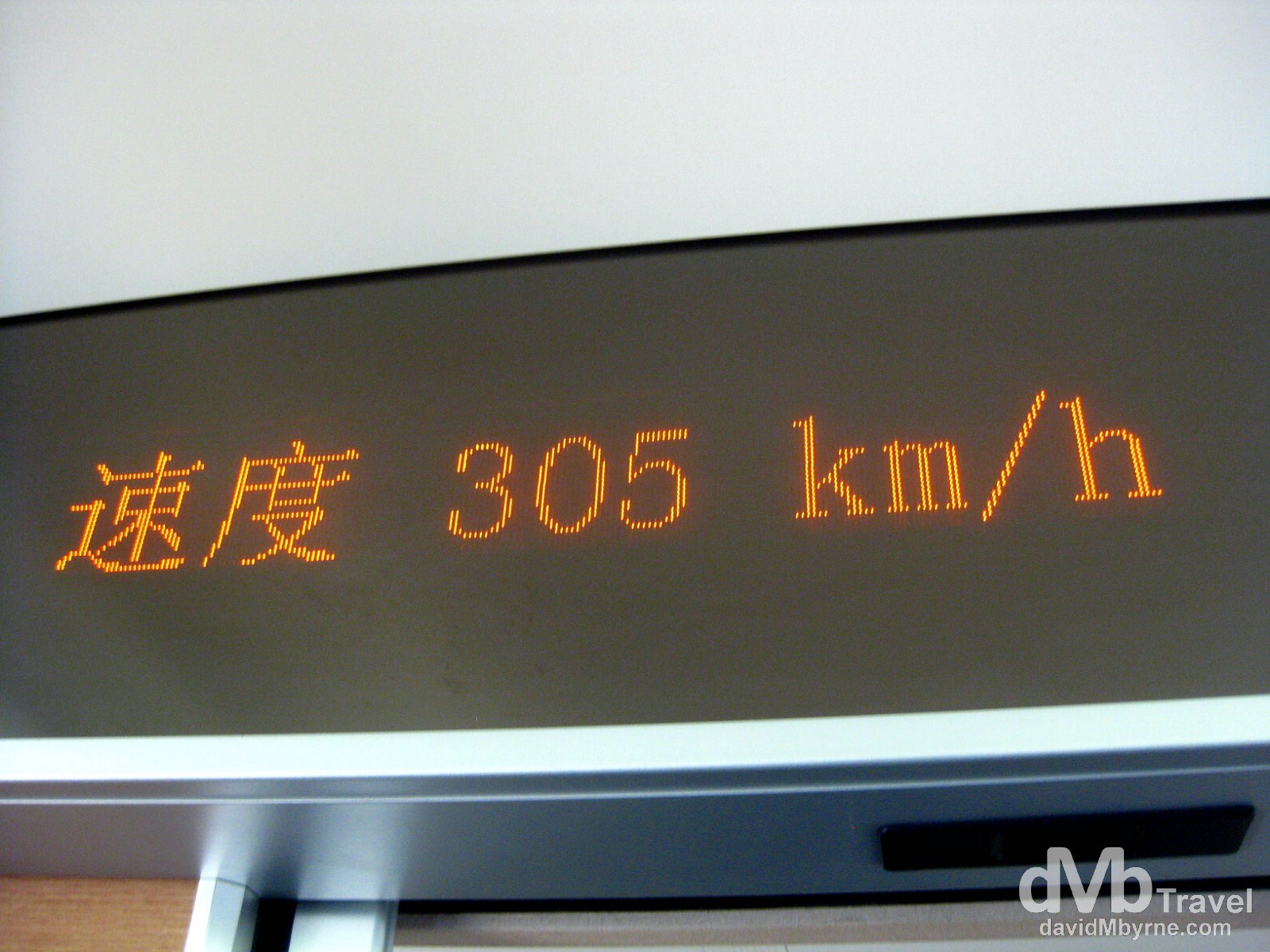