Well, well, well. That was interesting. And way too easy. Here’s hoping the ease at which I entered Mexico has set the tone for the rest of my time in the country – I was in a hotel room in Tijuana (TJ) within an hour of leaving the hostel in downtown San Diego. Just like that. Easy peasy. 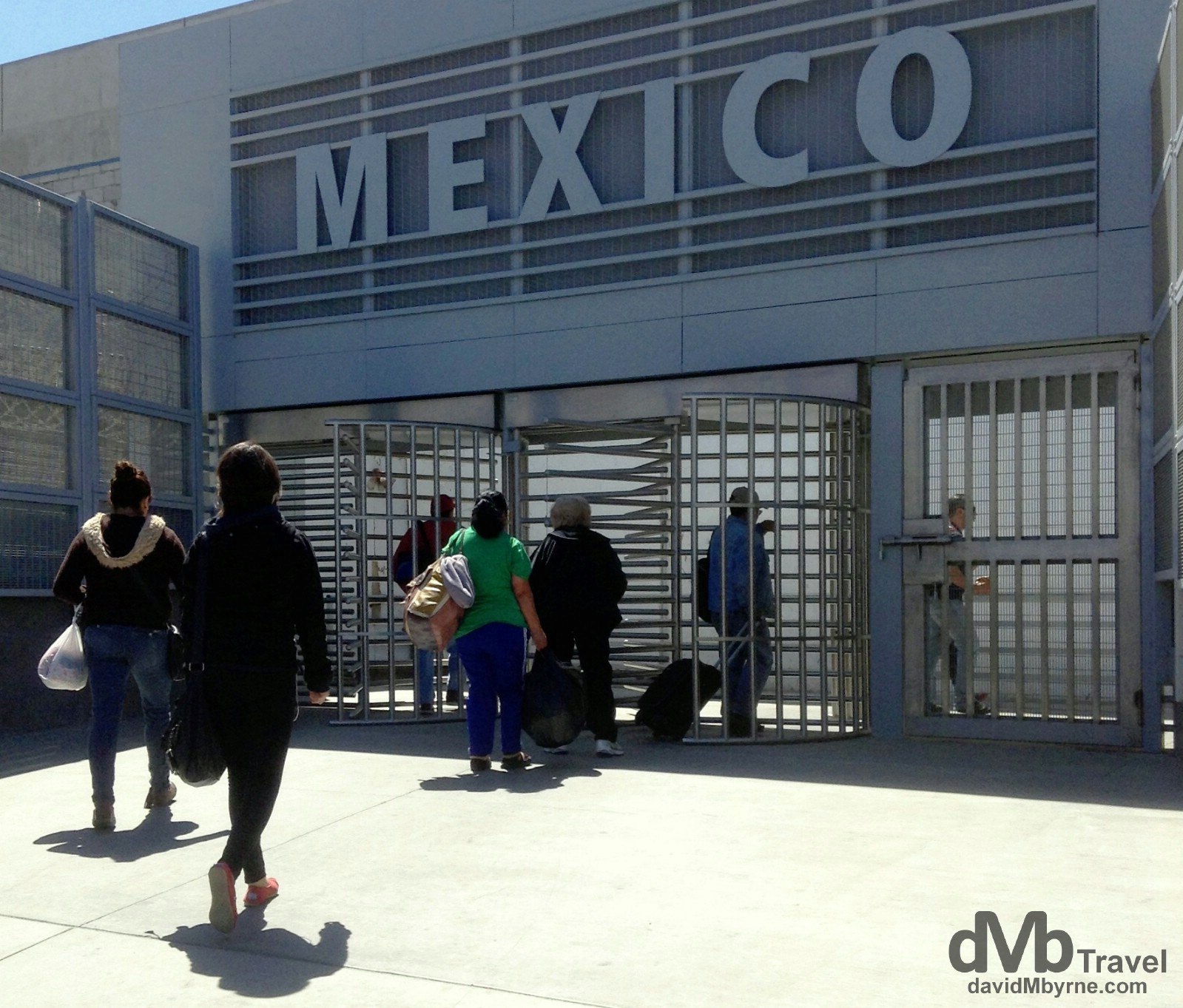 A few more steps and I’ll be in Mexico… and it was as easy as walking through this eminently walk through-able gate. At the US/Mexico border crossing south of San Diego in southern California. April 18th 2013. (iPod)

I was amazed how I was simply able to walk across the most crossed border in the world (you betcha it is) without so much as getting stamped out of the US or, get this, into Mexico. I kept looking for somewhere – an office, a booth – or something – a sign even – to point me in the right direction. But no, nothing. Nada. And no one representing officialdom on either side of the divide. It was bizarre. Having dispensed of my bags in the hotel, I went back about an hour later to address this (what I perceived to be) issue. It was partly resolved – with (still) no American officials to be seen anywhere (hard to believe but true) I only managed to inconvenience the Mexican official who I did find and who was very reluctant to stamp me into her country but who eventually did. What’s going on here? 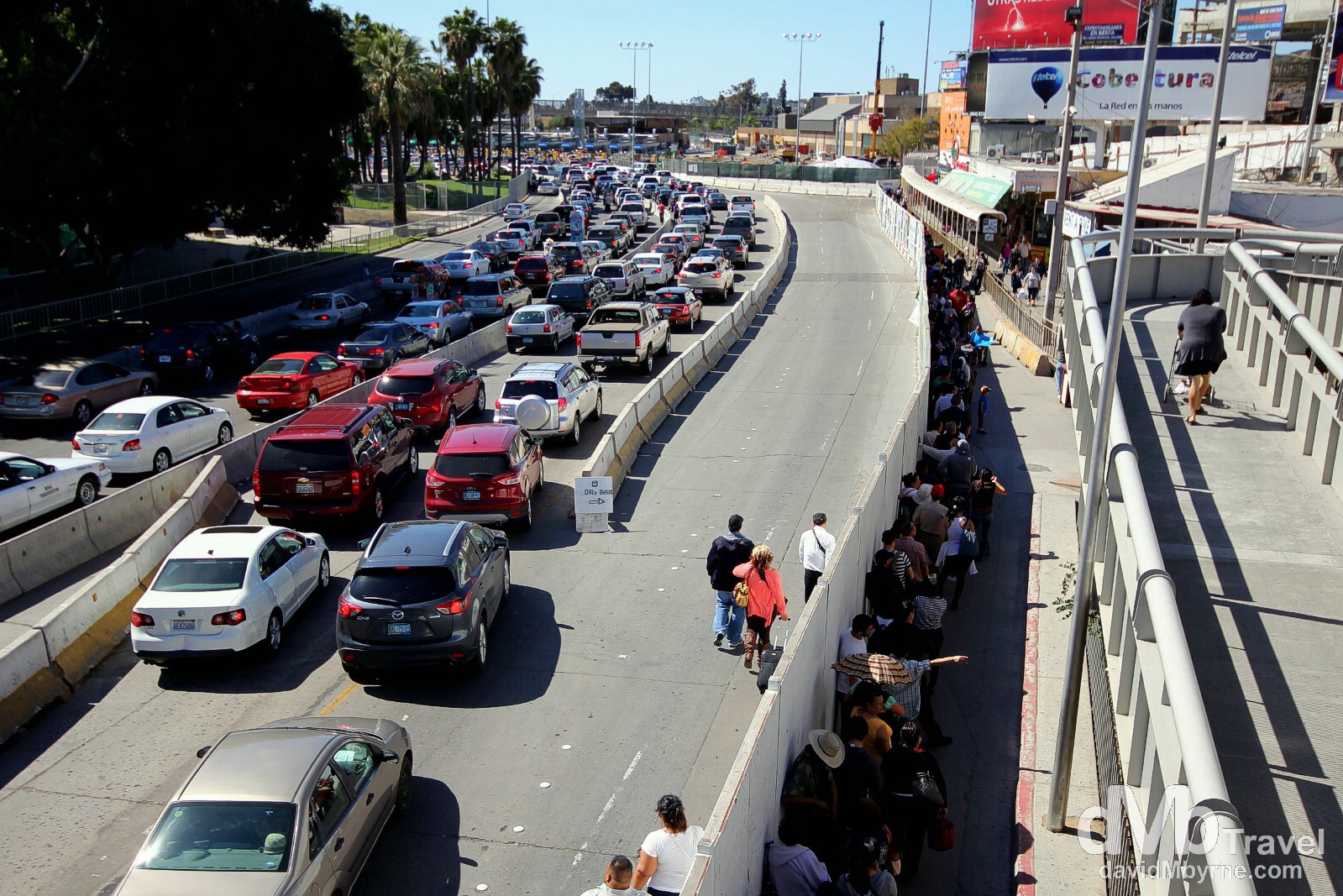 A picture taken on the short walk through/across the USA/Mexico border, having just crossed into Mexico. The cars & people seen here are queuing to get into the States (both lines stretched for quite a distance behind me also). No such queues in the other direction – and no officials either. Mexico/USA border crossing, Baja California, Mexico. April 18th 2013.

Tijuana, like most border towns, gets a bad rap – some of it warranted, some of it not. I’m not here long enough (1 night only, like a good showband) to either like or dislike it. A bad reputation or not, Tijuana for me has a lot going for it – I’m pumped to be in Mexico, even if it is here in Tijuana. That excitement meant that within a few minutes of partially sorting out my passport/visa issue I was out taking pictures. And that brought me to my next problem – Tijuana just isn’t very photogenic. 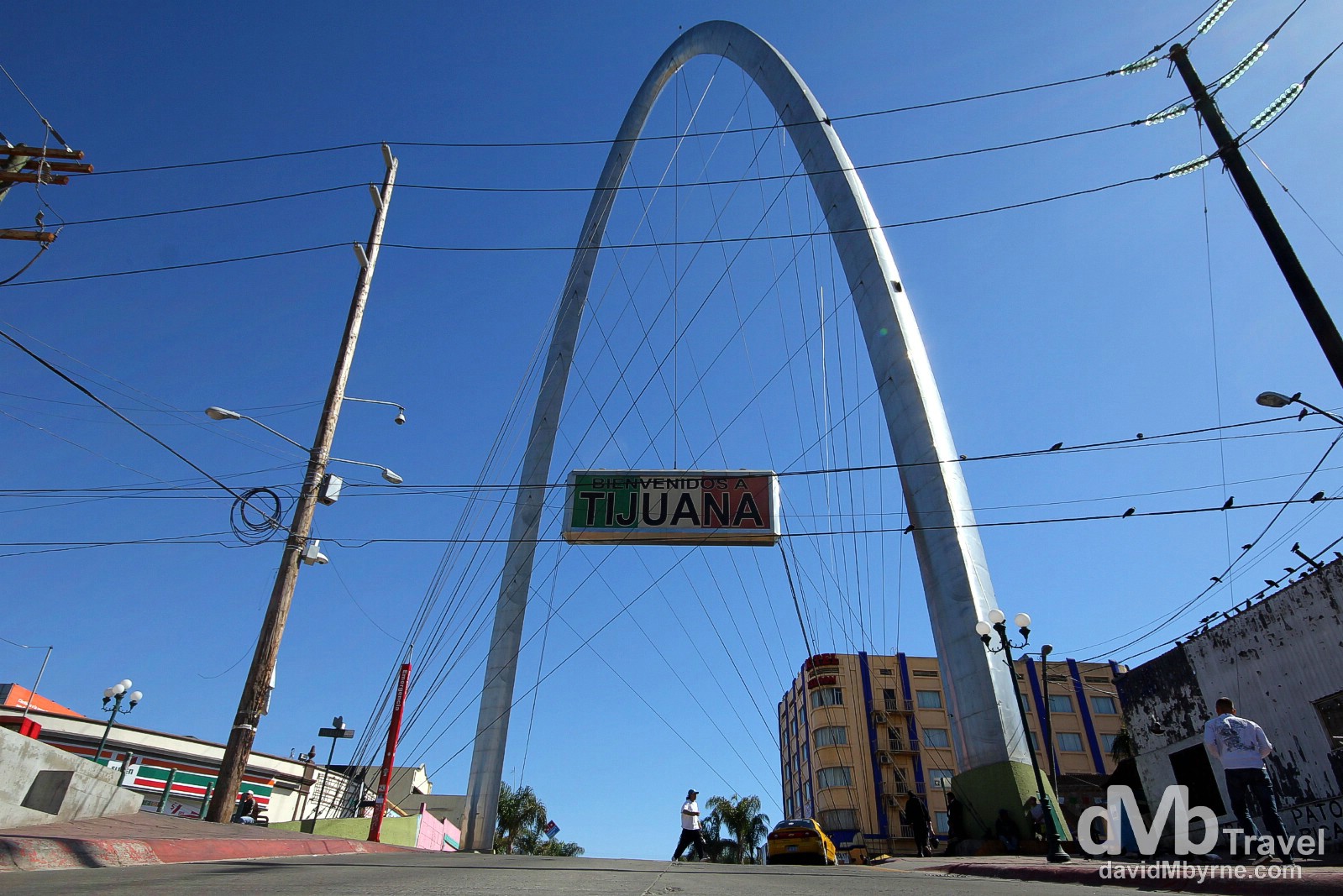 The Arch is TJ’s landmark sitting at the end of the city’s Avenue Revolucion (La Revo), it’s busiest street. I got talking to a destitute US expat on the street under the arch who told me it – the arch – was initially designed to hold a clock but seemingly the budget wouldn’t stretch to a clock when, if you’ll pardon the pun, the time came. No credible sources were on hand to verify this tidbit of information but I’ll run with it anyway. Tijuana (

Another shot of the Arch. As already mentioned, TJ isn’t very photogenic – there’s not much else to photograph here so best go to one of La Revo’s many bars and have a few Coronas. Tijuana, Baja California, Mexico. April 18th, 3013. 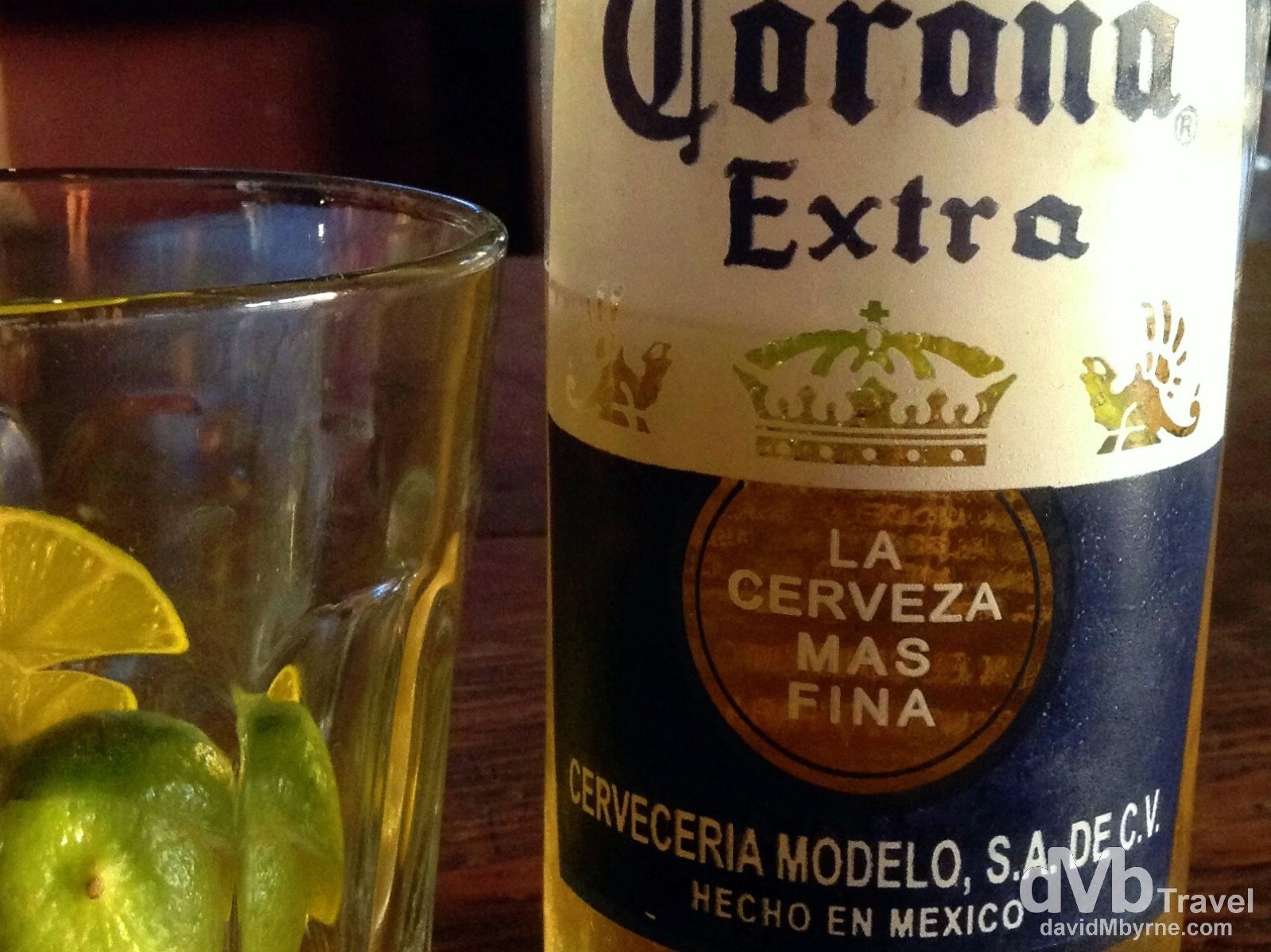 Remember, only once will you ever have your first Corona in Mexico. Only once. I had mine, all Billy no mates/Nigel no friends like, in one of the dozens of empty bars lining Tijuana’s Avenue Revolucion (La Revo). So much for TJ’s famed party scene, with not-yet-drinking-age Americans crossing the border to avail of the lower legal drinking age of 18 here in Mexico; most places on this night were closed by 9 p.m. Yep, not much stirring here at all so I’m glad I’m leaving tomorrow – I’ve an early morning flight to Guadalajara (and I won’t be hungover). Tijuana, Baja California, Mexico. April 18th 2013. (iPod)