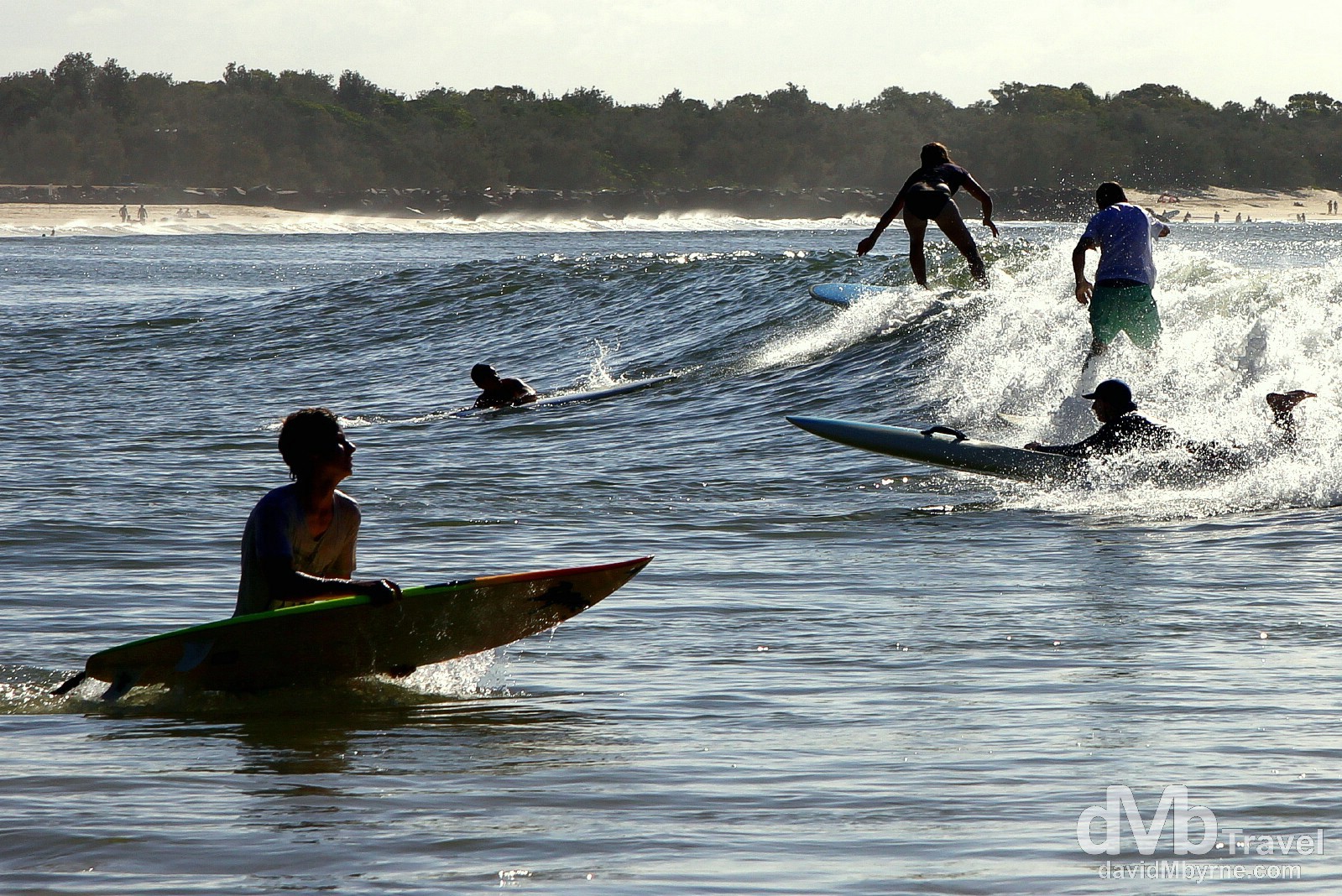 It’s the end of my forth day back in Australia. I’m in Kuluin, on the Sunshine Coast, Queensland. I’m sitting here drinking goon. It’s not bad. Not bad at all. According to Urban Dictionary goon is,

Cheap wine. Often comes in a 4 Litre Cask for around $10 Australian dollars

Mine actually cost $14 actually. Maybe there are different, higher classes of goon. Anyway, back to Urban Dictionary.

Most commonly said in Australia. “That is sum nasty ass goon. But what else can get you fucked for $10?”

Fitting In?
Yes, I’m trying to fit in here in Oz and in doing so I’m finding it hard to avoid the stereotypes, or maybe I’m just attracted to them. I dunno. Either way, I’ve been to the beach, had steaks on the barby (no shrimp), had a few beers in the Surf Club (no Fosters) & now I’m drinking the goon while sitting on this veranda. I’m also looking at the pictures I’ve taken over the last few days of sightseeing on the Sunshine Coast, pretty much all of which feature beaches, rainforests & random Aussie wildlife. It’s been a good first few days in Oz. I love Asia but it is good to be out of it, at least for now. Oz so far has been relaxing. I have a base, somewhere to call home for a bit, & I’ve nothing really to do, so it’s bound to be relaxing. It’s also clean, sunny — they have blue skies here with fluffy-white clouds, meaning it’s important to slip– (on a shirt)-slop (on the sunscreen)-slap (on a hat) — & I have access to traveller luxuries (a washing machine, an iron, clean tap water, good, safe food, & even a car) that I haven’t had up to now. Life is good.

Aussies have a special connection with the beach & in this part of the country especially it’s all about water – they love to play in it & they want to live by it. This is probably my favourite capture of the last few days, that of activity in the waters of Noosa beach. The picture was taken at the worst time of day – shortly after mid-day when the sun was at its intense best. It created a sort of a silhouette effect, one I quite like. Nossa is just one of many Sunshine Coast beaches (& one of it’s most affluent), all of which are fronted by ice-creameries, fancy eateries, boutiques, surf clubs & up-scale apartments. It’s a nice place to lounge. Noosa Beach, Sunshine Coast, Queensland, Australia. April 5th 2012.

) has to offer. It has been fun. Admittedly there’s not all that much to see – all that much that’s good I mean. There’s no doubting that this is a beautiful part of the world, but truth be told The Sunshine Coast has its fair share of tacky tourist traps (The Big Pineapple, Aussie World etc.). Australia Zoo is the stand-out exception, a world-class attraction if ever there was one. I have, not intentionally mind, seemed to have spent most of my time getting at one with nature – I’ve seen a lot of National Parks & rainforests, had a few picnics, stared at a few mountains, walked the streets of a few quaint country villages & not so quaint seaside towns & of course seen quite a bit of beach & beach activity (surfers, lifeguards etc.). All of that, the aforementioned tacky attractions & suburbia seems to be what the Sunshine Coast is all about. 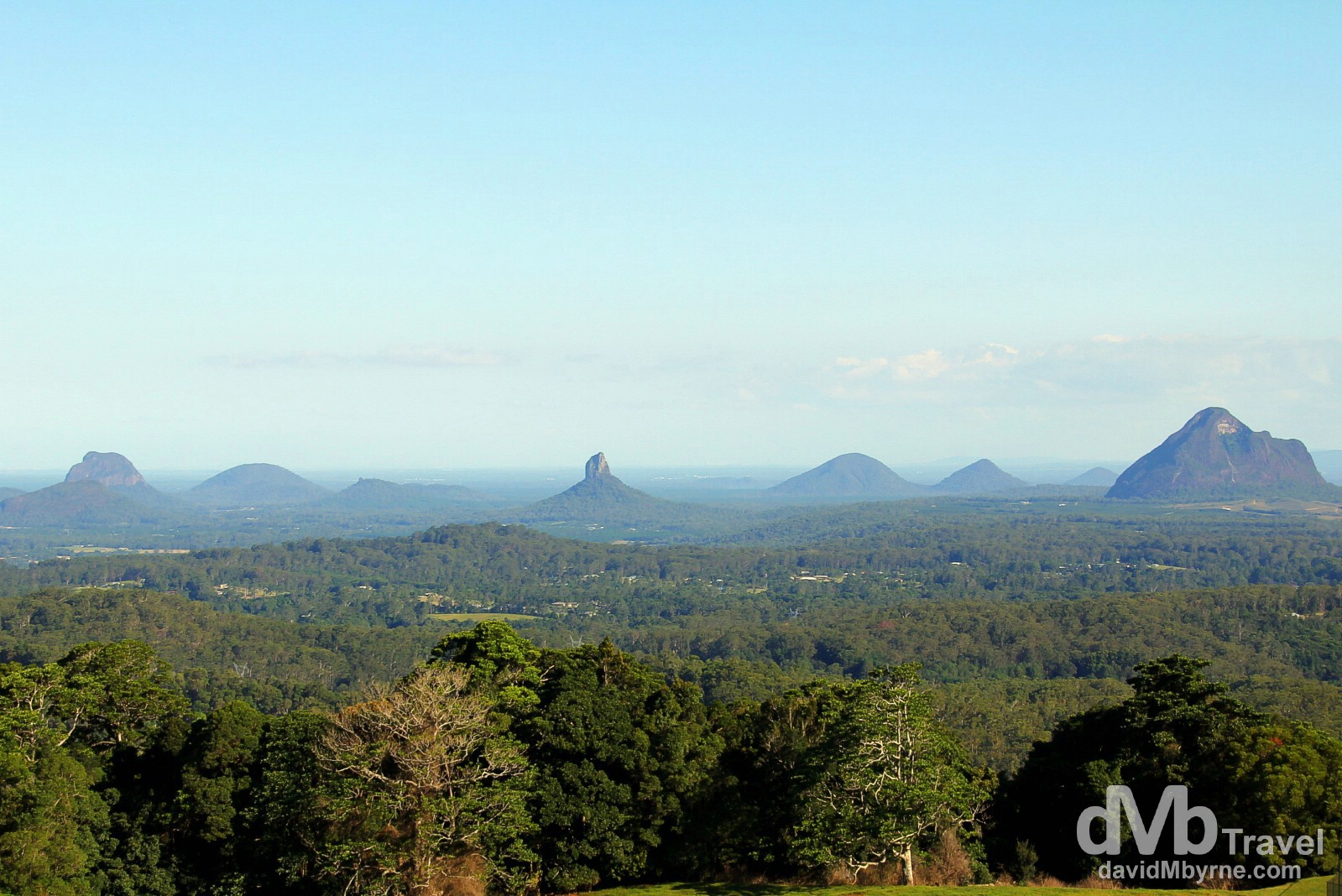 The Glass House Mountains as seen from a lookout in the Mary Cairncross Reserve. The mountains are a group of eleven hills, volcanic plugs of hard alkali rhyolite, that rise abruptly from the coastal plain, the results of ancient volcanic activity (it is estimated) some 27 million years ago. Although they are called such, they are not exactly mountains and are not all that high – the highest, Mount Beerwah, is only 556 metres above sea level, but shrouded in mist they, and the plain they sit on, are a beautiful sight. The mountains were named by explorer Captain James Cook on 17 May 1770 as the peaks reminded him of the glass furnaces in his home county of Yorkshire. Queensland, Australia. April 4th 2012. 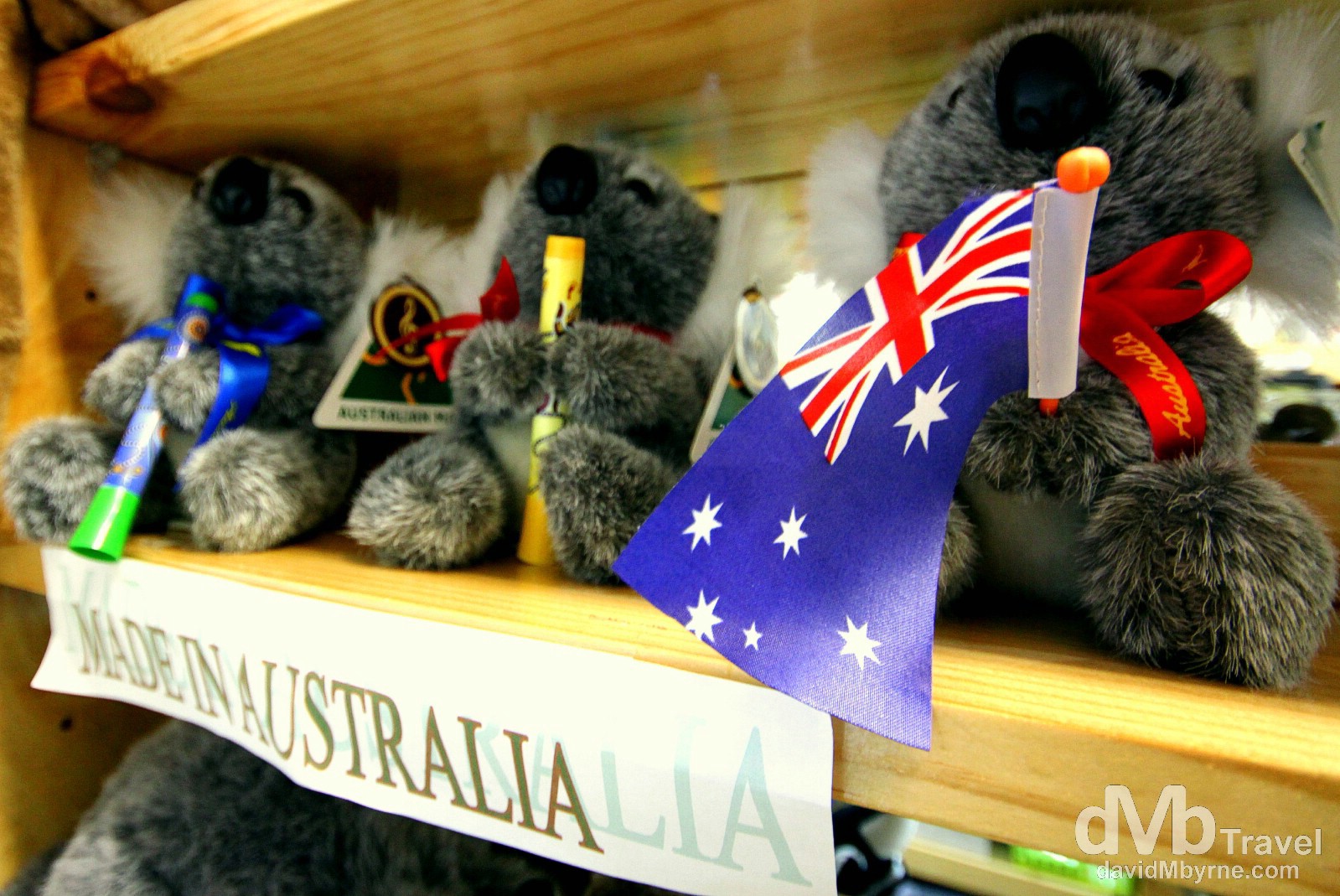 The Sunshine Coast isn’t just about beaches & scenery. It has some nice mountain retreats, one of which is Montville, a fashionable village full of air & graces, Devonshire tea rooms & cottage crafts. It was in a tourist shop that I saw these stuffed, Made In China Koala bears which I thought were cute, & very Australian. There’s gotta be some real koalas around here somewhere. Maybe. Maybe not. Travellers Treasures, Montville, Queensland, Australia. April 4th 2012.