The Interrogation, India || Riding The Rails 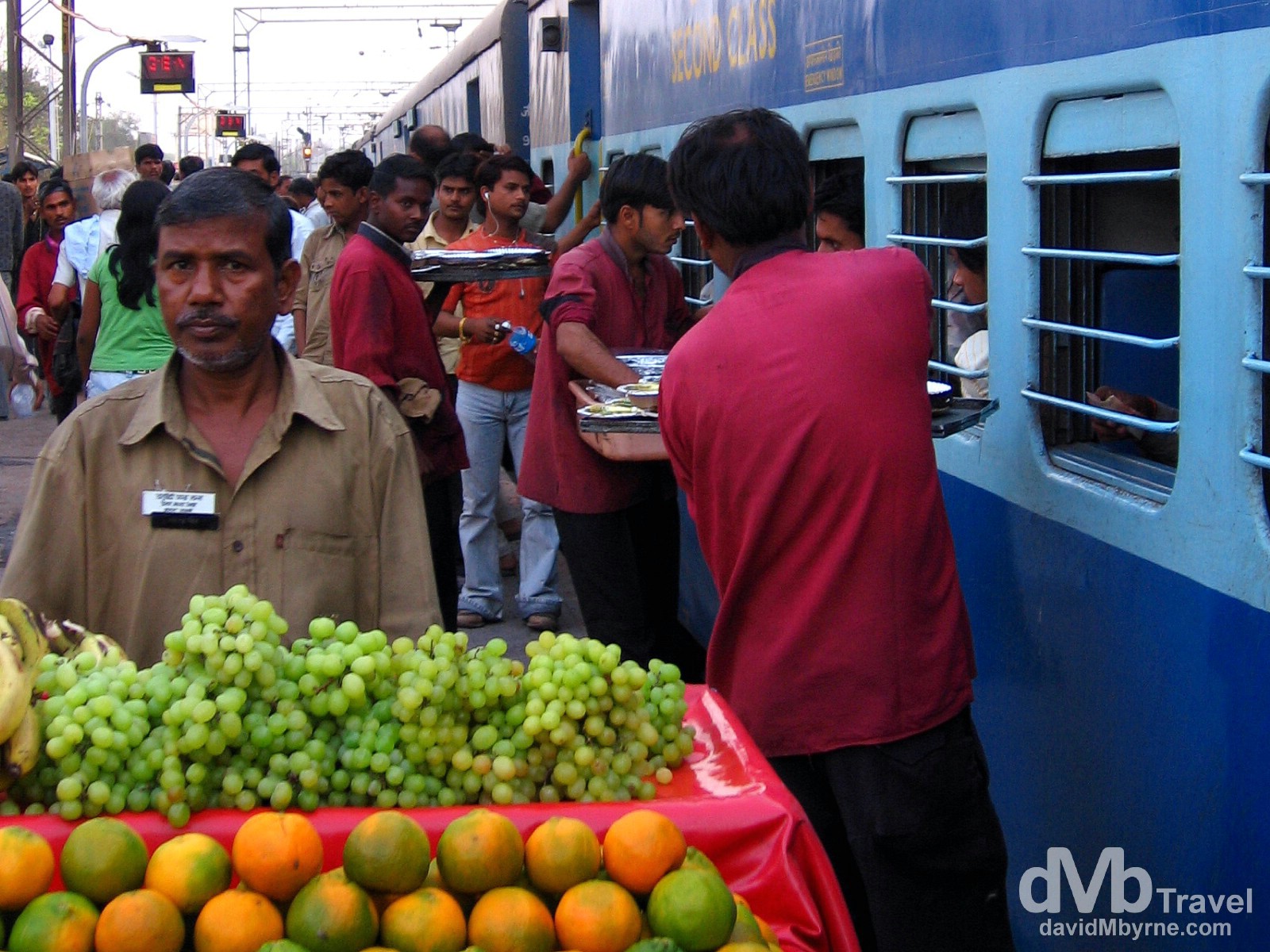 We seem to be spending a lot of time on Indian trains lately. We´ve been on this train, the Goa Express, for 31 hours now and there are still about 8 more to go. We´ve already spent 1 night on-board and we´re about to settle in for night number 2. When you spend two nights on a train, even on a slow Indian one (which this one isn´t, after all it´s an Express), you know you´re going a long way. 1,700km is a long way. That´s the approximate distance between the Indian capital of Delhi (where we left at 3 p.m. yesterday) and Goa, on the Indian Arabian Sea coast, where we´re headed to. It´s been a fairly uneventful 31 hours so far. We´ve both spent the majority of the time in our upper level bunks, reading and banging our heads on the roof of the 3rd class compartment carriage we´re in. I always like having upper bunks. Yeah, you´re right beside the air-con unit and if you happen to fall out of bed you´re in trouble but, that aside, having an upper bunk is good because it gives us somewhere to escape to if you need to… and we have needed to. An Indian family `shared´ the 6-berth compartment with us from the time we left Delhi until 11 a.m. this morning. I say `shared´ but they, and the 2 large suitcases each of them brought on-board, sort of took over the limited space of the compartment, somewhat forcing us to take refuge in our bunks. Not that we minded too much. We had our books. It´s now 9:30 p.m. and we´re due into Goa at 5:30 a.m. in the morning. We´re hoping to get a good, albeit short, nights sleep tonight as neither of us did last night.

Vendors tending to the passengers on the Goa Express from the platform of Agra train station, Agra (

Westerners have an ambiguous status in Indian eyes. In one way, you represent the rich outsiders, whose culture dominates the world, and the old colonial mentality has not completely disappeared. On the other hand, as a non-Hindu, you are an outcaste, your presence in theory polluting to an orthodox or high-class Hindu, while to members of all religions, your morals and your standards of spiritual and physical cleanliness are suspect.

The Indian family we were sharing our train compartment with until 11 a.m. this morning drummed up a conversation with Pat as he was attempting to read his book yesterday evening. I was studiously hiding away up in my berth, lost in the Godfather book I had started earlier in the day, but was listening to the conversation/interrogation with interest. We now know what an Indians idea of a conversation with a foreigner is; questions. Lots of them, one after another. About the only thing Pat wasn´t asked was if he prefers blonds of brunettes (for the record it’s brunettes). The most interesting question he was asked was what was his favourite food. It was only interesting because of how Pat answered it.

“Steak,” Pat proclaimed, forgetting until after his proclamation that Indians, as Hindus, don´t eat beef.

“Steak. Mutton steak?” was the follow-up question he was asked.

Btw, during the conversation/interrogation Pat was told he looked about 22 years old and he was asked if he, get this, was a bodybuilder. Low lighting in the carriage maybe.

Recent Observations
· Just wondering, that´s all
A question for any Indians out there who may be reading this. Why do all you guys shout at each other when you´re having a conversation, even if you´re right beside each other? Oh, and do you guys, especially those of you who travel in train carriages, ever actually shut up? No offense intended; as westerners we’re just trying to understand you guys, that´s all.

· Tempting fate?
We´ve been eating Indian train food for the last two days (actually, we´ve been eating Indian train food for 4 days now if you include the meals we got on the trains to and from Chandigarh and Agra). No problems to report as yet, except for the quality, and variation, of the food that is. Curry, rice, curry, rice, curry &, emm, more rice.

· Palolem it is then
We found time on the train earlier today, pre-interrogation, to decide which of Goa´s dozens of beaches we´d spend our time on. It was a tough decision. Having read the guidebook we decided a lot of them didn´t suit for reasons varying from beaches with lack of good accommodation options to beaches which attract devil-may-care Israelis. We settled on Palolem beach in south Goa, the beach I spent a week on back in November 2005. Back then at least the beach was idyllic, had great food, good cheap accommodation and plenty of places to drink. Here´s hoping it hasn´t changed all that much.