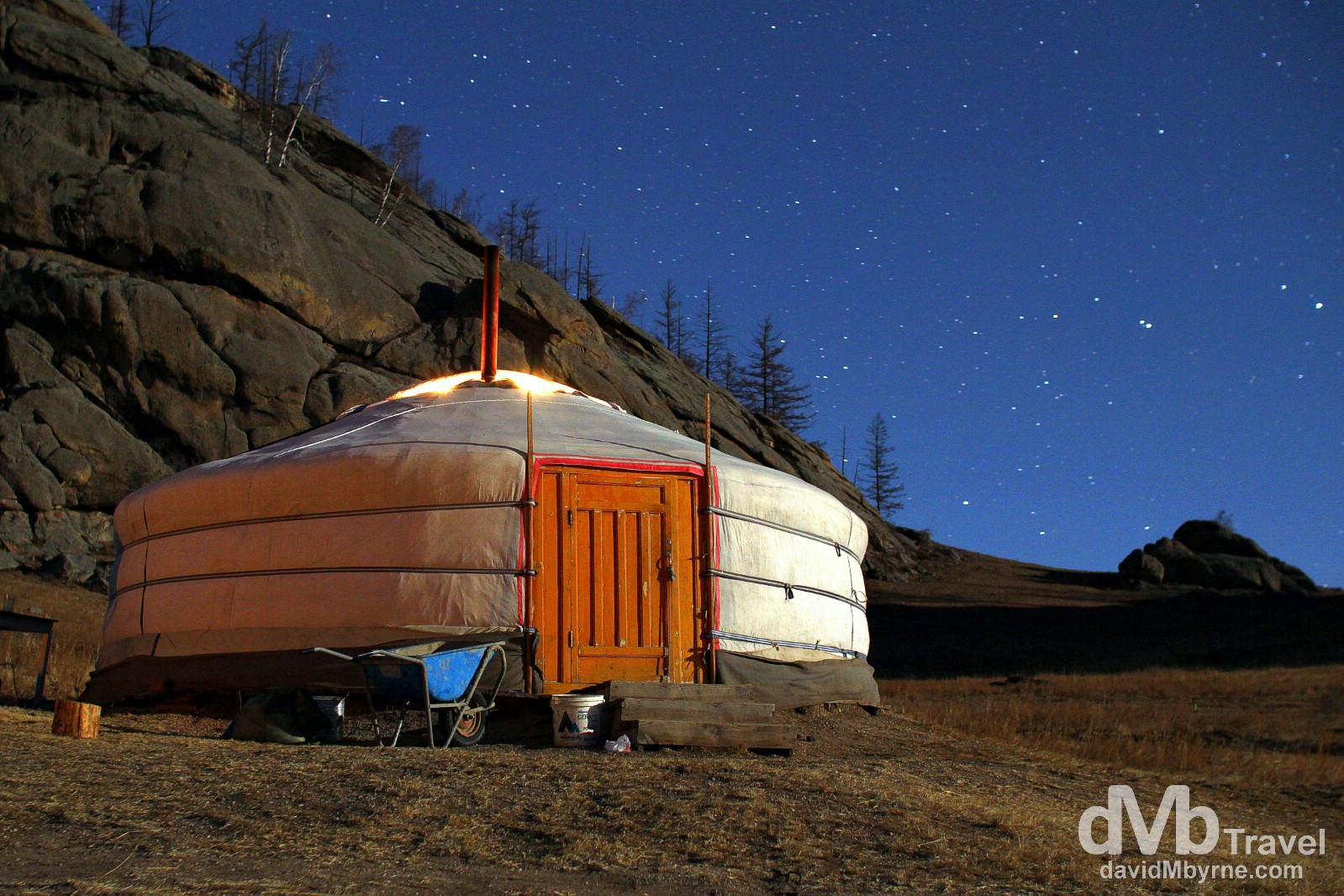 Few places on earth scream of the great outdoors like Mongolia. The very word conjures up visions of the untamed – Genghis Khan, nomads wandering the Gobi Desert with their livestock, & wild horses galloping across the endless steppes. Yes, the land without fences, the 17th biggest country in the world, is an outdoorsy sort of place. A boy scouts dream come true. My latest visit to the country was my second and I was determined, having failed the first time, to get out among all that nothingness. 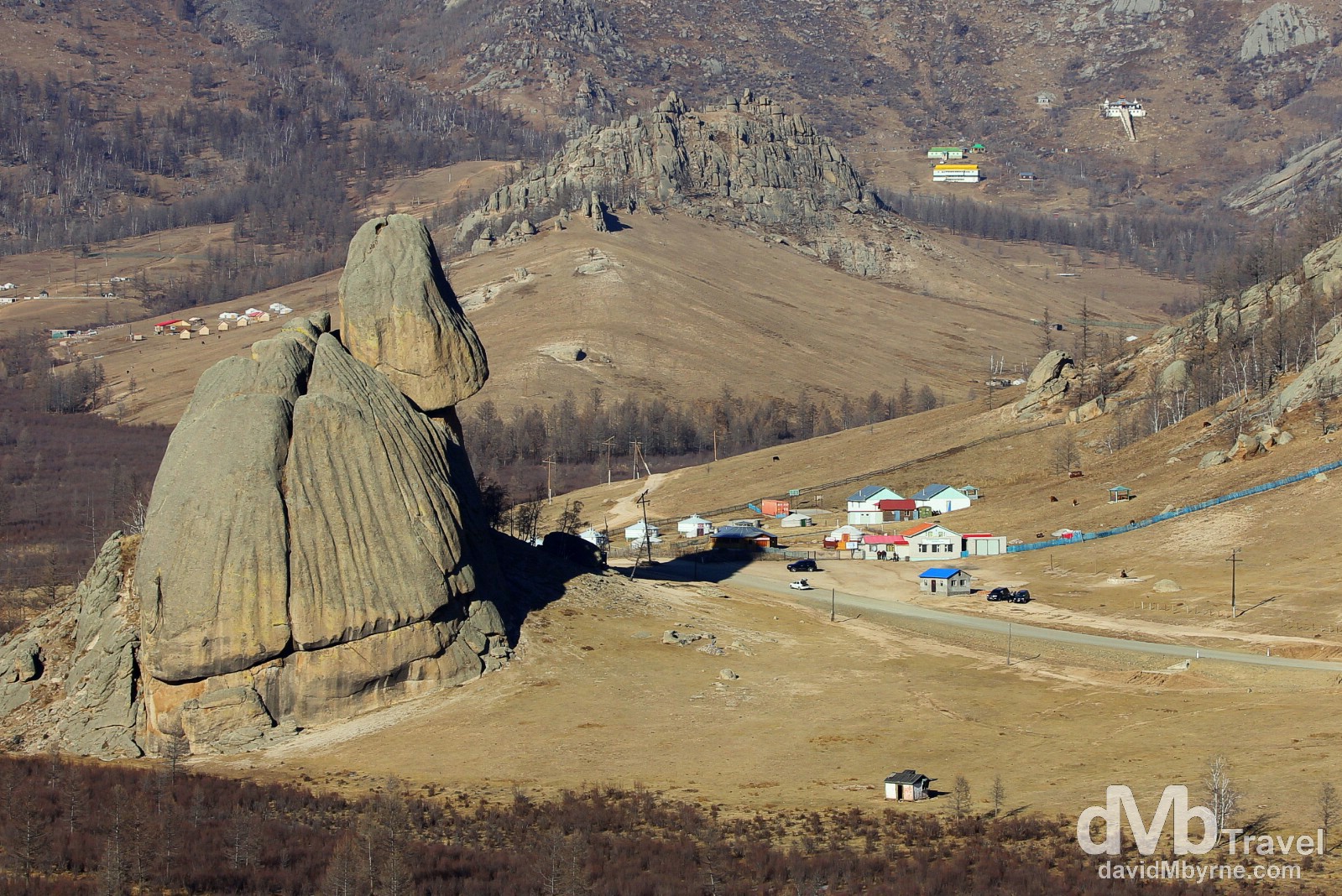 Terelj National Park, home to a few well-known rock formations including Turtle Rock, is a couple of hours drive on bumpy, dusty roads from the Mongolian capital of Ulan Bator. It’s more touristy than authentic, more hilly than flat, but still offers the most convenient escape from the capital & has enough untouched open space to satisfy most. 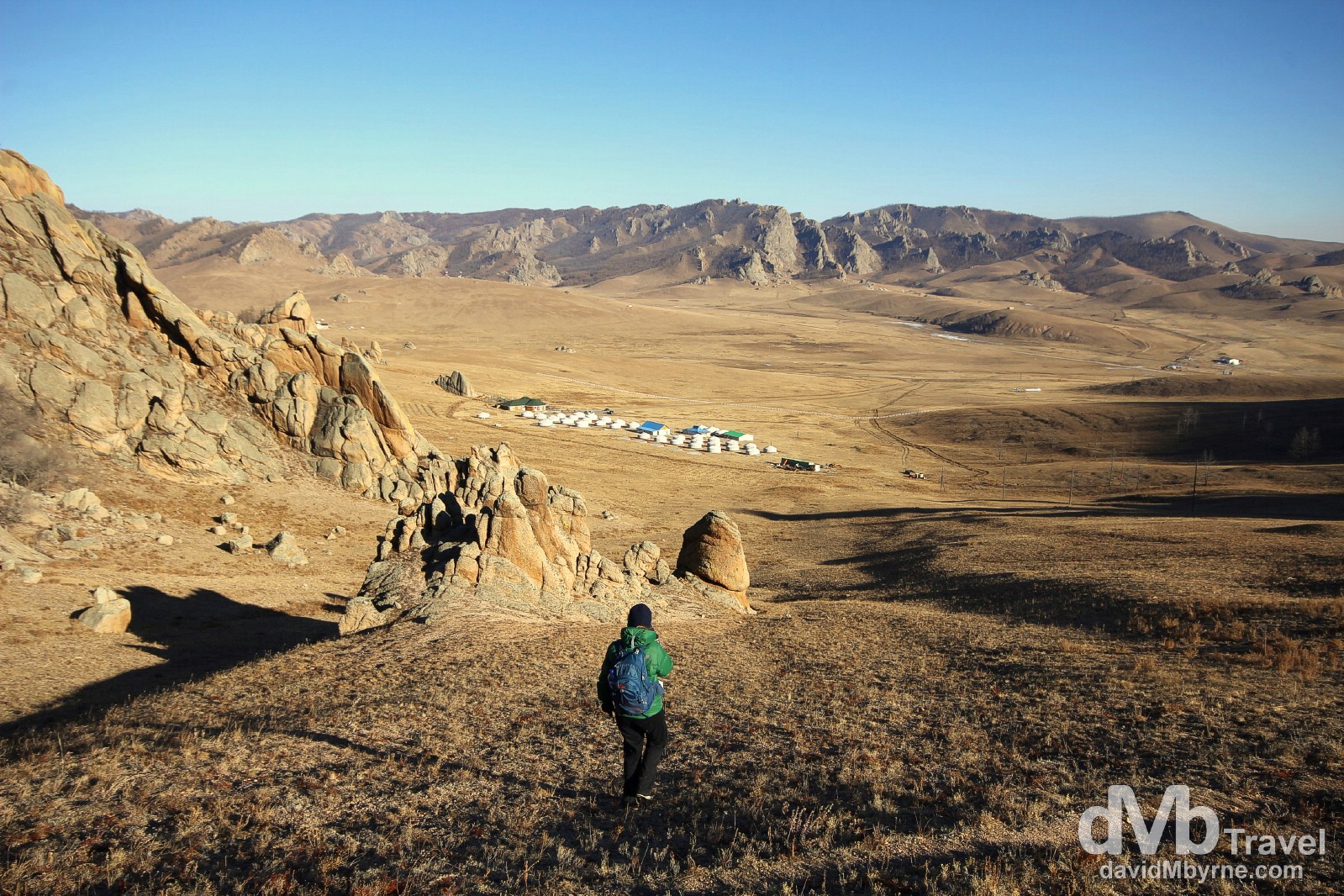 Approaching the Guru Tourist Camp after a I-do-not-want-to-get-lost-out-here ramble in the Mongolian countryside of Terelj National Park. A small portion at the southern end of the park, seen in the distance, is developed for tourists, meaning it offers ger accommodation in a tourist Ger Camp. Terelj National Park, Mongolia. November 3rd 2012.

A 30-second exposure of a Ger in Guru Tourist Park, Terelj National Park, Mongolia. While a far cry from an authentic Mongolian ger experience, spending a night or two in a tourist park ger is still the highlight of a visit to Mongolia for many (it was for me). I spent two nights in one of these gers and thankfully it was as warm and the glow emanating from the top of this one. This picture, the result of two nights attempting this shot, was captured in sub-zero temperatures (while not the depths of winter yet, it’s still bloody cold here in November) & almost black darkness – the only available light was that escaping from the apex of the ger, which I used as a manual focus point for the shot. Numerous shots were taken to first get the exposure right & then the orientation (which still isn’t quite there) – this was on a hill and with no tripod I found myself using an oil can to support the camera & a few lens caps, sticks & stones to straighten up the shot. Guru Tourist Camp, Terelj National Park, Mongolia. November 3rd 2012.

Mongolian Ger
A ger is a traditional circular tent with an outer & inner layer of (usually) canvas & an insulated layer of felt sandwiched in between (more layers in winter, fewer in summer). It’s all supported by a collapsible wooden frame, meaning the ger can, if needed and depending on size, be assembled in 1 to 3 hours, perfect for Mongolia’s 390,000 thousand nomadic herdsman who, while tending to some 30 million livestock (sheep, goats, cattle, yaks and camels – pigs and chickens are not kept in Mongolia), need to be flexible and mobile so they can move their settlement in search of better grazing. No lack it here in the Guru Tourist Park, but in the absence of electricity candles or lamps provide lighting and there is normally a stove in the centre used for cooking and heating. Toilets are always outdoors and if showers exist at all they’d be found in a bathhouse serving a ger settlement or community. Unchanged in centuries, a ger is still the preferred housing for most Mongolians, even in the suburbs of the cities. Needless to say out here in the countryside it’s all you’ll see.